Russia-backed militants made 19 precision attacks upon the Ukrainian troops’ positions over the last day. They fired a total of 131 mortar rounds (82-mm and 120-mm ones), reported Ukrainian Ministry of Defense spokesman on ATO Colonel Dmytro Hutsulyak at a press briefing at Ukraine Crisis Media Center. 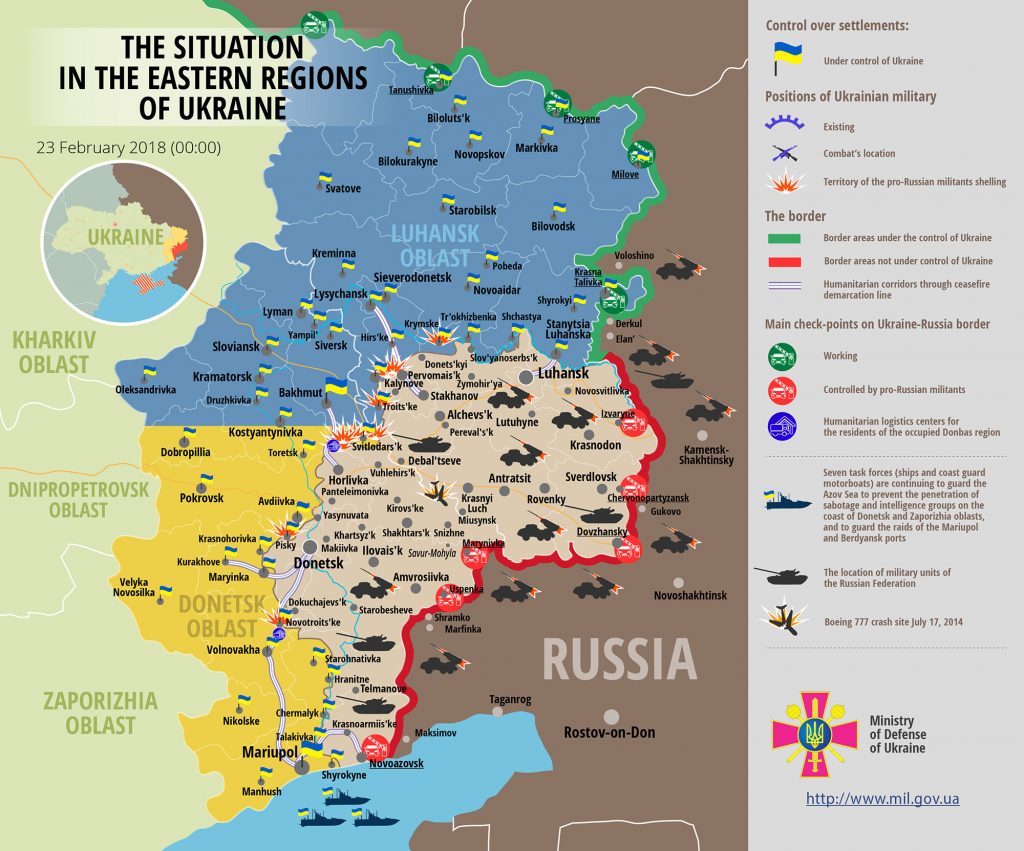 In Luhansk sector, Russian proxies delivered 17 attacks having fired 115 mortar rounds. The attacks started at 08:00 and continued until midnight. Near Luhanske militants attacked Ukrainian troops’ positions five times, near Krymske and Troitske they conducted three attacks at each location. Militants used 120-mm mortars near Luhanske and once outside Troitske, and shelled Ukrainian troops’ positions near Katerynivka, Krymske, Luhanske and Troitske with 82-mm mortars.

In Donetsk sector, the enemy shelled Ukrainian troops’ positions in Novotroitske and Pisky areas with 82-mm mortars having launched 16 rounds.

Unfortunately, one Ukrainian serviceman was killed and another one wounded in action.

Report on the military developments as of February 22 is available here. Interactive data on the shelling: chronology shelling chart and the interactive map.