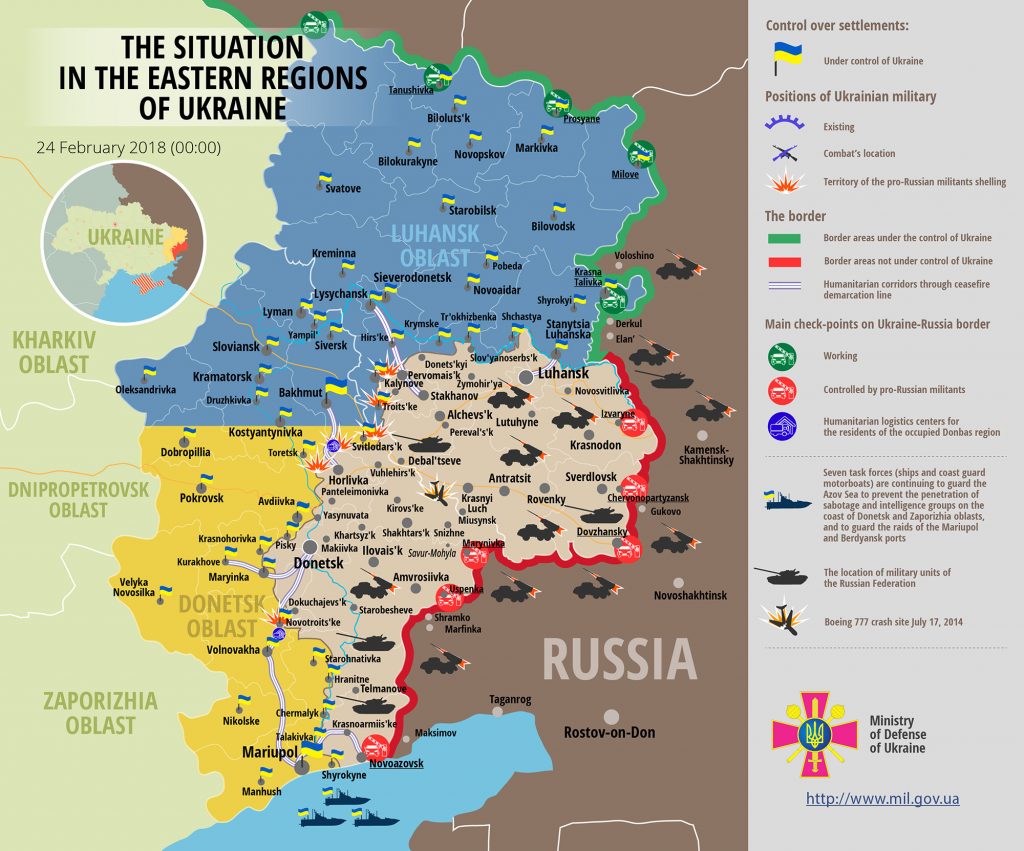 In Donetsk sector, Russian proxies delivered an attack on Ukrainian troops’ positions near Novotroitske using 120-mm mortars, grenade launchers and other infantry weapons. The attack started at 22:00 and continued for nearly two hours.

Report on the military developments as of February 23 is available here. Interactive data on the shelling: chronology shelling chart and the interactive map.