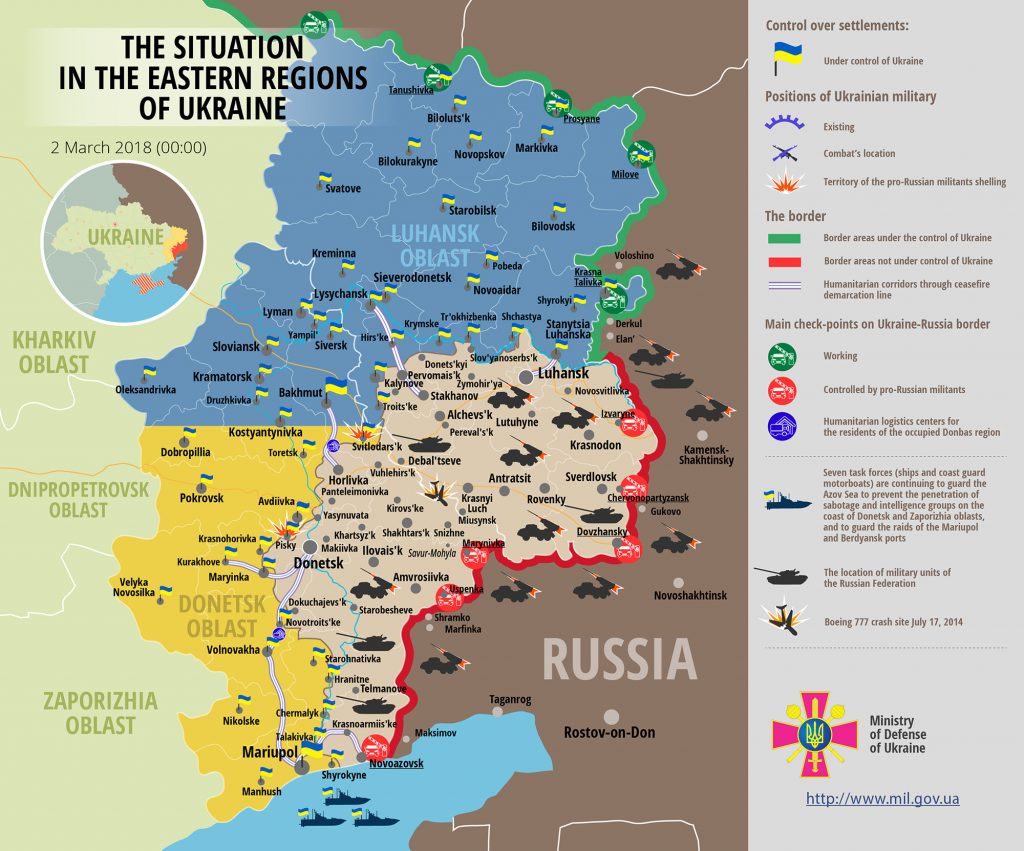 In Donetsk sector, Russia-backed militants violated the ceasefire in Pisky area. “Between 22:00 and 23:00 the enemy used 82-mm mortars along with IFV mounted weapons and grenade launchers. Militants fired a total of ten mortar rounds in this attack,” Colonel Hutsulyak elaborated.

Report on the military developments as of March 1 is available here. Interactive data on the shelling: chronology shelling chart and the interactive map.