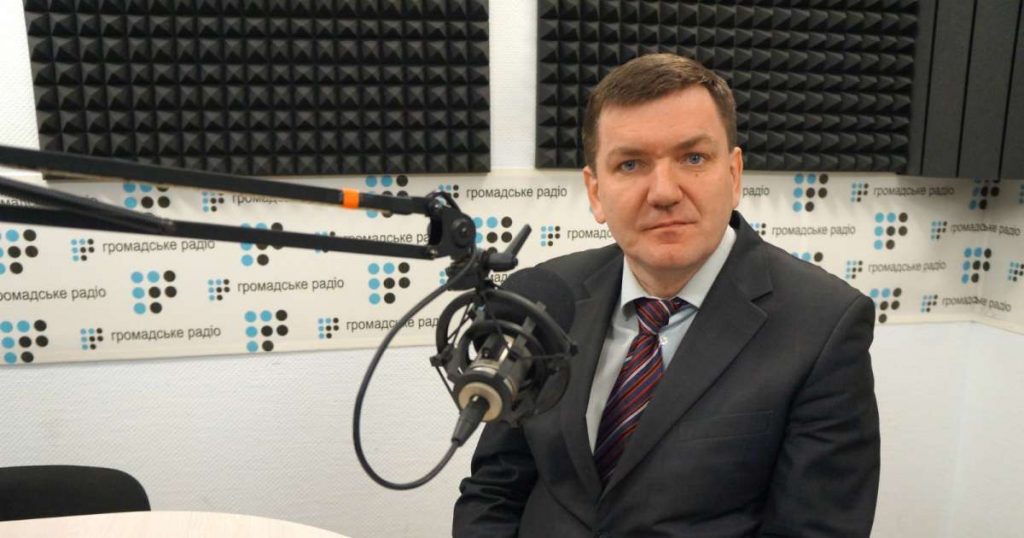 Throughout Euromaidan, often referred to as the Revolution of Dignity, over 100 persons were killed and over 1,000 got wounded in the clashes between the protestors and law enforcement officers in Kyiv. Most of the killed activists were shot by snipers on February 20, 2014. The Office of the Prosecutor General keeps investigating into these crimes. How the investigation is going and where it now is, the Ukrainian Radio (Ukrainske Radio) asked Serhiy Horbatiuk, Head of Special Investigations at the Office of the Prosecutor General of Ukraine. UCMC publishes an abridged translated textual version of the interview.

The Ukrainian Radio: At what stage is currently the investigation on Euromaidan?

Serhiy Horbatiuk: There is the “Big Case” of Maidan that comprises all the crimes committed during those events. At the same time, the investigation concerns particular episodes. (…) A total of 3,400 episodes concerning the Kyiv events are united into 48 criminal proceedings. In each of the episodes we have identified either the executors, or the intermediaries, or the organizers, they have been charged with the crimes. It’s only in the episodes that concern the first Maidan killings – those of Serhiy Nigoyan, Mykhailo Zhysnevskyi and Roman Senyk (in January 2014) – that we have identified neither the executors of this crime nor the persons who gave them the order.

U.R.: Only one person is currently serving his term in prison, right? It is a “titushka”, not a high-ranking official.

S.G.: Correct, it’s not a high-ranking official. Two “titushkas” [thugs, paid to provoke and assault Euromaidan protesters – UCMC] were imprisoned. By the moment when the sentence was passed (the second one) was considered to have already served his term [the term of his pretrial detention covered the term of the sentence as per the Savchenko law – UCMC]. As to the high-ranking officials, the documents concerning commanders of Berkut riot police battalions, then-deputy minister as well as the then-head of the Kyiv city state administration were sent to the court already in March 2015. (…) In the majority of the proceedings, the preparatory hearings continue for a year or two, while they have to be held in one day. Indeed, there is a problem that the cases are actually not being considered in courts.

An example where we see that the case is moving is the one in which five Berkut policemen were charged with killings on Instytutska street. The case is being considered twice a week. The number of victims they are incriminated with is 48 persons killed.

U.R.: You have addressed the Russian Federation regarding the extradition of the 20 Berkut policemen who are currently in possession of the Russian citizenship.

U.R.: You studied relevant practices of other countries including those of Lithuania. Is there a viable mechanism to hold them liable?

S.G.: Indeed, our investigative prosecutors together with the lawyers of the families of Heavenly Hundred [collective name for the killed Euromaidan activists – UCMC] went to Lithuania to familiarize themselves with the course of the investigation into similar events that took place in Lithuania in January 1991. Back then, 15 persons were killed and over 700 were wounded. The main thing is not to give up. They finalized the investigation 23 years after those events. At a certain stage, there was not enough support on the part of the leadership of the state and of law enforcement to keep those investigations advancing. With the new President in office, Dalia Grybauskaitė, it became a priority for the law enforcement. (…) When events of such a scale are investigated, it cannot be driven by victims or a separate investigative department, it needs to become a matter of state importance as well as to comprise all the ministries and agencies involved.

U.R.: In your opinion, who or what is hampering the consideration of the Euromaidan case today?

S.G.: It is a series of reasons that can be split into pretrial investigation and consideration in court. There are objective and subjective factors to it. Among the objective ones is the massive destruction of documents as well as the fact that the necessary initial steps were not made at the time.

U.R.: Is there a political will to have these cases investigated?

S.G.: There is no open counteraction, no one is telling us “don’t investigate it”, no one openly neglects our requests or creates obstacles. However, in these years we presented a huge number of assistance requests. (…) When reporting in course of the three years during which our Department is operating, to achieve the result, I was always naming the problems that exist, but nothing changed. I was reporting it to the leadership of Prosecutor General’s Office and the leadership of the state. At some moment it became clear to me that it is not the lack of understanding of some details or negligence, but rather a systematic intention not to be helping. The last argument (to prove that) became the situation when on November 20, 2017, the powers of investigators of the prosecution expired, their powers became limited. The Verkhovna Rada (Ukraine’s Parliament) has not yet adopted a decision to re-expand these powers. In such a way, they are calling into doubt our powers as to investigating the Maidan killings. There is no reaction to that. Right after that, I realized that this is not some kind of a mistake but rather targeted actions.

U.R.: The prosecution is currently focusing on the executors, how come the role of the organizers is not examined well enough?

S.G.: There is no focus on either of them, but it may possibly seem so. The only thing is it is more complicated to be collecting evidence against the organizers because the circle of persons that used to discuss and make the decisions, they have almost entirely fled Ukraine. This prevents us from getting direct proof, therefore we have to collect indirect evidence. In relation to almost all the events, we charged the former president, (former) Minister of Interior and his deputies, (former) leadership of the Kyiv city police that was coordinating all the units on the streets of Kyiv, as well as the Berkut leadership. The organizers have been identified but taking into account that the evidence is mostly indirect, the work to have them identified continues and will proceed further.

U.R.: As to the version of the involvement of Russia’s special services in the Maidan events, how is the investigation going?

S.G.: Indeed, in course of the investigation we have identified both the presence and certain assistance to the law enforcement agencies of Ukraine on the part of the law enforcement agencies of the Russian Federation. The only thing is, one should differentiate, often in the media and on social media there are reports that someone saw particular (Russian) snipers or law enforcement staff on Maidan. At the same time, when it comes to interrogating the persons who give this information, they do not confirm that they’d seen it in person, instead, they say they heard it from someone or they cannot remember who told it to them. So there is no information that would point at particular persons on the spot. But there are clearly registered visits of the representatives of the Federal Security Service (FSB) and of the Ministry of Interior of the Russian Federation exactly to provide consultations with regard to the Maidan events – on how Ukrainian law enforcement should act. And based on the fact that the actions of the law enforcement were directed towards the escalation rather than towards a peaceful resolution, we surely do consider the version that it was exactly the recommendation of the security service and the law enforcement of the Russian Federation to act violently. At the same time, a big problem is that we have a maximum non-assistance on the part of the staff of Ukraine’s Security Service and the Ministry of Interior when it comes to the testimony of the persons that were working together with them, accompanying them and that could tell the details. The majority are either denying that they were with them, or not giving out all the details, that is surely complicating the investigation very much.

U.R.: For what it concerns the former President of Georgia Mikheil Saakashvili, ahead of another interrogation he was expelled to Poland based on the readmission procedure. You were saying that to some extent it has complicated the investigation of the so-called version allegedly involving “Georgian snipers”. In your opinion, how serious can this version be?

S.G.: The interrogation in court did not take place, but we were able to interrogate him as part of the investigation and get the information that, in our opinion, is well-reasoned enough to disprove the explanations and statements that the so-called “Georgian snipers” made in the film. [The reference is to the video report by Gian Micalessin “Ukraine, the Hidden Truth” (Ucraina, le verità nascoste) that was aired on Italy’s Canale 5 in November 2017. The video suggests that Maidan was planned by the US, while the protestors were killed by Georgian and Lithuanian snipers trained by an American instructor. Read more on StopFake – UCMC]. As the lawyers of the accused Berkut policemen filed a claim demanding that these Georgians are interrogated, and they also claim that these are the persons that disprove the version of the prosecution, it was important to interrogate Mikheil Saakashvili in court, because court accepts the proof that is only presented directly at the hearing. (…) There are signs that someone is trying to create obstacles for the trial to conclude. (…)

If such claims exist, we have to be checking them by means of investigation. Indeed, there is preliminary data that may demonstrate that they (the alleged Georgian snipers) are not well familiar with how the events were unfolding, where the shooting was conducted from. But we have to present it to the court and add concrete evidence to the case materials. We need to hold an examination and interrogate them as well.

U.R.: When can the sentence in the Maidan case be announced?

S.G.: We say that there might be sentences in several cases. Cases are being considered in each of the episodes, some are heading towards the conclusion. If we speak about February 20, when the most tragic events took place, it’s only now that we are finalizing the interrogation of the victims, there are also witnesses and examination of materials. Based on how the court hearings are going, it should take at least a year. Although everyone hopes that it gets finalized, at least this episode, this year, and the prosecutors are planning their work accordingly, . (…) The main thing is not to lose optimism and be doing whatever you can, while things will happen the way they will.