Russia-backed militants have already violated the ceasefire that should have entered into force on March 5, according to agreements reached by the Trilateral Contact Group in Minsk. According to Ukrainian Ministry of Defense, the first attack started at 01:00. “The enemy attacked our positions in Schastia for 90 minutes with direct fire 0f automatic grenade launchers and small arms. Moreover, they fired four 82-mm mortar rounds. At about 04.30 they undertook a similar attack on our positions in Troitske, firing seven 82-mm mortar rounds in addition to heavy machine guns fire,” reported Ukrainian Ministry of Defense spokesman on ATO Dmytro Hutsulyak at a press briefing at Ukraine Crisis Media Center. According to him, Ukrainian servicemen did not return fire today. 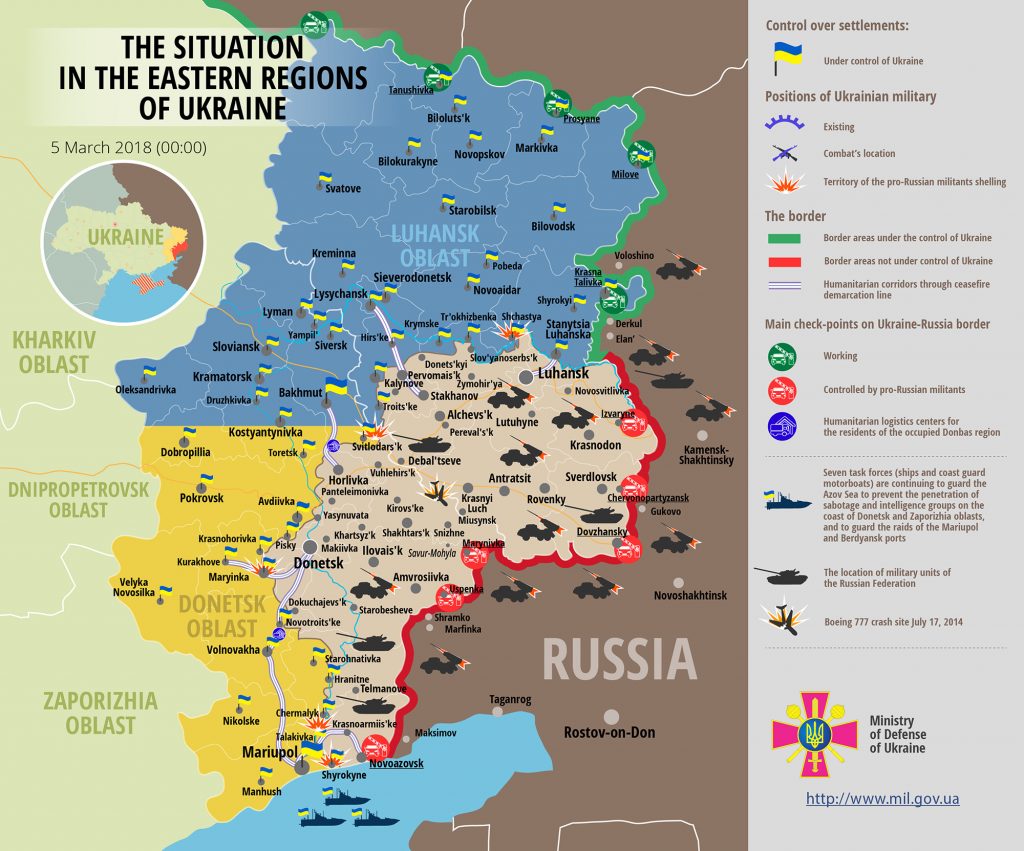