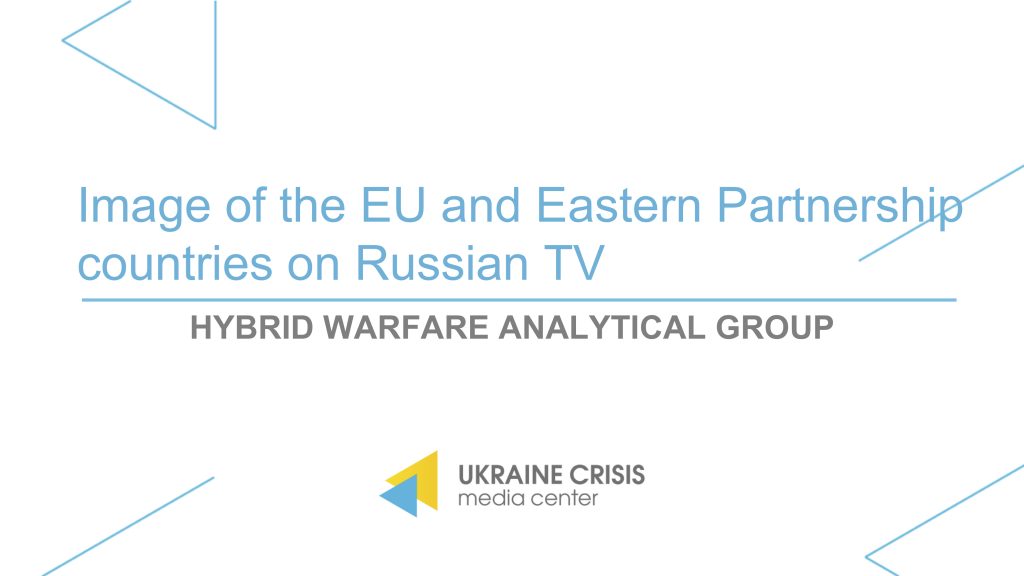 Our Hybrid Warfare Analytical Group has studied more than three years worth of Russian media to understand how Putin’s propaganda machine works.  Here is some firsthand experience to start with:

Fake news and troll factories are notorious phenomena of recent years. However, the research proves that Russian disinformation method is based on narratives, which authors suggest measuring as key structural elements of disinformation campaigns. Once established narratives are supported by fake news in smaller part, but mainly by deliberately manipulated interpretation of real events. These narratives keep attention of target audience in desired frame and are more sustainable comparing to just fake news, because even when countered by arguments they do not fail. This fundamentally changed the whole paradigm of news: facts and events are used to support the already prepared narratives.

HWA Group of UCMC believes it is pivotal to be aware that according to Russian General Staff definitions of informational operations they are a continuous activity, regardless of the state of relations with any government, while the Westerners see informational operations as limited, tactical activity only appropriate during hostilities. In other words, Russia considers itself in a perpetual state of information warfare, while the West does not. This makes the West so vulnerable to systemic influence from Russia, as we have seen in recent years. The authors have thoroughly studied newscasts and political talk-shows on three biggest Russian national TV channels for the period of 3,5 years July 1, 2014 – December 31, 2017. Based on that monitoring data the research provides unique and profound summary of key narratives about Europe in top TV. 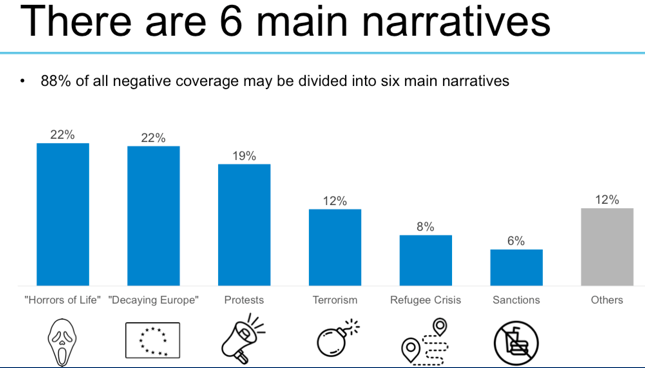 European countries are mentioned 18 times daily in negative context on the researched channels. Average ratio of negative to positive news is 85% to 15%. However, there are few countries where Russian TV covers life positively: Serbia, Montenegro, Belarus and Switzerland.

A common narrative regarding all countries of the Eastern Partnership is the positioning of Russia as a patron, the “elder brother” for smaller countries. Some “brothers” are more obedient, some – like Georgia and Moldova – less. However, Russian media constantly show their unconditional dependence on Russia.

Daily life in Europe is shown as very insecure, danger comes unexpectedly but constantly from different sides. Quantity of negative news has increased by 87% from July’14 to December’17.

The research was publicly presented at V Annual Conference of the Estonian Center of Eastern Partnership held in Tallin on March 2, 2018.

The presentation of the research is available here.