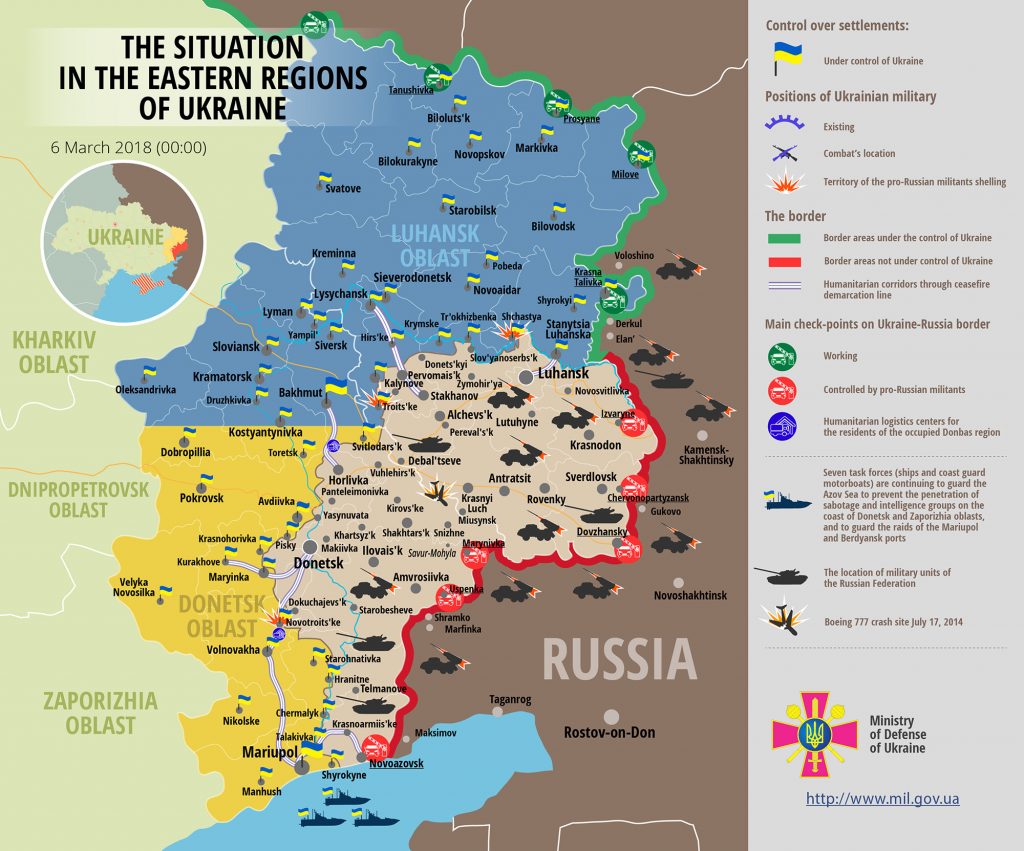 In Donetsk sector, Russian proxies delivered a precision attack upon the Ukrainian troops outside Novotroitske between 14:30-16:00 using grenade launchers and small arms.

“According to the updated information, one Ukrainian serviceman was wounded in action as a result of a hostile attack,” the ATO spokesperson emphasized.

Report on the military developments as of March 5 is available here. Interactive data on the shelling: chronology shelling chart and the interactive map.