Russia-backed militants committed three ceasefire violations in eastern Ukraine yesterday and used mortars in one of the attacks. “Unfortunately, one Ukrainian serviceman was killed in action,” reported Ukrainian Ministry of Defense spokesman on ATO Colonel Maksym Prauta at a press briefing at Ukraine Crisis Media Center. 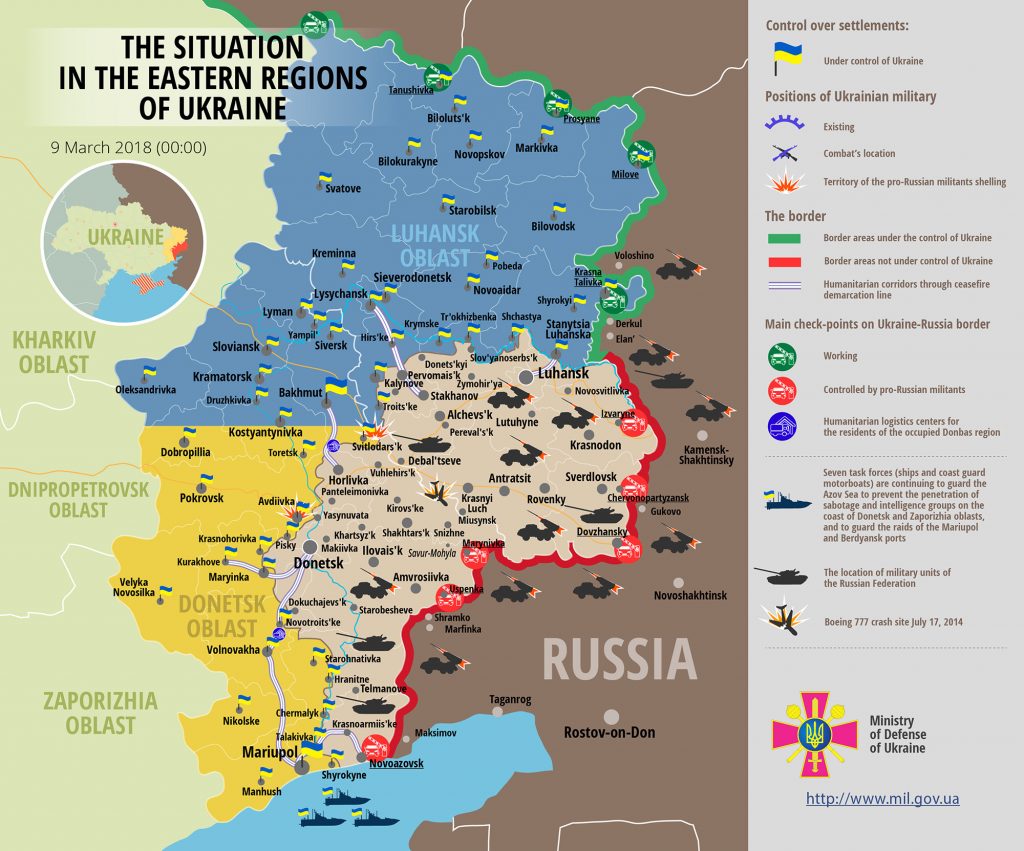 In Donetsk sector, the enemy fired fifteen 82-mm mortar rounds at Ukrainian positions near Avdiivka between 17:40 and 18:10.

Report on the military developments as of March 8 is available here. Interactive data on the shelling: chronology shelling chart and the interactive map.