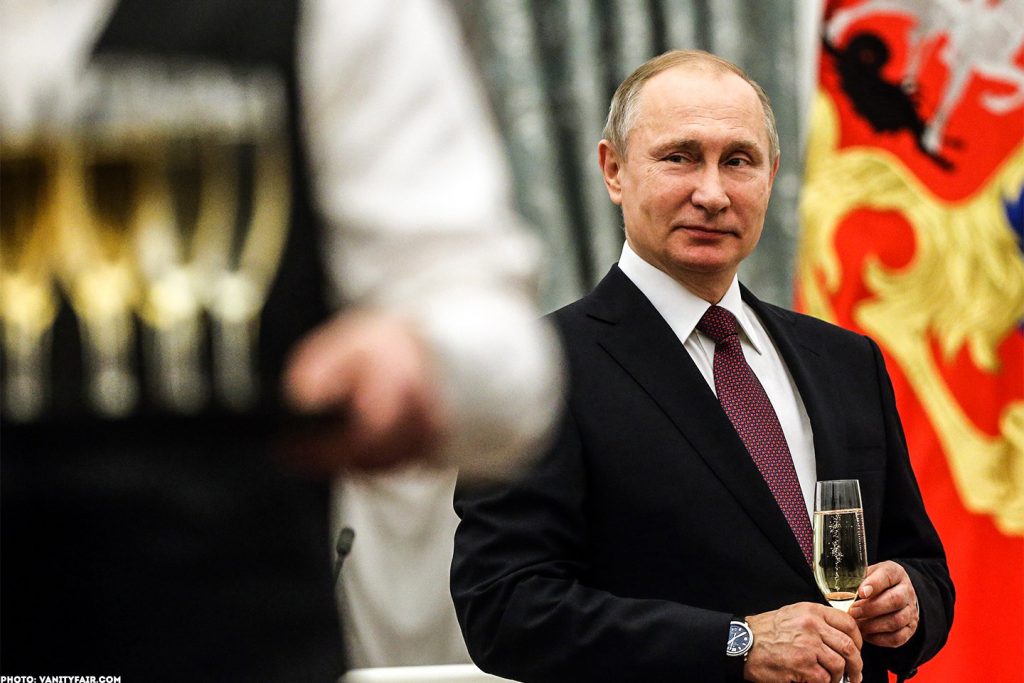 March 18 is the fourth anniversary of the annexation of Crimea by Russia. The Russian Federation set the presidential elections exactly for this date, despite the fact that previous elections of the Russian President took place in early March. In our special digest, UCMC takes a look at what the actual situation on the peninsula and in Kyiv is, what the popular myths about the annexation of Crimea are as well as at how the elections of the Russian president in Crimea were happening.

Being Ukrainian in Crimea: what today’s life on the peninsula is like

Ukrainian and international media are not covering much of the daily realities of the peninsula as it is not so easy to get to Crimea. International media (should they not want to risk their accreditation in Ukraine) need to enter Crimea through the territory of mainland Ukraine and pass border control twice (Ukrainian upon leaving mainland Ukraine and Russian upon entering the annexed Crimea), the procedures that last for hours. Ukrainian journalists are also wary of going to the peninsula: there has been a considerable increase in the number of incidents in which journalists are subject to pressure or even become hostages as, for example, it happened to Roman Suchshenko, a Ukrainian journalist, Paris-based correspondent of Ukrinform, during his visit to Russia. Journalists of Ukraine’s Hromadske TV were though the ones to have visited Crimea ahead of the annexation anniversary (the reportage in Ukrainian). The article is focused on the people who are trying to preserve Ukrainian language and culture under the annexation, as well as sheds light on the price of refusing the Russian citizenship. We herewith quote main facts and findings of this reportage. 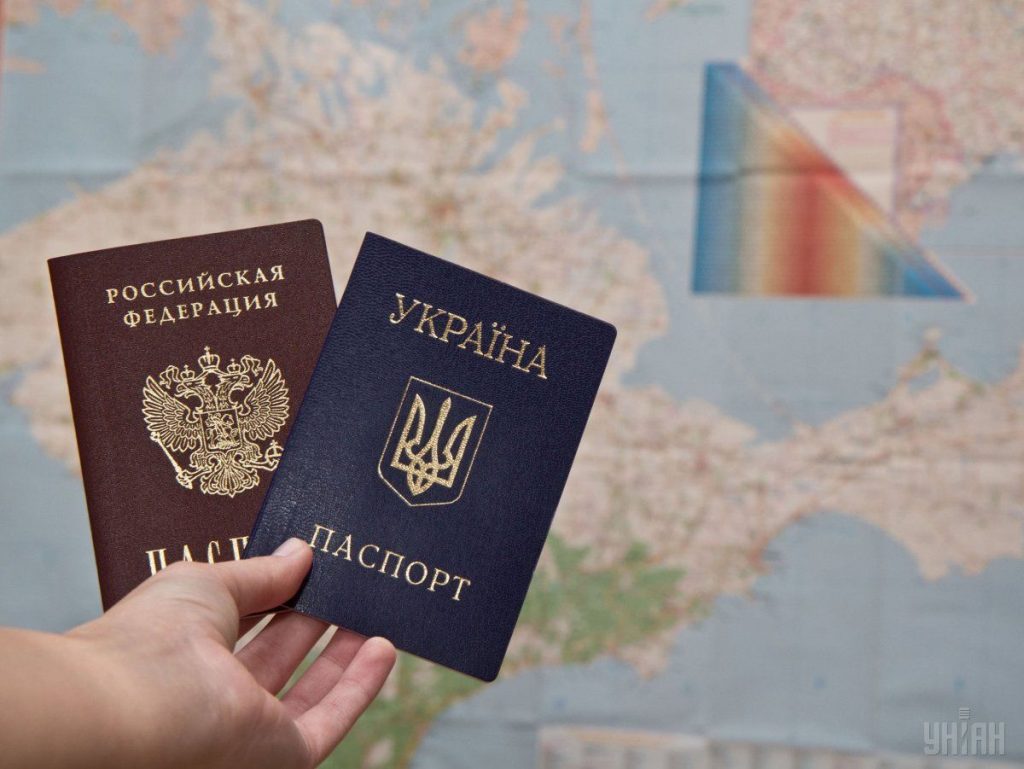 Why have they stayed? In addition to personal circumstances that often include age and property, the main reason to stay is a matter of principle: to not give up their native land to the hostile state. “Imagine, if we leave, there will be even fewer people here who do not support the annexation,” an interviewee told Hromadske TV. 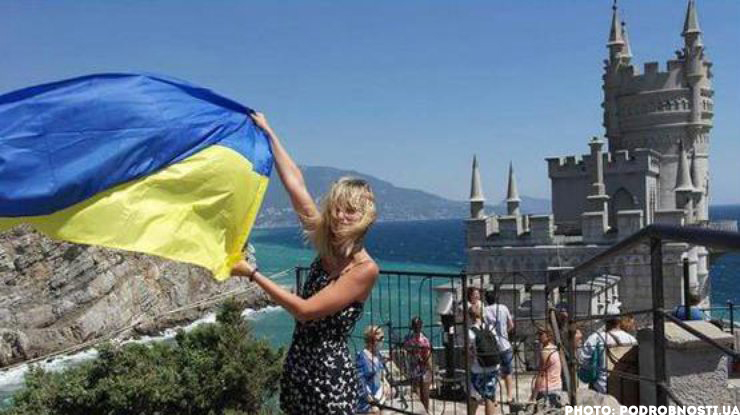 No jobs. They are not being hired for civil service or by state-financed institutions. Despite the fact that there is no official direct ban on employing the Crimeans with Ukrainian documents, in the atmosphere of fear employers are becoming more cautious.

No money. The people who kept their Ukrainian passport and received the residence permit in the Russian Federation need to confirm each year that their annual income is at least RUB 111 thousand (a little over EUR 1,5 thousand) per year. In a family with children, the amount of the minimum required income goes up proportionally to the number of children. To file these reports, one often needs to borrow the money to put into a bank account for the migration service of the Russian Federation to check it. As soon as the certificate is issued, and the check is made, the debt can be repaid.

No property. For Crimeans having Ukrainian citizenship it is next to impossible to get the documents certifying their ownership of land or property, should they not be duly registered in the pre-annexation times. Traditionally, such land plots have been many on the peninsula. Going away and leaving them now would actually mean to give them as a gift to the occupation authorities.

No language. A talk in Ukrainian in a bus, cab or in a café may attract unnecessary attention. It is already a sign of dissent and a marker of the political position. It turned out to be problematic for many interviewees to find a place where to talk to journalists in Ukrainian. Many are concerned that hotels are unreliable as they might be tapped, while in cafés there are many strangers around. 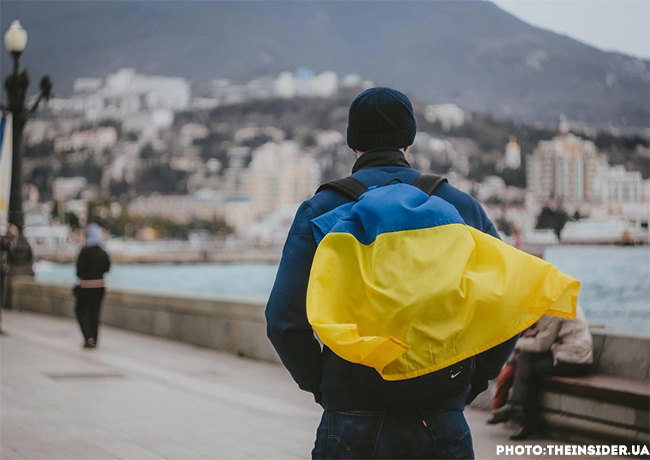 Back in February 2017 Serhiy Hromenko, Crimean historian and writer, wrote a text on nine myths of “Crimea’s return back home”. The piece has not lost its topicality and was republished by KrymRealii media. We herewith cite three key points from this article.

Myth no.1. Russian language and culture were oppressed in Crimea while Kyiv was upholding the politics towards forcible Ukrainization. Not true, as in accordance with the Article no.10 of the Constitution of Ukraine’s Autonomous Republic of Crimea, “Russian language as the language of the majority of the population in the Autonomous Republic of Crimea, being appropriate for communication between the national communities, is used in all spheres of public life.” Until 2013, in Crimea, 89,4 percent of school children were educated in Russian, while only 7,3 and 3,1 percent respectively in Ukrainian and Crimean Tatar. Out of almost 600 schools in Crimea before the annexation, only 14 offered education in Crimean Tatar, and just seven in Ukrainian. Over 80 percent of print media on the peninsula were published in Russian, there was just one newspaper entirely in Ukrainian – “Krymska Svitlytsia” (Crimean room). Only seven TV shows on the Crimean state television used to be in Crimean Tatar language. Russian language was undividedly dominating the public domain on the peninsula.

Myth no.2. Crimeans had the right to self-determination that they implemented at the referendum. After the Russian troops occupied the peninsula and seized administrative buildings, no legitimate authorities were left in Crimea that could have announced, organized and held a referendum. The Council of Ministers of the Autonomous Republic of Crimea became illegitimate on February 27, 2014, when the deputies of the Crimean Parliament voted for it literally under the barrel of Russian guns and with violations of Ukrainian law. The Parliament of the Autonomous Republic of Crimea, being de-facto illegitimate since February 27, also became de jure illegitimate on March 15 when Ukraine’s Parliament dissolved it. Besides, the Central Election Commission of Ukraine did neither create nor empower any official bodies to hold a referendum in Crimea, it also cut the access to the voters’ database on the peninsula.

Myth no.3. The majority of Crimeans wanted to join Russia. There were indeed supporters of the idea of Crimea joining Russia, but their number was constantly decreasing. Thus, while in 1994 in the Crimean Parliament 58 deputies out of the total 100 were for the union with Russia (55 from the “Russia” bloc, two from the Russian Party of Crimea, one from the Russian Community of Crimea), in 2010 only eight deputies (five from “Soyuz”, Union party and three from “Russkoe Yedinstvo”, Russian Unity party) stated the same. Secondly, while in 2008 about 70 percent of Crimeans supported the idea of becoming part of Russia, in 2014 they were just 40 percent. Thirdly, as the so-called referendum was held amidst the open Russian aggression, there are no grounds to not only recognize but to also trust its “results”.

Voting results. According to the exit poll by the Russian Public Opinion Research Center, Vladimir Putin got 73,9 percent of votes in the presidential elections in the Russian Federation. 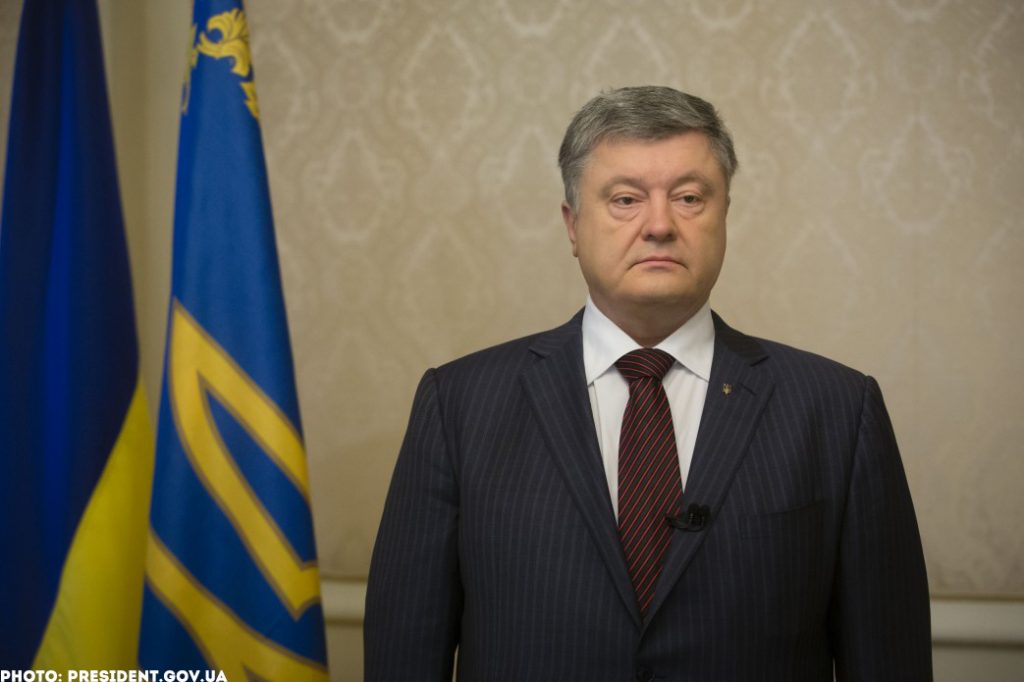 The EU reacts. The Head of the Delegation of the European Union to the United Nations, João Vale de Almeida said that the European Union will not recognize the elections of the Russian president held in the territory of annexed Crimea. He also noted that the militarization of annexed Crimea keeps affecting the security of the region. The EU condemns the construction of the Kerch bridge without Ukraine’s consent, it will also have a negative impact on the ports of the Sea of Azov, the EU official added. Foreign Affairs ministers of Denmark, Estonia, Latvia, Lithuania, Poland, Romania, Sweden, and Ukraine made a joint statement to the fourth anniversary of Crimea’s annexation by Russia. The statement released by the Ukrainian Foreign Affairs Ministry on their website reads: “the EU does not recognize the results of the elections Russia is holding in Crimea.” Additionally, heads of eight Foreign Affairs Ministries reassured that they will make each and every effort not to let Crimea disappear from the international agenda. 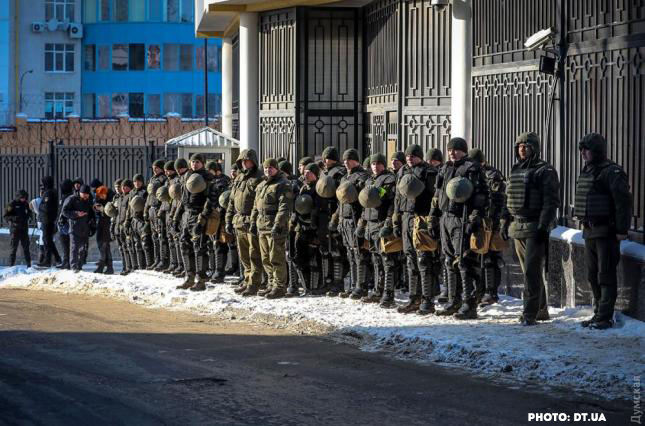 OSCE. Spokesperson of the OSCE Office for Democratic Institutions and Human Rights Thomas Rymer said he would not comment on Ukraine’s decision to block the access to the places where Russians could have possibly voted for the Russian President on March 18.