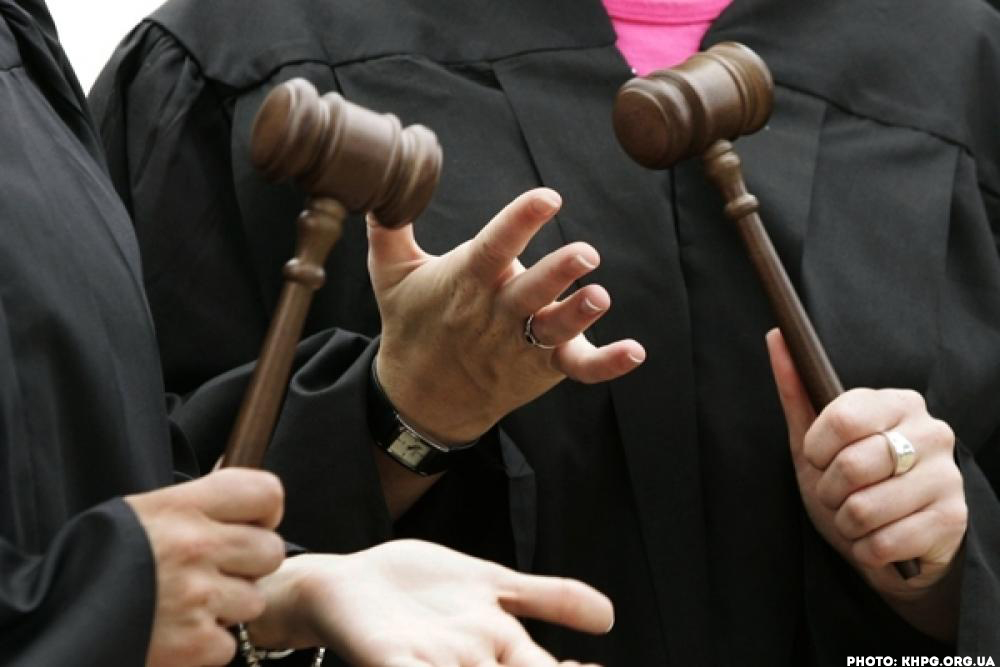 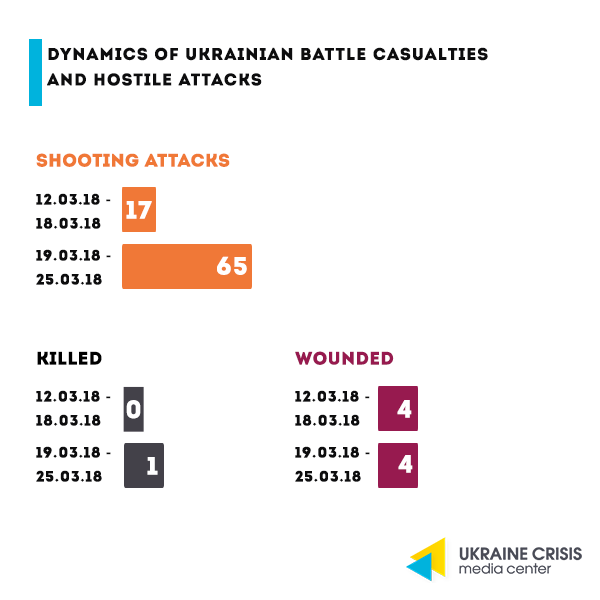 Last week, the combat situation in eastern Ukraine was quite unpredictable. On Monday and Tuesday, Russia-backed militants made one and five attacks respectively. On Wednesday and Thursday, they made no attacks at all, while on Saturday and Sunday the situation escalated dramatically: Russian proxies delivered 13 and 44 attacks respectively. Moreover, on Sunday militants used Minsk-proscribed 82-mm and 120-mm mortars and a tank.

Last week’s main event was the arrest of Nadiya Savchenko, Ukrainian MP, the former prisoner of the Kremlin. Two years ago the case of her liberation mobilized the entire country as well as many Ukraine’s international partners and friends. Nadiya is now back in prison, the Ukrainian one this time. She is charged with the preparation of a terrorist attack. 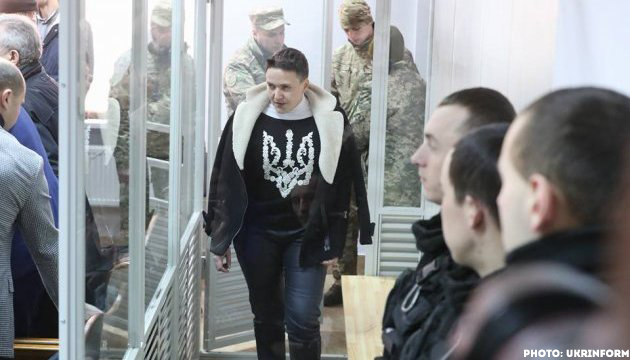 Savchenko arrested. On March 22, investigators of the Security Service of Ukraine detained MP Savchenkoright in the building of the Parliament (Verkhovna Rada) after the MPs supported the claim of the Office of the Prosecutor General to strip Savchenko off the parliamentary immunity as well as to have her detained and arrested. On the same day, Ukraine’s Prosecutor General Yuriy Lutsenko signed and announced the charges against MP Nadiya Savchenko.
Charges. Savchenko is charged with plotting a violent overthrow of the constitutional regime and seizure of the state power, attempting the life of an official or public actor, preparation of a terrorist act, assisting a terrorist organization, as well as illegal handling of weapons, ammunition, and explosives.
Connection with the Ruban case. On March 8, Ukraine’s Security Service detained Volodymyr Ruban, civilian Ukrainian dealing with prisoners’ exchange, as he was crossing the contact line between the government-controlled territory and the area under the control of the so-called “DPR”. Ruban tried to smuggle a large consignment of weapons to the government-controlled area. The first news pieces to appear went as far as claiming he was planning to attack the governmental block in Kyiv on his own. However, Ukrainian law enforcement agencies soon stated that he was not acting alone. Already on March 13, the investigators of the Security Service of Ukraine summoned Nadiya Savchenko for interrogation in this case.
Evidence of Savchenko’s involvement. The Office of the Prosecutor General published online and demonstrated in the Verkhovna Rada’s session hall a video in which MP Savchenko and Volodymyr Ruban were plotting to seize the state power. On the video, the two discuss a plan to physically eliminating the MPs in the Verkhovna Rada as well as the officials including President Petro Poroshenko, Head of the Security and Defense Council Oleksandr Turchynov, and Minister of Internal Affairs Arsen Avakov. They were planning to implement the coup using the weapons smuggled from the occupied territory controlled by the so-called “DPR”.
Savchenko’s defense. Savchenko has so far confessed that she was involved in the weapons smuggling case. She claims it was a willful political provocation on her part. The MP was trying to state that together with Ruban they were transporting the weapons from the “DPR” guided by a virtuous goal – so that there were fewer weapons left there. All the talks on the preparation of explosions in the government quarter were nothing more than a game. “It is surreal indeed,” Savchenko noted.
Arrested until May 20. On March 23, the Shevchenkivsky district court of Kyiv ruled to arrest MP Nadiya Savchenko for 59 days, until May 20, without bail.
Hunger strike. Nadiya Savchenko went on a hunger strike in the detention center as reported by the Ombudswoman’s press service following the meeting of the representatives of the Ombudswoman’s Secretariat with Savchenko last Saturday. “Nadiya Savchenko said she went on hunger strike. She had her latest meal on the evening of March 23,” reads the statement.

Judicial reform: civil society will not take part in the evaluation of judges

The Civic Integrity Council (Hromadska Rada Dobrochesnosti) stated that they stop participating in qualification assessment of judges. “The High Qualification Commission of Judges of Ukraine is imitating the testing of judges’ professional skills and integrity in a form that reminds a ‘conveyor’. In order for the civil society not to impede these actions, the Commission changed the Set of procedures for the assessment of judges thus forcing the Civic Integrity Council out of one of the main stages of the judicial reform – re-attestation of judges,” the Civic Integrity Council stated.
The Council thus decided to “stop being part of the quasi-process simulating the purge of the judiciary.” The Civic Integrity Council noted that the High Qualification Commission of Judges would like to re-attest all 6,000 Ukrainian judges in less than a year.
In the opinion of the civil society, this proves that the qualification assessment as it is being conducted by the High Qualification Commission of Judges is a phony conveyor, the sole aim of which is to make sure the judges preserve their actual positions, get higher salaries, and to report on the “successful finalization” of the reform.
Representatives of the Civic Integrity Council are convinced that this will lead to a situation when in the updated courts “there will be the judges that issued illegal rulings as to the Maidan participants, the judges that often visit the occupied territories, which is a threat in itself to the national security, the judges whose assets go beyond the declared ones, as well as the judges responsible for issuing illegal decisions that resulted into the cases considered by the ECHR (the European Court of Human Rights).” 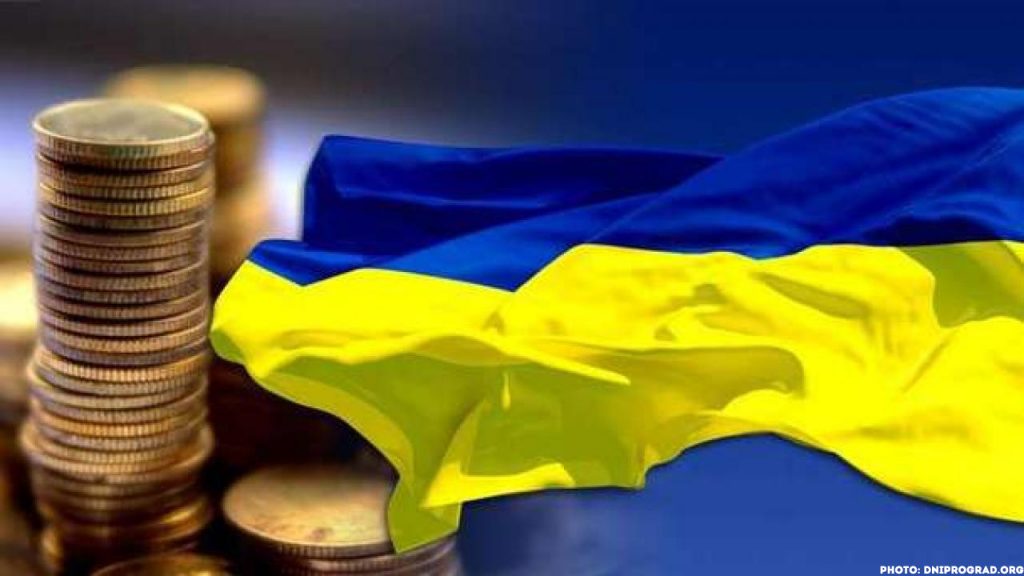 GDP increases. The State Committee of Statistics reported on its website that Ukraine’s real GDP in 2017 increased by 2,5 percent exceeding forecasts by 0,3 percent. According to the updated information provided in the statement, the GDP in 2016 grew by 2,4 percent rather than 2,3 as reported earlier.
Budget deficit. Deficit of the 2017 state budget constituted UAH 47,9 billion (approx. $1,9 billion) or 1,6 percent of the GDP, reports the Ministry of Finance. In 2016, the deficit constituted UAH 70,3 billion (approx. $2,7 billion) or 2,9 percent of the GDP, in 2015 – UAH 45,2 billion (approx. $1,7 billion) or 2,3 percent, in 2014 – UAH 78,1 billion (approx. $2,96 billion) or 4,9 percent.
IMF assessment. In its report on the macroeconomic situation, the International Monetary Fund does not consider Ukraine being a low-income developing country as the fall of income levels in Ukraine mainly reflects the impact of armed conflict. According to the IMF, in 2014 the income level per capita in Ukraine was 14 percent lower than the level starting from which the countries get grouped as those featuring low income (USD 2,330 annually). However, back then Ukraine avoided being classified as a developing country as the main reason for the decreased income was the military conflict. In 2018, Ukraine was not included in the group of low-income developing countries as Ukraine’s poverty levels, employment structure, life expectancy, and educational levels are similar to those of a typical emerging market economy.