Unlike many citizens of the EU, Ukrainians are not that much into skiing. This sport declined a lot in the first years of the country’s independence in the 1990s. Moreover, the ski resorts in the Carpathians, such as Bukovel, are not affordable for many Ukrainians. However, it is Ukrainians themselves who produce skis in quantities sufficient to cover up to 50 percent of the needs of the EU countries. Last year Ukraine supplied 731,4 thousand pairs of skis to the EU thus far exceeding even the share of omnipresent China – 420,6 thousand pieces. The business of the global scale is located in Ukraine’s Zakarpattia, in the city of Mukachevo. The factory, the history of which goes 75 years back, produces about 3,500 pairs of skis daily, which makes it about one million pairs a year.

Journalists of the Ukrainian online media “Ukrayinska pravda” visited the unique factory that exports its merchandise to the EU and to North America. Olympic champions, the Ukrainian army, and even presidents are buying skis from them. UCMC presents an abbreviated translation of the article.

Production of skis in Mukachevo started in 1944 at a privately-owned factory. In the early 1970s, a new factory emerged that was the first in the USSR to produce plastic skis. In 1979, Russian Soviet traveler Dmitriy Shparo made his first ski expedition to the North Pole sporting the “Beskyd” ski brand that the Mukachevo-based factory produced. The factory’s another prominent ski brand “Tysa” is still being manufactured.

It was exactly this brand of skis that Ukraine’s freestyle skier Oleksandr Abramenko used to win gold at the Olympics in Pyeongchang, South Korea earlier this year. There are only about 200 pairs of skis like Abramenko’s produced every year, they’re sold for just 230-240 euro per pair. Durable and solid, they were entirely developed by Ukrainian engineers.

Below is the video of Ukrainian athlete Oleksandr Abramenko winning gold at the Olympics in Pyeongchang.

The Soviet factory started turning west already back in the times of Perestroika: in the mid-1990s a joint Ukrainian-Austrian company “Fischer Mukachevo” was founded there. 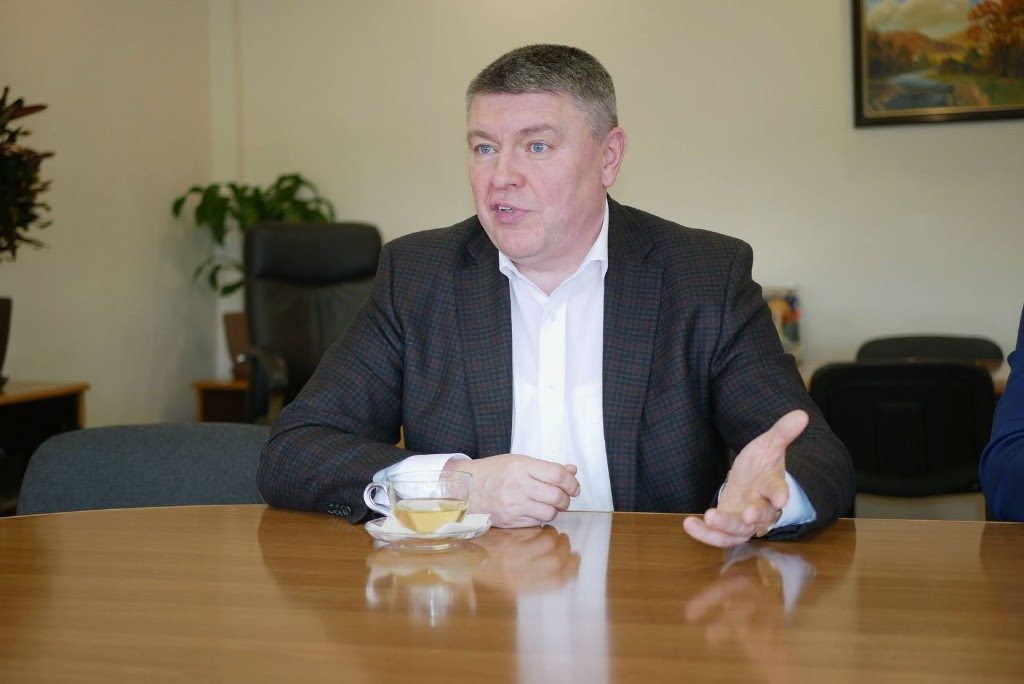 The Director-General of “Fischer-Mukachevo” is Ukrainian Vasyl Riabych, he has been working at the factory for 40 years now. Photo Ukrayinska pravda / Eldar Sarakhman 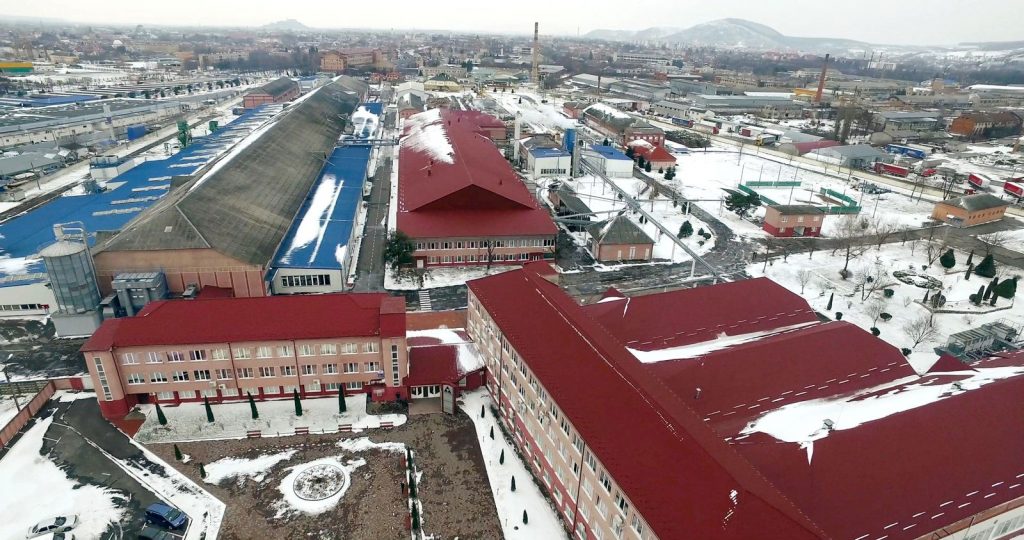 The Mukachevo-based factory is Europe’s biggest ski manufacturer. The Austrian group of companies Fischer placed 85 percent of their production capacities on 19 hectares of land in Zakarpattia. In 2017, the company’s turnover reached EUR 38 million and its net profit amounted EUR 3,3 million.

The Olympics in Pyeongchang 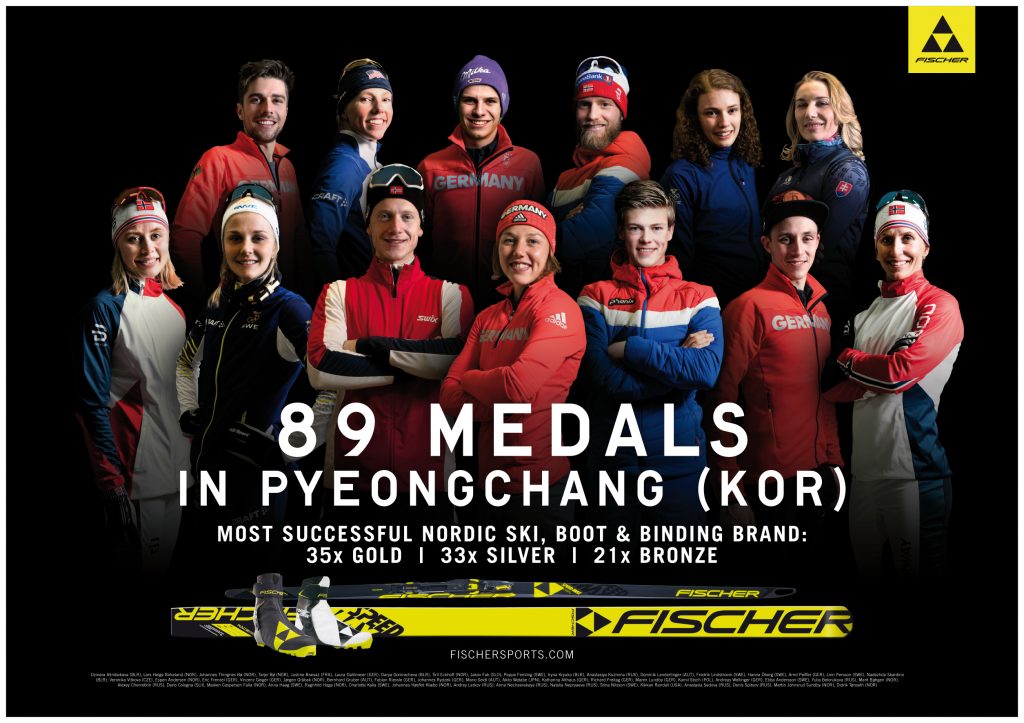 This year, the Fischer brand took the first place in the unofficial brands’ medal count of the skis that came into the spotlight in Pyeongchang, South Korea. The Olympic athletes on Fischer skis won 89 medals, including 35 gold, 33 silver, and 21 bronze medals. They account for 55,6 percent of the awards in skiing disciplines.

Ninety-nine percent of the skis manufactured in Zakarpattia are exported, while the Ukrainian market buys just one percent of what the factory produces.

How it works: a sauna for wood, a 3D cutter, and a scientific lab

The skis manufactured in Mukachevo are made of four types of wood: beech, poplar, birch, and fuma species of wood purchased from Côte d’Ivoire and a few more African countries. The share of Ukrainian wood used in the production is 80 percent. Some eight thousand cubic meters of raw material is processed annually.

It takes over three weeks to manufacture across country skis. It all starts from a reservoir in which the wood is being treated with steam for several days at the temperature that exceeds 80°C. 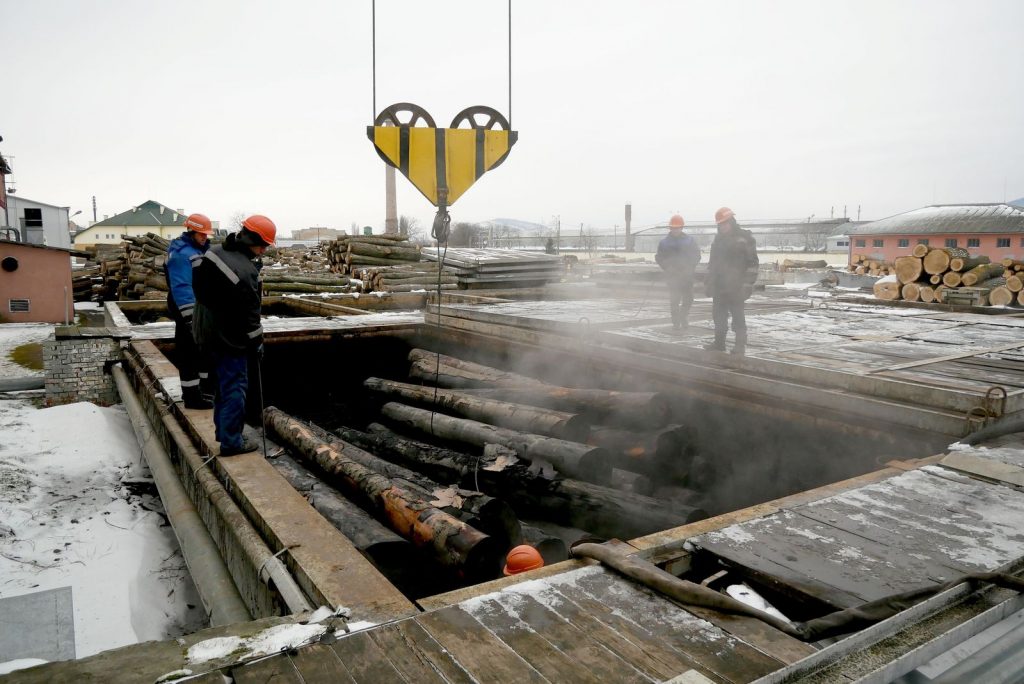 Then the parboiled wood is taken to the workshop where massive machines cut it precisely with thin knives into pieces of veneer ranging from two to four millimeters thick. They are then being dried inside the special equipment, later all knots and surface roughness are being removed.

Veneer pieces are glued together to form a plywood sheet which is then cut into skis by a 3D cutting machine. The veneer pieces in a plywood sheet are made of different types of wood. Their proportion and the order in which they are combined are defined by scientific research and depend on what properties these particular skis need.

Downhill skis are being assembled from 30 pieces using the so-called “sandwich technology”. The “ingredients” include plastic, laminated strips and wood core, elements that create torsional strength, resin strips, sidewalls, etc. which are glued together. Adhesive Vlieseline comes between all the details. After being assembled the sandwiched piece is pressed at 130 °C.

It is by no means an exaggeration to speak of the process used at the factory as of a scientific approach. There is a special laboratory where the initial models are tested before a series goes into production. The test lasts 10 hours, and a ski of proper quality is not supposed to lose its qualities after this test.

Seventy percent of the products manufactured at the factory head to the logistical center in Austria, from where they are then sent to 43 countries including Japan, Canada, and the US. The skis are supplied to France and Canada directly from Mukachevo.

The Mukachevo factory manufactures another item they can be proud of – hockey sticks used by prominent athletes. In a special workshop where over one million of sticks are manufactured annually, there is a stand with special forms that are used to mold the carbon products. Each form bears a name of a Ukrainian, Russian, or Western hockey player for whom the sticks are manufactured at the factory. 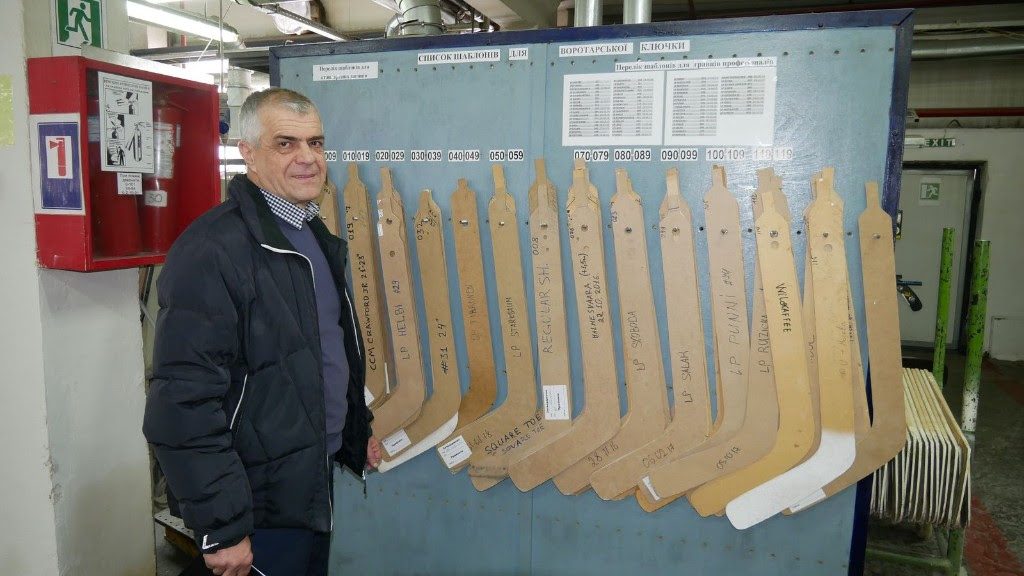 Each stick has its hardness, curve, and angle depending on the needs of the player. All individual criteria are stored in the database. Fischer supplies hockey sticks to 27 out of the 31 clubs of the North American Hockey League.

For the army and politicians

In today’s Ukrainian army there are units that require skis. In 2017 skis were supplied to the army for the first time since Ukraine gained its independence. The factory developed a special universal model for the military.