Over the last day, Russia-backed militants made forty-two attacks upon the Ukrainian troops’ positions, forty-one of them were precision attacks. “The enemy used weapons proscribed under the Minsk agreements. Unfortunately, two Ukrainian servicemen were wounded in action”, reported Ukrainian Ministry of Defense spokesman Colonel Dmytro Hutsulyak at a press briefing at Ukraine Crisis Media Center. 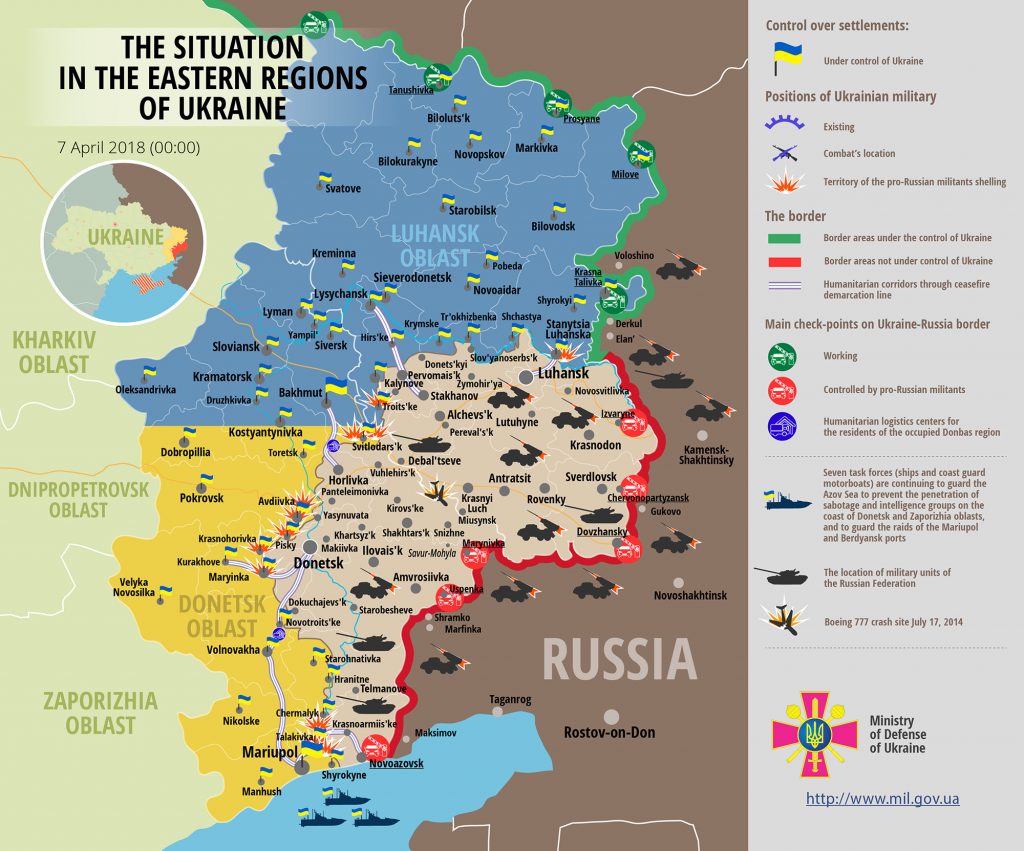 Report on the military developments as of April 6 is available here. Interactive data on the shelling: chronology shelling chart and the interactive map.