On April 20, Russian proxies attacked Ukrainian defensive positions 36 times. As of 09:00 of April 21, militants have already fired about 50 tank cannon rounds and 80 mortar rounds of 120-mm and 82-mm caliber, reported Ministry of Defense spokesman Colonel Dmytro Hutsulyak at a press briefing at Ukraine Crisis Media Center. “Yesterday at about 06:00, the enemy shelled Ukrainian troops’ positions at Lebedynske with Grad MLRS having discharged 40 rockets. The shelling was carried out from outside of the occupied village of Sakhanka,” he said. 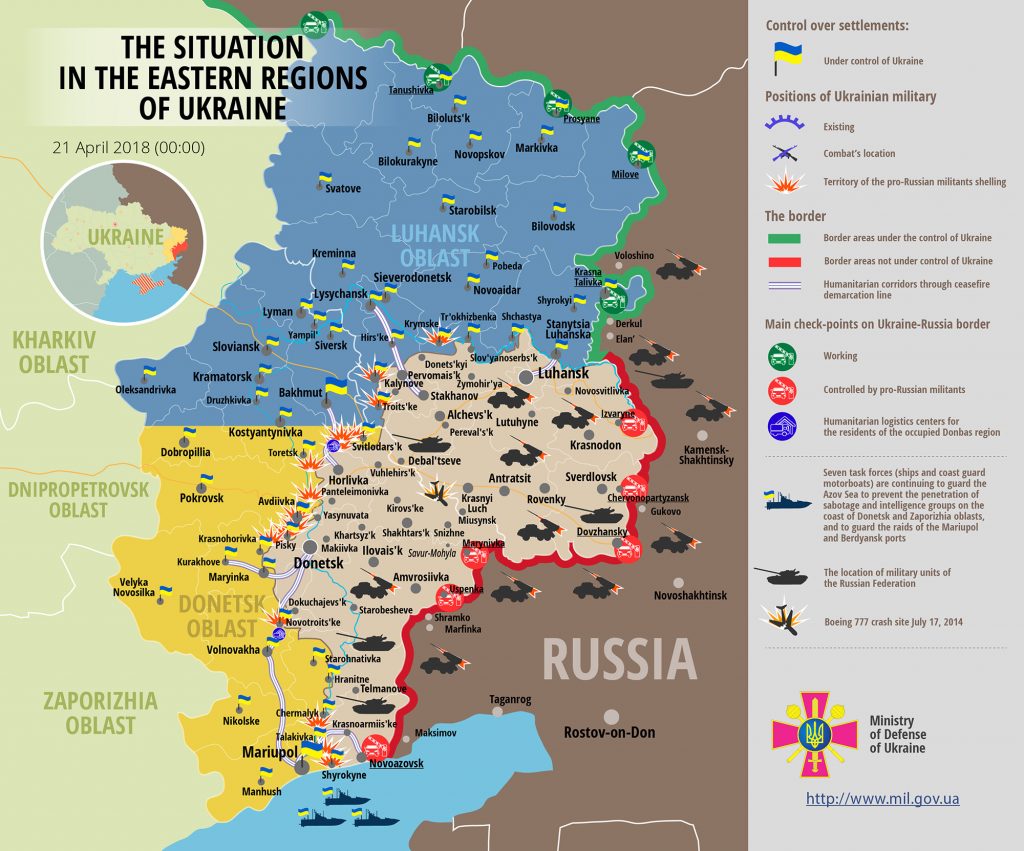 As of 09:00 of April 21, militants made nine more precision attacks in Donetsk sector. In the morning of April 21, Russia-backed militants shelled Pishchevyk and Pavlopil villages with tanks and 120-mm mortars. “Russian proxies fired 26 rounds from tank cannon and fifteen 120-mm mortar rounds at Ukrainian troops at Pishchevyk from outside the occupied village of Verkhnioshyrokivske. At the same time, the enemy discharged 20 tank cannon round, fifty 120-mm mortar rounds at the defenders of Pavlopil,”Colonel Hutsulyak elaborated. The militants shelled Vodiane with 120-mm mortars as well.

Unfortunately, one Ukrainian serviceman was killed in action and one soldier was wounded. He is in critical condition.

Report on the military developments as of April 20 is available here. Interactive data on the shelling: chronology shelling chart and the interactive map.