Yesterday Russian-backed militants fired 54 times at Ukrainian troops. They released 80 mortar rounds of 120 and 82 mm caliber. On May 5, five aimed attacks were conducted by militants since midnight. They used mortars and a tank. Ukrainian troops returned fire 30 times, using the arms allowed by the Minsk agreement.
On May 4, in Luhansk sector, 14 aimed attacks were recorded. “The militants shelled Mayorsk, Novhorodske, and Sokilnyky with 120 and 82 mm mortars. They fired about 60 mortar rounds”, reported Col. Dmytro Hutsulyak, Ministry of Defense of Ukraine spokesperson at a press briefing at Ukraine Crisis Media Center. 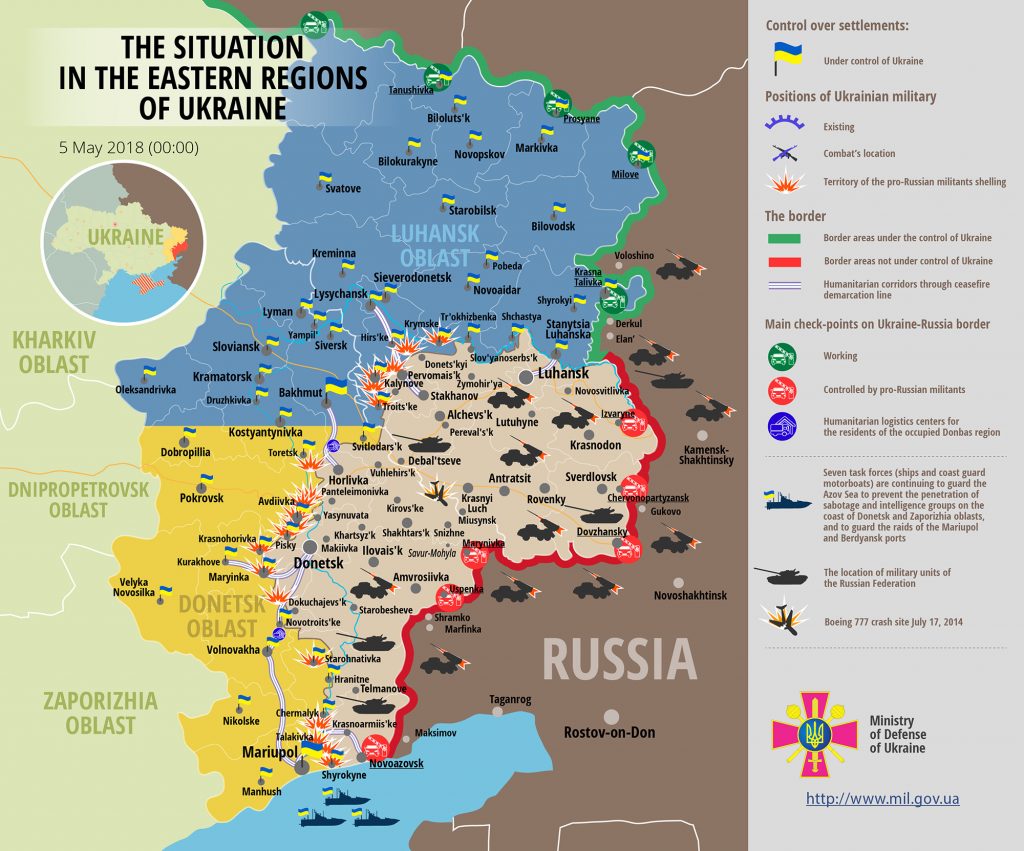 Militants used sniper rifle near Taramchuk in the morning and afternoon as well as near Marinka late afternoon.
Yesterday, militants shelled residential area of Zaitseve village with 122 mm artillery. Today, May 5, around 9:00 and 10:00 a.m., Russian proxies committed two attacks on Hnutove checkpoint. The work of the checkpoint was suspended.

Two Ukrainian soldiers were injured in action. Another soldier was injured as a result of a blast on an unknown explosive device.

Report on the military developments as of May 4 is available here. Interactive data on the shelling: chronology shelling chart and the interactive map.