On May 11, in the Luhansk sector, 20 precision enemy attacks were registered. “Militants fired 120 mm caliber mortar rounds on Zaitseve and twice in the area of Troitske and Zalizne. The enemy fired 11 artillery rounds of 122 mm caliber at Troitske”, reported Col. Dmytro Hutsulyak, Ministry of Defense of Ukraine spokesperson, at a press briefing at Ukraine Crisis Media Center. 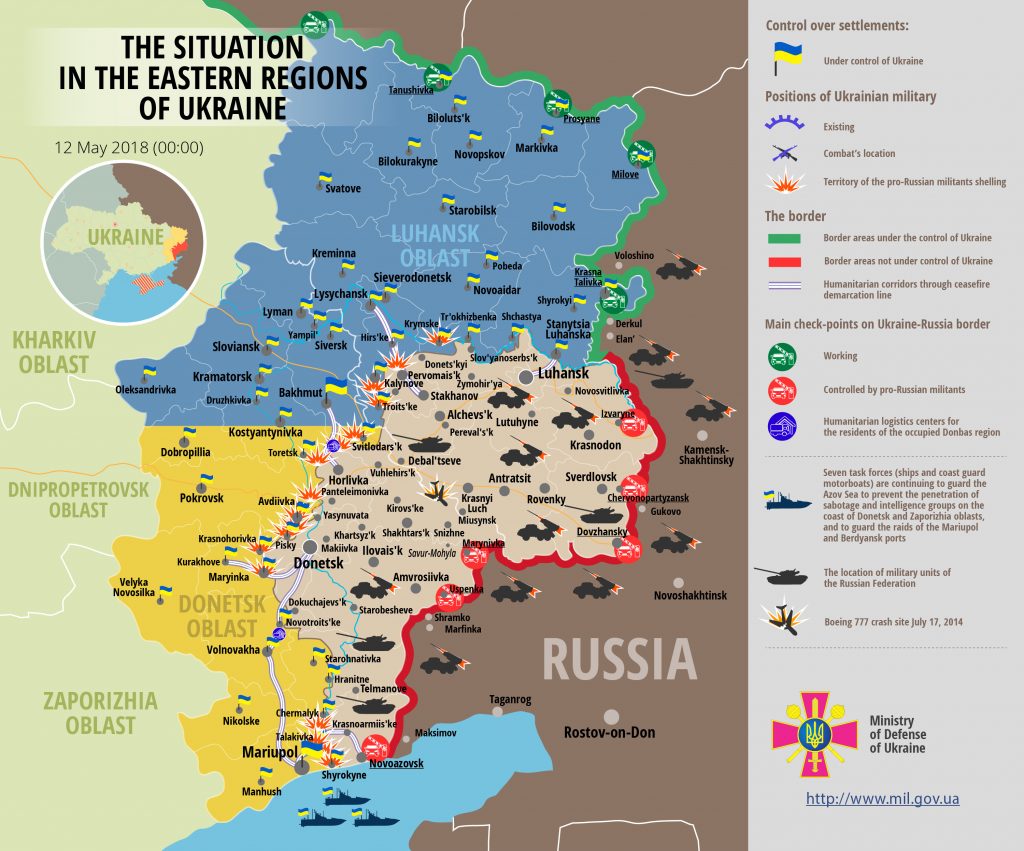 In Donetsk sector 30 enemy attacks were recorded. 120 and 82 mm mortar rounds were fired on Verhnyotoretske, Hnutove, Pisky, and Opytne. “The militants of the occupation administrations of the Russian Federation conducted a long provocative fire on the defensive positions of the Unity Forces units with grenade launchers of various types and large-caliber machine guns. Enemy’s provocations were recorded near Avdiivka, Hnutove, Krasnohorivka, Lomakine, Maryinka, Pavlopil, Pisky, Pishevyk, and Shakhta Butovka, as well as 3 times in the Shyrokine area, 4 times near Verhnyotoretske and Opytne and 5 times in the Vodyane area “- said Colonel Hutsulyak.

Militant snipers fired upon Ukrainian positions in Verhnyotoretske and Vodyane. On May 12, militants fired on Kamyanka with a 120 mm mortars.

On May 11, one Ukrainian soldier was injured in action, two more were wounded. Ukrainian troops returned fire 31 times.

Report on the military developments as of May 11 is available here. Interactive data on the shelling: chronology shelling chart and the interactive map.