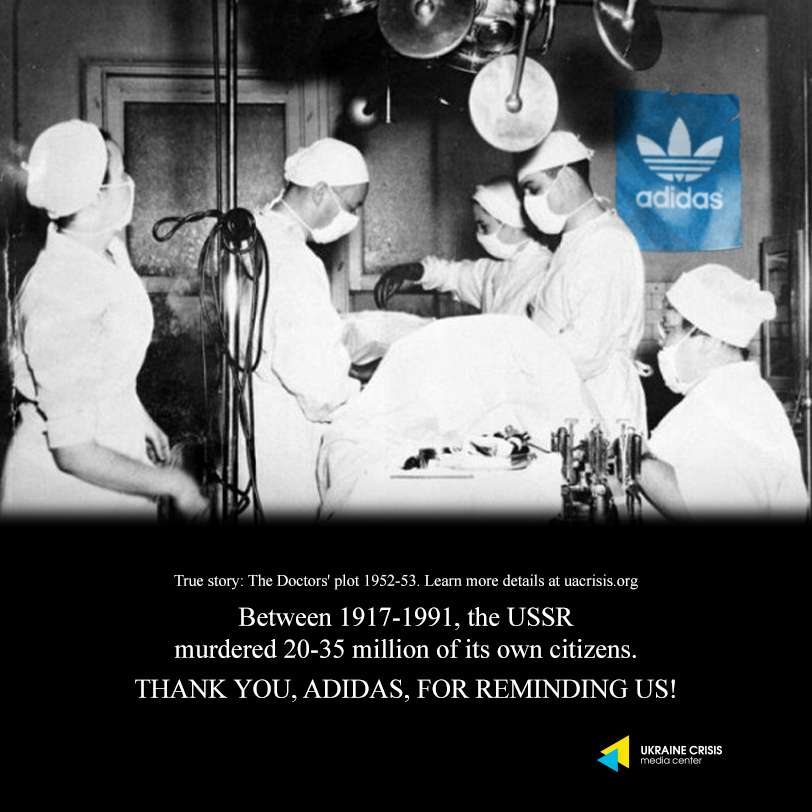 Adidas continues to align its marketing strategy with the Soviet legacy of persecution and totalitarianism, profiting from the sale of USSR-branded products. Since Adidas refuses to recall its ‘USSR’ product line and publicly apologize for launching it in the first place, UCMC publishes its fifth protest visual.

The notorious “Doctors’ Plot” was an anti-Semitic campaign orchestrated by Joseph Stalin in 1952–1953, during which a group of predominantly Jewish doctors from Moscow were accused of conspiring to assassinate Soviet leaders. The criminal case was accompanied by anti-Semitic publications in the media. Many doctors, officials, and others, Jews and non-Jews, were dismissed from their jobs and arrested.