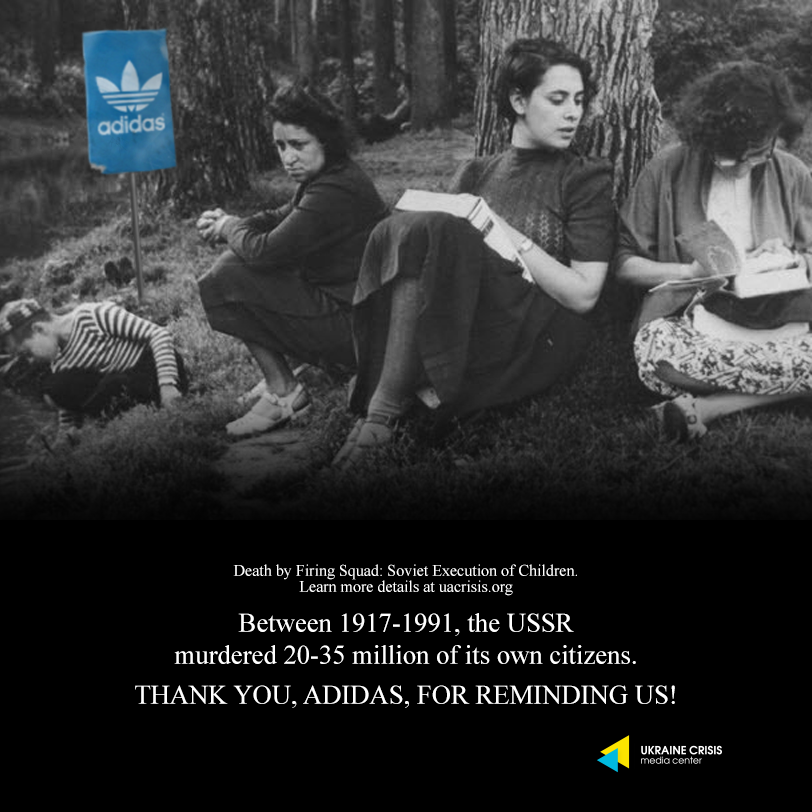 Adidas continues to align its marketing strategy with the Soviet legacy of persecution and totalitarianism, profiting from the sale of USSR-branded products. Since Adidas refuses to recall its ‘USSR’ product line and publicly apologize for launching it in the first place, UCMC publishes its sixth protest visual.

The USSR was notorious for its sham trials. Among the most infamous was the show trial of 16 young children, including 14 Jews, accused of “treason” and “terrorism”. After a year in Soviet prison, 3 were executed by firing squad in 1952, while the rest were sentenced to 10-25 years in Soviet labor camps.

Why does Adidas continue to align its marketing strategy with a murderous regime?