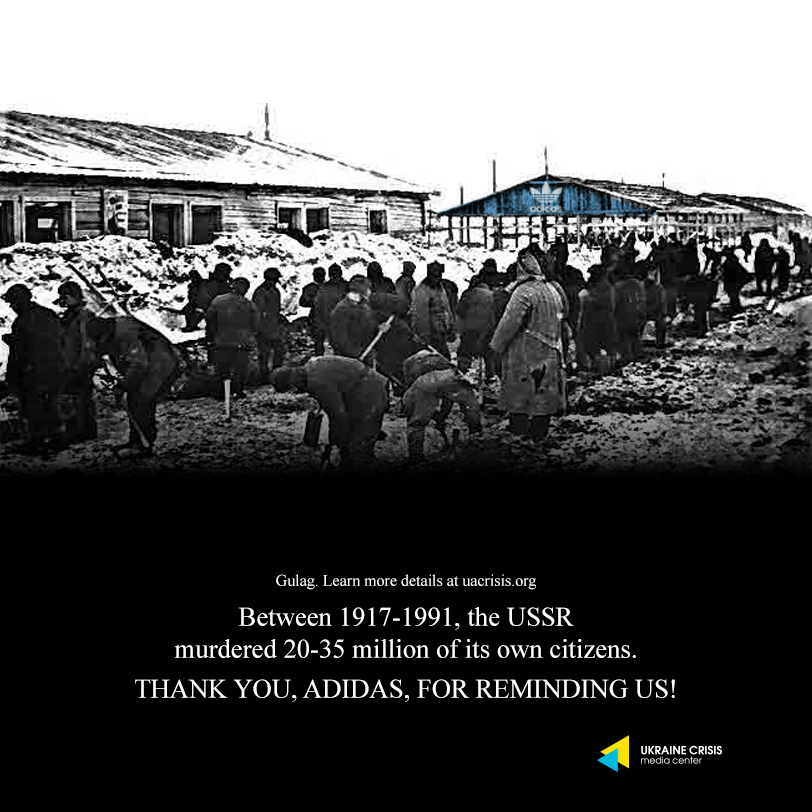 Adidas continues to align its marketing strategy with the Soviet legacy of persecution and totalitarianism, profiting from the sale of USSR-branded products. Therefore, UCMC publishes its seventh protest visual. We encourage everyone to join this campaign and to use their network of contacts to deliver this message to the world.

The infamous ‘Gulag’ was one of the major instruments of political repression in the Soviet Union. A network of hundreds of extermination labor camps brought together a wide range of convicts, from petty criminals to political prisoners and religious leaders. Between 1929 and 1953, approximately 18M people passed through the camps. Prisoners of war and internal ‘exiles’ brought this figure to over 28M. Between 1934 to 1953, up to 800 thousand people were executed for “political crimes”.