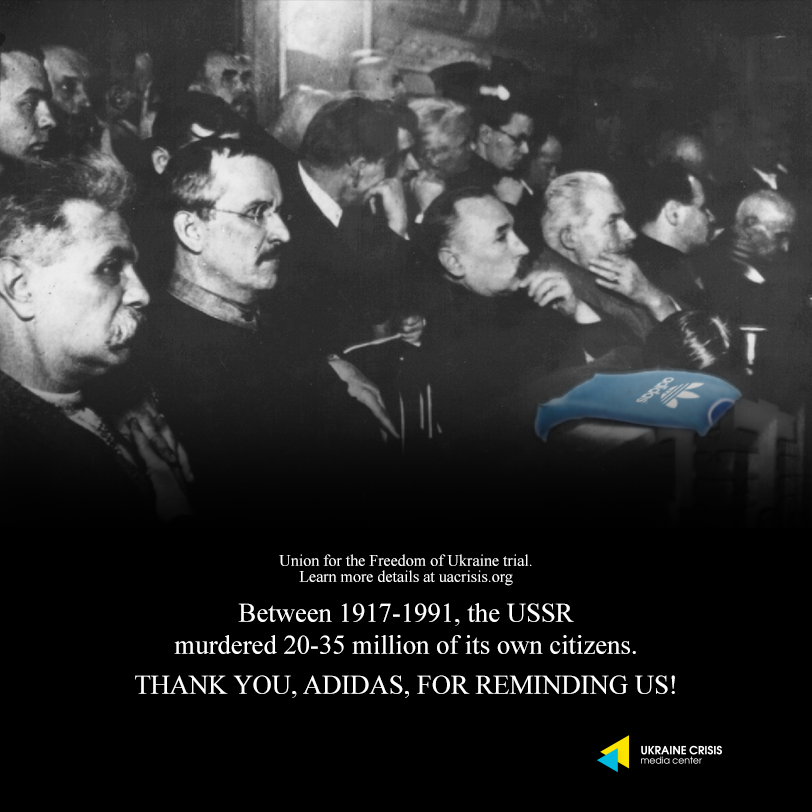 Having in mind the fact that Adidas refuses to withdraw its ‘USSR’ clothing line and publicly apologize for the incident, UCMC publishes its eighth visual reminder to the company.
We encourage everyone to join this campaign and to use their network of contacts to deliver this message to the world.

The infamous Soviet show trial of leading Ukrainian scholars and clergy in the late 1920s, known as the “Case of the Union for the Liberation of Ukraine” was contrived to discredit leading figures in Ukrainian cultural and public life. It was a precursor to the Soviet genocide of the Ukrainian nation, carried out by the USSR in 1932-1933. The fabricated case targeted 474 people, of whom 15 were sentenced to death, 192 were sent to concentration camps, and 87 were sent into exile.

Why does Adidas continue to align its marketing strategy with a murderous regime?

We demand that Adidas recalls these products immediately from its online and offline stores and distribution centers and issues a swift and profound apology to all those affected by its morally repugnant sales tactic.