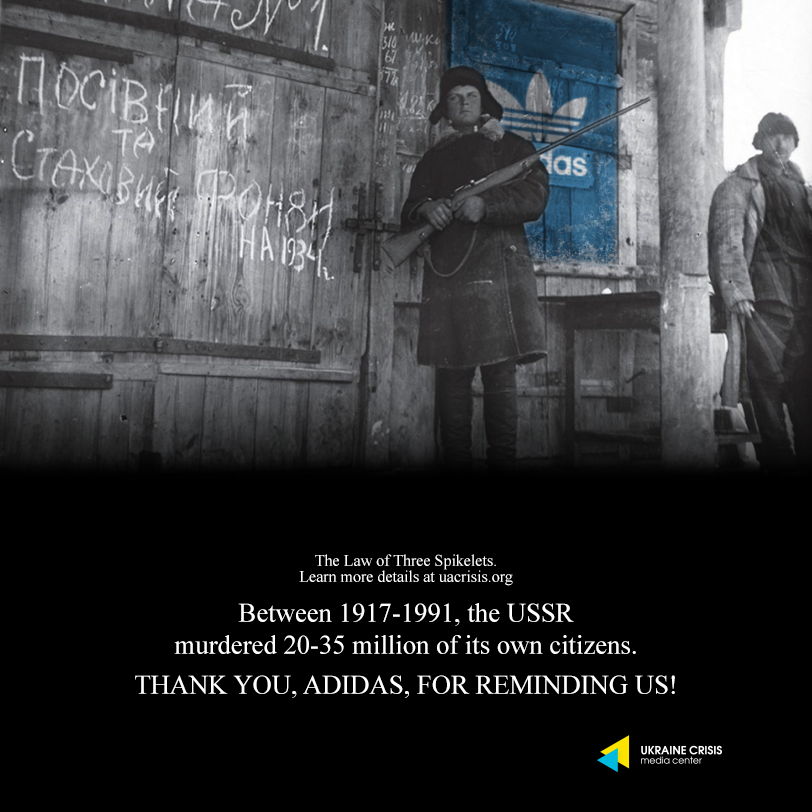 Adidas continues to align its marketing strategy with the Soviet legacy of persecution and totalitarianism, profiting from the sale of USSR-branded products.
Since the company refuses to recall its ‘USSR’ product line and publicly apologize for launching it in the first place, UCMC publishes its thirteenth protest visual.

The “Law of Three Wheat Spikelets” is the generic name for a repressive Soviet law from the time of the Holodomor famine-genocide. Under the law, those convicted of theft of collective and cooperative property were executed by firing squad or, under extenuating circumstances, at least 10 years in prison with the confiscation of all property. People sentenced under this law were exempt from amnesty. The generic name “Law of Three Spikelets” is derived from the fact that the law was used to prosecute not only real thieves, but also those who were starving and scavenged a handful of grain or wheat spikelets left behind in the fields after the harvest was collected. Over 200,000 sentences were passed under this law, with more than 11,000 executed.