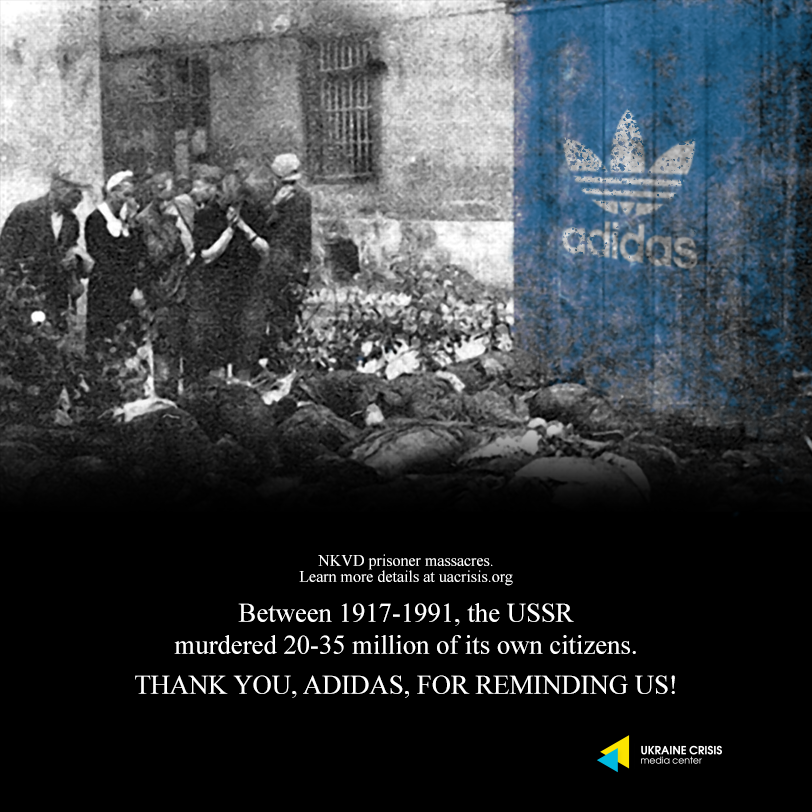 Having in mind the fact that Adidas still refuses to withdraw its ‘USSR’ clothing line and publicly apologize for it, UCMC publishes its fourteenth visual reminder to the company.
We encourage everyone to join this campaign and to use their network of contacts to deliver this message to the world.

Nazi Germany’s blitzkrieg Operation Barbarossa drive the Soviet forces into a rapid retreat. This led to a serious logistical problem for the NKVD (Soviet secret police) which had to quickly evacuate thousands of prisoners, mostly those charged with political crimes, from across Ukraine. As a result, the NKVD began summarily executing huge numbers of prisoners while most of the remainder perished in forced death marches. Nearly 9,000 prisoners were executed in the Ukrainian SSR, and an additional 20,000–30,000 in eastern Poland (what is now western Ukraine). The total death toll reached approx. 100,000 victims of summary executions in the span of just a few weeks.