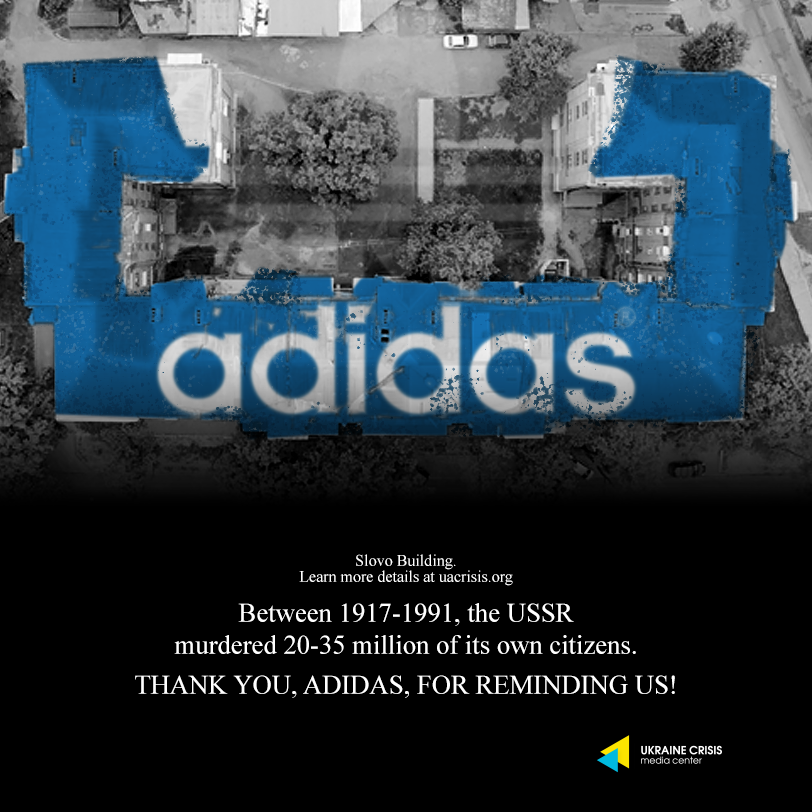 Adidas continues to align its marketing strategy with the Soviet legacy of persecution and totalitarianism, profiting from the sale of USSR-branded products.
Since the company refuses to recall its ‘USSR’ product line and publicly apologize for launching it in the first place, UCMC publishes its seventeenth protest visual.

The “Slovo” apartment block was built in Kharkiv in the late 1920s by a Ukrainian writers cooperative.

By 1938, residents from 40 of the building’s 66 apartments had been repressed. In some apartments, arrests took place on a rolling basis: the NKVD (Soviet secret police) arrested the apartment’s new residents, or they arrested the relatives of the inhabitants who had been there earlier. Many of them were executed or died serving their sentences.

After the repressions began, the building came to be known by its ominous nickname: The Crematorium.