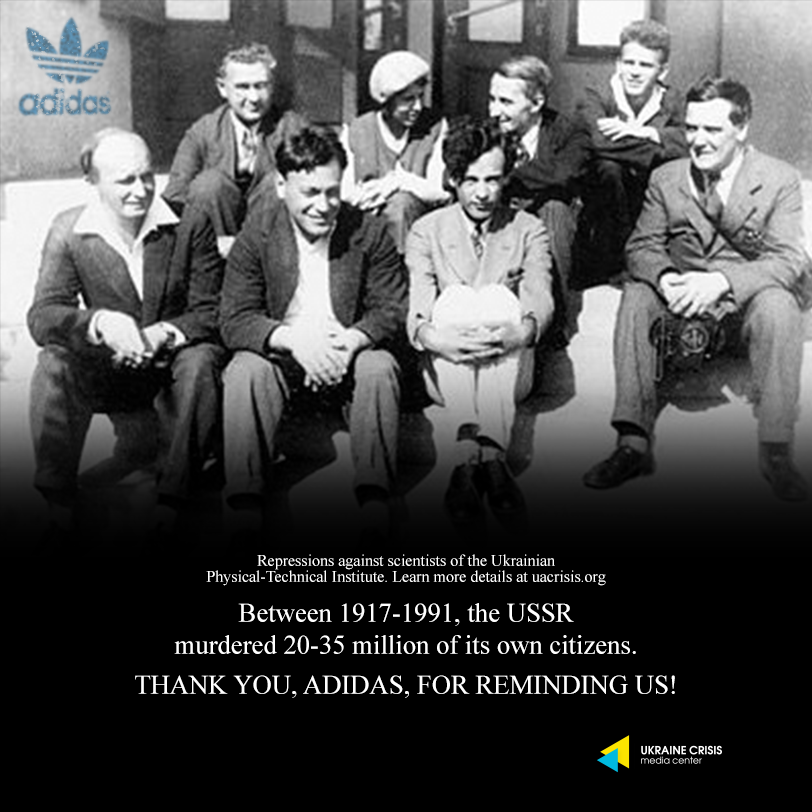 Adidas continues to align its marketing strategy with the Soviet legacy of persecution and totalitarianism, profiting from the sale of USSR-branded products.
Since the company refuses to recall its ‘USSR’ product line and publicly apologize for launching it in the first place, UCMC publishes its nineteenth protest visual.

The UPTI Affair was a series of repressions against scientists from the Ukrainian Physical-Technical Institute of 1935-1938, which led to the defeat of this scientific center and the death or departure of many of its leading scholars. The main events unfolded during the Stalinist “great terror”.