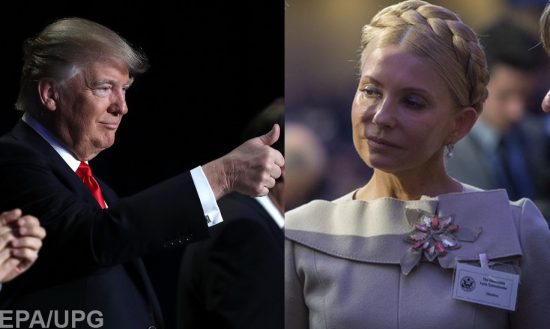 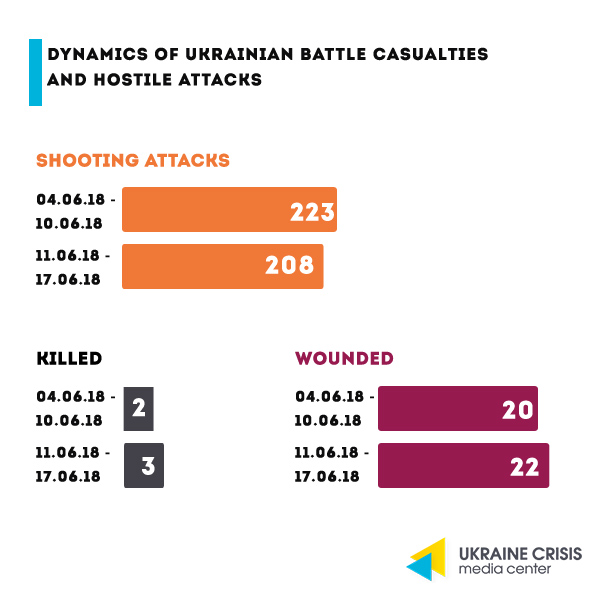 Last week combat actions in eastern Ukraine continued in the defined sectors mostly with the use of small arms. Russia-backed militants used the Minsk-banned weapons in Donetsk sector, near Pisky and outside Volnovakha – in the area of Starohnativka. Militants slightly decreased their activities in Luhansk and Donetsk sectors. At the same time the situation remains tense on the outskirts of Mariupol.

Damages to civilian infrastructure. On June 15 Russian proxies fired upon the civilian infrastructure of Novotoshkivske from 82-mm mortars. The photos made by the monitors of the Joint Coordination and Control Center demonstrate that the attack came from the direction of the uncontrolled Holubivske. Thus, three mortar rounds hit a multistoried apartment house on Oleha Vatazhka str. 2. At least 22 apartments were damaged, resulting from explosion of the ordnance the façade of the house was damaged as well as windows were blown out. No civilian casualties were recorded.

One year to the elections: who is consulting Yuliya Tymoshenko? 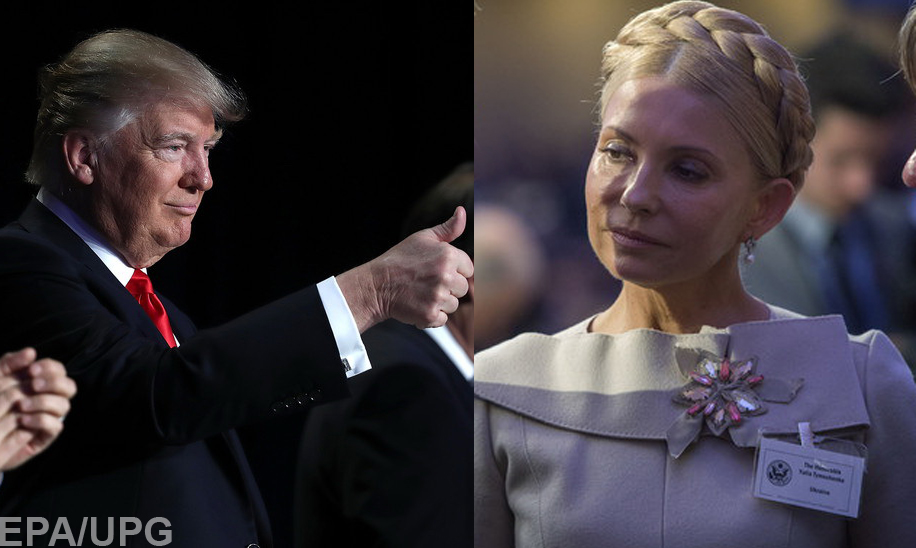 Less than one year is left to the Presidential elections in Ukraine. All the candidates start engaging in the run for the presidential post. Current opinion polls demonstrate that all the potential candidates have quite a low ranking that slightly exceeds 10 per cent. At the same time many opinion polls show Yuliya Tymoshenko being the leader. Journalists of Hromadske TV conducted their own investigation to find out who is consulting Tymoshenko. Below are the key findings of the investigation.

US consultant to Orbanand Trump. In autumn of 2017 political consultant George Birnbaum flew from the US to Kyiv. In course of his over 25 year long career as a political consultant Birnbaum helped to get or keep power to politicians including the Prime Minister of Hungary Viktor Orban and the President of Azerbaijan Ilham Aliyev. In 2016 he helped Donald Trump become the US President. During the elections he used to work as part of Barry Bennett’s team – Trump’s senior advisor. Later he became a partner at Bennett’s Avenue Strategies company. Birnbaum came to Ukraine with his colleague from Avenue Strategies – 29-year old Vlada Galan. Born in Odesa, where she also spent her childhood, Halan speaks Russian. In Kyiv he had meetings with several politicians but started working with Yuliya Tymoshenko.

At the same time Hromadske TV says that two sources non linked to each other – one at the campaign office of the “Batkivshyna” (Motherland) party leader and another at Avenue Strategies, claim that the US consultants are cooperating with Tymoshenko not only for what it concerns the US but also in Ukraine. There is no official confirmation to this information. Avenue Strategies is not commenting on the contract, while Yuliya Tymoshenko and MPs from her faction “Batkivshyna” deny that they cooperate with Bennett’s company.

Methods of work: “negative campaigns”. Birnbaum and Galan may be considered followers of the well-known US political technologist Arthur Finkelstein. Birnbaum used to work with him starting from 2003, Galan worked for some time in Finkelstein’s company.

This political consultant is thought to be one of the ideators of the so-called “negative campaigns”. Finkelstein was focusing not on building a positive image of a candidate, but on spreading negative information on their opponents. He used to apply the strategy of “votes siphoning” – a formula based on slogans that despise the candidate’s opponents.

What Yuliya Tymoshenko’s campaign is going to be like and whether the participation of the US consultants in it will be confirmed, we’ll see soon.

The Equality March in Kyiv

Equality March “KyivPride” – an annual march organized by LGBT activists and human rights defenders, was held in Kyiv. Despite the fact that the march opponents tried to block the place through which the march was supposed to walk, the event did happen. Moreover it became the calmest and biggest one in the four years since it’s being organized. It lasted just 26 minutes. According to the law enforcement agencies 3,5 thousand people took part in it, they were safeguarded by several thousand policemen. Organizers say five thousand people took part in the Equality March.

A sentence in the Maidan case: five years in prison to the responsible for the journalist’s murder 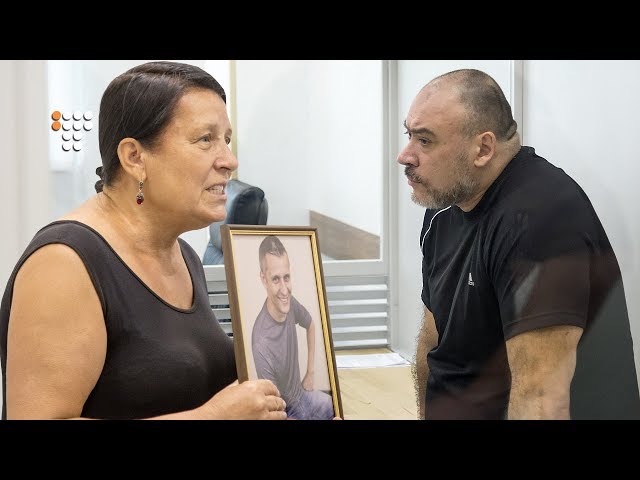 Yuriy Krysin, tried for over three years for the murder of the journalist Vyacheslav Veremiy in 2014, will now have to serve his term in prison. Krysin was recognized organizer of the attack on the “Vesti” journalist Vyacheslav Veremiy in Kyiv at night between February 18 and 19, 2014. Back then the so-called “titushky” thugs beat the journalist with bats and shot at him. Veremiy died in hospital from the injuries incurred.

In December 2017 Kyiv’s Shevchenkivskyi court sentenced him to four years conditionally. However on June 13 the Court of Appeal revoked the sentence changing it to five years in prison. Yuriy Krysin is also a suspect in several more Maidan-related cases: abduction and torture of activists in January 2014 and impeding peaceful protests. Lawyers may still appeal the decision of the Court of Appeal in the Court of Cassation.

Yuriy Krysin claims he received USD 20 thousand from Armen Sarkisyan for the so-called “security of the public order”. According to the Ministry of Internal Affairs, Sarkisyan was in his turn acting in the interest of the then-Minister of Internal Affairs Vitaliy Zakharchenko and his business partners. Krysin gave UAH one thousand to each of the accomplices, rest of the money he kept for himself.

A “hybrid blockade”: what is going on in the Sea of Azov? 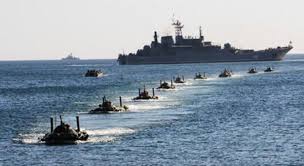 A new front emerged in Russia’s war against Ukraine – the Azov one. It is exactly here that the Russian Federation is bolstering its military presence, deploying to the Sea of Azov more infantry and missile ships from the Caspian Sea. The Russian border guard service is stopping the vessels heading to the Ukrainian ports of Mariupol and Berdiansk in the Sea of Azov and in the Kerch Strait, to conduct checks on the ships and identification of the crew members.

Delays of the vessels that last from several hours to several days complicate considerably the work of Ukrainian companies on the Azov coast. Experts insist that according to its scale it may be regarded as the economic suppression of Ukrainian port towns by Russia.

The hybrid blockade. The ports on the Sea of Azov started facing the problems several months ago – after the arches of the Kerch Strait Bridge were erected the ships exceeding 33 meters in height cannot enter the Sea of Azov. The port of Mariupol claims 144 ships cannot get to the port due to this restriction.

Crisis pretext in the 2000s. Before Russia started its armed aggression against Ukraine, it was Ukraine to control most of the Azov coastline as well as the fairway in the Kerch Strait. Apparently Russia did not like it. Back in 2003 this discontent translated into what turned to be Russia’s first territorial claim – the conflict around the Tuzla island.