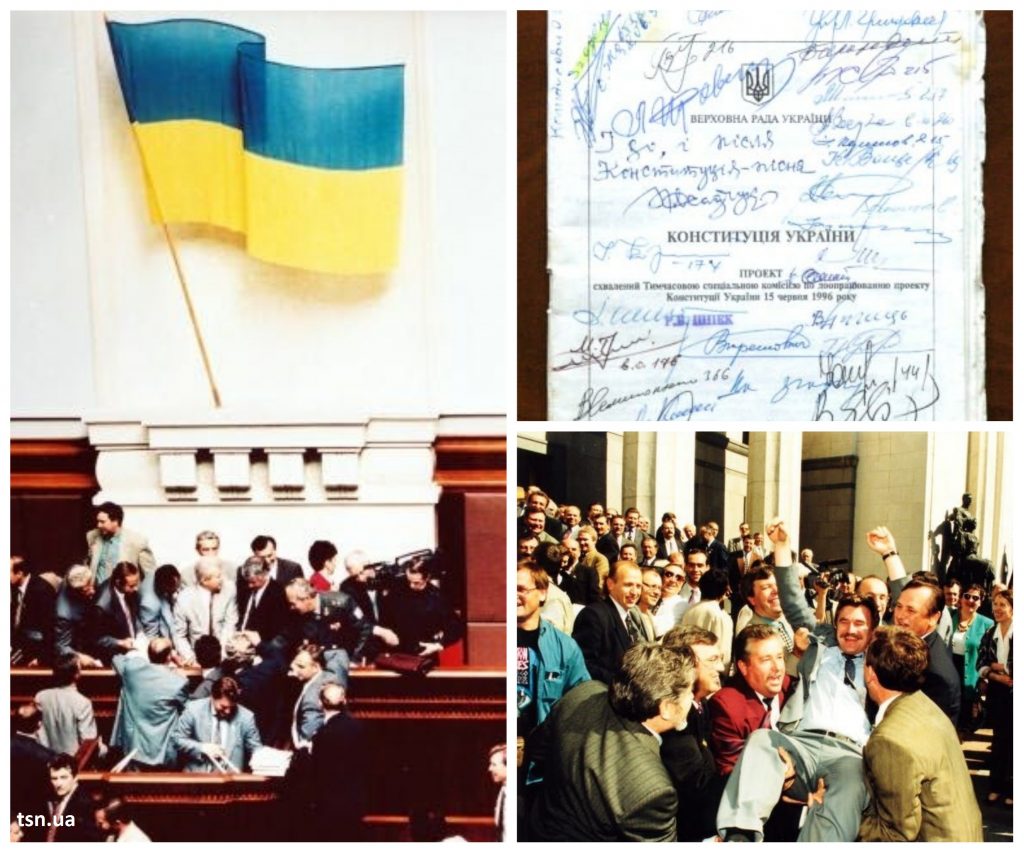 On June 28 Ukraine marked the Constitution Day. Twenty two years ago, back in 1996, the Ukrainian state adopted its Supreme Law. Today it has again come into the spotlight before the presidential elections Yuliya Tymoshenko, whom the opinion polls dub the leader of the presidential campaign, claims the need for the “new social contract”. Meanwhile, the actual President Poroshenko spoke of his intention to introduce into the Constitution Ukraine’s aspiration to become an EU and NATO member. These attempts to change the Constitution are not new to Ukrainian politics: over the 22 years the Law has been subject to change six times, and it thus reflects well the country’s past as well as all its political battles. UCMC takes a look at the path of Ukraine’s Supreme Law, its most daunting problems and at the changes to expect shortly. 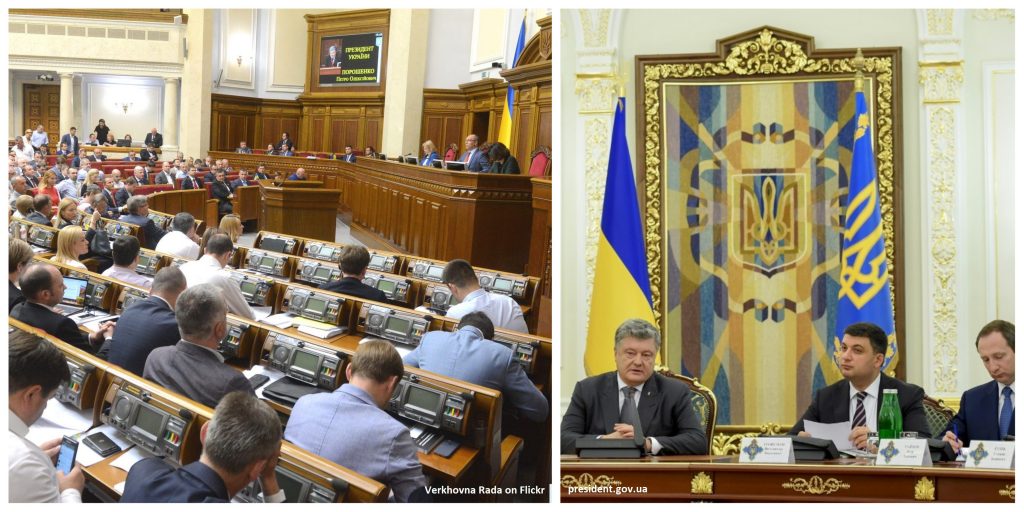 MPs managed to adopt the Supreme Law in long-standing discussions during the presidency of Leonid Kuchma. It happened on the legendary “Constitutional night” of June 28, 1996. Since then Ukrainians got to live through many changes that the Constitution incurred. Nearly each president was trying to amend it to his benefit in the standoff with the Parliament, the most persistent in this regard turned to be Viktor Yanukovych. The Supreme Law has always been slightly inconvenient for the state leaders, and they were thus trying to rewrite it in this or that way in order to change the balance of powers in the country.

A parliamentary or presidential republic?

One of the biggest collisions of the Ukrainian Constitution is the balance of power between the President and the Parliament. It is this balance that has seen the biggest battles unfold around it over the past two decades. For ten years – between 1996 and 2006, Ukrainians lived in a parliamentary-presidential republic where the President enjoyed wide powers. Then between 2006 and 2010 – Ukraine turned into a presidential-parliamentary republic with the strong Parliament. Afterwards there was a switch back to the presidential model that lasted four years until 2014. Finally, after Euromaidan the Parliament regained more powers once again. The return to the parliamentary-presidential model occurred in February 2014 after the presidential powers of Viktor Yanukovych were suspended. 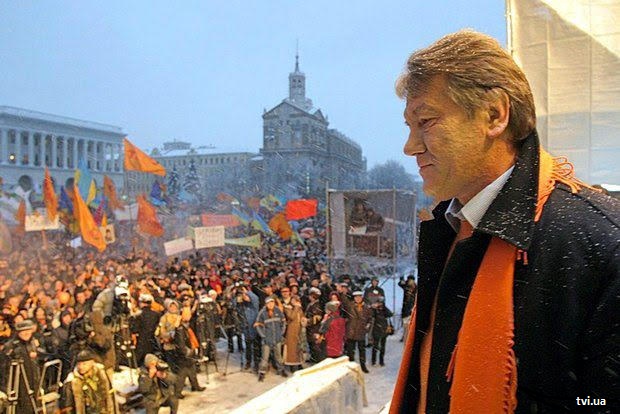 The political reform of 2004-2006: power to the Parliament. Starting from 2003 political forces of Viktor Yanukovych and Leonid Kuchma initiated the constitutional reform that sought to weaken the President’s powers and to pass to the Verkhovna Rada (Ukraine’s Parliament) the right to form the government of Ukraine. Their motivation was quite simple: they realized they were not going to win the presidential elections. The “Orange” forces of the opposition of Yushchenko and Tymoshenko were ardently protesting against the reform as they were confident in the victory of their candidate at the presidential elections of 2004.

The Law amending the Constitution (on the political reform) foresaw the transition from the presidential-parliamentary to the parliamentary-presidential governance form as well as empowered the coalition of parliamentary factions to form the government and extended the term in the office for MPs to five years. The changes came into force in 2006 after the victory of the Orange Revolution and boasted support from the then-President Yushchenko who then made a decision to unite with the political force of his former opponent Yanukovych joining forces against Yuliya Tymoshenko.

The year 2010: reinforcement of the Presidential office. It comes as a paradox but after Viktor Yanukovych and his Party of Regions acceded to power the party’s position as to the state system made a 180-degree turn. At the post of the President Yanukovych was in try to reinforce his power. On September 30, 2010 Ukraine’s Constitutional Court, under the evident pressure by Yanukovych, ruled previous constitutional changes that he himself had initiated several years before being not in line with the Constitution of Ukraine. The Ukraine’s Constitutional Court restored in power the Constitution of 1996 and Ukraine became a presidential-parliamentary republic again.

2014: the role of the Parliament bolstered. Last time the Constitution was subject to change following the Revolution of Dignity. On February 21, 2014 the then-president Viktor Yanukovych and the leaders of the opposition signed an agreement that foresaw the return to the Constitution of 2004 balancing the powers of the Cabinet of Ministers (the government), the President and the Parliament. The Verkhovna Rada voted in the draft on the same day. The President Poroshenko elected several months after, has not been changing the balance of power since then.

Throughout Poroshenko’s presidency the balance of power has not been subject to change. Instead the President initiated and implemented several important changes to the Constitution. 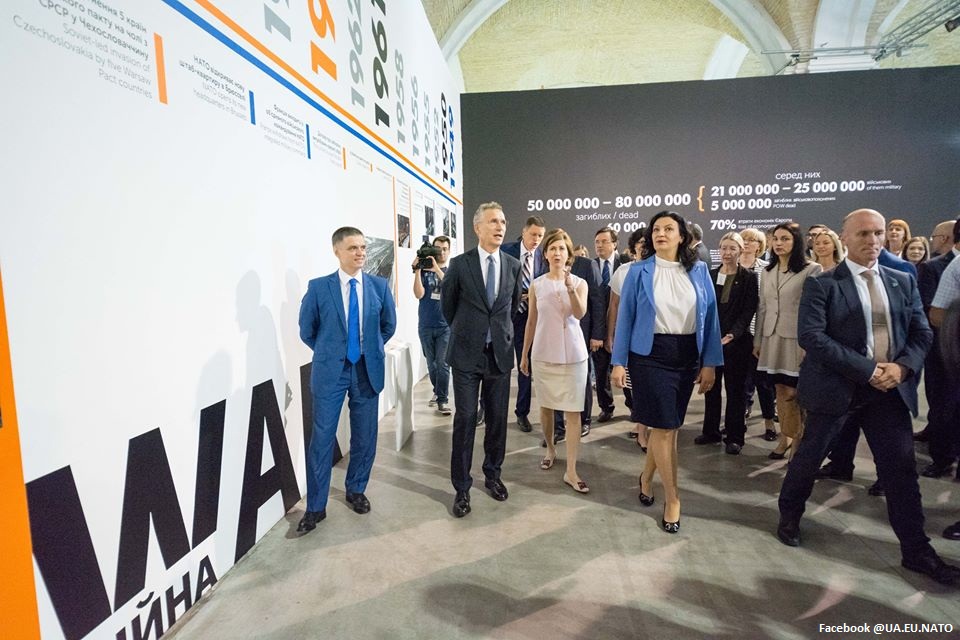 Decentralization. Several months after Petro Poroshenko was elected President, a draft law on decentralization introducing amendments to the Constitution was submitted to the Parliament.

The main novelties that the draft law brought were financial decentralization of the regions and posts of prefects, it also granted to the President the right to dismiss local councils and a possibility for specific local self-governance in the defined regions of Donetsk and Luhansk regions. The draft law in question passed the first reading only.

Judicial reform. On June 2, 2016 the Verkhovna Rada adopted the changes to the Constitution in the justice part to re-launch the judicial system and set the judiciary free from corruptionists. The main principles of the judicial reform became the return to the three-layer judicial system, establishing of the Supreme Council of Justice, mandatory re-attestation of all Ukraine’s judges, mandatory asset declaration for judges and their family members as well as stripping them off the immunity.

Why the actual Constitution is being criticized today? 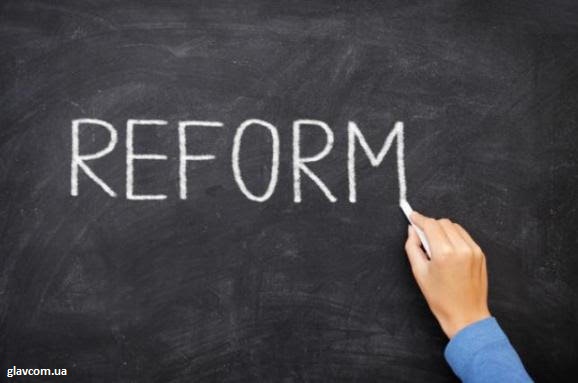 The numerous amendments made to the Supreme Law in course of all the political battles of the past decades are not the only problem of Ukraine’s Constitution. Other drawbacks include imperfect text and, in particular, the contradictory definition of economic rights that may become an obstacle on the way to reforms. So that the voices of those aiming for the new Constitution will be becoming louder each time.

Economic rights. The Constitution contains a series of economic rights that the state cannot provide for. “This Constitution has served its term for a series of reasons. Firstly, it is unrealistic. When the Constitution is lying, so does everyone else. The Constitution contains a whole block of rights, the so-called economic rights that only the countries having the GDP per capita of USD 30 thousand per year may afford. (…) When they talk about affordable accommodation, free healthcare and education here, they are actually killing the healthcare, doctors, patients and higher education – neither of our universities entered the world’s top 100 ranking,” lawyer and activist Hennadiy Druzenko said during the forum “The Country’s New Plan” (Novyi kurs krayiny) organized by Yuliya Tymoshenko. The healthcare reform that kick-started this year has already come across the criticism: the aspirations of the healthcare reformers to clearly define free and paid services, introduce insurance-based healthcare system have already come across a populist argument that the Constitution stipulates the right to “free healthcare”.

Eclecticism. Moreover the Constitution is being often criticized for being eclectic – comprising the provisions from the Soviet Union times and the current European ones. From the very beginning it was a transitional document requiring change. One may clearly sense the conflict between the then-left forces (the Socialist Party) and the then-reformers (Leonid Kuchma’s party) in the text of the Supreme Law. These contradictions do not come to a compromise, instead they lead to eclecticism and result in contradictory provisions.

Is the new Constitution needed and possible? The complexity of the situation lies in the fact that despite the imperfection of the actual text of the Constitution, it does not allow for adoption of a brand new Supreme Law. Even its biggest critics admit it. “Since the Constitution’s adoption in 1996 it has been changed several times to an extent when it is not clear what is functioning in the state and in what way. So that the only way out of this situation is to adopt a new Supreme Law of Ukraine,” the first president of Ukraine Leonid Kravchuk said. At the same time he claims that the actual Constitution contains an article prohibiting the adoption of a new Supreme Law. The article suggests that the document can only be amended not changed entirely.

Whether these will be amendments to the law or a new constitution – the main problem stays in the attempts to politicize the Supreme Law as well as the respective crisis of trust to it in the wider society. If the Constitution stipulates what is not actually there in practice and what cannot ever happen, if every political force is rewriting the law to its benefit, it undermines the citizens’ trust to the state. Restoring this trust would be the priority task for the Ukrainian political class.