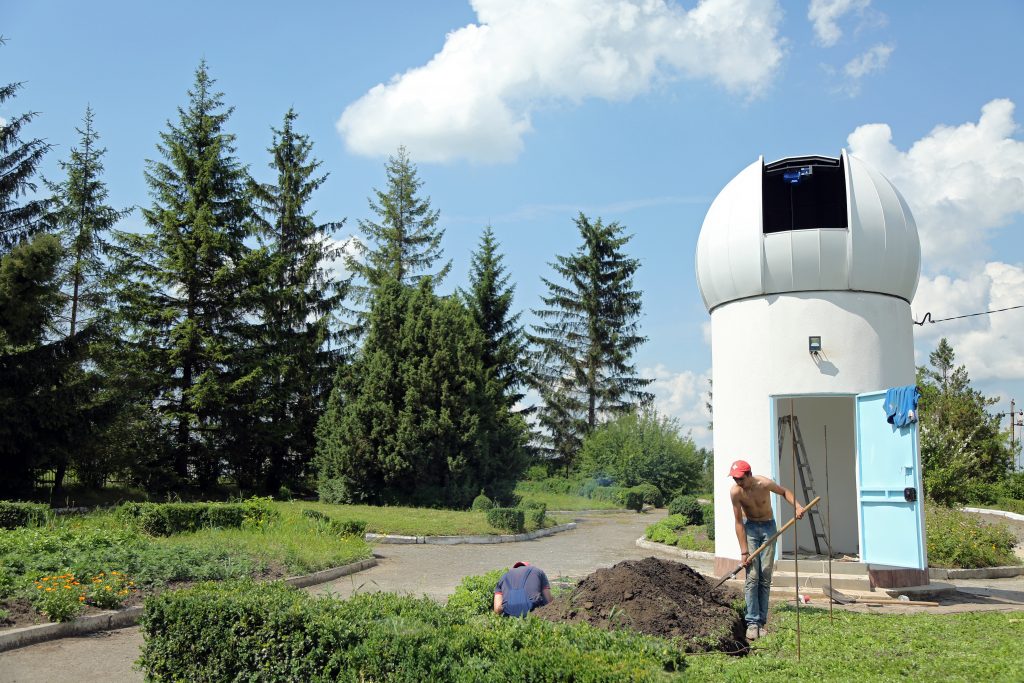 The decentralization reform that kick-started in Ukraine after the Revolution of Dignity has granted new opportunities to Ukraine’s regions. Among other novelties the reform foresees that the major part of the tax revenue collected locally stays at local level instead of being transferred to Kyiv. Amalgamated territorial communities (or hromada in Ukrainian) get the possibility of deciding by themselves what to spend their money on. Some opt for repairing roads, constructing new schools, hospitals or kindergartens. Others like, the Baikovetska hromada of Ternopil region in western Ukraine, choose to open a “window to space” in the community. They built, what appears to be, Ukraine’s first-ever school observatory with a strong telescope in Lozova village. The students of the village school can thus see galaxies, watch Mars or storms on Jupiter through the telescope. The observatory came to be partly built at the hromada’s own expense and partly with the support of the USAID’s program Decentralization Offering Better Results and Efficiency (DOBRE). UCMC takes a more detailed look at the story. 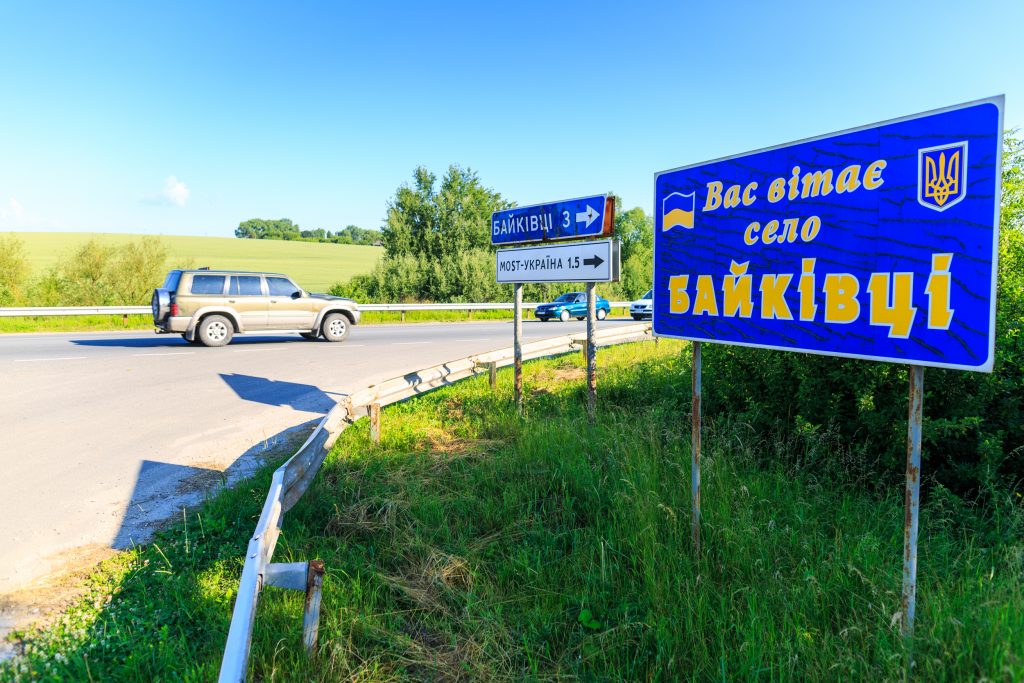 In love with space

The school in Lozova village in Ternopil region has 150 students. Most of them enjoy physics and astronomy classes, not because they are inclined towards these subjects but because they’re really lucky with their teacher. Mykhailo Shemelia is an enthusiast of his work. It was him who initiated the setup of a real school-based observatory with a telescope that would give the children an opportunity to watch the planets and explore the galaxies not only through the text books but also live. 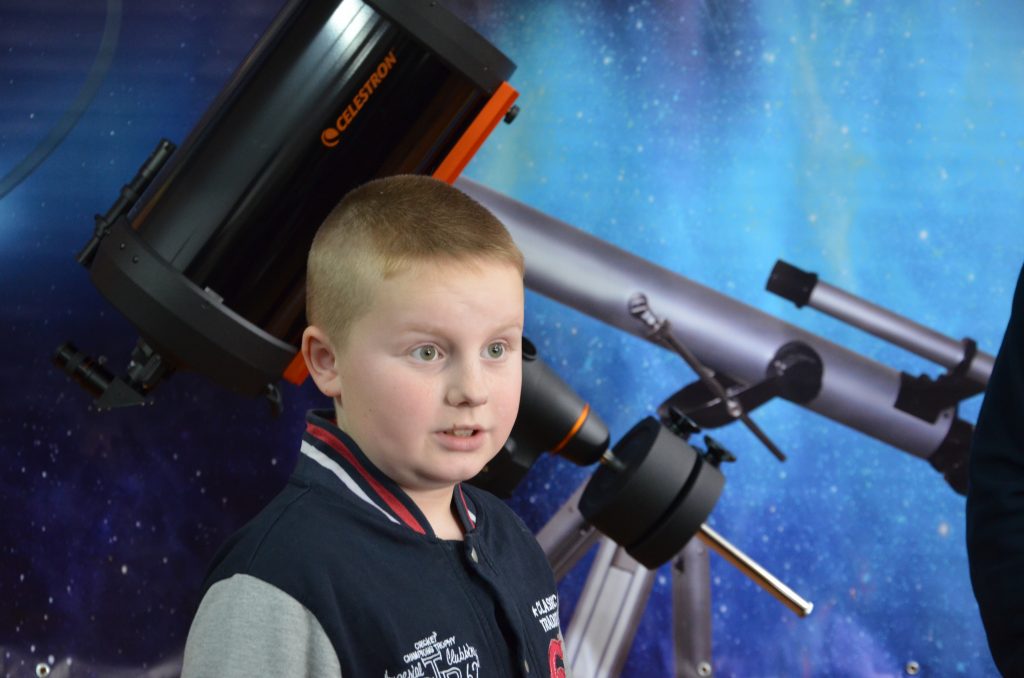 “Scientists have found that there’s no one on Mars, no one at all. I wonder whether there is anything natural on meteorites, any form of life,” reflects 8-year-old Bohdan, a school student. Like other school children he sees the school observatory as a subject of interest.

The idea of the physics and astronomy teacher found support with the hromada’s adults. The locals gave a green light for the setup of the leading astronomical school class at the local school as well as for the observatory construction. But where would the money come from?

The observatory cost over UAH one million (about EUR 33,5 thousand). Hromada’s own money would not be enough to cover the project’s cost. So UAH 800 thousand were taken from the hromada’s local budget and UAH 260 thousand came as a contribution from the DOBRE program. 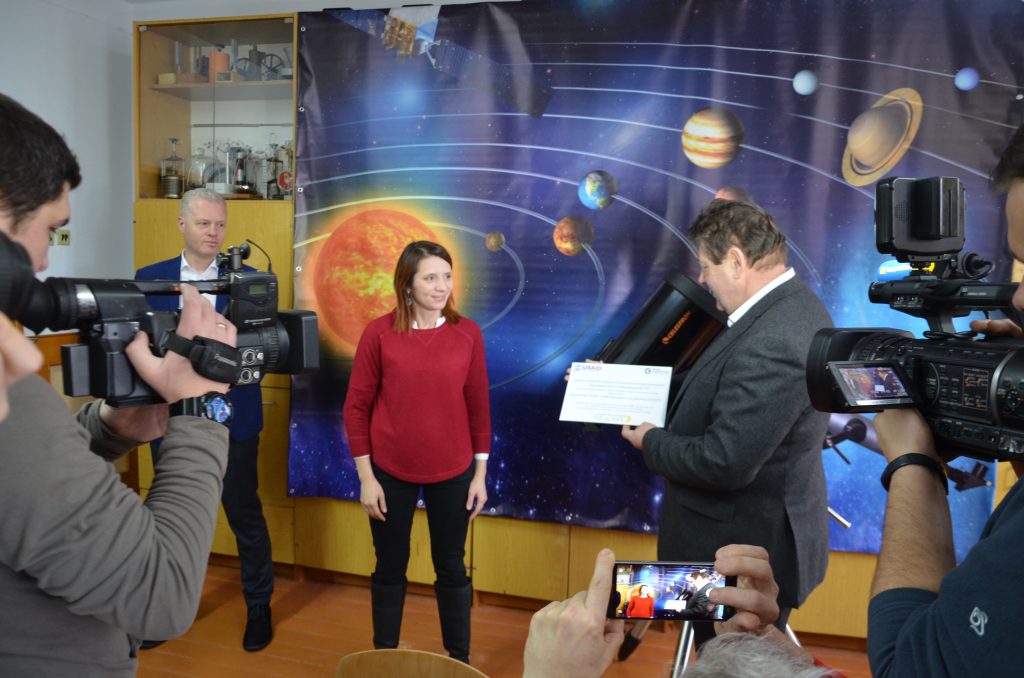 “Thanks to the increased flow of expenses that the hromada is getting as a result of the decentralization reform, we have constructed an observatory,” said Anatoliy Kulyk, head of the Baikovetska hromada.

There is now a possibility for the locals and guests of the Baikovetska hromada to take part in astronomic classes, research and development work as well as to join the observatory’s activities remotely through the web site and enhance the STEM (Science, Technology, Engineering and Mathematics) education in the community.

The opening of the observatory was attended by the U.S. Ambassador to Ukraine Marie Yovanovitch. One day the students of the Baikovetska hromada may become scientists or inventors who will not only help Ukraine boost its technical potential but will be also promoting its achievements at the international level, the Ambassador said during the official opening of the observatory. Who knows, may be some of you will make a strong competition for Elon Musk, she added. 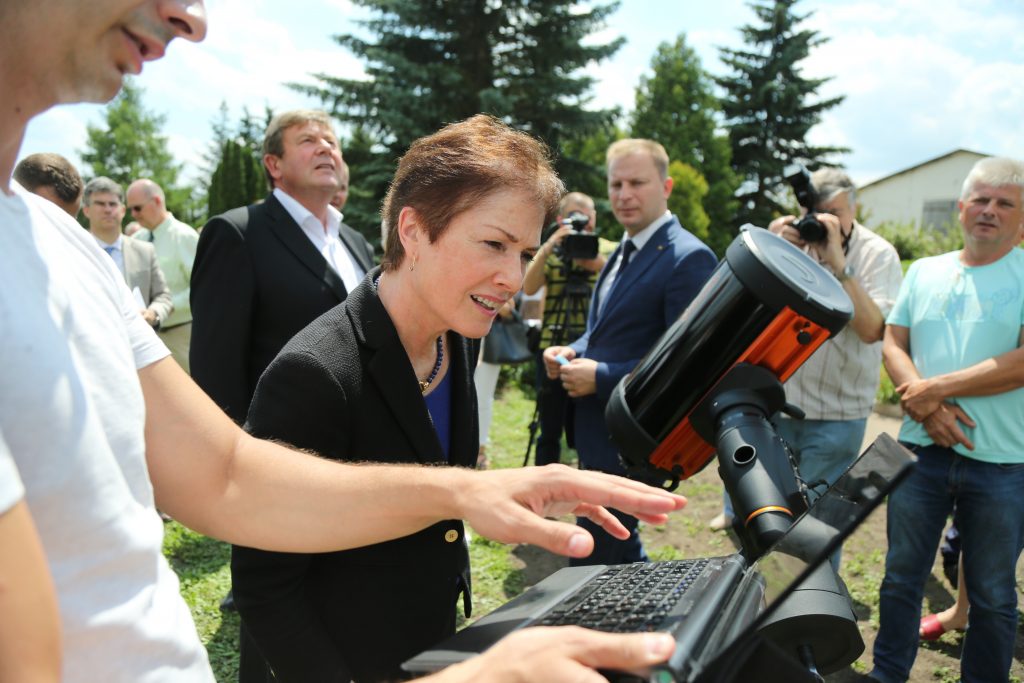 Today the observatory is already operational, it is equipped with a strong telescope with the auto-focus system, up-to-date IT equipment and on-hands training materials. “Children can see the storms swirling on Saturn. They need not be constantly told something, they can see it in their own eyes. After a child sees the rings of Saturn or clouds on Jupiter, or the phases of Venus, they come to understand how deep is our universe and how complexly organized it is,” says Serhiy Verbytskyi, the observatory engineer. 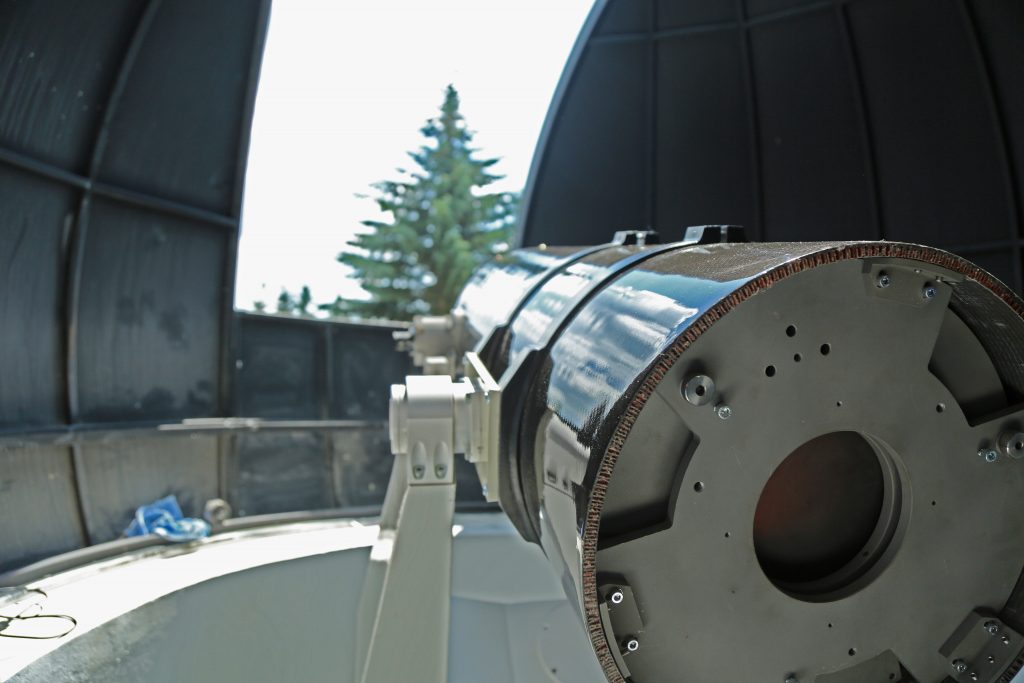 The school already has an astronomic class, students are actively engaging other locals into thematic quests and hold astrological conferences at school. The launch of the observatory opens possibilities for other schools of the region as well. “In the future it will be possible for the interested children from other communities of Ternopil region to study the stars through our observatory by accessing it remotely,” school teacher Mykhailo Shemelia said.