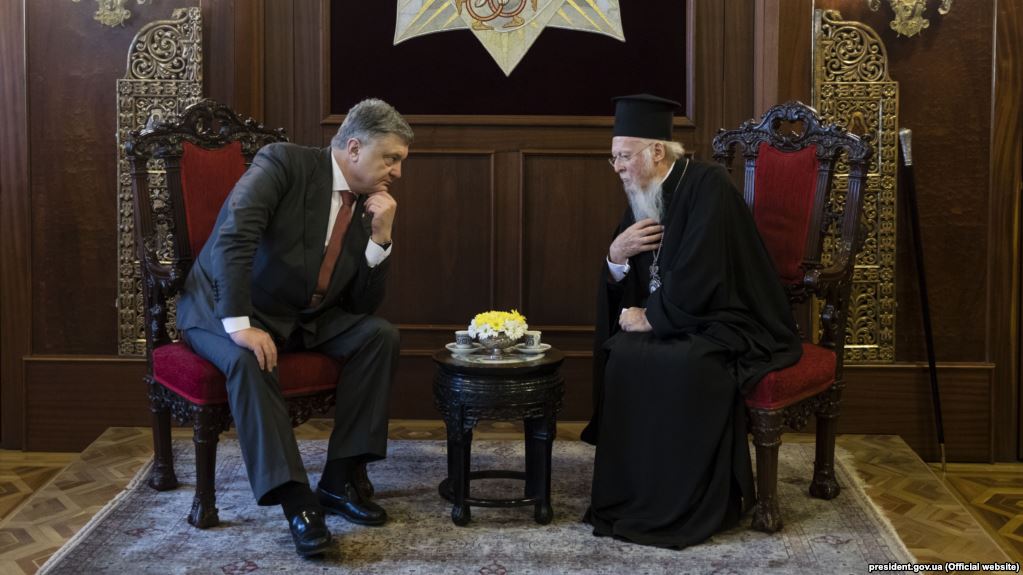 July 27, 2018 Ukraine celebrates the 1030th anniversary of the Baptism of Ukraine-Rus. This year’s celebration will be special – in April of this year, President Poroshenko announced the possibility of a historic decision for the country: a single, autonomous autocephalous church, independent of Moscow, may be created in Ukraine. It was supposed that the Ecumenical Patriarch Bartholomew will grant Tomos (permission required for this) to Ukraine until July 27-28. Then the expected date shifted to Independence Day. Today it is clear: clarifying the terms is a thankless task, but the process is very likely to be completed by the end of the year. Why this issue is important to the country, how it is related to geopolitics and what we can expect – coming up in the UCMC material. 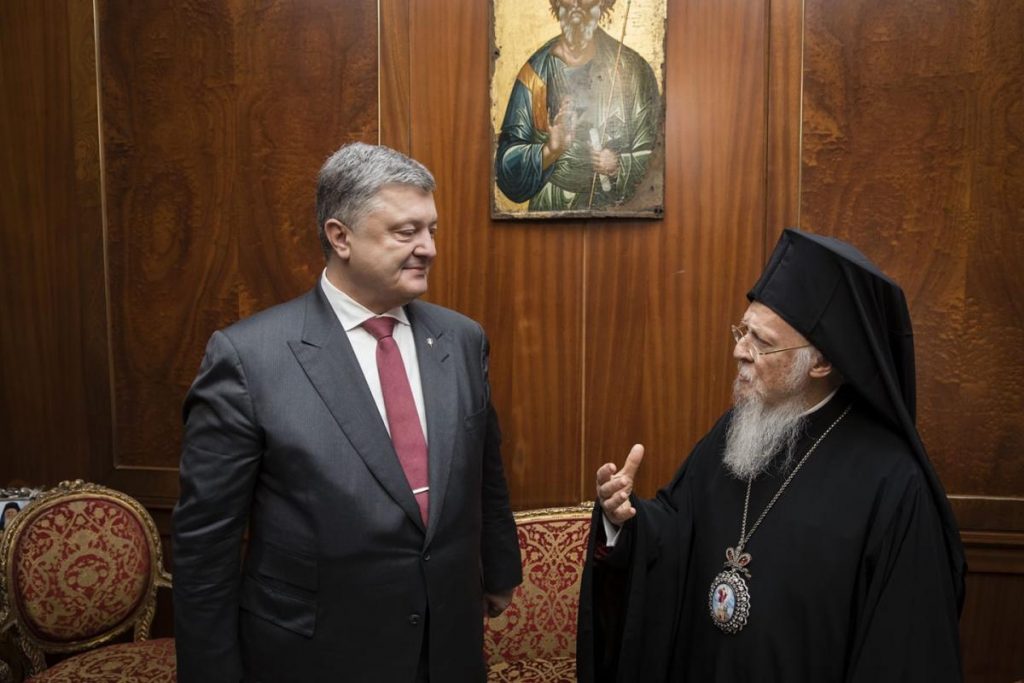 Geography and geopolitics of the Orthodox world. Today, the Orthodox world has about 300 million believers worldwide – three times less than Catholics. The Patriarchate of Constantinople (in Istanbul) has historically claimed primacy in the Orthodox world. At the same time, the Russian Patriarchate believes the primacy of Constantinople to be a pure formality, because in fact, the largest Orthodox Church in today’s world is Russian. According to the established typology, universal Orthodoxy is conditionally divided into two parts: the Greek (Constantinople, Alexandria, Jerusalem, Cyprus, Hellas and Albania) and Russian (Antioch, Georgia, Serbia, Bulgaria, Poland and Czechia-Slovakia). Romania stands apart, as it can hardly be called pro-Greek, and it is pro-Russian only situationally and declaratively. Ukraine has belonged to the Russian sphere of influence for the last three centuries. Now it wants to exit the Russian influence zone and gain independence (autocephality) thanks to the support of Constantinople.

Orthodox Church in Ukraine: what’s the problem? After the collapse of the Soviet Union, Ukraine has three religious organizations that believe themselves Orthodox. However, only one of them is considered canonical, that is, recognized by Orthodox churches of other countries – it is the Ukrainian Orthodox Church of the Moscow Patriarchate (UOC-MP), which is part of the ROC. The other two – the Kyiv Patriarchate (KP) and the Ukrainian Autocephalous Orthodox Church (UAOC) – are not recognized, Moscow calls them schismatic. It is the non-canonical nature of the KP and the UAOC that poses the greatest problem to both believers and priests. After being granted the Tomos, these churches will be able to unite into one canonical church.

A view from Kyiv: what the war of 2014 changed. Each Ukrainian president considered creating an Orthodox Church, completely independent from Moscow, but none could implement this intention. Following the annexation of Crimea and the beginning of the war in Donbas, these talks revived: Ukrainian politicians have repeatedly accused the UOC-MP of serving the interests of the Kremlin. “It is not only religion but also geopolitics … This is a matter of national security, because the Kremlin sees the ROC as a key instrument of influence on Ukraine,” said Petro Poroshenko at that time. The Crimea annexation and hostilities in Donbas made the popularity of “Moscow Church” in Ukrainian decline.

According to the Razumkov Center in Kyiv, the events of 2014 led to the UOC-MP losing the title of leader in the number of supporters among Ukrainian churches. 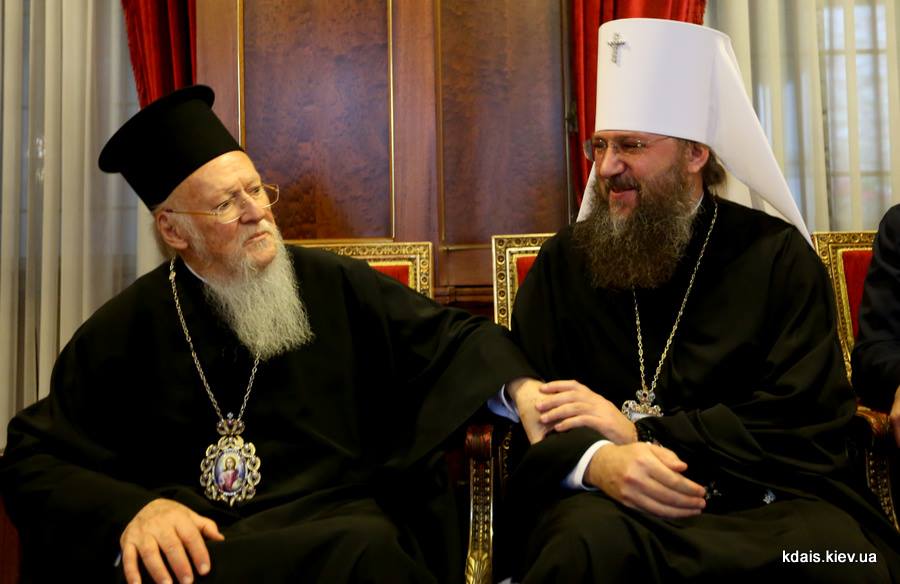 View from Constantinople: what the 2016 Pan-Orthodox Council changed. The Ecumenical Patriarch has repeatedly stated that the Kyiv Metropoly is its canonical territory. But only now these words began to encourage the patriarch to take actions. 2016 was decisive: the Pan-Orthodox Council was held in Crete, for the first time in the last thousand years. It was prepared for 50 years, and for Bartholomew it was a lifetime project. Representatives of the Russian Orthodox Church did not come to him. It made Bartholomew realize that the ROC could not be trusted, and his interests coincided with the interests of Kyiv. At the moment, it seems that Patriarch Bartholomew is on the Ukrainian side: he has already promised the Tomos of autocephality to Ukrainian non-canonical Orthodox churches unofficially, although Constantinople has not yet spoken about the decision in public.

Why is autocephality of Ukraine advantageous to Constantinople? The Ecumenical Patriarch is concerned that the Ukrainian Church should become autocephalous, because the Moscow church has the status of the largest in the Orthodox world due to Ukrainian parishes. As a result, the ROC claims that, since it is the largest, it should be the first. After the Tomos is granted, more than half of Ukrainian parishes will leave Moscow, so the “most numerous” status will be lost, as well as its primacy claims. 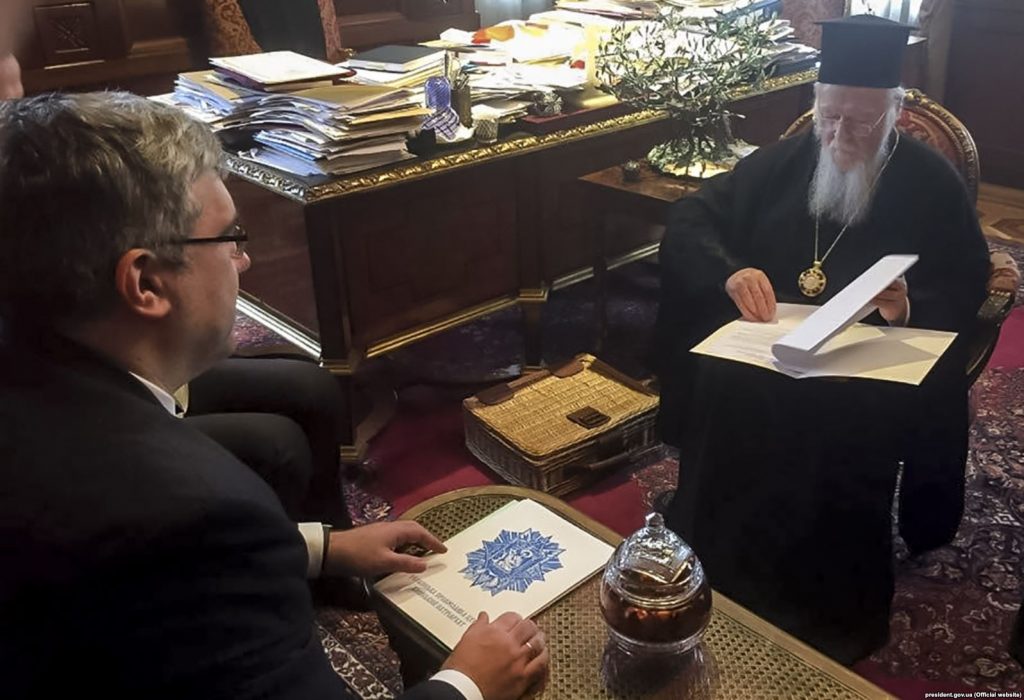 Procedure for granting autocephaly: Poland and Estonia as precedents. In 1924, the Patriarch of Constantinople gave the Tomos of autocephaly to the Polish Orthodox Church, which was part of the Kyiv Metropolitanate before that. Both the Metropolitan of Warsaw, and President Pilsudski applied for this status. On the basis of the requests of both the church and the president, the then-Ecumenical Patriarch granted the Tomos to the Polish church.

In 1996, a similar conflict arose around the Estonian Church. In 1920-30-ies, the Estonian Orthodox Church belonged to canonical jurisdiction of Constantinople, but after the accession of Estonia to the USSR, this church was attached to the ROC. After the collapse of the Soviet Union an independent church was created in Estonia, and in 1996, Constantinople regained its autonomy. The Russian Orthodox Church did not recognize this decision. Today there are two Orthodox canonical churches in Estonia.

Why is the decision on autocephaly delayed? In April 2018, after receiving a petition from Kyiv a special commission was created in Constantinople. It consists of the three metropolitans of the Patriarchate of Constantinople who visit all the provincial Orthodox churches. They do not ask for a permission to grant a Tomos. They simply inform other churches about the intention of Constantinople because the Ecumenical Patriarch himself can grant it, without the prior consent of other Orthodox churches. This process is currently underway. At the same time, representatives of the Russian Orthodox Church also visit the local churches and persuade people to oppose the decision of Constantinople on autonomy for Ukraine.

Probable scenario for the creation of a new Church. If Ukraine receives the Tomos, then the Council of the three Churches will be held with the participation of the bishops of the Kyiv Patriarchate, the UAOC and those of the MP, who petitioned Patriarch Bartholomew to grant autocephaly. This will be the unification of Ukrainian Orthodoxy. The only Primate will be elected at this Council, and he will receive the Tomos. Next, the new Ukrainian Church will be in communion with all the world’s Orthodox churches. It is important that the Verkhovna Rada adopt a law on the name of the church: although the Church of the MP is called “Ukrainian,” it is actually part of the Russian Church. However, when a single national Ukrainian church appears, there will be no other UOC, according to the Tomos. Therefore, those who do not want to be part of it will not have the right to be called Ukrainian. Then the MP would be the Russian Orthodox Church in Ukraine. 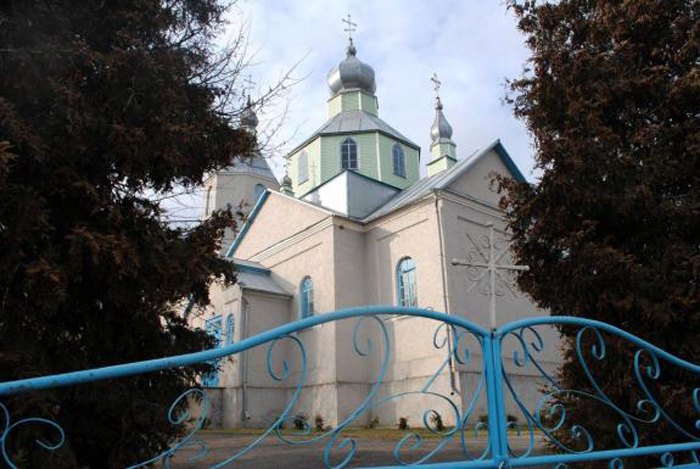 Blackmail from Moscow. After a sensational announcement about the beginning of the process of recognition of the Ukrainian autocephalous church by Constantinople, the Russian Church issued explicit threats: if the Ecumenical Patriarch Bartholomew “legalizes the schismatics,” this decision will not be recognized in the Universal Orthodox Church. Besides, they threatened almost the largest schism since the Great Schism of 1054. In the occupied part of Donetsk region they gather people to be sent to Kyiv as a “support group” for opponents of Ukrainian autocephaly. These people will participate in the events organized by the UOC-MP on the Day of Baptism of Kievan Rus.

Vatican position. Moscow has even tried to seek the support of the Vatican which has no formal influence on the Orthodox Church. During the past few months, Metropolitan Hilarion, the Minister of Foreign Affairs of the Russian Orthodox Church, visited the Pope twice. Although his both visits were not an occasion to discuss the Ukrainian issue, the Vatican supported the position of the Russian Church. Firstly, the Vatican has put too much effort into establishing a dialogue with the Russian Orthodox Church, and secondly, it is not interested in the emergence of a canonical Orthodox church in Ukraine that will compete with the Greek Catholics.

What do Ukrainians think about autocephaly? About 31% of Ukrainians support the creation of a single local autocephalous church, 20% – do not support. 35% per cent of respondents do not care, and 14% per cent of respondents are not sure on how to answer. This was revealed by a sociological survey conducted by the Democratic Initiatives Foundation and the Oleksandr Razumkov Center in late May 2018.

Conclusions At the moment, it seems that the procedure for granting a tomos to Ukraine has already been launched, and only force majeure can stop it. Tomos is a historical document. If a Tomos is granted to Kyiv, then this fact will not only contribute to President Poroshenko election campaign, but will also divide the latest Ukrainian history into “before” and “after” it.