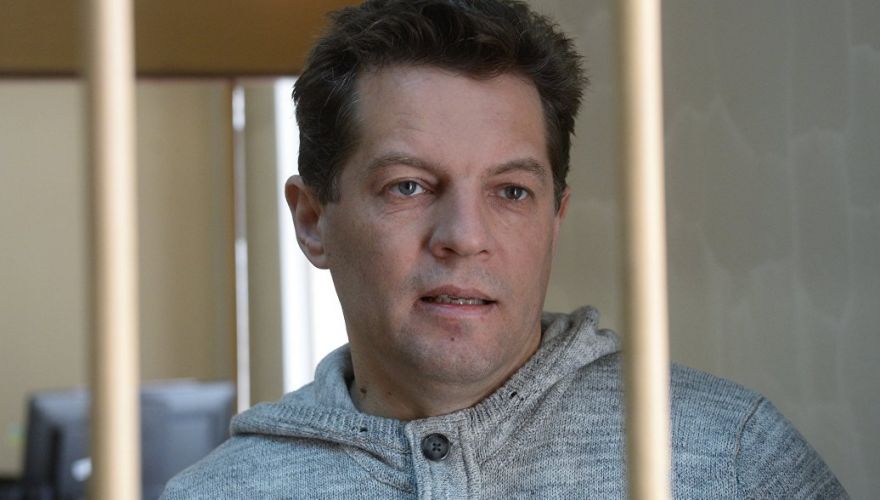 On September 12 the Supreme Court of the Russian Federation ruled lawful 12-year sentence issued earlier by the Moscow city court to Roman Sushchenko, Ukrainian journalist, whose arrest and imprisonment Ukraine and the international community see as illegal and politically motivated. The decision was announced by a judge of the Russian Supreme Court. The appeal of the defense was thus rejected in full. Sushchenko made a statement saying that he disagrees with the court decision and that he will keep on fighting for his liberation, among the actions he is to get is also filing a claim to the European Court of Human Rights. UCMC takes a closer look at who Roman Sushchenko is, why he was arrested and what is the likely outcome of his case. 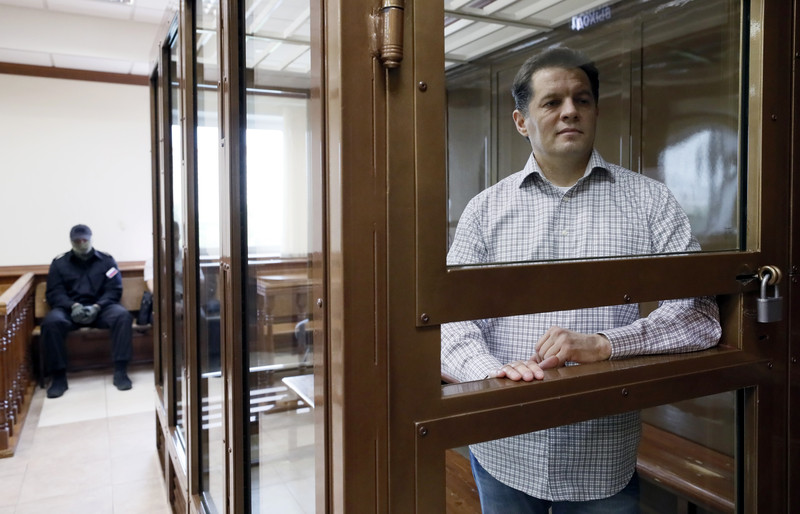 How the events unfolded: the arrest. The Russian security service detained Roman Sushchenko on September 30, 2016. The journalist used to come to Moscow earlier to visit his brother. Having studied the case materials Sushchenko’s lawyer Mark Feyginlearnt that the Russian security service started following Sushchenko in December 2015. To get a reason to arrest him Russia’s Federal Security Service (FSB) staged a provocation against the journalist and actually framed him.

“In Moscow he was given a digital medium – a disc, to take back to Paris. Roman did not need it, he is doing journalism. It was FSB that needed it, they are pros in making up such stories. There are just a few counter intelligence services that can compete with them in this field,” Feygin said.

According to him, Sushchenko was supposed to pass the disc to another Ukrainian journalist in Paris.

The charges. On October 3, 2016 FSB stated that the Ukrainian journalist, who worked as an Ukrinform correspondent in France for the previous six years, is allegedly a colonel of Ukrainian military intelligence and was collecting secret information on the activities of the Russian army and the Russian Guard.

Evidence in the case. Little details are known about the charges and the evidence against the Ukrainian, as eight out of 12 volumes of the case bear the classified mark. The trial that started in Moscow city court in late March 2018 was held behind the closed doors. 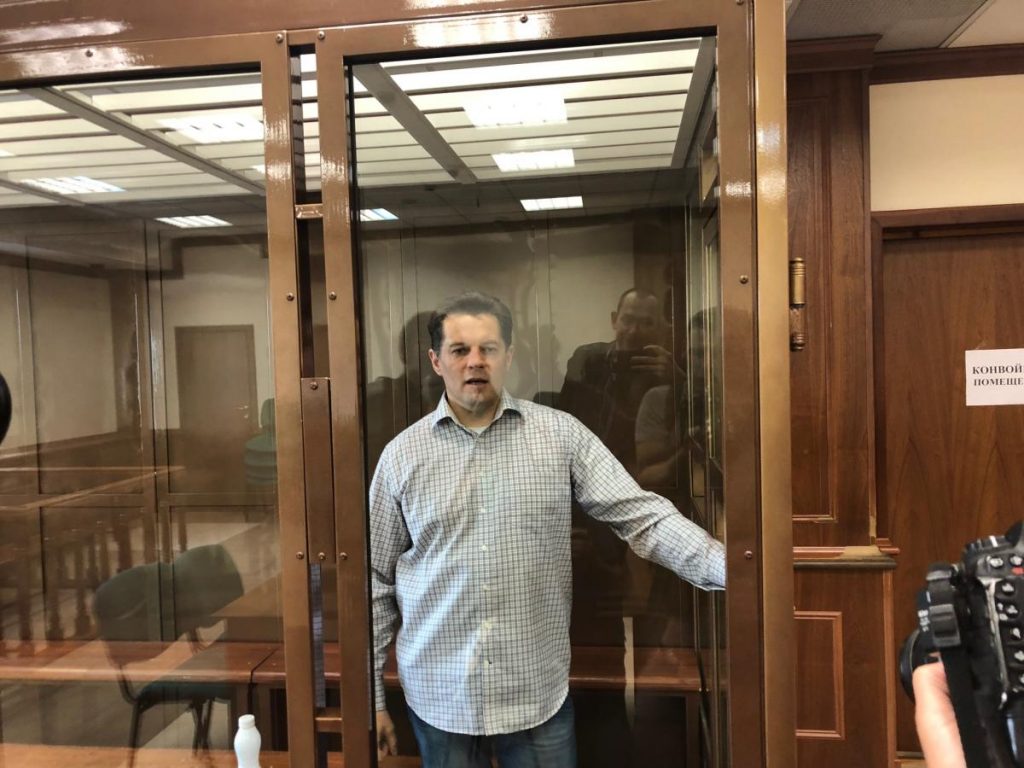 The trial and the sentence. On June 4, 2018 Ukrinform journalist Roman Sushchenko was sentenced to 12 years in a maximum security prison on espionage charges. FSB claims that the journalist is a staff member of Ukraine’s Intelligence Main Directorate of the Ministry of Defense and that he was detained when collecting secret information in Russia.

Pressure on the lawyer.On April 24, 2018 Sushchenko’s lawyer Mark Feygin, who also used to defend Nadiya Savchenko and other Ukrainians detained in Russia, was stripped off the lawyer’s status. Thus, one month before the sentence was to be announced, Sushchenko remained without the lawyer. The formal reason for that named by the Russian authorities was the fact that Feygin used curse words in his three tweets in July 2017. After the license was taken away from him, Feygin said he still felt responsible towards Sushchenko and would continue working on his case in a different capacity though.

A year and a half of waiting for the sentence. Sushchenko sent drawings made with tea and onion peel to his family. “My father used paper, ballpoint pens, pencils, tea and onion peel to make the drawings,” his daughter Yulia wrote on Facebook. The drawings depict the outskirts of Italy’s Parma and the Ar Men lighthouse in France’s Brittany. “My father drew them in Lefortovo prison back in August and December 2017,” Yulia added. Sushchenko’s drawings were also appreciated by Ukraine’s President Petro Poroshenko. “Thank you, Roman, for keeping the spirit high despite Kremlin’s intention to break your will,” the president wrote on Facebook. 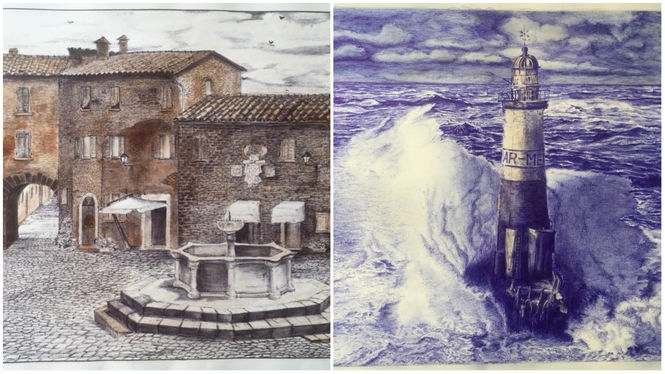 Reaction of the President Poroshenko. The President of Ukraine Petro Poroshenko became indignant at the decision of the Supreme Court of the Russian Federation that kept in force the 12-year sentence to the Ukrainian journalist Roman Sushchenko, the President wrote on Facebook on September 12. “Since the very beginning this case has been a farce, while the absurdity of the ‘trials’ is evident to the whole civilized world. The year 1937 still continues in the Russian Federation, while we keep fighting against Russia’s aggression and to free Kremlin’s Ukrainian hostages,” President Poroshenko wrote.

Exchange possible? Mark Feygin admitted the possibility of having Sushchenko exchanged for Kyrylo Vyshynskyi, RIA Novosti editor arrested in Kyiv. According to Feygin, the decision on Sushchenko’s exchange for Vyshynskyi fully “depends on Moscow, not on Kyiv”. He added that the Russian Federation is interested in taking Vyshynskyi back. Vyshynskyi was detained in Kyiv on May 15. Ukraine’s Security Service immediately announced that the head of RIA Novosti Ukraine is being charged with being Russia’s accomplice in the annexation of Crimea and in supporting the “LPR and DPR terrorist organizations”. Upon the searches of the suspect’s banking deposit box Ukraine’s Security Service discovered USD 200 thousand, a service agreement with the international media group “Russia Today”, a shotgun and ammunition to it. Back in June during a court sitting Vyshynskyi appealed to the Russian president Vladimir Putin through the media asking for legal assistance as well as to take measures to free him. He also said he renounces the Ukrainian citizenship. The journalist is also in possession of the Russian citizenship that he received in 2015. However Ukraine’s State Migration Service said that Vyshynskyi will not be able to renounce his Ukrainian citizenship while the trial is on. 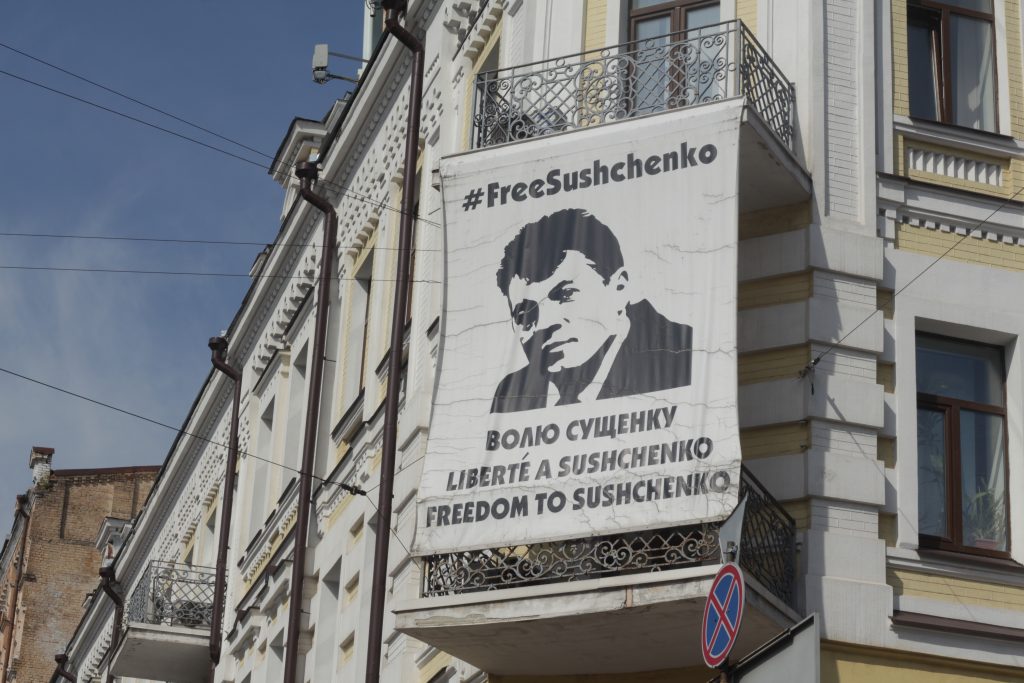 The pardon claim. According to the latest information provided by media, Roman Sushchenko is ready to write up a pardon claim. Mark Feygin, now Sushchenko’s civic defense lawyer, said in an interview to “Pryamyi”, a Ukrainian TV channel.

“Roman is ready to write this damned paper with the pardon claim,” Feygin said. “I see no problem in it and Roman agrees with me, as it makes no difference what you write, it is important to get to Kyiv.” The lawyer emphasized that Sushchenko still does not recognize himself guilty and the pardon claim will not mean the contrary.