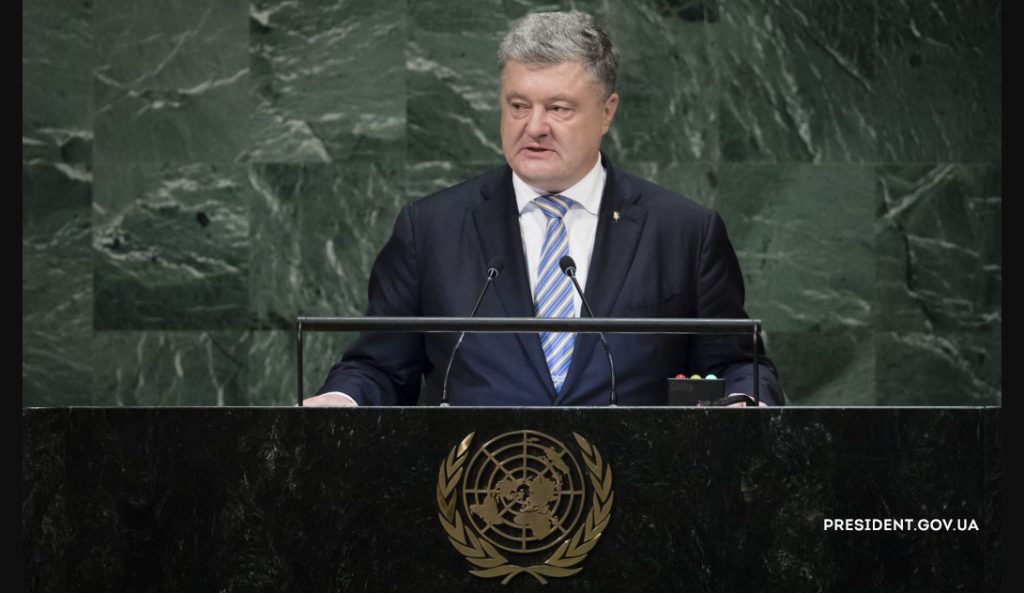 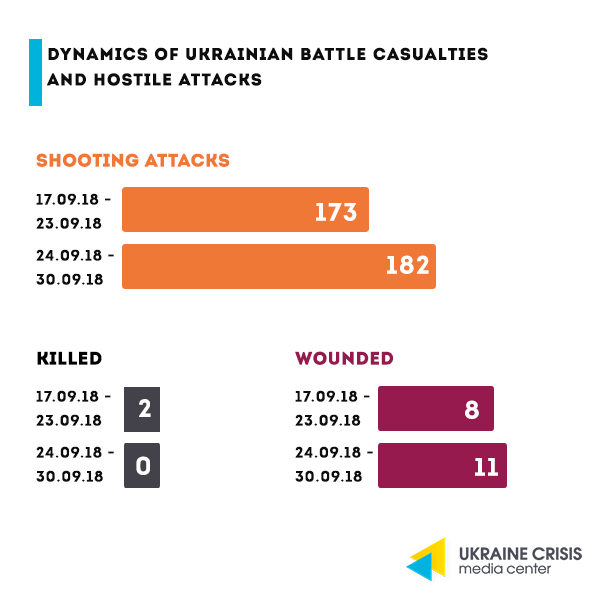 Last week the 73rdsession of the United Nations General Assembly opened in New York. Leaders of the UN member states traditionally spoke at the debates. Among them was also the President of Ukraine Petro Poroshenko. He kept emphasizing the Russian aggression and was one of a few speakers continuously putting this theme in the spotlight. This year he also made a visible attempt to link the topical Ukrainian themes to the global ones. Poroshenko also spoke more about the people – Ukrainian political prisoners in Russia and in Crimea in particular. We herewith publish the key statements of his speech. 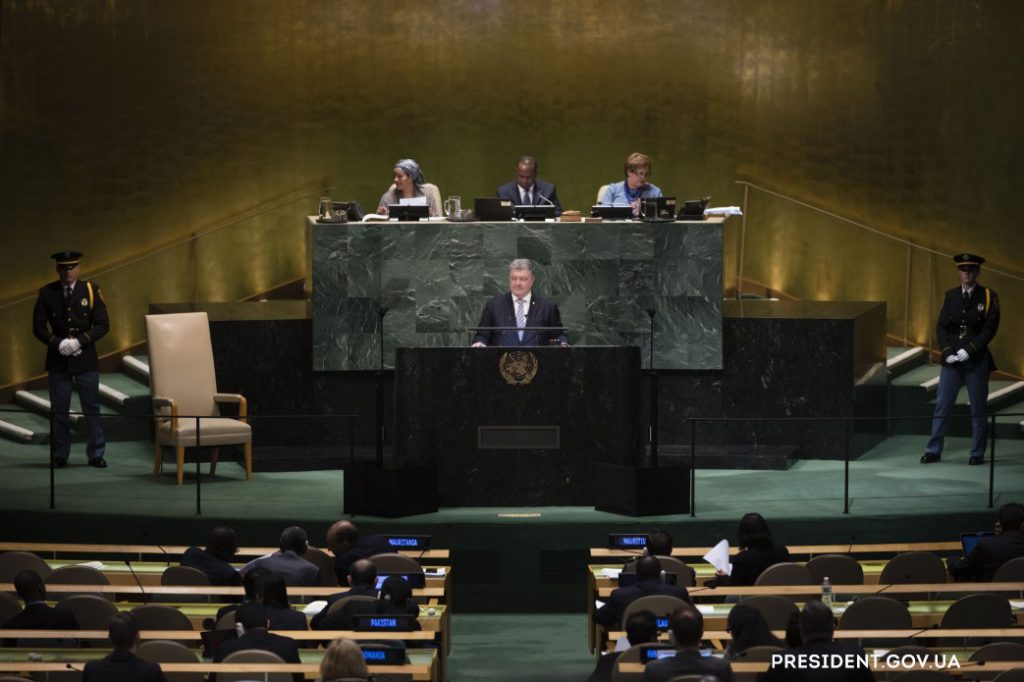 Russia is an aggressor. While most of the leaders mainly focused on the Middle East, nuclear safety (talking Iran and North Korea) or Trump’s new order in their speeches, the Ukrainian President emphasized counteraction to the Russian aggression. Ukrainian leader was drawing parallels of the Russian aggression in Ukraine to the topics that are closer to the agenda of the western states, first of all to the war in Syria and the Skripals’ poisoning in the UK. “It is due to the lack of relevant punishment that after Georgia came Ukraine, that after Lytvinenko came Skrypals, that after Aleppo came Idlib,” President Poroshenko said.

Peacekeepers in Donbas. Ukraine counts on the progress in the UN peacekeepers deployment to the occupied territory of Donbas, President Poroshenko said. He reiterated that Ukraine had addressed the UN requesting the deployment of the peacekeeping mission back in April 2015.

Militarization of Crimea.Over the time of occupation the Russian Federation has turned Crimea into a military base, the peninsula’s increasing militarization needs immediate reaction by the UN General Assembly. “Under Russian occupation, Crimea has turned into a military stronghold threatening security and stability in the entire wider Black Sea region. We believe that increasing militarization of Crimea deserves the General Assembly’s close attention and prompt reaction,” the Ukrainian President said.

Holodomor of the 1930s and hunger today. At the UN General Assembly the President of Ukraine Petro Poroshenko called to adopt a declaration recognizing Holodomor as an act of genocide against the Ukrainian people. “I would like to renew my appeal to the Assembly to mark one of the biggest tragedies in human history by adopting a dedicated declaration,” the President said. He emphasized that over 850 million people are starving today and that Ukraine welcomes the initiative called to overcome hunger in the world: “My country cannot stand idle and is ready to offer the world its help in addressing the issue of food security.”

Investigating the attacks on activists in Ukraine: what is known so far?

Last week Ukraine got stirred up by the protest against the attacks on activists that are becoming systematic and are not duly investigated. The recent loud case became an attempt to the life of Odesa-based activist Oleh Mykhailyk, who luckily survived after incurring a gunshot wound. 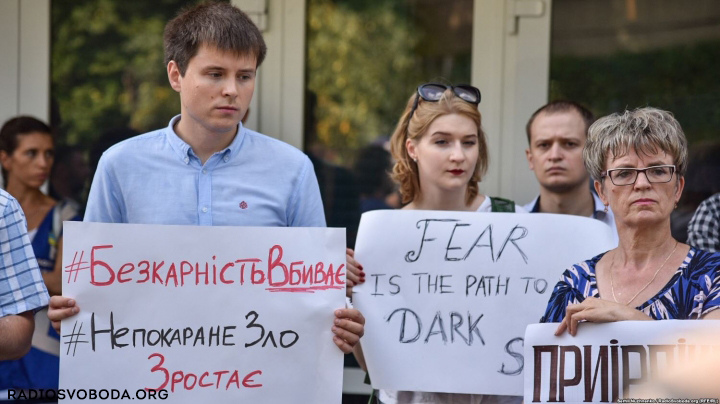 The Georgian suspects. Odesa’s district-level Kyivskyi court chose pretrial detention as the measure to be applied to the persons suspected in attempting the life of civic activist Oleh Mykhailyk. The actual suspects are three citizens of Georgia. Among them is Tornike Gerasina – a person with disability, paralyzed four years ago after a road accident. Mykhailyk’s friends are dubious: the alleged perpetrator is immovable and thus would have not been able to shoot at the activist, however they do not rule out that he was controlling the actual attackers. The only evidence pointing at the involvement of the above Georgian gang in the attempt to the life of Oleh Mykhailyk is the data confirming their location in the area of the attack. Police confiscated an object that might be a shotgun from one of the suspects. While the bullet is not yet extracted from activist’s body, the ballistic expertise cannot be held.

Statement by the Office of the Prosecutor General of Ukraine. The Prosecutor General of Ukraine Yuriy Lutsenko made a controversial statement partially blaming the attacks on activists themselves. “The responsibility in this situation lies not only with the criminal elements and undue work of law enforcement but also on the atmosphere of total hatred towards the authorities that is being seeded by some civic activists,” the Prosecutor General said. He said that the rally by the Presidential Administration is yet another example of this attitude when the authorities are considered to be a priori responsible for the incident. This statement caused much criticism on the part of civil society.

Bellingcat: the suspect in the Skripal poisoning might have fought in Donbas

The suspect in poisoning of former Russian intelligence officer Sergey Skripal Ruslan Boshirov is actually named Anatoliy Chepiga. He is colonel at the Russian Main Intelligence Directorate and was decorated with the “Hero of Russia” title. The conclusion was made by the independent open-source intelligence (OSINT) group Bellingcat. The investigation they held was conducted in cooperation with “The Insider – Russia” media.

The suspect got the “Ruslan Bashirov” nickname in 2010. It was back then that the colonel of the Main Intelligence Directorate was issued a passport on this name and moved to Moscow. He was decorated with the “Hero of Russia” title in 2014. It is not specified what he was awarded for.

The OSINT experts were searching for “Boshirov” among the graduates of military colleges, where the intelligence personnel is being trained for foreign operations. One of the colleges is the Dalnevostocnhyi (Far East) higher all-military command college.

They spotted a person resembling Boshirov in one of the photos of the 2001-2003 graduates. The OSINT investigators then asked the persons who might know him to confirm his identity. They did confirm the assumptions.

According to the data obtained, Chepiga was born in 1979 in the far-eastern village of Nikolaevka near the Russia-China border. He served with the Special Forces’ 14thbrigade in Khabarovsk and took part in the second Chechen War. His unit was spotted by the Ukrainian border in late 2014.

Crimea: 365 held liable for peaceful protests, 12 of them – criminally liable 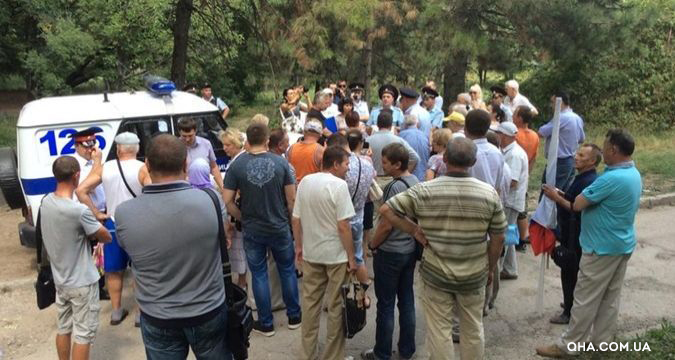 In the annexed Crimea between April 2014 and September 2018 the Kremlin-controlled de-facto authorities considerably reinforced the limitations on the freedom of assembly and held administratively liable 353 persons, reports the Crimean Human Rights Group. According to the human rights watchdogs 12 more persons were held criminally liable. To remind the UN Human Rights Monitoring Mission in Ukraine recorded 47 human rights violations in the annexed Crimea over three months.