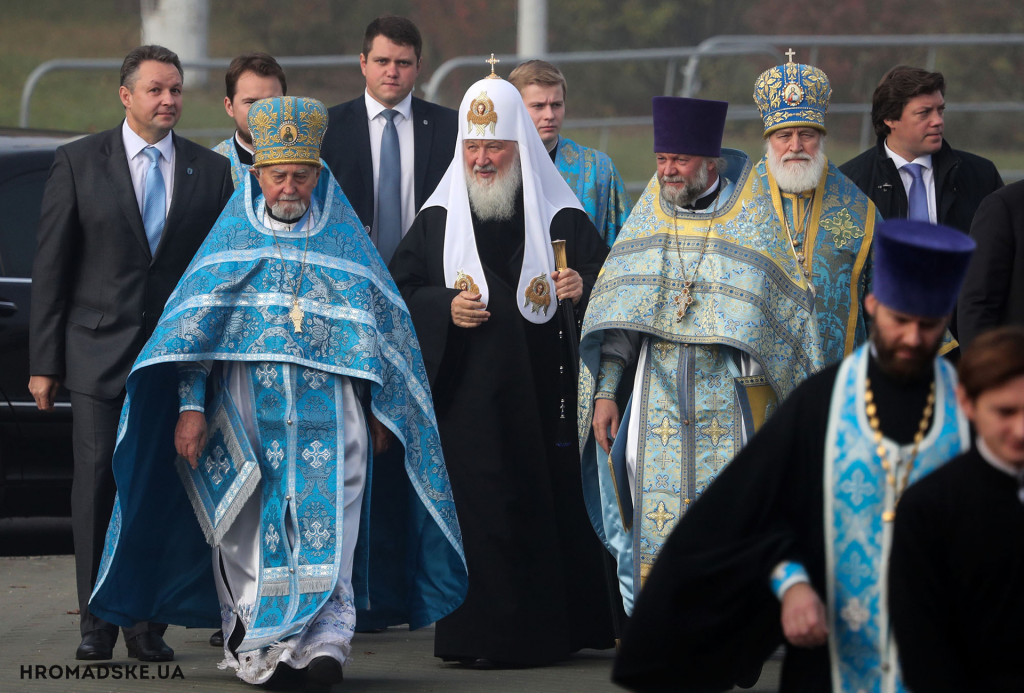 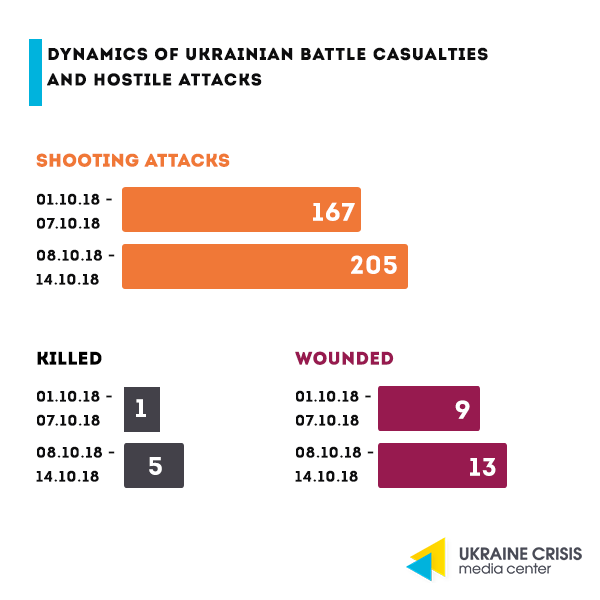 In the evening on October 13 Russian proxies mortared residential areas of Chermalyk and Shyrokyne in Mariupol direction with 82-mm and 120-mm mortars. The fire upon the above villages came from the occupied towns of Verkhnioshyrokivske and Sakhanka. The consequences of the attack are being examined by the Ukrainian side to the Joint Coordination and Control Center and by the OSCE Special Monitoring Mission to Ukraine.

The Minsk split: the Russian Orthodox Church breaks away from Constantinople 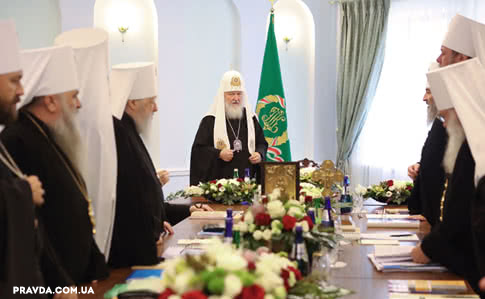 “The meeting of the Holy Synod adopted the decision to completely break off the communication with the Constantinople Patriarchate,” a representative of the Russian Orthodox Church – Metropolitan Hilarion, commented on the Synod meeting results.

“The Russian Orthodox Church does not accept these decisions and will not be complying with them. A split remains a split, so do the leaders of the split,” Metropolitan Ilarion emphasized.

Read also: “When even atheists pray: Ukraine one step away from the autocephalous church”,
“Religion and politics: key things to know as Kyiv and Moscow clash in a new church disagreement” and
“Church diplomacy: Kyiv between Moscow and Constantinople”

A split indeed? Yevstratiy Zoria, Archbishop of Chernihov and Nizhyn, and the spokesperson of the Kyiv Patriarchate, called the decision of the Russian Church a “schism”. “The Synod of the Moscow Patriarchate repeats the Kremlin’s politics of self-isolation responding to lawful decisions by the international community,” Archbishop wrote on his Facebook page. “All belonging to the Moscow Patriarchate in Ukraine are now facing a choice: to go into the split with the Russian Orthodox Church or to stay in unity with the Ecumenical Orthodoxy with the single autocephalous Ukrainian Church.”

Or just a “crack”? Archimandrite Kyrylo Hovorun who supports autocephaly while belonging to the Moscow Patriarchate is less categorical as to the reality of the new “split”. “Why is it not a split? Firstly, a split requires consent of both sides that they will not be communicating with each other anymore. Constantinople does not seem to be going to break off the relations with Moscow. Secondly, in case the split is global, all other autocephalous churches would need to decide who they are staying with. It is quite unlikely that they would want to do so. The global Orthodoxy will maintain relations with both Moscow and Constantinople (…) The conclusion is: it is not a split but a crack, moreover rather the one imagined by one church because the majority of churches will not be noticing it,” Archimandrite Kyrylo said.

A view from Russia: Putin’s defeat. Russian journalist Konstantin Yeggert in his article “Seven consequences of autocephaly for Putin, Poroshenko and the Russian Orthodox Church” notes that “what happened is Kremlin’s defeat and Vladimir Putin will hold Patriarch Kirill responsible for it and will not forget it. Independent Ukrainian Church will become a visible symbol of the defeat of post-Soviet new imperialism of Putin’s regime. Nevertheless Moscow will make each and every effort to complicate the establishing of the Ukrainian Church to the maximum. Putin’s press secretary Dmitriy Peskov promised in a rather unambiguous way to be protecting the rights of the Orthodox in Ukraine in case they are violated. It sounded as an open threat to Kyiv. Although in what way Kremlin could give the protection is not quite clear.”

“The Russian Orthodox Church will start searching for allies against the Constantinople Patriarchate and will try to split the Orthodoxy internationally. In 2016 Patriarch Kirill managed to convince the Serbian, Bulgarian, Georgian and Antioch Churches not to take part in the All-Orthodox meeting on Crete headed by the Constantinople Patriarch as a result of the conflict between Moscow and Fener (…) But it is quite unlikely that they will break off relations with him, it would be a very dramatic step. After all it is a war of two patriarchs, taking sides is not in their interest. Most probably they will preserve ties with both sides of the argument,” the journalist proceeds.

Changes in the army: gender equality, the first-ever female general and the new-old Defense Minister 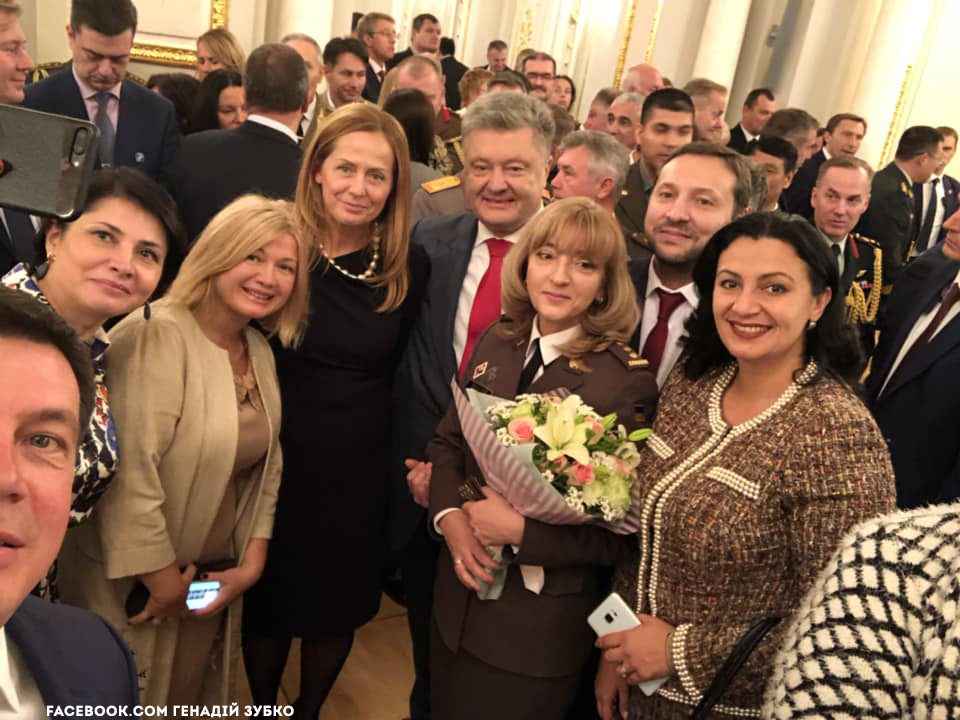 The first-ever female general. President Poroshenko assigned the Major General rank to a woman for the first time ever. The first Ukrainian female general became Lyudmyla Shuhalei, head of the Military-Medical Directorate at the Security Service of Ukraine.

The new old Defense Minister. The President of Ukraine accepted the note of resignation from military service of the Defense Minister of Ukraine Stepan Poltorak who will continue heading the Ministry in the status of a civilian. President Poroshenko noted that according to the Law “On national security” effective January 1, 2019 the Ministry of Defense must be headed by a civilian person. “The law has been agreed with our NATO partners and foresees such procedure. My decision is completely in line with the law,” the President emphasized.

Read also: “Old war, new rules: what comes next as ATO ends and a new operation starts in Donbas?” 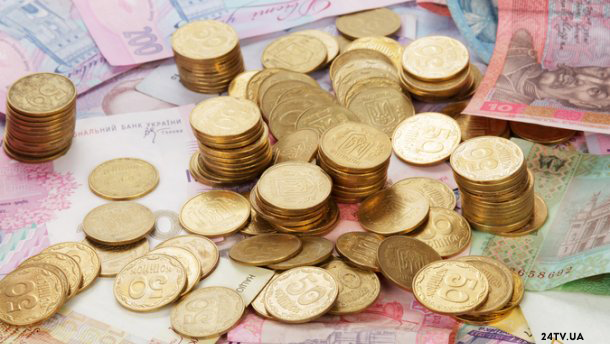 According to the new report by the International Monetary Fund (IMF), Ukraine is Europe’s poorest country. The information came from a Facebook post of Volodymyr Kompaniiets, economist and manager of a private investment fund on the US stock market. Ukraine lags behind Moldova in the ranking of countries by GDP per capita. In its October report the IMF increased Ukraine’s GDP per capita against the April data as well as reconsidered the GDP per capita of some other countries.

Moldova’s current position in the world ranking is 133rdwith the USD 2.694,469 GDP per capita, while Ukraine is on the 134thplace with the GDP per capita of USD 2.656,01. Ukraine’s average official salary equals to approx. USD 305 (UAH 8.529) in the second quarter of 2018. Ukraine also ranks last in Europe for the official average salary.