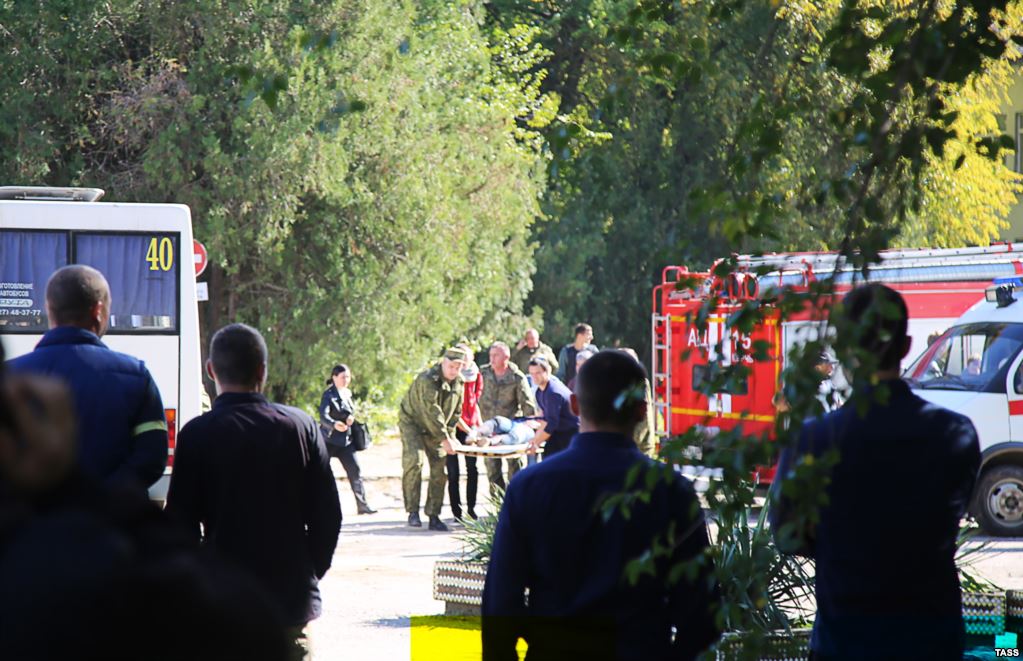 On October 17 an explosion and shooting occurred in a polytechnic college in Crimea’s Kerch. According to the most recent data 21 persons were killed and 50 more got injured. The suspect in the attack is Vladislav Roslyakov, a 18-year-old student of the same college. According to the Russian investigators, he killed himself after the attack. Following the explosion and the shooting at the Kerch college the Investigative Committee of the Russian Federation started the case and began investigating it as a “terrorist act”. Soon after the case was re-qualified to the “premeditated murder”.

The event shook Ukraine, but neither law enforcement nor the media have actually a possibility to investigate or cover the developments that follow the massacre. UCMC takes a look at what is known so far and what questions remain unanswered. 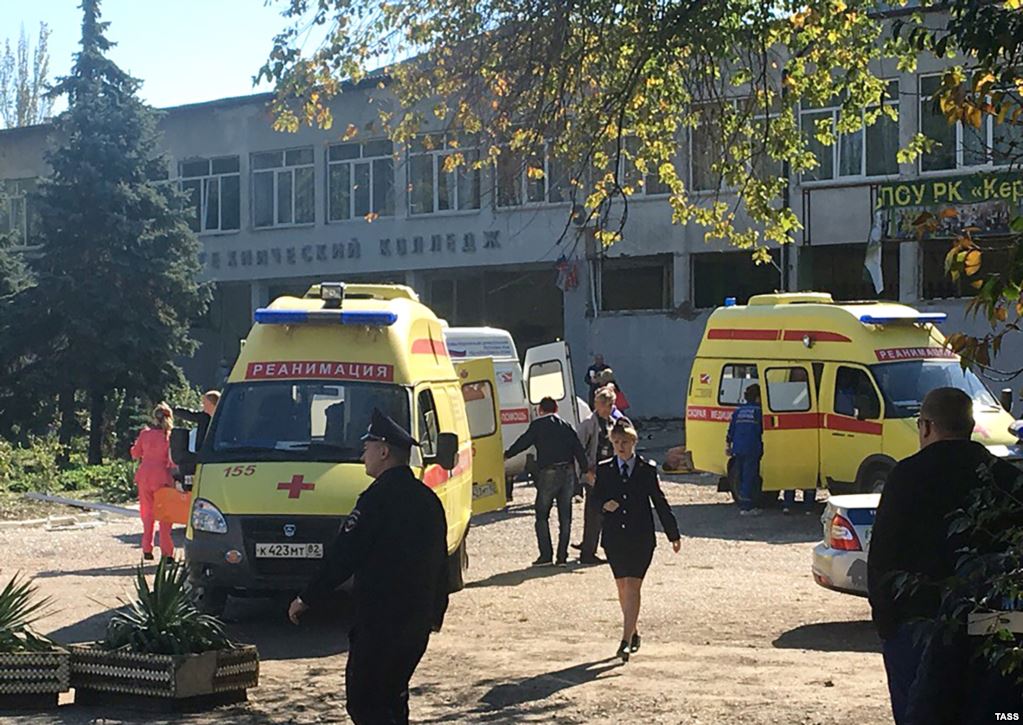 What is known about the alleged killer?

Vladislav Roslyakov was 18, he was a fourth-year student. He entered the college in 2015. According to social media Vladislav liked rock music, video games, supported the annexation of Crimea by Russia, the idea of the so-called “Novorossiya” and the Russian president, however posts like that are quite a few on his page. As per the Telegram channel Mash, Vladislav was referred to by the people who knew him as “very reserved, he was not talking to anyone and left the social media long ago”, he was said to have “shown interest in maniacs”. Mash say that Roslyakov had a weapon permit, last week he bought a rifle and 150 ammunition pieces. The information on the weapon permit is unconfirmed. 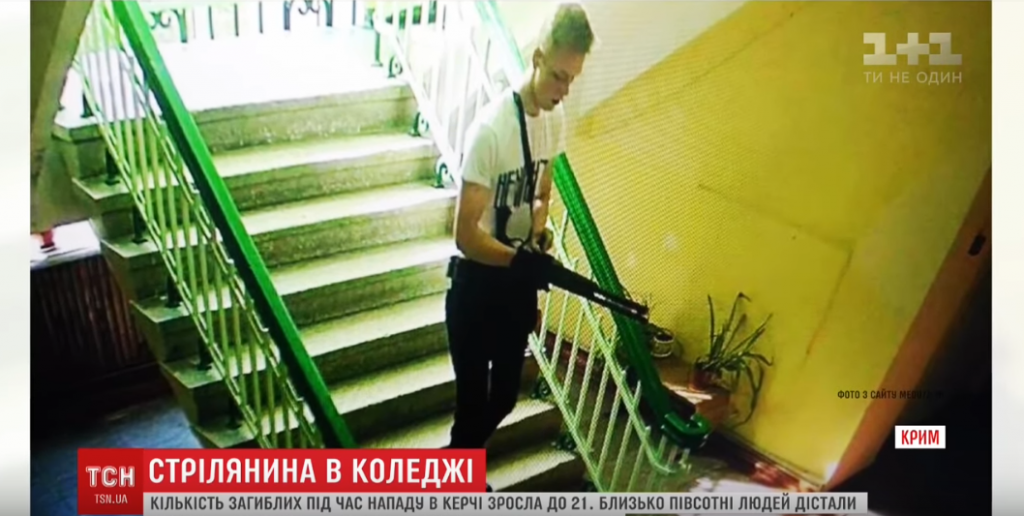 Another acquaintance of Roslyakov told RBK that the guy “hated the college so much because of the rude teachers, he was hinting he would revenge himself on them.” According to Mash, Vladislav’s parents divorced a long time ago. He visited his father and grandmother every once in a while, but lived with his mother.

Vladislav’s mother is a nurse in an oncology clinic that turned to be one of the places where the students wounded by Roslyakov were taken. On that day the woman was at work alongside other medical staff of the hospital.

A video of Vladislav’s father commenting on his son was published by Mash. “(He’s) a devil, nothing else. His mother used to be a Jehovah’s Witness. He was keen on children’s literature before, used to (breed) hamsters and pet rats. He was a child,” Roslyakov’s father said. He added that he is present at the interrogations of his son’s classmates for the second day in a row.

The footage from the surveillance cameras shows that Roslyakov first entered the college wearing one outfit and then changed putting on a white T-shirt, black trousers and tall boots. The outfit is very much similar to the one of Eric Harris who together with his friend Dylan Klebold carried out a shooting at the Columbine high school in Colorado in 1999.

The actions of the Kerch gunman very much resemble the ones by Eric and Dylan. He also planted explosive at the canteen, in his case it did work. Vladislav was then shooting at the people in the corridors and then killed himself in the library having shot himself from under the chin, same as Eric Harris did.

The terrorist act at the Columbine school is one of the most notorious high school shootings. On April 20, 1999 two senior students – Eric and Dylan, planted several bombs at the school canteen. After they failed to detonate, they started shooting at fellow students and teachers. Back then 13 persons were killed and 23 more were injured. Eric and Dylan then suicided in the library.

Over the time the Columbine terror act had many followers who tried to recreate it, not only in the US but also in Russia. In 2017 the Investigative Committee of the Russian Federation recorded at least 12 school attacks.

For example, in September 2017 in Ivanteyevka outside Moscow a teenager broke into an IT class room shouting: “I came here to fucking die!” and ordered the students to sit on the floor. He then shot in the teacher’s head from a less-lethal launcher gun. He had several big stun grenades and a hammer. The student was quickly stopped by police, besides the teacher no one was seriously hurt. The attacker called himself as Mike Klebold on the social media apparently showing excitement with the Columbine story. 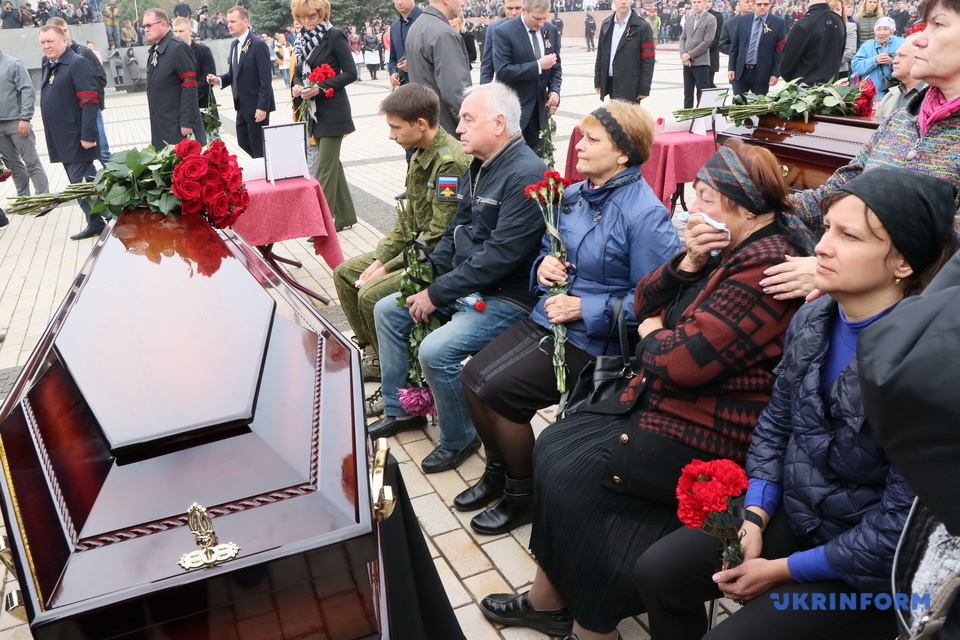 Why is there so much contradictory information about the tragedy?

Since when the tragedy happened the media and social media accounts have been spreading many news pieces that do not sit well with the actual facts. At first there were alleged reports of a gas explosion, then on rifled men, then the college director spoke of firecrackers. In his turn, Sergey Aksyonov, the illegal Prime Minister of the annexed Crimea appointed by Russia, gave responsibility over the massacre to the subversives that came from the neighboring state. It still remains unclear whether Roslyakov acted alone or he was assisted. Some of the survivors mention “rifled men”. The official information is little and the investigation is carried out in a closed manner, both facts do not add credibility to the information that is publicly available.

Why are there doubts in Roslyakov’s suicide?

Roslyakov’s suicide is also a subject to doubts. Oleg Starikov, defense expert and retired Colonel of Ukraine’s Security Service said: “What does not quite fit well right now for me? The injuries on the body of the alleged killer. It’s impossible they were made with a 12-mm gun. The 12-mm gun would have blown the head off, while the alleged perpetrator has a small hole in the chin.”

What was Ukraine’s reaction?

President of Ukraine Petro Poroshenko emphasized the importance of having the incident investigated, he also expressed condolences to Ukrainians who lost their children and loved ones in the massacre. The President said that the investigation is important to Ukraine, as Crimea is a Ukrainian territory and the people living there are Ukrainian citizens. “Why is it of importance to us? Because they are Ukrainian citizens. When Ukrainian citizens die, wherever it happens, it is a tragedy,” Poroshenko said. On October 18, MPs at Ukraine’s Verkhovna Rada observed a minute of silence to pay respect to the victims of the Kerch college shooting. NGO Krymskyi Dim (Crimean House) organized an event commemorating the victims. The national mourning in Ukraine has not been announced.

ThePresidentoftheRussianFederationVladimirPutincalledthetragedy“aglobalization result”.“There are entire communities on the social media and on Internet. It all started from the notorious tragic events in US schools. Psychologically unstable youngsters create fake heroes for themselves. It means that generally we all react badly to the conditions in the world that is changing. We are not creating the content that is needed, interestingand useful for the young. So they take up the surrogate of heroism. It leads to such tragedies,” he said.