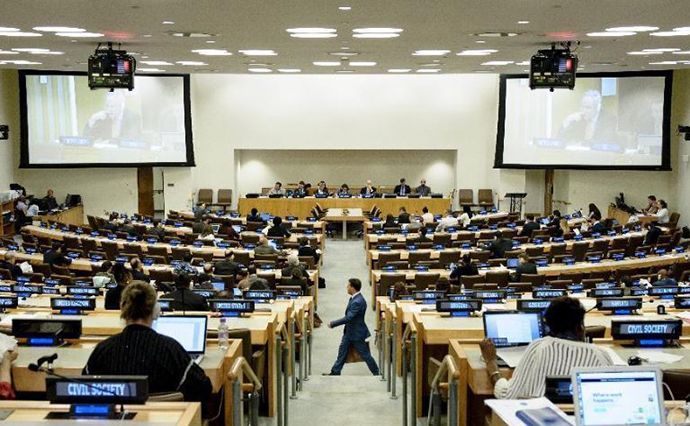 For the third year in a row the UN General Assembly is adopting the same-name resolution “Situation of human rights in the Autonomous Republic of Crimea and the city of Sevastopol, Ukraine”. This year is not an exception. Ukraine teamed up with dozens of other states to introduce the Crimean issue for consideration once again. The name of the document is the same, while its content is a bit different this time. The year that is coming to an end saw changes unfold in the occupied Crimea that the UN must address. This year has made it evident how Russia tries to achieve the “indirect recognition” of the annexation, and we count on the UN to stop these attempts.

More than that, this year put a spotlight on the problem of political prisoners, making it as urgent as ever. It’s not just Ukraine trying to save Kremlin’s prisoners but the whole world, so this resolution is also about the actual people and their personal stories, it is what makes it unique even for the United Nations Organization. On November 15, the resolution was considered by the Third Committee (focusing on human rights issues in particular) of the UN General Assembly. The resolution’s final endorsement is to take place at the Assembly’s plenary session in December while the current voting is decisive.

This year’s draft resolution was backed by 67 UN member states, 26 voted against it, 82 abstained. Russia voted against the document. In the article for Ukrainian media “Yevropeiska Pravda” (European Truth) Ukraine’s Deputy Foreign Affairs Minister Sergiy Kyslytsya from New York explains what the novelties of the document are. UCMC publishes the abridged translation of the article.

Why is it important?

Ukraine has chosen a political and diplomatic way not a military one for settlement of the conflict on Crimea with Russia. This year’s resolution is one of the tools that we are using in this process. This document is going to give the UN Human Rights Monitoring Mission in Ukraine more possibilities. The document’s provisions will be also taken into account when considering Ukraine’s appeals against Russia in international courts.

While it is obvious that there will be no miracle. The resolution will not turn into de-occupation of Crimea “already today”.

The General Assembly and the UN are not a field for immediate triumphs. It is a long-standing game in which one document sets the ground for the next one. If the resolution on Ukraine’s territorial integrity had not been endorsed in 2014, the resolutions on human rights in occupied Crimea would not have been passed in 2016-2017.

The status of Crimea: “temporarily occupied” 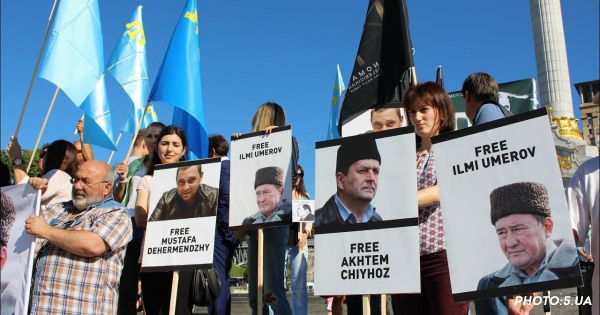 The annexation of Crimea is illegal, no changes to its status have occurred and it is no news to the UN. Yet this year’s resolution goes further. It binds international organizations and UN agencies to mention the Ukrainian peninsula in their official documents only as “the Autonomous Republic of Crimea and the city of Sevastopol (Ukraine) that are temporarily occupied by the Russian Federation.”

This new element in the UN decision has to harmonize international tools with the Ukrainian legislation on the status of the Autonomous Republic of Crimea and of the city of Sevastopol. It also narrows down the possibility for Russia to manipulate the way it presents the national statistical data by also including in it the information from the Crimean peninsula trying thus to legitimize the illegal annexation.

The document clearly stipulates which territory is yellow-and-blue and which is tricolored, and there are no ambiguities on Crimea.

So that’s why when next time some school text book or a map chart of any country will mark Crimea “non-Ukrainian” a reference can be made to the resolution’s provision.

This year the resolution focuses on the issue in which unfortunately Ukraine has achieved almost no progress in its negotiations with Russia. This issue in question is the liberation of political prisoners. Thus, the draft resolution states that since 2014 the Russian authorities have been using torture to forcibly get untruthful testimony in politically motivated cases as well as are conducting illegal detentions and arrests of Ukrainian citizens. The document lists concrete names.

The resolution surely does not list all Ukrainian political prisoners currently held in Russian jails. However naming at least a few of Kremlin’s hostages in a UN official document is an extremely important element of the fight for liberation of all illegally imprisoned Ukrainians.

Another specialty of the resolution concerns all Ukrainians imprisoned in the Russia-controlled territories.

The document calls on the Russian Federation to provide access to international experts of the European Committee for the Prevention of Torture and of the International Committee of the Red Cross as well as to Ukrainian consulate staff to the information on health status and detention conditions as well as the possibility of visiting their co-nationals. The resolution also demands allowing the Ukrainian Parliamentary Commissioner for Human Rights to visit Ukrainian political prisoners in Crimea and in Russia.

Not least important comes the call on Russia to guarantee to Ukrainian prisoners observance of their rights according to international legal standards (including to those who went on hunger strike) as well as to respect the United Nations Standard Minimum Rules for the Treatment of Prisoners (the Mandela Rules).

The resolution demands that the Russian Federation stops the practice of engaging Crimea residents into its military operations as well as stops the deportation of Ukrainian citizens from the Crimean peninsula if they had not acquired the Russian citizenship.

The document makes a special emphasis on the need to guarantee freedom of expression and freedom of assembly in Russia-controlled territories including during one-person pickets. It further states that the Russian side has to refrain from discriminating and punishing those who speak against the Russian occupation.