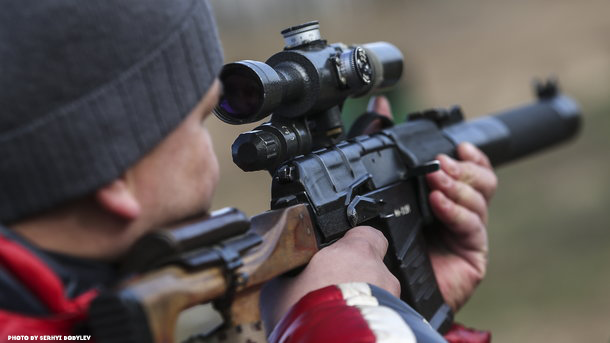 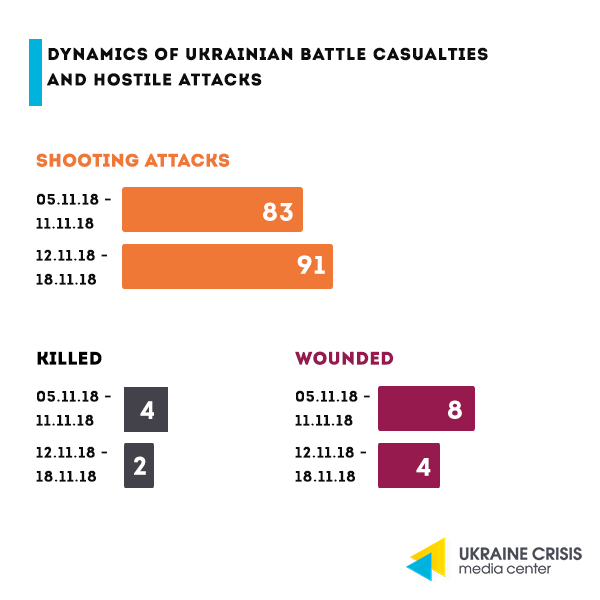 Russian proxies also intensified attacks in the Horlivka direction. They made two intense attacks outside Shumy and Pivdenne. Militants used 82-mm mortars in both incidents as well as 120-mm mortars near Pivdenne.

Diplomatic front: Putin desists from the Normandy format until the elections in Ukraine 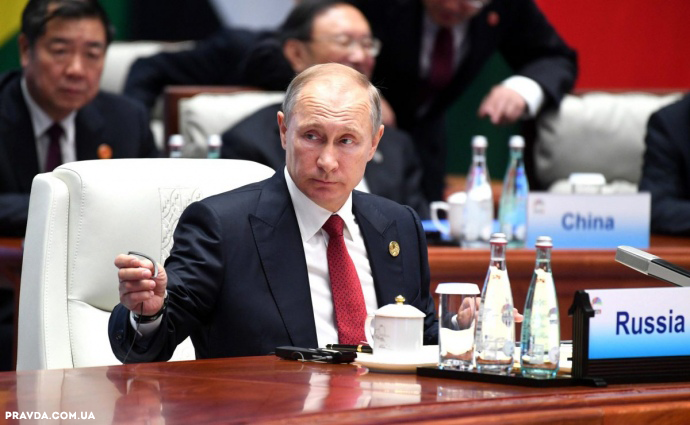 Putin’s statement. President of the Russian Federation Vladimir Putin stated that the President of Ukraine Petro Poroshenko “demonstrated no willingness or readiness for the implementation of the Minsk agreements,” that’s why Putin does not see the use of meeting in the Normandy format before the presidential elections in Ukraine. The Russian President also said that the Ukrainian authorities would have to negotiate with the leaders of the so-called Donetsk and Luhansk “republics”.

Reaction of President Poroshenko’s press service. The statements made by the President of the Russian Federation Vladimir Putin on the activities of the President of Ukraine Petro Poroshenko as to the settlement of the situation in Donbas demonstrate interference of the Russian President into the election process in Ukraine before the campaigning has even started, said press secretary of the Ukrainian President Svyatoslav Tsegolko. “Today’s Putin’s statements are a clear example of his interference into the election process in Ukraine, despite the fact that the campaign has not even started. Obvious is the rancor of Putin towards Poroshenko as a state actor who disrupted the Kremlin’s plans of bringing Ukraine back under the control of the Russian Empire,” Tsegolko wrote on Facebook.

The commentary of the group on peaceful settlement in Donbas. Ukraine emphasizes the need for a direct dialogue with Russia on Donbas in the presence of other member states of the Normandy format – France and Germany, said First Deputy Head of the Verkhovna Rada (Parliament) of Ukraine and President’s Envoy on peaceful settlement in Donbas Iryna Gerashchenko. “Why negotiate with god knows who? Ukraine’s demand is to negotiate only with Moscow that is the mastermind behind the chaos in Donbas, in the presence of our international partners from the ‘Normandy format’,” Gerashchenko told journalists last Thursday commenting on the statement of the Russian President who suggested that the Ukrainian authorities would have to negotiate with the “newly elected leadership” of the “L/DPR”.

Elections-2019: how candidates’ ranking is changing 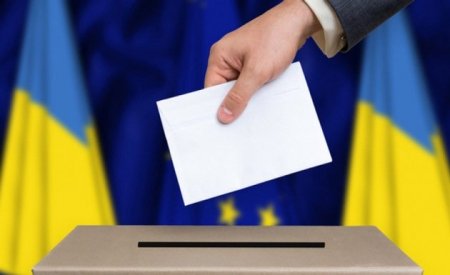 Whom Ukrainians are to vote for. On top of the ranking in the upcoming presidential elections stays the leader of Batkivshyna party Yulia Tymoshenko, President Poroshenko runs third lagging behind stand-up comedian Volodymyr Zelenskyi.

Yulia Tymoshenko is ahead with almost twice as many votes as her closest competitors are getting. Over 20 per cent of the potential voters to have made up their mind and intending to cast their votes are ready to support her. Further on the list with insignificant difference among them come stand-up comedian Zelenskyi, actual President Poroshenko, leader of the Hromadyanska Posytsia (Civic Position) party Anatoliy Hrytsenko and co-chair of the Opposition Block faction Yuriy Boiko. They are getting between nine and 11 per cent.

The deadline to candidate at the presidential elections is February 4, 2019.

Changes in the ex-Party of Regions camp. The council of the “Opposition Platform – For Life”(Opozytsiyna platforma – Za zhyttia) unanimously nominated Yuriy Boiko the candidate for the presidential run. The head of the political council of the party Viktor Medvedchuk stated that at the presidential, parliamentary and local elections the united “Opposition Platform – For Life” will represent “interests of the residents of the southern east, Russian-speakers and all those who realize the need for a drastic change of the policy introduced by the current authorities.”

Arrest of a sniper suspected in shooting at Maidan 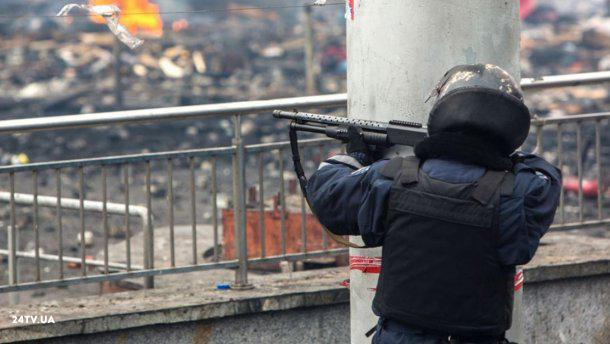 Law enforcement detained a sniper suspected in the murder of Euromaidan activists on February 20, 2014, reported Serhiy Horbatyuk, head of the Directorate for special investigations at the Office of the Prosecutor General on air of the TV Channel 5. According to the lawyers the sniper is charged with the murder of activist Oleksandr Khrapachenko.

On October 30 charges were brought against him and the perpetrator was arrested, on November 3 two-month arrest was chosen as the pre-trial measure for him.

The lawyer of families of the Heroes of Heaven’s Hundred (killed activists) Markian Halabala said that the sniper is being charged with the murder of the Maidan activist Oleksandr Khrapachenko who was shot dead by a sniper on Instytutska street.

“By engaging experts, holding forensic and ballistic analysis pre-trial investigation discovered that Oleksandr Khrapachenko was killed from the weapons in service with a sniper of the “Omega” unit. He is one of the best snipers in Ukraine. Before the arrest he used to take part in international sniper competitions and was getting prizes,” the lawyer said.

To remind, all the crimes committed during the Revolution of Dignity are united into the single big “Maidan Case” numbering 89 criminal cases. They are investigating murders of 91 persons, 78 of whom were activists and 13 law enforcement staff.

Yanukovych on trial: ex-President taken to hospital ahead of his last word in court 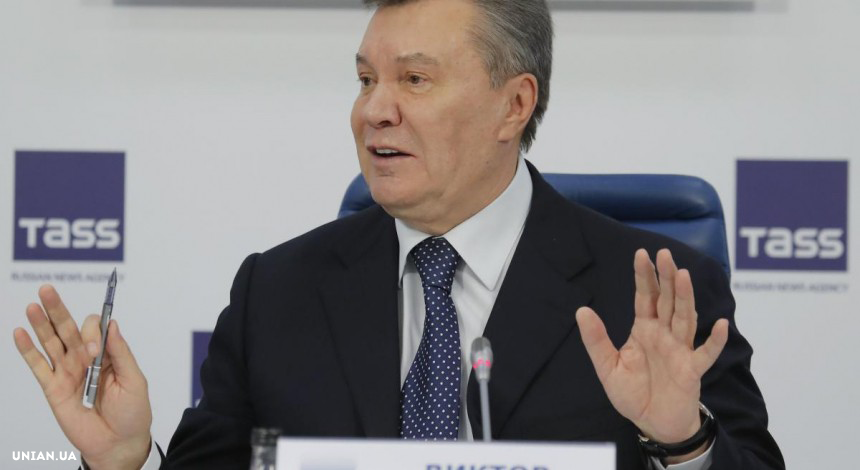 On November 19 former president Viktor Yanukovych was supposed to present his last word to the Obolon district court in Kyiv, the court was then supposed to pass the sentence. Instead on November 18 the news reports said the runaway president Yanukovych got a trauma and was taken to hospital in Moscow, he will thus not be able to present his last word.

The news on Yanukovych taken to hospital was reported earlier by Russian media. “Komsomolska Pravda” wrote that Yanukovych was taken to the Sklifosovskyi research institute. The media also reports Yanukovych was hospitalized in the evening of November 16, he could not move and a serious spine trauma was suspected. He got traumatized when playing tennis on a court outside Moscow. He was allegedly taken to the intensive care unit, several hours after he was transferred to a private hospital.

Viktor Yanukovych is charged based on three articles of the Criminal Code of Ukraine: article 111 – state treason, article 27, part 2, article 437 – complicity in waging an aggressive war; article 27, part 3, article 110 – complicity in infringement of the territorial integrity and sovereignty of Ukraine that caused the death of people or other serious consequences. He is facing a 15-year sentence.