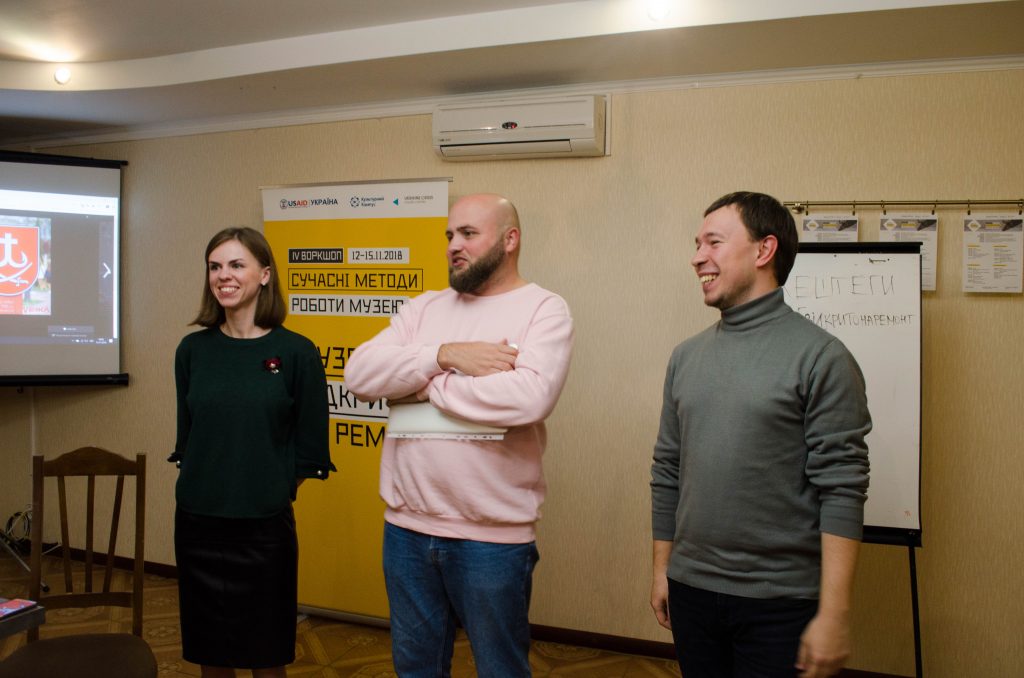 Between November 12 and 15 Vinnytsya hosted the IV workshop “Modern methods of museum work” held for museum staff of Donetsk and Luhansk regions within the project “Under construction: Museum open.” The project is organized by the Arts Department of Ukraine Crisis Media Center with the financial support of “Ukraine Confidence Building Initiative” (UCBI II), funded by the United States Agency for International Development (USAID). 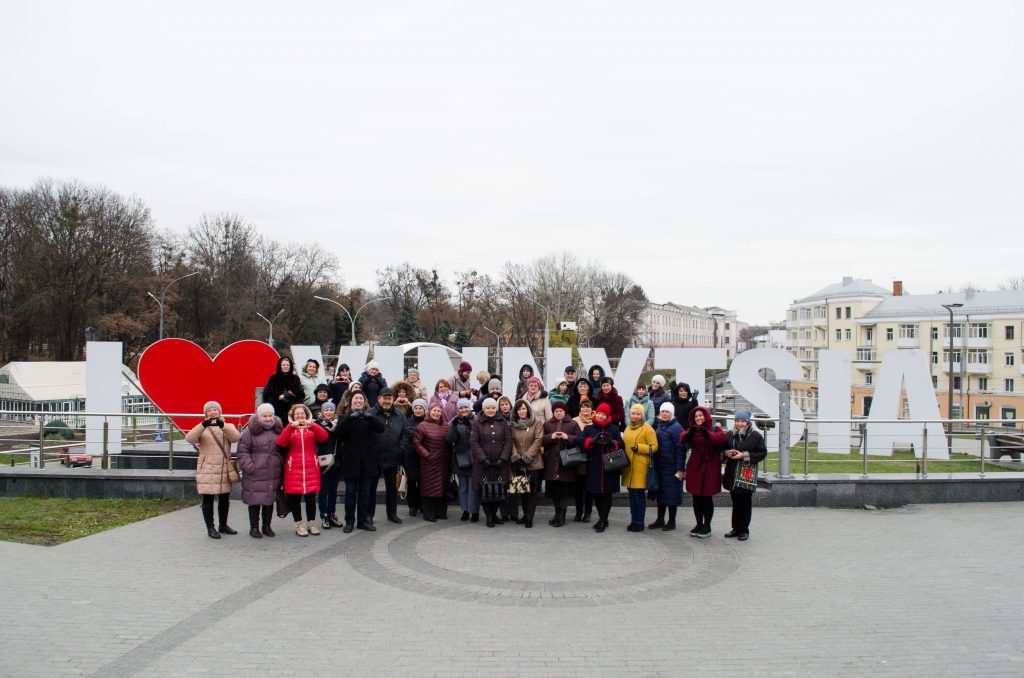 The event brought together 41 museum workers from Donbas and 10 Ukrainian experts of the cultural sector for four days to engage them in a discussion on methods and formats of work applicable for modern museums through a series of lectures, presentations and discussions. 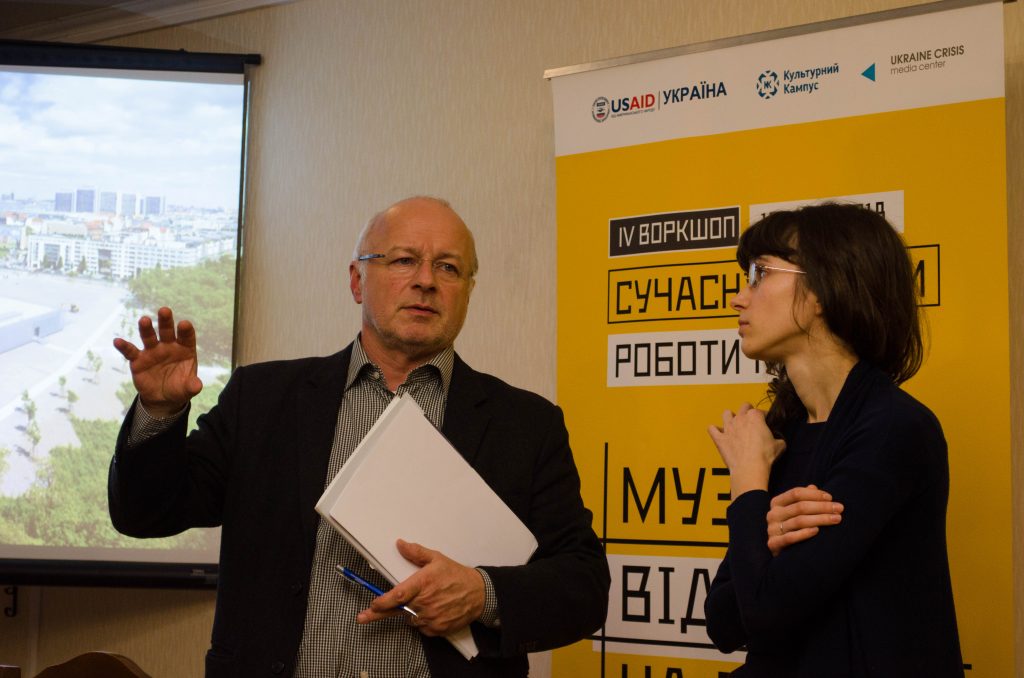 The museum professionals met Dr. Thomas Lutz, co-founder of the Berlin-based International Committee of Memorial Museums. Citing the example of German museums he spoke of the challenges and possible solutions when creating expositions of memorial museums. The researcher is of the opinion that each memorial has a story closely linked to its location. He said, civil society is still deeply affected by what happened to them in the ‘40s of the XX century: “It is important to process and work with these themes, to learn to talk about them as well as to speak of all the participants of the events and of the reasons behind the choices they were making.”

Olesya Koval, deputy director of the municipal “Vinnytsya History Center”, spoke of the museum as a place that preserves the city’s experience. Olesya presented the center’s activities to the workshop participants, its main projects and examples of cooperation with other cultural institutions in the city. She emphasized that there was a need for a museum both on the part of the civil society and the city authorities: “There was a need to establish a museum that would tell the history of Vinnytsya, as neither of the existing institutions could embrace it. There was also a need to update the information about the city, systematize and promote it at the level of the city as well as at national and international levels.” 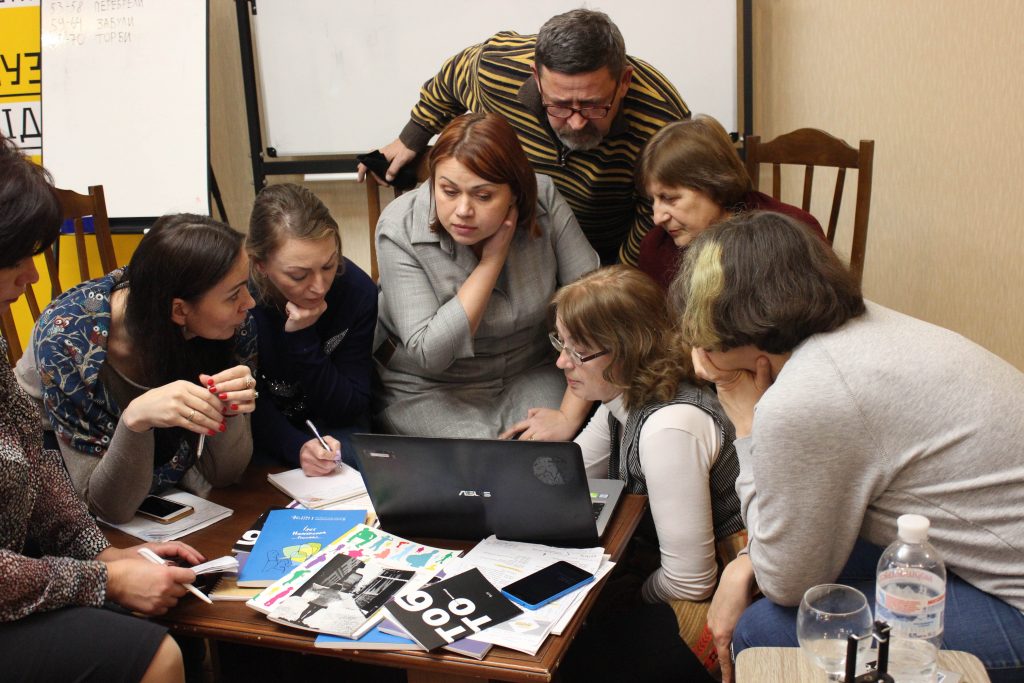 Museum professionals visited the Mykhailo Kotsyubynskyi Vinnytsya literary-memorial museum. They talked to its director Larysa Kravchenko and the museum team during the discussion on museum renovation and the possible risks it brings. The museum head shared the institution’s experience of renewing the exposition, bookkeeping, managing competition-based procurement, spoke of the museum’s problems and challenges. 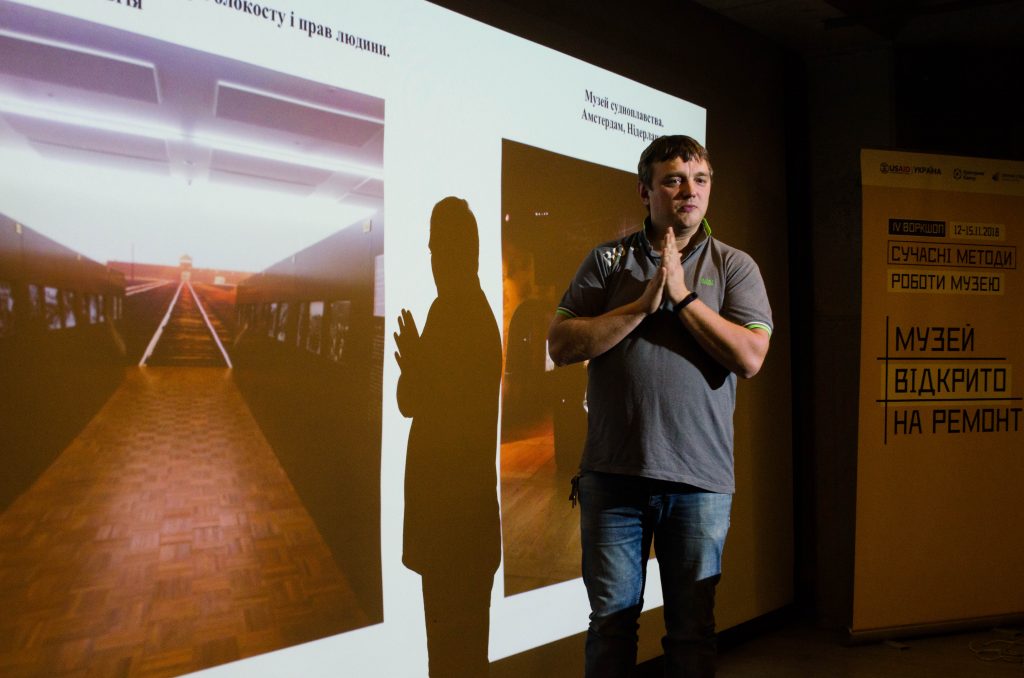 Andriy Kachuro, head of “AMuseum” company and expert on museum expositions discussed with workshop participants the importance of technically equipping museums and galleries in a quality manner. They focused on the role of color, light, materials and interactivity of a museum. According to Kachuro it is crucial that the museum works for the visitors, otherwise “a museum attended by no one is either reformed or gets closed down.” 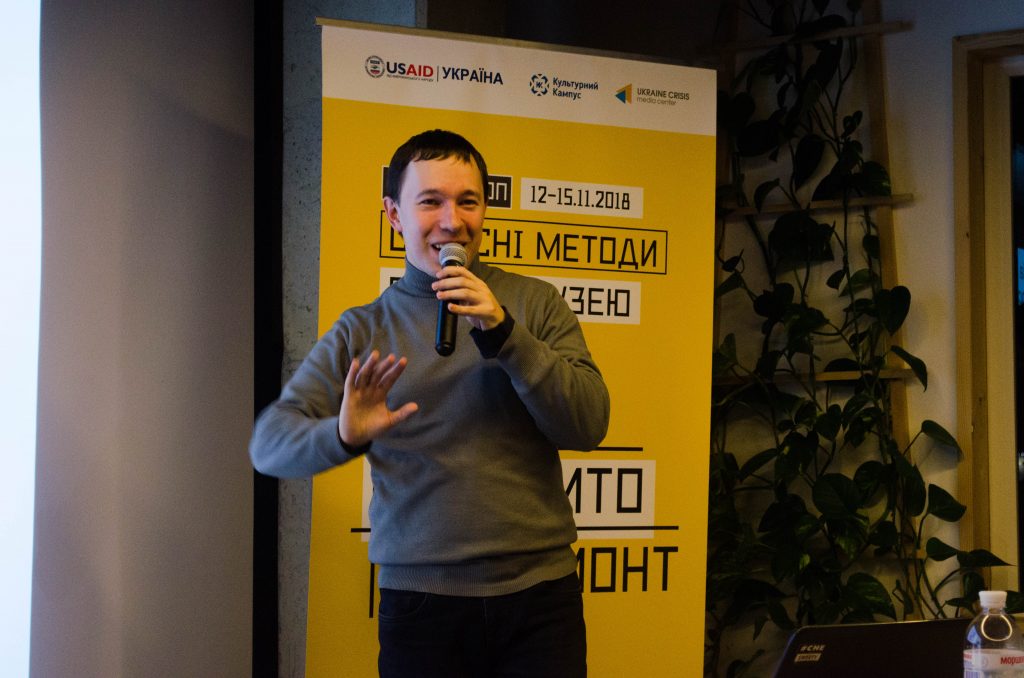 Oleksandr Vesheleni, head of the NGO “Cultural Campus” (Kulturnyi Kampus) placed the museum on the cultural map of the city. He focused on the best practices of literary and artistic projects previously implemented at the Mykhailo Kotsyubynskyi Vinnytsya literary-memorial museum. He also spoke of how to engage youngsters into the cultural initiatives of the city and how to interact with untypical urban spaces. Vysheleni also reassured the workshop participants that whenever a museum is lacking something especially ideas, there will always be activists or young artists around worth of letting in: “They will come along asking you: ‘Can we do something here?’ Don’t focus on whether it is risky or legal, you will settle down these nuances later on. It is important that you say: ‘Let’s try!’” 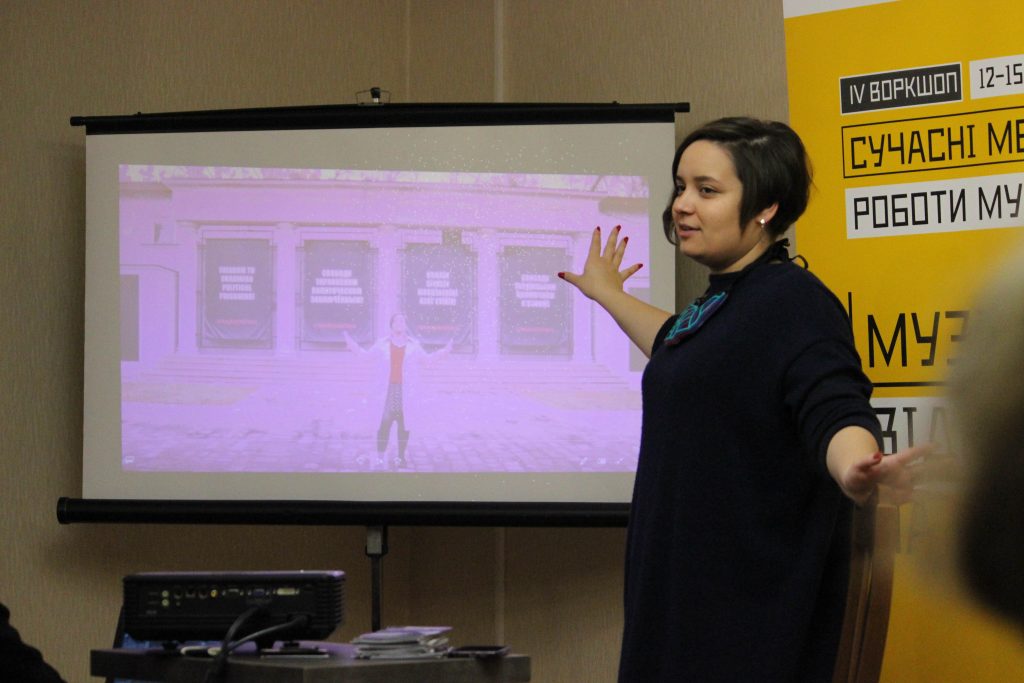 Olha Honchar, culture expert, museum project manager, is convinced that the idea is the key thing in both theory and practice of museum management. In her opinion museums in Ukraine are representative of the overall reality and are often the only place in the city where cultural initiatives are nurtured: “Museum is not just a place that is preserving our history under the crystal dome, it is a cultural center in the first place where discussions and presentations take place. Museum is about modernity. It sets trends, creates drive and communities.” 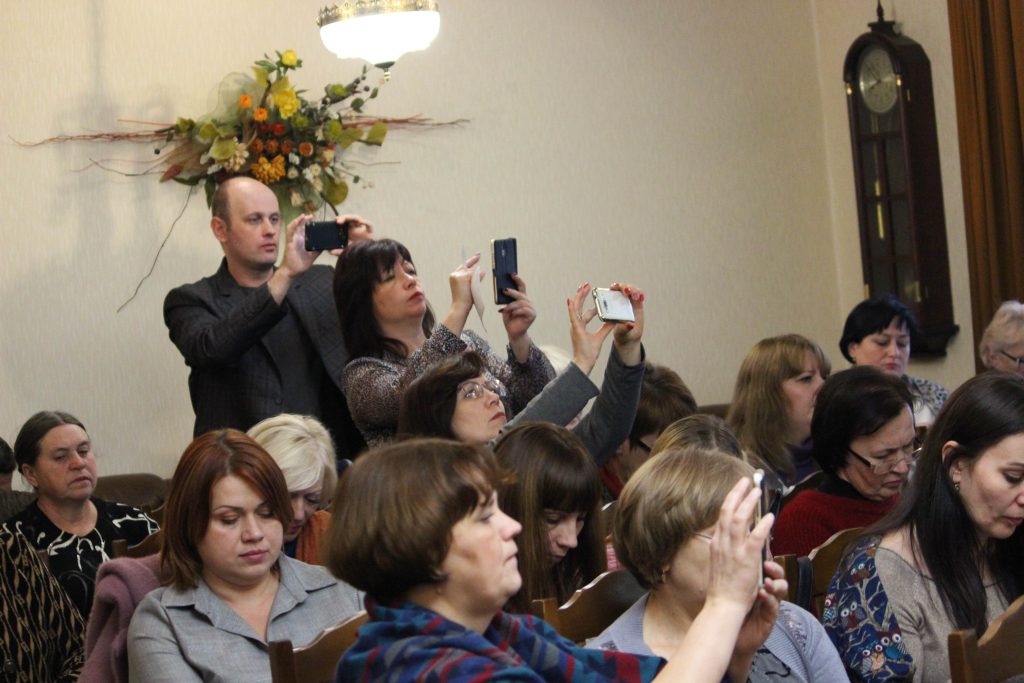 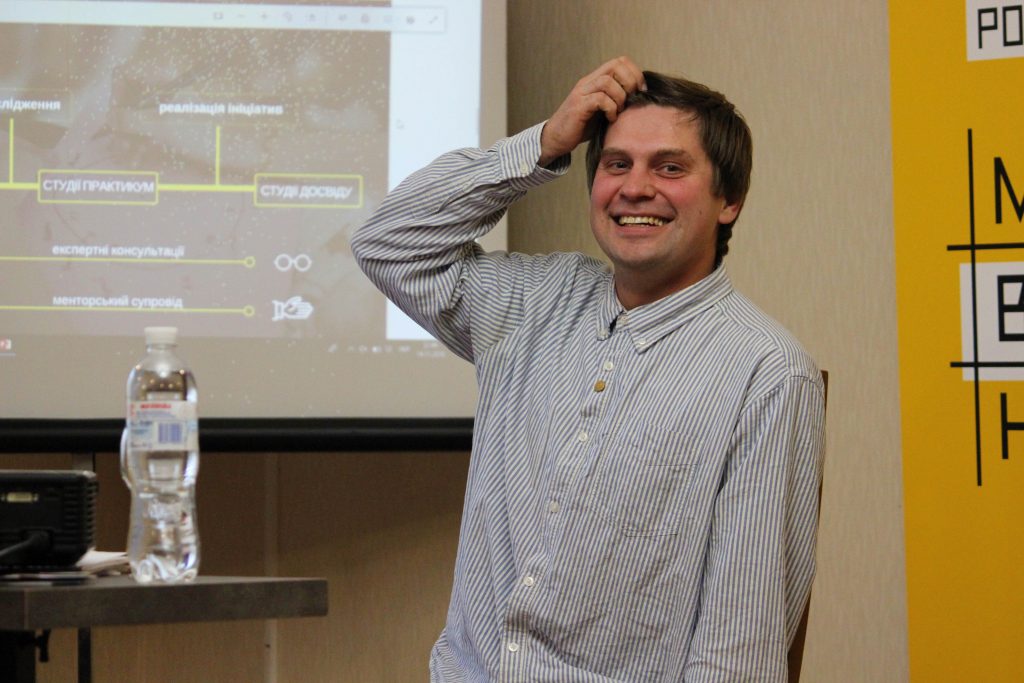 Taras Hrytsyuk, co-founder of the NGO “Different Education” (Insha Osvita) and head of the project “Live history studies” (Studii zhyvoi istorii) presented the activities of his NGO suggesting ways of how cultural institutions may motivate the wider audience to critically think about their history, how alternative forms of education can be popularized and how dialogue between cities can be encouraged. According to Taras the museum can become a place of influence in the community: “Museum can be a platform where various educational programs, civic projects are implemented and discussions take place. It can be the center of the community.” 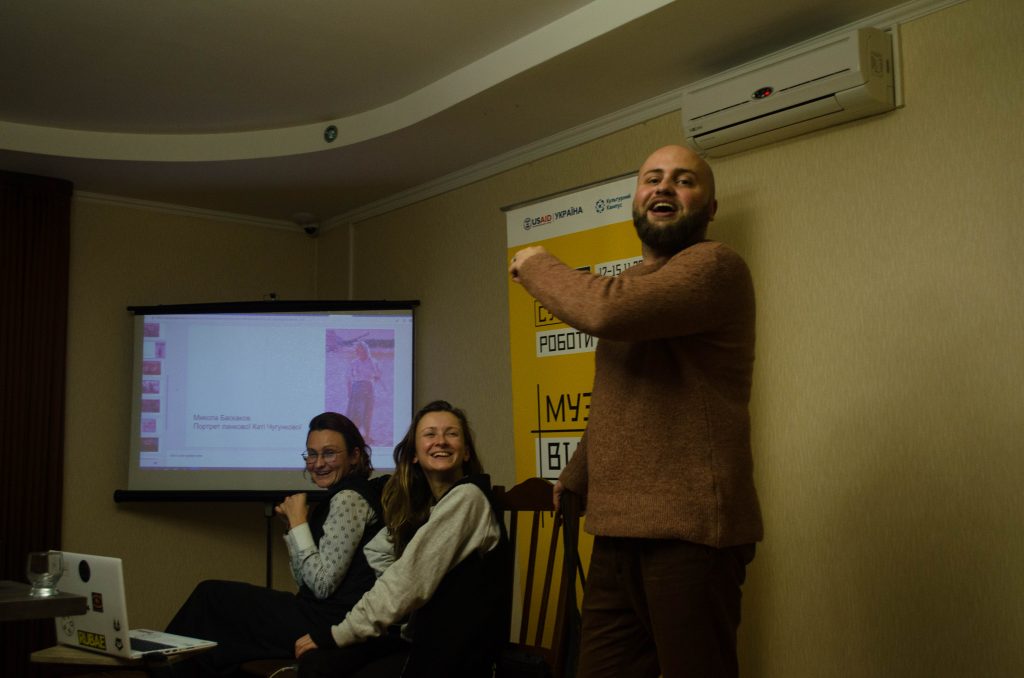 Consultants at the Josyp Bukhanchuk Kmytiv fine art museum, art expert Yevhenia Molyar and curator Dana Brezhneva shared their experience of how open the museum system is to external influence and independent experts. They said the museums showcasing Soviet art find it a true challenge rethinking their approach: “Museum is not designed to praise. It may be critical towards what is inside or show a new vision.” 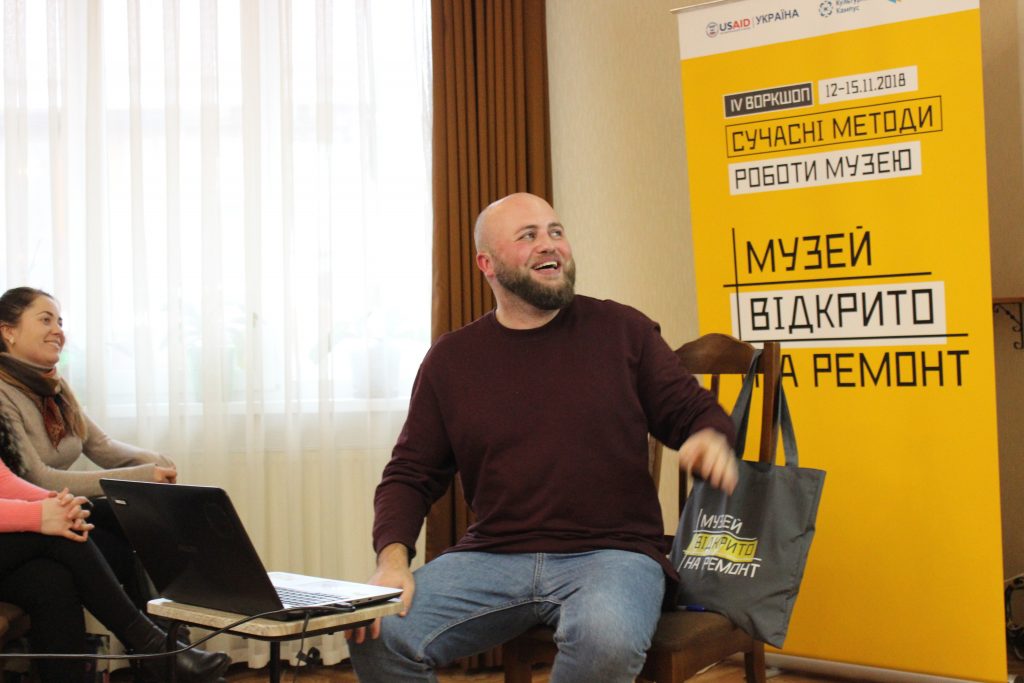 Leonid Marushchak, head of the project “Under construction: Museum open” talked to the workshop participants about brand being an important part of the modern museum as well as about branding in general and museum logos. Demonstrating real-life examples he emphasized that before identity is developed it is worth considering whether the museum is ready for it: “A logo symbolizes some ‘product’. You may develop a beautiful web site, logo, make photographs while a visitor will come to the museum and will realize that nothing has changed. The key thing that you need to understand is: it’s not the logo that makes the product but the product that makes the logo.” 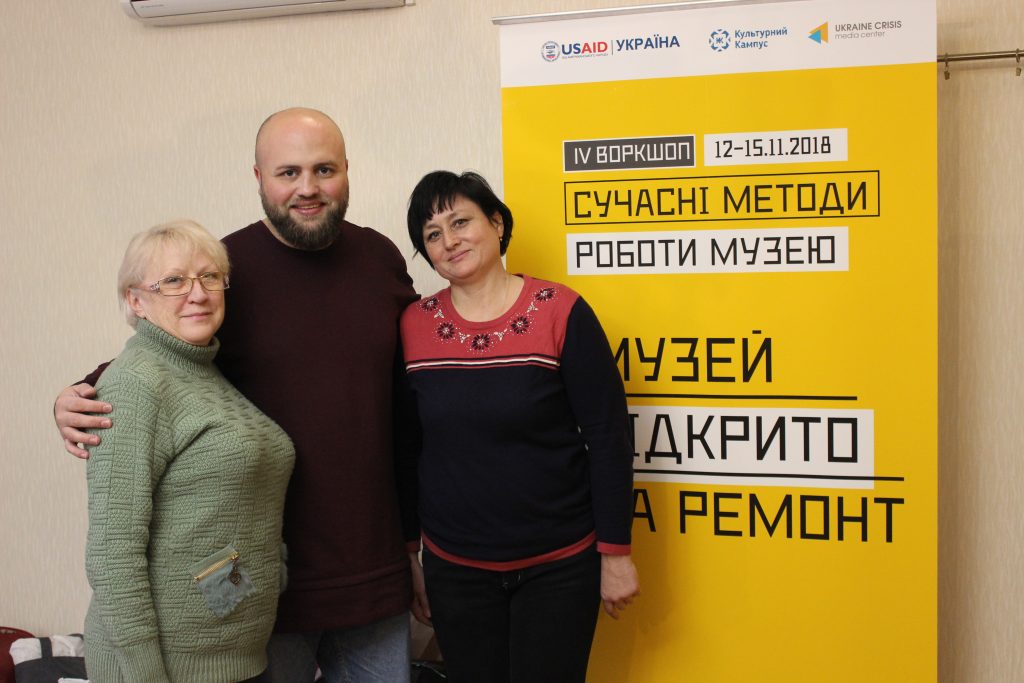 The workshop resulted in announcement of the contest for mini-projects coming from the museums of Donetsk and Luhansk regions. The competition aims at uniting and consolidating the communities to which the museums belong, promote local historic and cultural uniqueness not only within the community but also outside of it. It also seeks to enhance the potential for development that the museums have, engage them into production of new content that would be illustrative of the unique local stories. 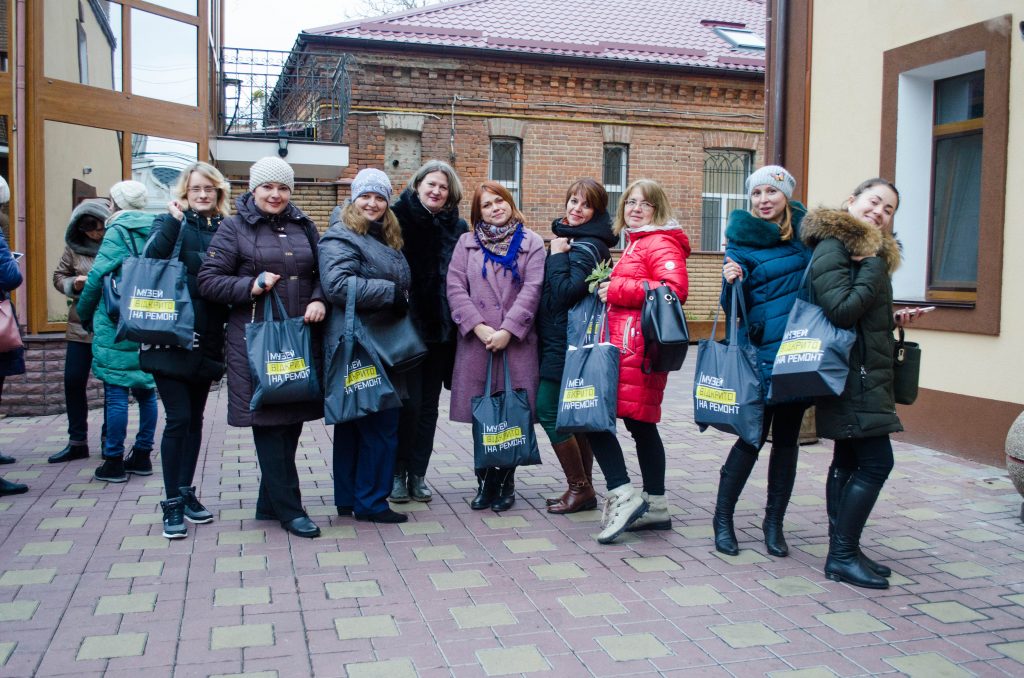 Six best mini-projects by the museums of Donetsk and Luhansk regions will be financially supported. Each winning project is to receive UAH 100,000 (over USD 3,500) and is to be implemented jointly by the experts (curators) that the organizer will assign and the museum team. The projects are to be finalized and presented between February 1 and 20, 2019. 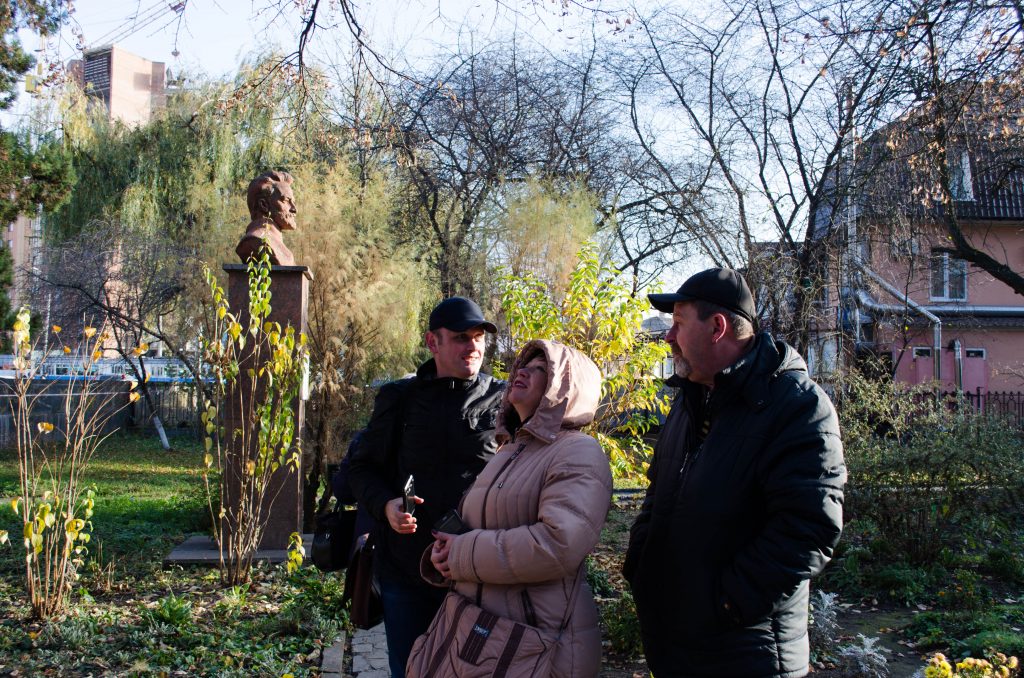 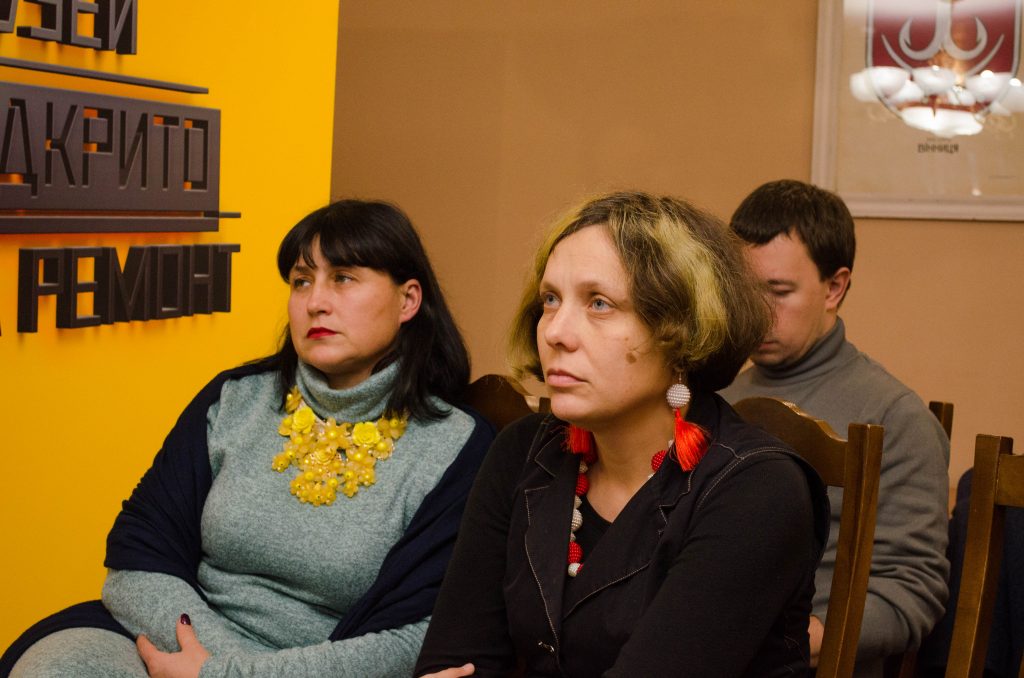 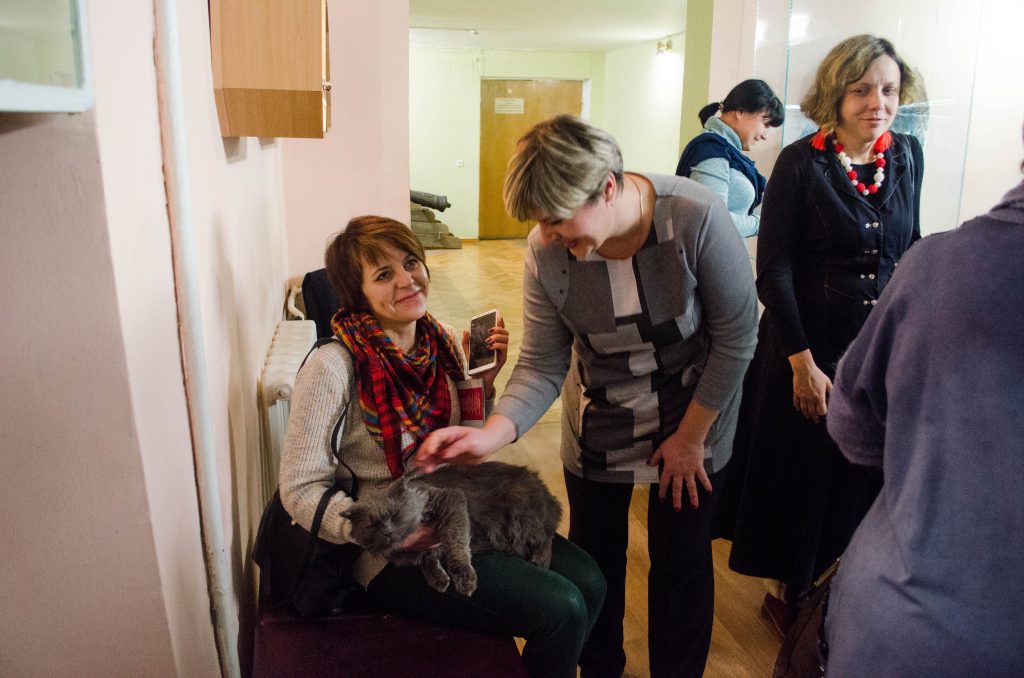 The competition is open to the museums of Donetsk and Luhansk regions, whether they are municipally-owned, legal entities or non-profit organizations.

Ukraine Crisis Media Center will publish the information on the winners on its web site https://uacrisis.org/ua/ , it will be also available through the Facebook page of the project Cultural Diplomacy Between the Regions of Ukraine  https://www.facebook.com/CulturaldiplomacybetweentheregionsofUkraine/

Follow the link to check the competition rules and the application form.