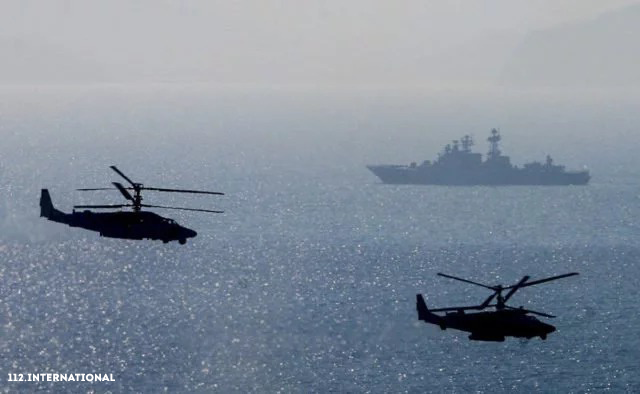 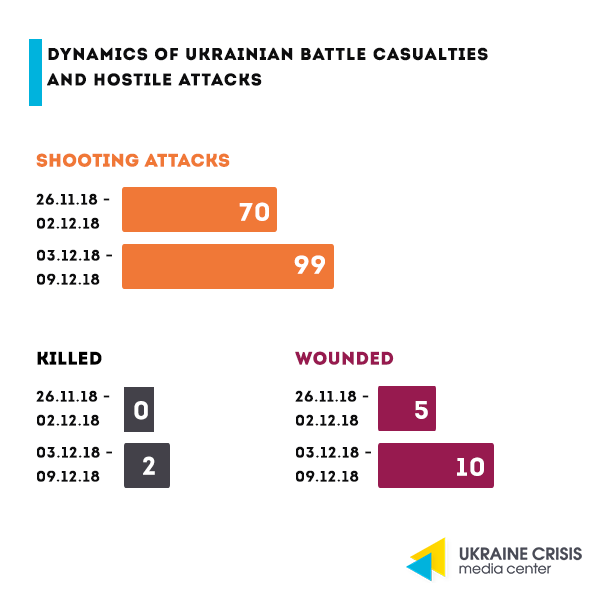 Ukrainian troops’ strongholds in the area close to the Azov Sea coast – near Krymske, Pisky, Novozvanivka, Shyrokyne and Vodyane came under fire from 82-mm mortars. The strongholds outside Luhanske were fired upon from 120-mm mortars. Ukrainian troops defending Krasnohorivka were attacked with antitank guided missiles, the units defending Troitske and Vodiane were fired upon from the weapons mounted on infantry fighting vehicles.

There has been no consolidated reaction by the international community since the escalation happened on November 25. Ukraine’s President Poroshenko and Foreign Affairs Ministry made several statements.

Statement of President Poroshenko: sanctions, NATO presence and weapons supply. The President of Ukraine Petro Poroshenko is calling on the partner states to reinforce their sanctions against Russia and increase the NATO presence in the Black and Azov Seas. There’s a need to “increase the presence of NATO in the Black Sea and probably in the Azov Sea,” the President told Bloomberg in an interview on December 4. Ukraine welcomes NATO vessels so that they help keep the stability, President Poroshenko added. The country leader also called to reinforce military and technical cooperation including lethal weapons supplies to Ukraine.

Ukraine’s proposal re sanctions. The President of Ukraine Petro Poroshenko has passed to the international partners the suggestions on sanctions to be imposed upon Russia responding to its aggression in the Kerch Strait, said deputy head of the Main Department on foreign policy and European integration of the Presidential Administration of Ukraine Serhiy Leshchenko during a round table in Kyiv on December 5.

Suggestions to mirror – block the Russian Federation vessels. The President of Ukraine Poroshenko suggested blocking the entry to European and the US ports for Russian vessels after the Russian Federation blocked navigation in the Kerch Strait and the Azov Sea. In this situation “Russian vessels should be blocked from entering the European or American ports,” the President told Fox News in an interview. Poroshenko also said that Ukraine is ready to coordinate with international partners on this matter. President Poroshenko emphasized that Ukrainian commercial vessels as well as the Ukrainian Naval Forces act in accordance with the international law.

How is international community responding to the aggression of the Russian Federation near Azov? 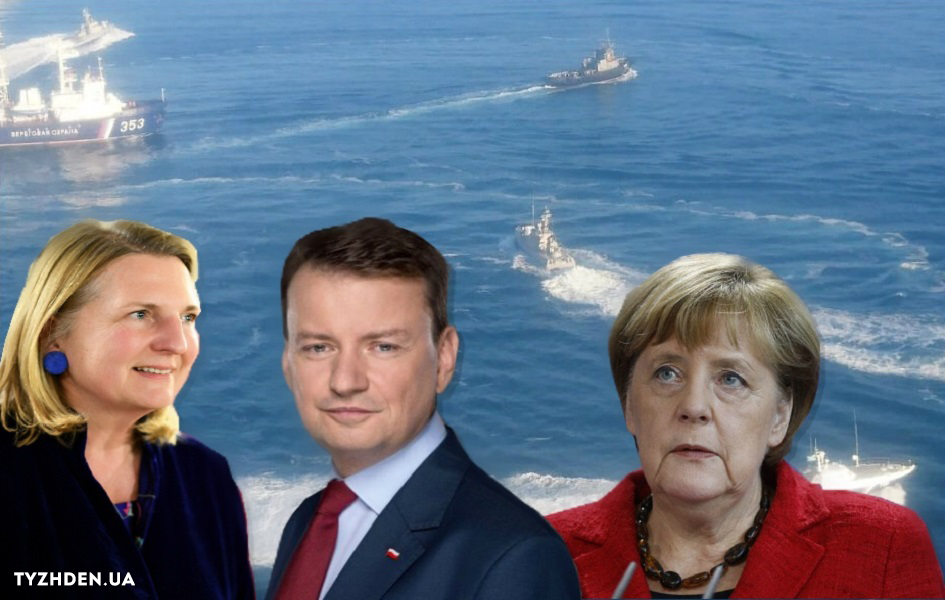 Lithuania’ssanctions. Lithuania has introduced national sanctions against the 20 persons involved in the attack on Ukrainian sailors in the area of the Kerch Strait, said Lithuania’s Foreign Affairs Minister Linas Linkevičius at a press conference at the Diplomatic Academy of Ukraine’s Foreign Affairs Ministry. We have introduced national sanctions against the 20 persons – staff members that personally took part in these military actions against the Ukrainian navy as well as against their chiefs and commanders, Linkevičius said. The sanctions include the travel ban to Lithuania. The Minister also hinted that the sanctioned persons list includes not only Russians.

Germany: statement by the Foreign Affairs Minister. Germany sees as inexpedient the possible new EU sanctions against Russia in response to its aggression against Ukraine, as long as the efforts to deescalate the conflict continue, said German Foreign Minister Heiko Maas as quoted by Reuters. “At this time I believe it would be wrong to talk about new sanctions, because efforts are being made to reduce tensions,” Maas said. “I don’t see a consensus in the EU for new sanctions,” the Minister added. 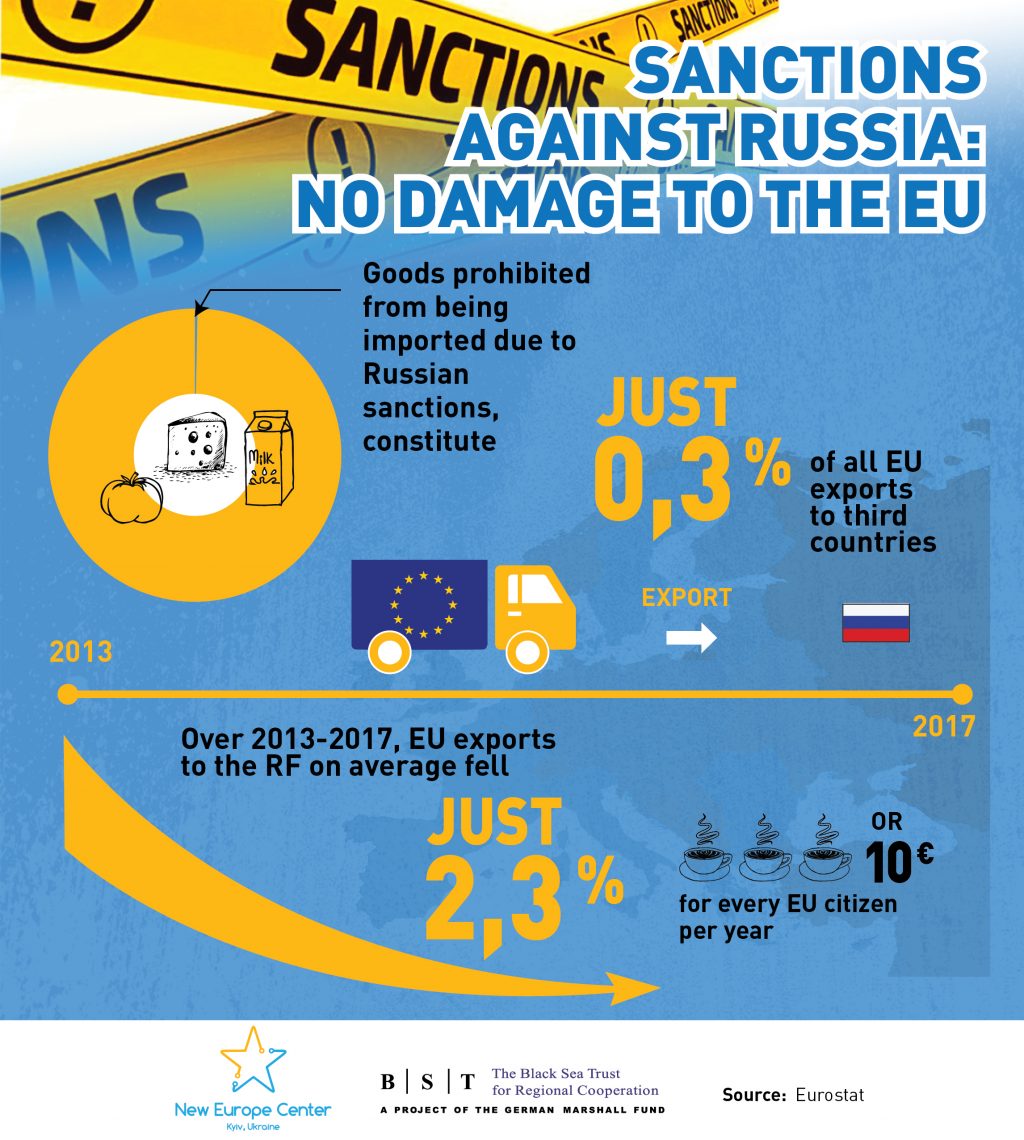 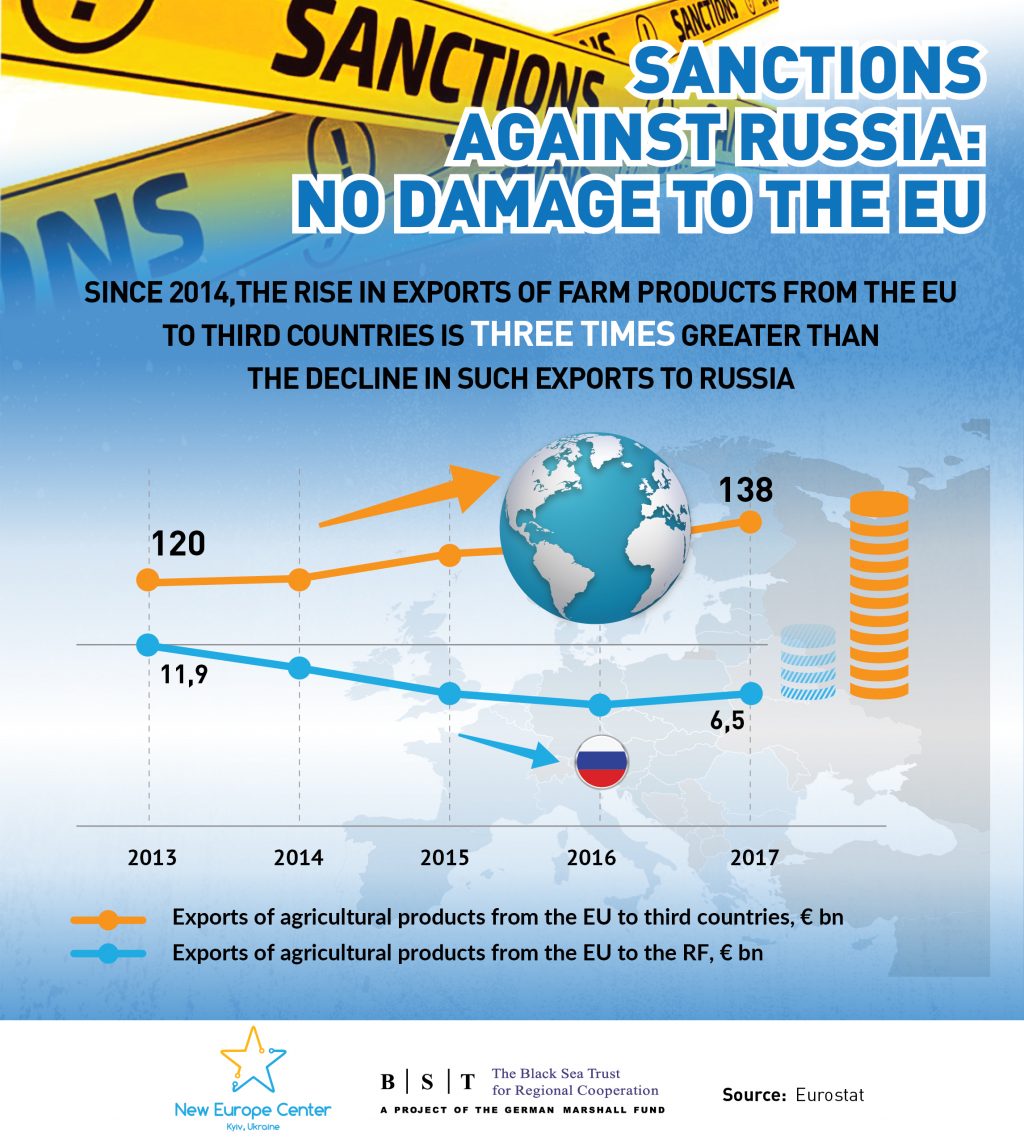 Suggestions to expand the OSCE SMM’s mandate.On the sidelines of the OSCE Ministerial Meeting in Milan last week Foreign Affairs Minister of Germany Heiko Maas suggested to expand the mandate of the OSCE Special Monitoring Mission to Ukraine to the Azov Sea, Zeit reports. The suggestion is to be discussed next week during the Ukraine-Russia meeting featuring France and Germany as intermediaries. “It will not be easy as each side’s position is very tough. I think it will go well for the Ukrainian side while the Russian side is being very much skeptical,” Maas said. OSCE monitors are currently deployed to eastern Ukraine where they are monitoring the implementation of the Minsk agreements.

Reaction by the US. Assistant Secretary of State for European and Eurasian Affairs Aaron Wess Mitchell speaking at the OSCE Ministerial Council in Milan on December 6 said that Washington will keep exercising pressure on Moscow so that the Russian side stops its aggression in Ukraine. US Assistant Secretary Mitchell also called on Russia to free the Ukrainian sailors captured near the Kerch Strait on November 25 and return the vessels to Ukraine.

In an interview to the Voice of America US Special Representative for Ukraine Negotiations Kurt Volker said that Russia is trying to influence Kyiv’s politics with the escalation in the Kerch Strait. He added that Russia’s goal is to also present Ukraine’s government in a bad light as well as influence the presidential elections scheduled for March 2019.

Tomos: the church council to take place in Kyiv on December 15 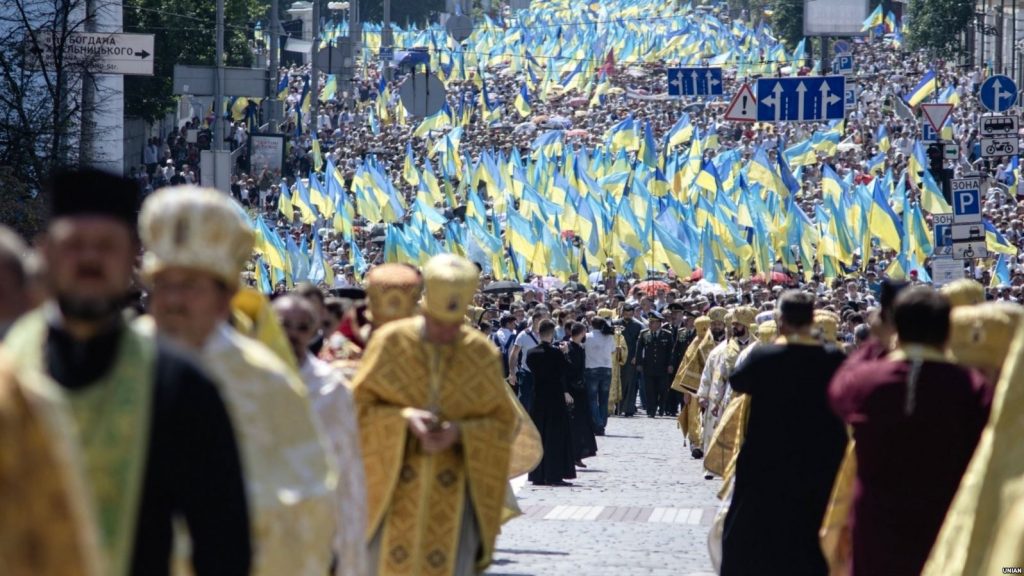 What’s next? After the unifying church council in Kyiv will establish a new church, approve its statute and choose its leader, the newly elected church leader will travel to Constantinople to co-hold a church service with Patriarch Bartholomew at the Saint George’s Cathedral where he will also be handed out the Tomos (the grant of autocephaly). Granting of the Tomos is to mark the beginning of the new single church.

Two key issues remain unknown – who will be elected the church leader and whether it will be a metropolis or a patriarchate.

Constantinople’s metropolis or a patriarchate?Whether the new church will be a patriarchate headed by the patriarch, a metropolis headed by the metropolitan or by an archbishop, is still a question. “According to the statute the Greek practice of management will be introduced for the Ukrainian Church. It will be headed by the Kyiv Metropolitan not by the Patriarch. The annual synod comprising 12 metropolitans changing each year will substitute the Holy Synod (council). Informally the leader of the Orthodox Church in Ukraine will be the Constantinople Patriarch that will also be the highest authority when deciding on the most important issues concerning the new church. Constantinople will be also deciding upon all the conflict matters,” some Ukrainian media say. The final say will have the hierarchs who will gather for the uniting church council. The new Ukrainian church will be able to amend the statute in the future.

Who will be chosen the church leader? It now comes as the theme of the highest interest. The discussion on December 15 will be closed, while the voting will be secret. The actual head of the Ukrainian Orthodox Church of the Ukrainian Patriarchate Filaret is considered the most likely candidate. Media were also voicing the opinion that electing as the leader Filaret or Makariy whom the anathema was revoked off by the Holy Synod of the Constantinople Patriarchate on October 11, may discourage some hierarchs of the Moscow Patriarchate. While Constantinople’s aim is to engage the representatives of all the three churches as largely as it is possible, it coincides with the aim of the Ukrainian authorities.