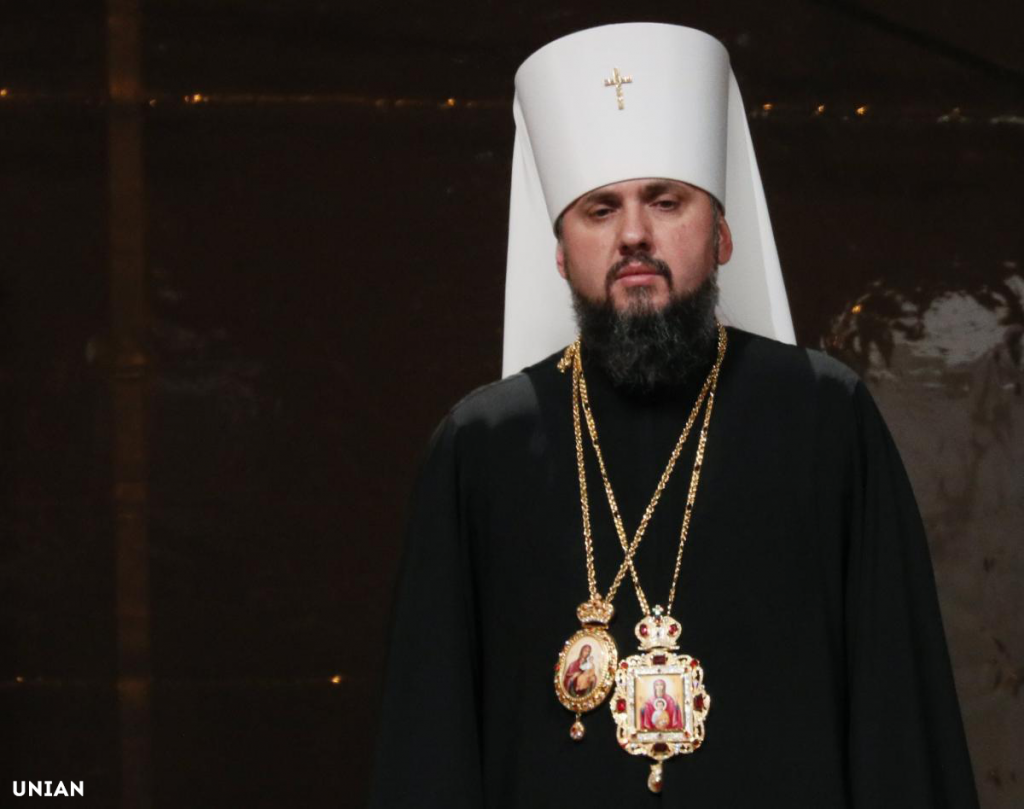 On December 15 the Church Unification Council took place in Kyiv. The Council, or Sobor in Ukrainian, chose the head of the new single Orthodox Church in Ukraine. It is Metropolitan of Pereyaslav-Khmelnytskyi and Bila Tserkva Epiphanius. On January 6, 2019 the leader of the newly established church together with the Ukrainian President will fly to Istanbul where Patriarch Bartholomew will hand him the Tomos of autocephaly and so the procedure of getting the church independence will be completed. UCMC reviewed Ukrainian media to collect the key facts explaining the events.

Who was present at the Church Unification Council? The delegates of the Ukrainian Orthodox Church of the Kyiv Patriarchate (UOC KP) included 42 bishops, each one with a priest and a member of laity, making for a total of 126 delegates. Ten bishops of the Ukrainian Orthodox Church of the Moscow Patriarchate (UOC MP) confirmed participation, similarly coming with a priest and a laity member each. They sent 30 delegates in total. The rest of the delegates were representatives of the Ukrainian Autocephalous Church. Prior to the Council the exarchs of the Ecumenical Patriarchate said Sobor would be attended by 64 bishops, 64 priests and 64 laity members. The President of Ukraine Petro Poroshenko and the Head of the Verkhovna Rada (Ukraine’s Parliament) Andriy Parubiy attended Sobor.

What was the voting procedure? Each Ukrainian hierarch regardless of the church he represents had a possibility of taking to Sobor two more persons with the right to vote. Each participant could suggest a candidate to the post of the church head but his own. The votes were cast secretly. Everyone voted – including the hierarchs, the laity members, clergy and monks, then three main candidates were chosen. Those three candidates were included into the ballot, and it was just the bishops choosing the church head out of the three finalists.

Who is Metropolitan Epiphanius? Metropolitan Epiphanius, the leader of the new unified Orthodox Church, has been Patriarch Filaret’s right hand man at the church directorate of the UOC KP for the last five years. By the church standards he is young – 39 years old. His name at birth is Serhiy Dumenko, he was born in the village of Vovkove, in Odesa region, to a family of workers. He studied at the Kyiv Theological Seminary and at the Kyiv Theological Academy. Epiphanius also studied philosophy at the Athens National University. Having completed his studies in Greece Epiphanius received tonsure at the Mykhailivskyi Golden-Domed Monastery. He engaged in the administrative side of life at the Ukrainian Orthodox Church in 2008. In 2017 Patriarch Filaret appointed Epiphanius the Metropolitan of Pereyaslav-Khmelnytskyi and Bila Tserkva. He is also a member of the National Journalists’ Union of Ukraine and of the International Federation of Journalists. Metropolitan Epiphanius is also the rector of the Kyiv Theological Academy.

What are his advantages?

Despite his young age Metropolitan Epiphanius made a quick church career and worked as Filaret’s deputy for five years. In contrast to the many Ukrainian colleagues of his who studied in Russia, the future leader of the single church was educated in Ukraine and in Greece. “The advantage Epiphanius has is that he knows well the administrative component of the church development,” explains religious studies expert Yuriy Chornomorets. “Besides, the Metropolitan has a moderate temper and knows Greek language. In theory he will be able to directly negotiate with the Ecumenical Patriarch,” the expert adds.

Epiphanius is being identified as a person standing far from the main groups of influence within the church and at the same time close to Patriarch Filaret. On the other hand the Ecumenical Patriarchate may perceive Epiphanius as Filaret’s “shadow”, the one who informally “continues his line”, that may possibly be not much appreciated by Constantinople.

Epiphanius on the Russian Church. Certain conclusions on Epiphanius’s mindset can be made based on his article of December 2015 named “How long will the hand of Moscow be digging deep into Ukrainian souls?” In the article Epiphanius was describing anti-Ukrainian “joint actions of the Moscow Patriarchate leadership and Russia’s political leadership involving representatives of the actual clergy of the Moscow Patriarchate Church in Ukraine.”

In his article he further emphasizes that the Russian authorities have been implementing the politics of “completely involving the units of the Moscow Patriarchate in Russia and abroad to implement its own domestic and foreign policy.” Epiphanius emphasized a huge impact of the Russian secret services on the Orthodox Church, he also said it includes special agents within its clergy.

First statements after the Unification Council.“We have managed to unite the three branches of Ukrainian Orthodoxy into a single national Orthodox Church. The doors of our church are open for everyone,” Epiphanius stated after the Council ended speaking at the Sophiyska square in Kyiv in the evening of December 15. He thanked Constantinople, the President of Ukraine and Head of the UOC KP Patriarch Filaret, Head of the Ukrainian Autocephalous Church Makariy, all the hierarchs as well as Ukraine’s Parliament for the unity they demonstrated.

Epiphanius was presented by President Poroshenko. On the square there were people waiting for the new church leader to be presented for about 10 hours. Summarizing Sobor Poroshenko said: “This day will or has already become part of history as a holy day, the day when the autocephalous national Orthodox Church was established. It is the day of us getting the ultimate independence from Russia. Ukraine will no longer be drinking Moscow’s poison from the Moscow’s cup,” the President said.

Despite his presence at the Unification Council President Poroshenko said the state will not be interfering into the church life: “Neither had we had the state church, nor will we have one,” Poroshenko reassured.