This week a scandal broke in Ukraine after investigative journalists released the corruption schemes that might have the leaders of the presidential race involved. Journalist Lesya Ivanova of the “Nashi Groshi” (Our Money) program released first chapters of the investigation into embezzlement schemes in Ukraine’s defense sector. Its alleged main actors are high-level officials of President Poroshenko’s inner circle. Later on “Nashi Groshi” released another material focusing on Yulia Tymoshenko. According to the investigation, millions of hryvnia to fund Tymoshenko’s election campaign were donated by common people rising doubts if those donors are fake. UCMC takes a close look at what the investigations reveal, how politicians and the society reacted as well as at the impact it may have on the candidates’ chances in the elections.

Suspected embezzlement in the defense sector

According to “Nashi Groshi”, since the war started, the actors of the corruption scheme were buying spare parts for military equipment smuggled from Russia or stored at Ukraine’s military warehouses. They were then inflating the price and reselling them to “Ukroboronprom” factories(Ukroboronprom is a state-owned group of companies operating in the defense sector). Directors of the factories were getting kickbacks and the money was then converted to cash.

Accordingtotheinvestigativejournalists, theembezzlers have earned at least UAH 250 million (USD 9,3 million) applying the scheme. “Nashi Groshi” claims that the pattern was being implemented by Ihor Hladkovskyi, son of the Deputy Head of the National Security and Defense Council Oleh Hladkovskyi. In his turn, Oleh Hladkovskyi is a close friend of the President Poroshenko and his long-standing business partner. Hladkovskyi was appointed by Poroshenko. Photo: Ihor (L) and Oleh (R) Hladkovskyi. 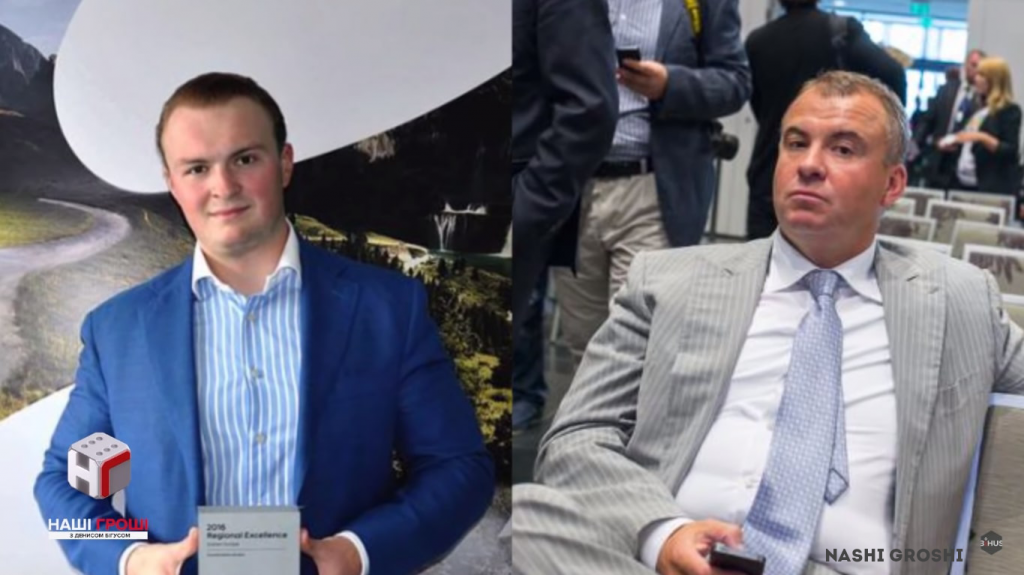 Reaction of the case protagonist. Oleh Hladkovskyi called a provocation the investigation that “Nashi Groshi” conducted to reveal his role in the corruption scheme of the defense sector. “I fell victim to nonsense and informational provocations seen by many in this program before. My sole reaction is that of a person whose honor and dignity were violated, I demand justice,” the official said on air of the ZIK TV channel on February 27.

How did the President react? The President of Ukraine Poroshenko supported Hladkovskyi’s move to suspend his duties at the National Security and Defense Council for the time of the official investigation. Iryna Lutsenko, President’s Envoy to the Verkhovna Rada (Ukraine’s Parliament) stated that “Ukroboronrom” and Deputy Head of the Security and Defense Council Oleh Hladkovskyi will sue in court the journalists of the “Nashi Groshi” program.

“As soon as we started talking about the embezzlement in the army that took place over the past years, a story from 2015 pops up and is made public in the proximity to the elections,” Lutsenko said.

According to Hromadske TV, a source in the President’s inner circle states that the facts cited by the investigation became news for him and that he decided on Hladkovskyi’s resignation already in the evening of February 25 immediately after watching the first two chapters of the investigation. “He said that Oleh should be dismissed and it is apparently irreversible,” the source told Hromadske TV.

How is it going to affect Poroshenko’s election chances? Did the President give the green light to the scheme seeing spare parts procured in Russia through smuggling – the scheme that, according to the journalists, Hladkovskyi’s son Ihor and his partners were exploiting? What is going to happen to Hladkovskyi? Will law enforcement charge him ahead of the elections? Surely, in case they confirm what the journalistic investigation has found.

The case brings plenty of questions. Under any scenario Hladkovskyi’s fate will be decided upon after the elections, as it is not possible to hold the investigation and consider the case in court in two months. In case Poroshenko loses the race, he won’t be responsible for what is going to happen to his friend. Instead if he is re-elected President, Poroshenko will have to guarantee transparency of the investigation and unbiased justice in court. Otherwise the opposition will get a chance to fight for his impeachment. Yulia Tymoshenko did not wait until the election results and brought the impeachment demand immediately.

The “Batkivshyna” party leader Yulia Tymoshenko celebrated too early the release of the journalistic investigation that concerns her opponent in the elections. Several days after the investigation into corruption in the defense sector was released, “Nashi Groshi” also released an investigation focusing on Tymoshenko. According to the data in possession of the journalists, Tymoshenko’s election campaign was financed through million-hryvnia donations by security guards, housewives, supermarket cash operators, carwash workers etc.

Thus, in the first half of 2018 individuals and small businesses sent around UAH 23 million (USD 856 thousand) to the party accounts, in the second half of the year, after active campaigning rolled out – UAH 130 million (USD 4,8 million). In the second half of 2018 big sums were often massively donated to the “Batkivshyna” leader by residents of small towns and villages, some donated even several times. 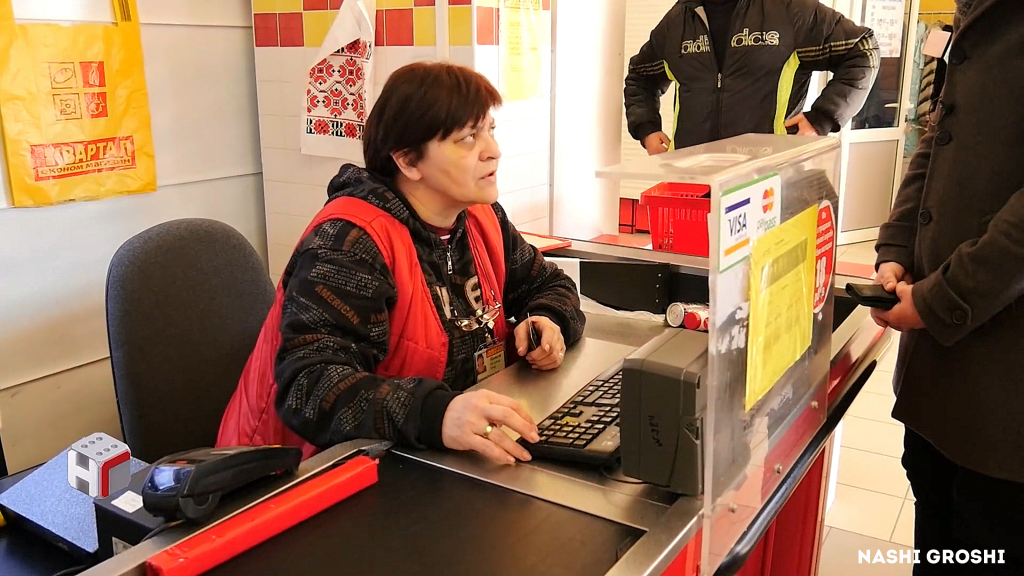 Similar cases also took place in other parts of Ukraine. Common Ukrainians including retired ones not giving the impression of those well-off as well as small firms that might be fictitious were transferring the sums of up to UAH two million (USD 74,5 thousand) to the accounts of “Batkivshyna”.

Tymoshenko’s reaction. The “Batkivshyna” party leader responded to the investigation’s findings in the TV show “The Right to Power” (Pravo na vladu) aired on 1+1 channel. She said that various businessmen who are allegedly “afraid of repression on the part of the authorities” are forced to be transferring money to the accounts of Batkivshyna through false intermediaries.

The candidate to the presidential post also said that they “have sorted out the facts and discovered” that middle-class businessmen sympathizing with “Batkivshyna” cannot be transferring money directly “because criminal cases are being immediately started” against them. 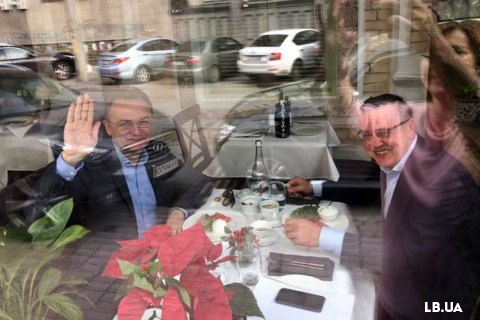 This union is likely to mobilize the pro-European democratic electorate in the last month prior to the elections. At the same time three MPs of the informal inter-factional group “Eurooptimists” – Mustafa Nayyem, Svitlana Zalishchuk and Serhiy Leshchenko filed notes to quit the faction Petro Poroshenko Bloc.