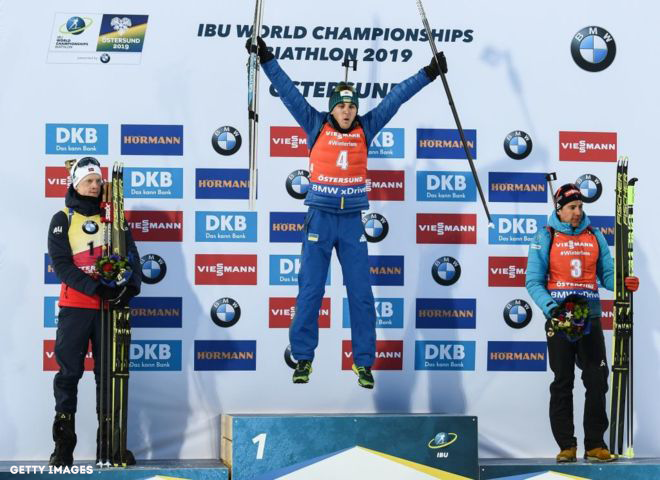 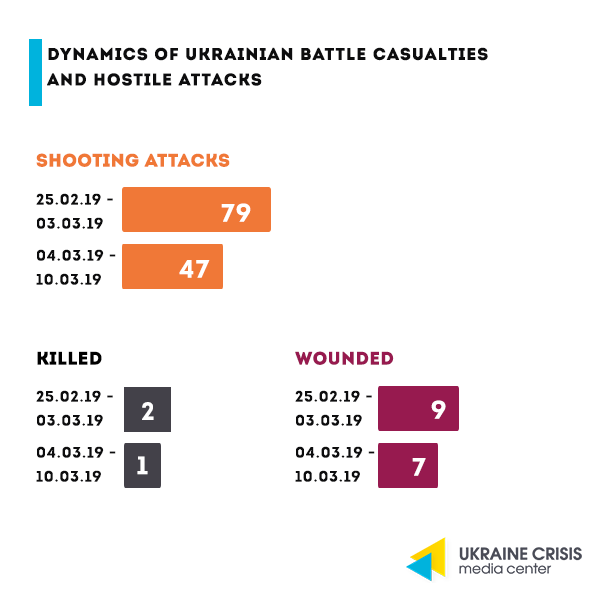 On March 6 Russia-backed militants fired upon the Ukrainian troops’ positions from Minsk-proscribed weapons. They launched a total of 121 artillery shells and mortar rounds. For the first time this year Russian proxies shelled from 152-mm artillery. Ukraine’s Joint Forces adhere to the ceasefire commitments. On March 10 Russia-backed militants did not open fire upon the Ukrainian troops. As of 07:00 on March 11 no ceasefire violations were recorded. 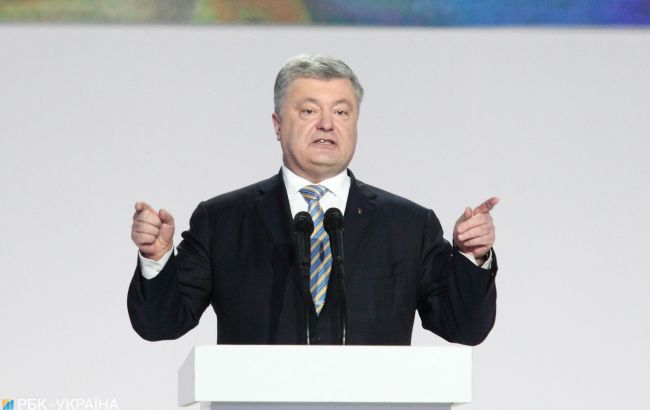 Two weeks ago a scandal exploded after investigative journalists of “Nashi Groshi” program discovered embezzlement schemes featuring the state-owned group of companies in the defense sector “Ukroboronprom”. If confirmed, the fact may dramatically hit the ranking position of the actual President who’s campaigning at the upcoming elections. Following the scandal, last week far-right forces staged several provocations. UCMC follows the situation as it is unfolding.

The President’s official position. The President of Ukraine Petro Poroshenko claims that the corruption case in question has no political cover and that the funds under-received by the state budget as a result of corruption schemes in the defense sector will be returned. He also promised that those responsible will be held liable: “I would like to emphasize, if a person is guilty, they need to be jailed, whoever they are. If they are innocent, the society needs not doubt the objective and unbiased investigation,” President Poroshenko said in an interview to Ukrainian TV channels on March 7.

On March 10 the President gave an interview to ICTV channel quoting the numbers on the new criminal cases: “As to ‘Ukroboronprom’, at my request almost 10 additional criminal cases were started. (Houses of) all case actors were searched,” Poroshenko said.

Ukroboronprom audited. The audit of “Ukroboronprom” state-owned group of companies will have been held by the end of this year, the President stated. “Tender will have been completed in two months. How much time is the audit going to take? I can confirm it will have been concluded this year,” Poroshenko told Ukrainian TV channels last week. He added that he will do his utmost to make sure it starts the soonest possible. According to the President the government and the National Security and Defense Council are supposed to start the procedure to select the auditor. “It has to be a reputable international company that is trusted,” Poroshenko said.

Anti-corruption agency: new searches. Following the journalistic investigation on embezzlement in the defense sector, the National Anti-Corruption Bureau of Ukraine (NABU) made a series of searches featuring the case actors. Searched were also the houses of Oleh Hladkovskyi, First Deputy Head of the National Security and Defense Council, and his son Ihor, NABU director Artem Sytnyk said. “We have started two cases based on what we saw in the (journalistic) programs. As part of the investigation in one of the cases, we’ve conducted a series of searches today – almost 20 in total, including the ones at the houses of Ihor and Oleh Hladkovskyi, Vitaliy Zhukov, Andriy Rohoza etc.,” Sytnyk said at the press briefing at UCMC last week.

Right-wing organizations in Kyiv demand investigation.On Saturday, March 9 a few hundreds of representatives of the far-right “Natsionalnyi Korpus” (National Corps) party and the “Natsionalni Druzhyny” (National Militia Units) movement gathered by the Presidential Administration in Kyiv, demanding that the protagonists of the journalistic investigation on embezzlement in “Ukroboronprom” are held liable. The protestors attempted to break through the law enforcement units that were securing the way to the building, tear gas was sprayed. Following the clashes the situation returned to normal.

Far-right provoke in Cherkasy. On the same day representatives of the “National Corps” also attempted to break through to the President as he was speaking on stage in downtown Cherkasy. They tried to break through the police line, a protester got on top of a police car, flares were lit. Twenty two policemen were injured. 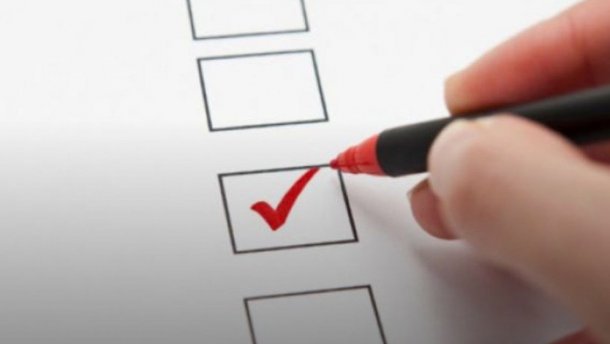 Sociological group “Reityng” (Ranking) released the results of the new opinion poll. Ukrainians aged 18 and older responded to the election-related questions. The poll is representative of the voters’ age, sex and place of residence. The representative sample includes 5,000 respondents. A formalized face-to-face interview was the method used. The margin of error does not exceed 1,5 per cent. The opinion poll was held between March 1 and 7.

Forecast voter turnout. According to the opinion poll, 83 per cent of the interviewed are ready to vote at the presidential elections on March 31, 2019. Those intending to vote and sympathizing with the top candidates are about 80 per cent. Smaller percentage is recorded with the youngest groups of voters – 18 to 25 and 26 to 35, as well as in Kyiv.

Voters’ endurance. Only one third of the poll’s respondents said they were ready to queue at the polling station for more than one hour. Same number said half an hour is their maximum, each fifth respondent is ready to wait for up to one hour. Voters who claimed ready to wait the longest are respondents from the east, north and west; they are also the oldest voters and those intending to cast their votes for Oleksandr Vilkul (Opposition Bloc) and Yuriy Boiko(Opposition Platform – For Life). Instead the supporters of Volodymyr Zelenskyi and Oleh Lyashko (Radical Party) as well as those who are undecided are least prepared to stand in line for long in order to cast their vote.

Seventy four per cent of respondents claimed ready to sacrifice leisure activities should voting require it, 16 per cent voiced the opposite thought – they will most likely spend time with their friends and will skip voting at the elections should they have to choose between the two. The latter preference was mostly voiced by the youngest respondents (aged 18-25 – 34 per cent; aged 26-35 – 23 per cent), first-time voters (30 per cent) and occasional voters (45 per cent).

Candidates’ ranking. The comedian-turned-politicianVolodymyr Zelenskyi is on top of the ranking, he is the candidate of choice of the 24,7 per cent of respondents who made up their mind and intend voting. Yulia Tymoshenko (18,3 per cent) is on the second place, Petro Poroshenko is on the third (16,8 per cent). They are followed by: Anatoliy Hrytsenko (10,3 per cent), Yuriy Boyko (9,9 per cent), Oleh Lyashko (5,7 per cent), Ihor Smeshko (3,3 per cent),Oleksandr Vilkul and Yevhen Murayev (2,7 per cent each). Candidates Anatoliy Hrytsenko and Yulia Tymoshenko changed their position in the ranking over the last week.

Undecided voters.Almost one quarter of voters have not made up their mind. This group is mostly composed of the poorest voters, most active ones, middle-age and senior voters, women in central and western parts of the country.

Regional preferences.Volodymyr Zelenskyi has strongest positions in southern and eastern parts of the country. In Kyiv and in the central area he competes with Yulia Tymoshenko and Petro Poroshenko. The position of the latter is strongest in the west. Tymoshenko is most supported in central, western and northern regions. Anatoliy Hrytsenkois most supported in the west of the country, Yuriy Boyko – in the south and in the east, especially in Donbas.

The choice of the young.Volodymyr Zelenskyi is the most preferred candidate among the first-time voters (each tenth supporter of Zelenskyi) and among the occasional voters. The respondents who vote frequently equally favor him alongside Tymoshenko and Poroshenko, Hrytsenko and Boyko also have stronger positions with this group of voters. 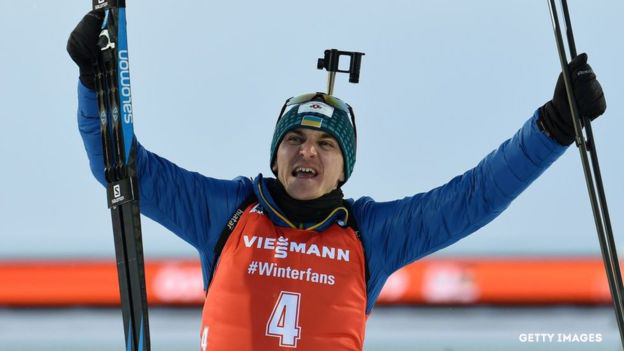 Dmytro Pidruchnyi was born in Ternopil region in 1991 – the year when Ukraine regained independence. He started his sports career in 2005, in 2012 he became part of Ukraine’s national team. Pidruchnyi took part in the 2014 and 2018 Winter Olympics. He also has a military rank with the National Guard of Ukraine – that of the sergeant (starshyna), and is a trainer at the National Guard sports club.