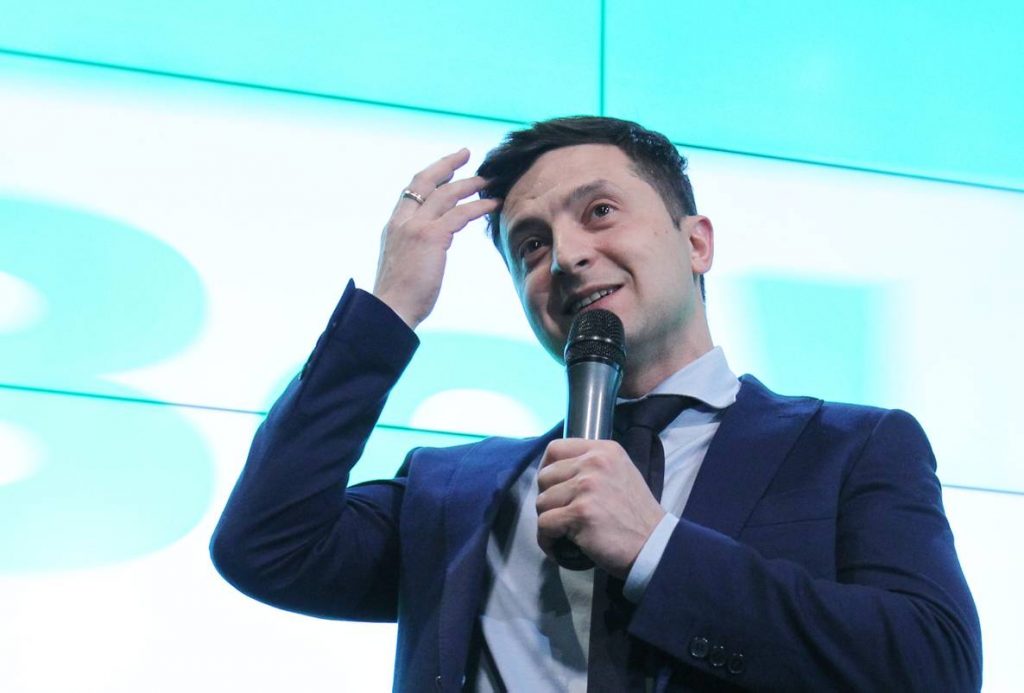 Ukraine is electing the President. Showman and businessman Volodymyr Zelenskyi and the actual President Petro Poroshenko are running for President. In the first round the candidates got 30,24 and 15,95 per cent of votes respectively. Official results of the second ballot will have been released until May 4. Until June 3 the newly elected President will have taken the office.

Were the elections democratic? As of 16:00 on the voting day the National Police received 816 claims and notifications on election-related violations. The majority of them concern illegal campaigning, bribing of voters and photographing the ballots. The highest number of violations was recorded in Dnipropetrovsk region, in Kyiv and in Donetsk region, the lowest number – in Ternopil and Ivano-Frankivsk regions.

Zelenskyi’s administrative offense. Volodymyr Zelenskyi made himself picture holding the ballot after he voted. It is prohibited by the law. Police filed a protocol in response to the violation at the polling station. Spokesperson of Zelenskyi’s campaign office Dmytro Razumkov, commenting on the incident, said that “everyone violates the law”, while “the question is what the approach to this violation of the law is.”

According to “Chesno” NGO, on the election day the Facebook group “Komanda Zelenskoho” (Zelenskyi’s team) has 430 active ads. Apparently it is the only official page of the politician running advertising on the election day when campaigning is prohibited.

Poroshenko’s comment on elections. Petro Poroshenko said he feels proud about the way the elections are organized this year. He added that it is important that the citizens vote intelligently – “it’s not funny”. “It is not important who is elected, important are that the strategy and the way that the nation and the state will undertake to keep moving forward,” Poroshenko said. “It is of utmost importance not to lose the country,” he added.

Did Ukrainians residing in the occupied territory vote? A total of 69 582 persons registered in the occupied areas of Donbas underwent the procedure to change their voting place, so that they could vote in the government-controlled area, the secretary of the Central Election Commission Natalia Bernatska said. According to Hromadske TV, 111 voters from the annexed Crimea registered in the Kalantchatskyi district of Kherson region to be able to vote.