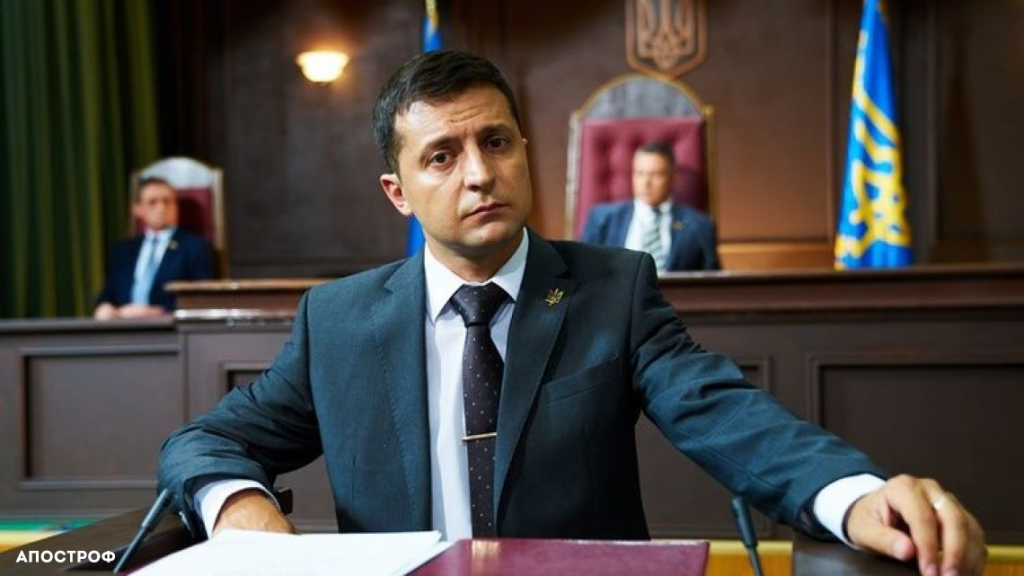 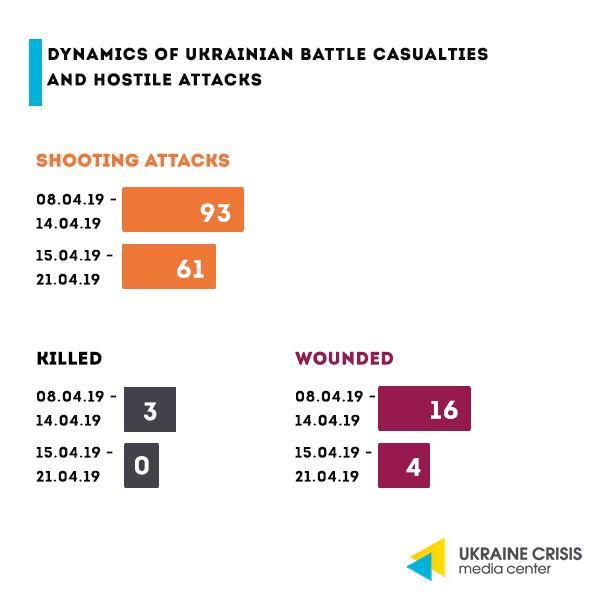 According to the national exit poll showman Volodymyr Zelenskyi won the second round of the presidential elections in Ukraine. According to the exit poll data collected by the time when the polling stations closed, 73 per cent of voters cast their votes for Zelenskyi, 25,5 per cent – for Petro Poroshenko.

(Alternatively: As of 14:00 Kyiv time the Central Election Commission processed 98,87 per cent of protocols, 73,19 per cent of voters cast their votes for Zelenskyi, 24,48 per cent – for Petro Poroshenko.)

Both Ukrainians and the international community are anxious to know what’s coming next for the country. Ukrainian media “Novoe Vremya” (New Time) interviewed experts to describe three possible forecasts for Volodymyr Zelenskyi’s presidency. UCMC presents an abridged translated version of the text.

The first and most probable scenario: weak President

The essence. Volodymyr Zelenskyi will not be able to set an own direction for the country to move forward and will actually stick to the present line while swinging back and forth as he goes. According to political analyst Volodymyr Fesenko, no one will be really understanding the overall direction of the movement.

The weakness of Zelenskyi’s team will be evident at all levels –Ukraine’s sixth President will not be pursuing independent staffing policy. Political analyst Vitaliy Kulyk says civil servants will be appointed occasionally, even to the key posts. Financial resources will get shared by the businessmen standing close to the newly elected state head – Ihor Kolomoyskyi and his partners.

The new President will not have a distinct foreign policy. He will not be emphasizing the country’s aspirations to NATO membership in try to keep the support of the east. On the other hand, he will not dare to shut down all contacts with the Alliance.

Relations with Russia are unlikely to change. “The new President intends building the strategies that are neutral at their core. One should not expect the daring military rhetoric as it used to be with Poroshenko. Instead Zelenskyi will be avoiding by all means the meeting with Putin and Medvedev,” Kulyk is convinced.

Domestic policy will seea faction or a group “People’s Servant” (Sluha Narodu) form already in the actual convocation of the Parliament – by autumn, that will embrace various “flip-floppers”. It will not be numerous enough to make important decisions but it will be voicing the President’s position in the Parliament.

If nothing changes and the White House keeps “overseeing” the official Kyiv, the economy will stay unchanged. What will change is it will become less regulated, said Serhiy Fursa, a fixed income sales specialist. As long as the IMF’s program is active in the country, the economy will not be facing strong shocks, while its modest growth can back off.

Wrap-up. Under the “weak President” scenario, the system of government will be slightly changing from the current parliamentary-presidential republic to the parliamentary republic where the powers of the head of the state will actually shrink even more.

“The problem is the expectations from Zelenskyi are way too high. In about a year there will be massive disillusionment. The window of possibility is very small and it is incredibly hard to be in time to do anything abruptly,” political expert Volodymyr Fesenko said. 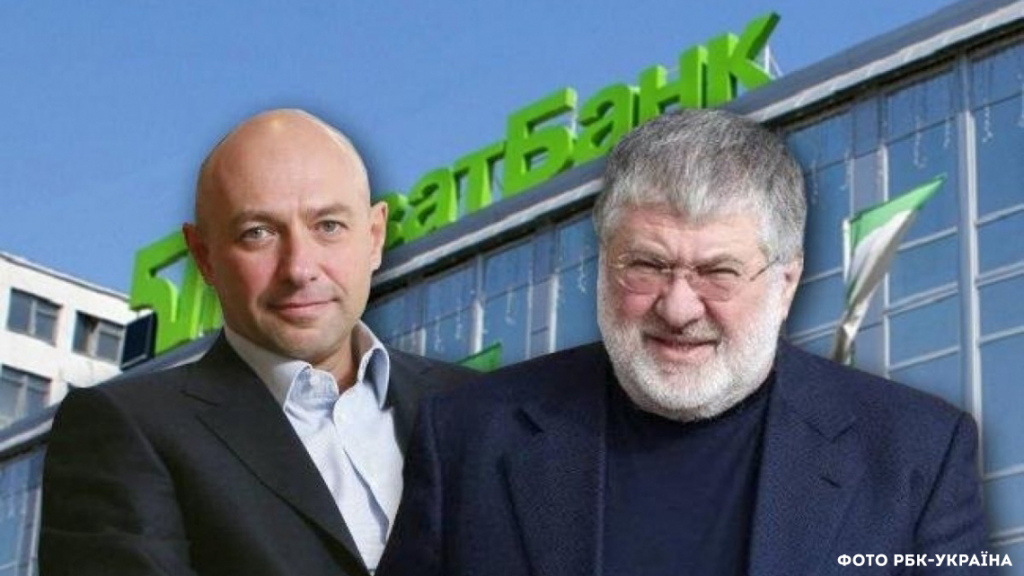 The essence. The newly elected President will start gripping different reforms but will succeed in neither of them. “Here and there, it will be a chaotic movement everywhere at the same time and nowhere. For a country in need of reforms it will equal painful death,” said Vitaliy Kulyk.

The lack of achievements will make the “People’s Servant” party score minimum at the elections, while the actual powers will pass to the Parliament controlled by Zelenskyi’s opponents.

Domestic policy. Due to the lack of experience President Zelenskyi risks getting trapped in red tape for months, assumes political expert Petro Oleshchuk. “Bureaucratic bog” will come as a result. Zelenskyi’s allies will start fighting for power, while the government will make use of the weakness shown by the head of state and will try to get hold of the power ahead of the parliamentary elections.

“The President’s weakness will lead to disillusionment, so his results at the parliamentary elections will be modest,” Oleshchuk reassures. Under such a scenario Zelenskyi should not be hoping to form the “domesticated” government.

Anti-presidential majority will thus emerge in Verkhovna Rada (the Ukrainian Parliament). So the political agenda in the country will get down to the confrontation between the President and the Rada. Due to the adopted impeachment law Zelenskyi will find himself on the brink of early termination of powers. He is likely to cross that line quickly.

Foreign policy. Experts are convinced that there is a possibility, a small one but not to be ruled out, that Russia will bolster its aggression in Donbas and will get to an open offensive. The Kremlin can be stopped by external pressure only. The internal political crisis will bring the country into chaos.

Oleshchuk sees the “Donetsk trap” as a more realistic scenario. Moscow will start blackmailing official Kyiv with escalation of hostilities in the east, offering to “make peace” on its own terms.

In the end Vladimir Putin will convince Zelenskyi to deploy the peacekeeping mission featuring Russian members into the occupied territory and grant the “republics” autonomy. Ukrainian society will explode with rage and it will destabilize the country. Again, the outcome is impeachment.

Economy. If the so-called “Kolomoyskyi group” will start re-appropriating its assets including Privatbank, it will ruin the country’s positive image with the international partners. Investment into the Ukrainian economy by the world’s leading financial institutions will get to zero. “Europe and the US will stop postponing (repayment),” said Andriy Kolodyuk, managing partner at AVentures Capital.

Under this scenario the cooperation with the IMF will stop which also means default. The government has disbursed UAH 400 billion (USD 14,9 billion) to service the state debt this year but the peak of external debt repayment is expected in 2020. The country will not cope with the load without the IMF. The analyst has based his forecast on the positive scenario of the world economy development, otherwise Ukraine is facing a catastrophe.

Wrap–up. Zelenskyileavesofficeearly. Economy is headed towards the default. The situation we saw in the first weeks after the Maidan repeats – the power gets concentrated in the hands of the majority in the Rada and relative stability emerges only after a new President is elected. 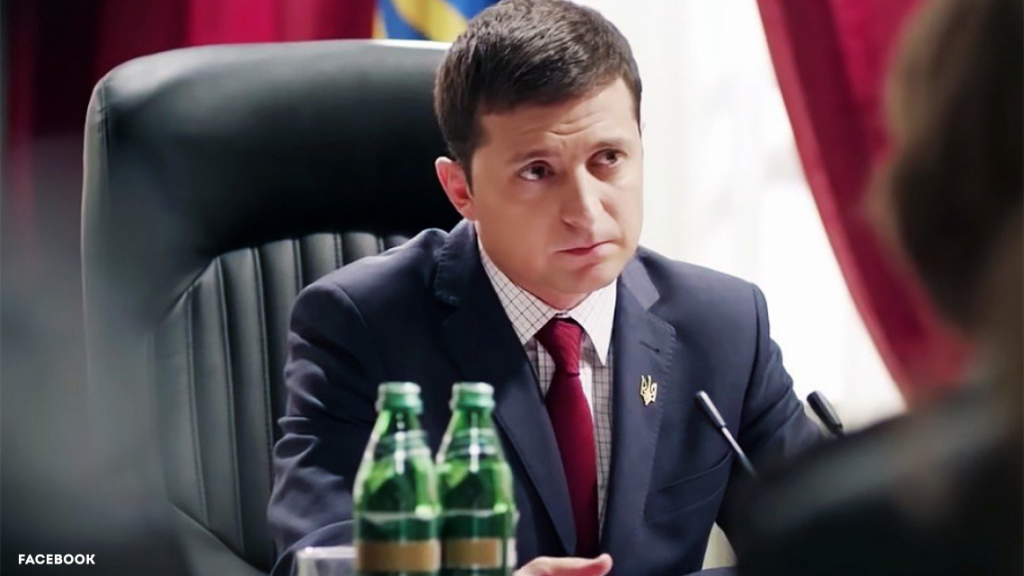 The essence. Experts do not rule out that Volodymyr Zelenskyi can turn to be an efficient and decisive reformer.

Foreign policy.Zelenskyi will succeed in negotiating new wider support from the West in countering Russia.

Domestic policy.Under a positive scenario the newly elected President will dissolve the Parliament in his first weeks in office.

Zelenskyi will launch the scenario of “laws drafted by people” and will get the majority of votes in the Rada already by summer.

The new President then forms the loyal government engaging foreign experts trusted by the US. Basing on the legitimacy of the President the new managers hold key reforms to shine light on the shadow economy and introduce measures to increase the investment attractiveness.

Kolomoyskyi and his partners will not get any “incentives” from the authorities and will keep contesting in court the Privatbank case decision.

Economy. According toeconomic expert Danylo Monin,encouraged by the first achievements of the President, new investment may start flowing into the country. More than that, prices on raw materials will increase and in the third quarter of 2019 one should expect economic growth.

“If the Parliament introduces the exit capital tax effective 2020, economy will start growing faster. Successful anticorruption work of Zelenskyi’s team will welcome foreign investment, which is favorable for the economy,” the expert said.

According to Fursa, Zelenskyi has a decent suggestion in his program – set up the Service for financial investigations that will take away the function of economic investigations from law enforcement. That alone will become a positive sign for business. “It will be an actual achievement that could become a breakthrough,” the expert said.

Wrap-up. Even the positive scenario does not mean that Zelenskyi will have massive support in the society.

According to a recent opinion poll by the Kyiv International Institute of sociology (KMIS), the main demands that voters have for the new President are: 39,1 per cent want utility tariffs to go down, 35,5 per cent – MPs, judges and the President to be stripped off the immunity, 32,4 per cent –  to start or speed up investigation into the most notorious corruption crimes. The President will be able to implement the second demand and only partly the third one, the first one is beyond his area of responsibility.

The showman-turned-President will have to work hard to stay in office for the whole term. Zelenskyi will be emphasizing communications with people. He will keep using livestreams on social media as his fingerprint method, political analyst Fesenko is convinced. “It will be vital for him to show a few cases in which main actors will get jailed and confirm the increased welfare to stay afloat,” the expert said.

Culture: a Ukrainian film gets selected into a competition program of the Cannes Film Festival

“Going Home” (“Evge”) film by the Ukrainian Crimean Tatar film director Nariman Aliyev was selected into “Un Certain Regard” competition program (translated from French as “from another point of view”) of the Cannes Film Festival. Last year one of the awards in this acclaimed section – to the best director, went to Ukrainian Serhiy Loznytsia for his film “Donbas”. “Going Home” is a feature-length debut of the 26-year-old film director. In focus is Mustafa, a Crimean Tatar, his two sons move to Kyiv after Crimea was illegally annexed by Russia. After the older son, Nazim, dies, the father goes to Kyiv to bring back home the younger son, Alim, and pay last respects to Nazim in Crimea as traditions have it. The protagonists are played by Crimean Tatar film director and actor Akhtem Seitablayev and a non-professional actor Remzi Bilyalov. Film locations involve Kyiv and southern Ukraine – Mykolayiv and Kherson regions including the picturesque Arabatska Spit and the Syvash lake. “Evge” is produced with the financial support from the state. Nariman Aliyev is a representative of the “new wave” in Ukrainian cinema, his short film “Without You” (“Sensiz”) screened as part of the Generation section at the Berlinale in 2016.