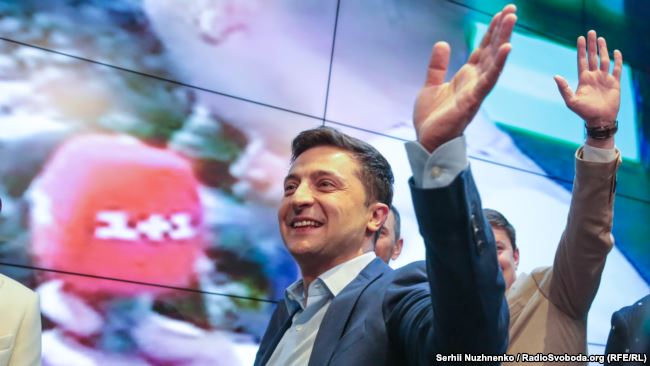 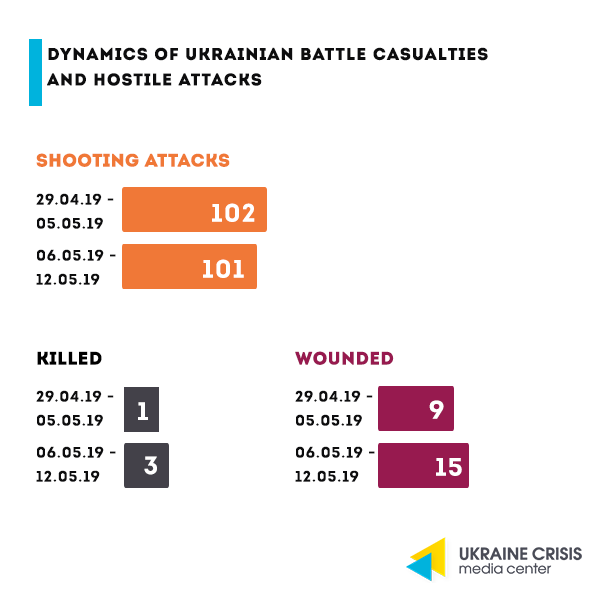 Russia-backed militants fired upon the government-controlled town of Travneve in Donetsk region from hand-held grenade launchers. The attack was a threat to the town’s residents, luckily there were no civilian casualties.

Zelenskyi’s inauguration and the parliamentary elections: what to expect? 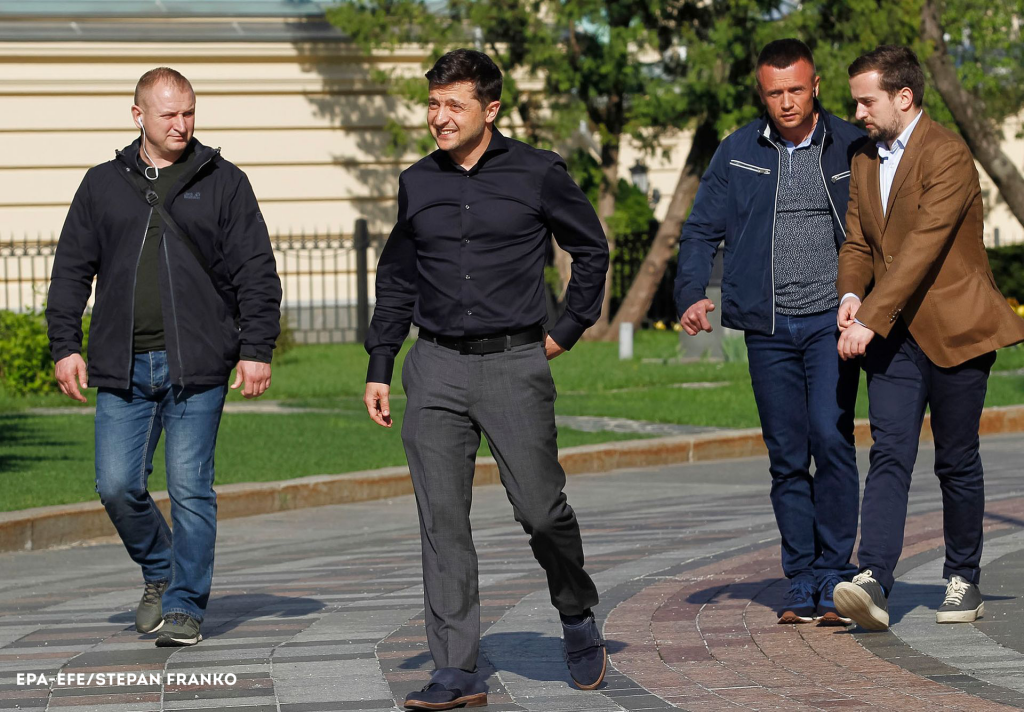 The old parliament vs a new one? Immediately after he is sworn in,President-elect Volodymyr Zelenskyi will have to resolve the priority political issue: what to do with the Parliament? The next parliamentary elections are scheduled for October 27, 2019. Until then Zelenskyi will have to either collaborate with the convocation of the Parliament where he’s got neither the majority of votes, nor a parliamentary group or faction of his, or to kick-start the early election process.

Dates are important. Zelenskyi already said that he would like to have the opportunity to use his right to dissolve the Parliament. He is able to do so until May 27, 2019, as according to the Constitution the Parliament can be dissolved not later than six months before its powers terminate.

It is one more reason why Volodymyr Zelenskyi insists to be sworn in on May 19. Under this scenario the President will have eight days to sign the decree dissolving the Parliament. In a video address Zelenskyi called upon the MPs to cast their votes for the inaugural ceremony to happen on May 19.

Are there any grounds to dissolve the Parliament and call early elections? The law stipulates the preconditions for early parliamentary elections. Advisor to Zelenskyi Dmytro Razumkov said that absence of the coalition in the Parliament may be the ground for such a decision.

As to the coalition in the actual convocation of the Parliament, the formal majority in the Verkhovna Rada is made up of the factions Petro Poroshenko Bloc (BPP) and “Narodnyi Front” (People’s Front) – the two factions left of the five that in 2014 formed the coalition of national unity. In April 2016 when the Parliament voted in the government of Volodymyr Hroysman, BPP and “Narodnyi Front” numbered 277 MPs out of the total 450, which is the minimum required number.

Since then each of the factions has been shrinking, they now comprise a total of 215 lawmakers. Nevertheless it does not impede the Parliament to be adopting laws thanks to ad-hoc support by independent MPs.

Crimea through the lens of Russian media: a research 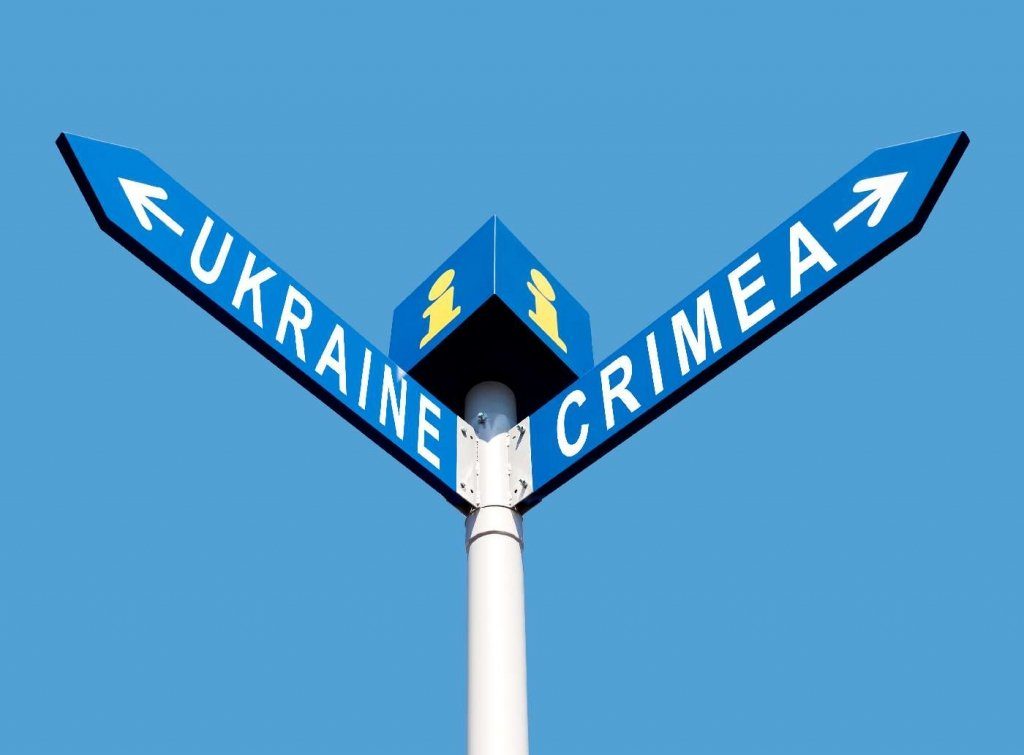 Five years after the annexation of Crimea Russian media keep using each and every opportunity to remind to domestic and international audience that Crimea is now Russian. Ukraine’s Institute of Mass Information analyzed the news feeds of the key Russian media to see the context in which the occupied Crimea is mentioned.

In contrast to the news on Ukraine, Crimea is doing fine because it is “Russian”.

The analysis demonstrated that most news pieces – 33 per cent, are dedicated to the so-called “improvement”, to the news on how the welfare of Crimeans is increasing, the number of tourists is growing and the territory is reviving. Second most widespread group of news pieces is the “Crimea Is Ours” news (16,5 per cent) – the news in which public officials or politicians emphasize that “Crimea is Ours” or this information is in the background of the news piece.

Third largest group comprises local news (14,7 per cent). The fourth most frequently mentioned type of news are the news pieces on Zelenskyi (13,8 per cent).

In course of the survey experts monitored top five news web sites as suggested by Liveinternet.ru:  RIA Novosti, Komsomolskaya Pravda, Gazeta.ru, Izvestia and Lenta.ru. They analyzed a total of 109 news pieces published between April 22 and 26, 2019 mentioning the occupied Crimea.

Kremlin’s prisoners: five years since Oleg Sentsov is behind bars 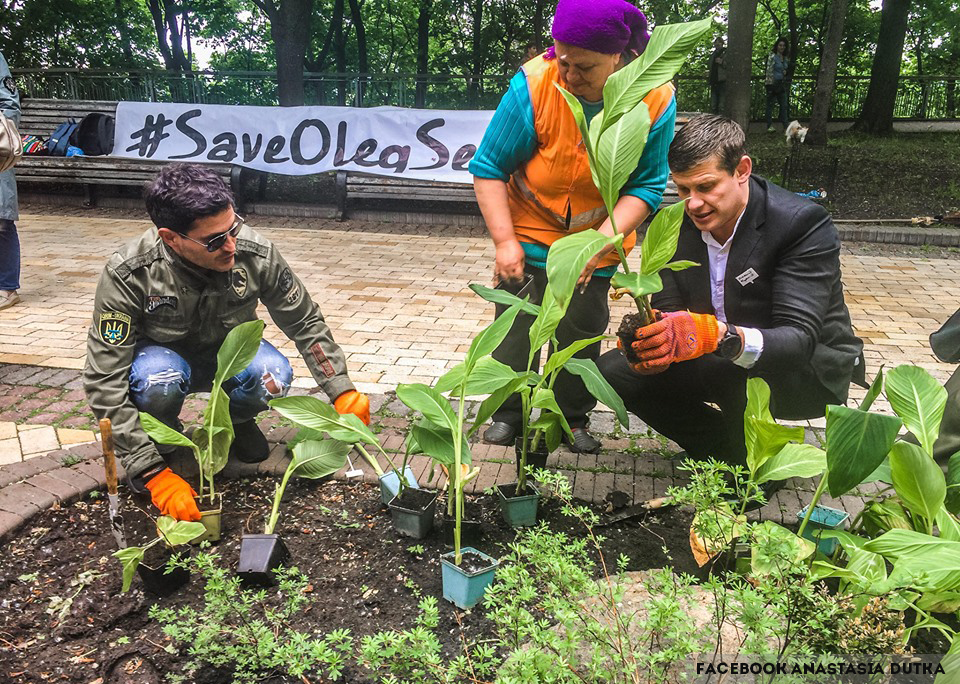 Five years ago, on May 10 Ukrainian film director Oleg Sentsov was arrested in the occupied Crimea. In August 2015 the Russian court sentenced him to 20 years in a maximum security prison under the fabricated charges of terrorism. Oleg is now in a penal colony in Labytnangi, in Russia’s North. Filmmakers and human rights defenders organized an event in Kyiv to manifest their support to the film director as well as to other Ukrainians, Kremlin’s prisoners. In one of Kyiv parks activists planted flowers under the motto “Plant flowers, don’t jail people”. There are also two documentaries on Sentsov’s case available online: “The Trial” by Russian film director Askold Kurov (subtitled in English) and “From Crimea to Siberia: How Russia is Tormenting Political Prisoners Sentsov and Kolchenko” by Ukraine’s Hromadske TV with English voice over.

The case of Ukrainian sailors in the International Tribunal 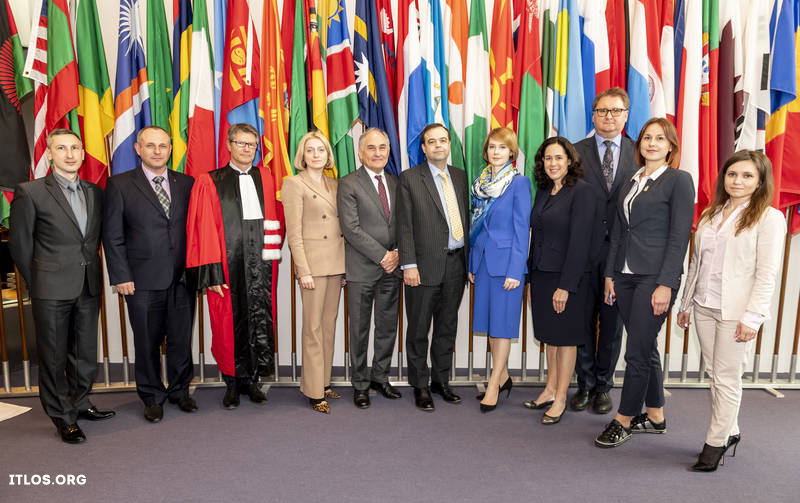 On May 10 the Hamburg-based International Tribunal for the Law of the Sea considered the lawsuit re Ukrainian sailors captured in the Kerch Strait that Ukraine filed against Russia. The Russian Federation refused to take part in the hearings and stated that the Tribunal has no jurisdiction to consider the case. Meanwhile Russia’s no-show did not stop the hearing.

Ukraine was represented by a delegation headed by the Deputy Foreign Affairs Minister Olena Zerkal.

The lawsuit. The lawsuit states that the dispute between the countries started after Ukrainian naval ships and their crews were illegally captured on November 25 as they were returning to Odesa after an unsuccessful attempt to cross the Kerch Strait.

Ukraine’s Deputy Minister of Foreign Affairs Olena Zerkal noted that Russia violated the main principle of the warships’ immunity guaranteed by the UN Convention on the Law of the Sea. She emphasized that the naval ships “Berdyansk”, “Nikopol” and “Yany Kapu” were detained in Ukraine’s territorial waters. Russia’s actions would have violated the Convention even the theatre of events had been the Russian territorial waters, as warships and their crews cannot be subject to arrest by foreign law enforcement or jurisdiction of foreign courts. Nevertheless Ukrainian sailors are being tried in the Russian Federation and are held arrested in the Moscow pretrial detention center Lefortovo.

What is the position of Russia? Russia emphasizes that Tribunal’s decisions are not legally binding as Ukraine’s actions in the Kerch Strait should be qualified as combat actions. Russian lawyer Nikolay Polozov, advisor to the Ukrainian delegation and coordinator of the defense of all Ukrainian sailors, explains that in such a way Russia is demonstrating double standards speaking of combat actions in the Tribunal on the one hand and denying it by not recognizing Ukrainian sailors prisoners of war on the other hand.

What the Tribunal’s decision can mean to Russia and Ukraine?In the past the Tribunal held hearings and decided on temporary measures in the cases against the Russian Federation, even though the state’s representatives were not present. The most similar one is the case of “Arctic Sunrise”, a Dutch vessel aboard of which Greenpeace activists held a protest near the Russian drilling platform in the Pechora Sea. The Russian coastal guard arrested the vessel, its crew and all the passengers. Back then the Russian Federation neither took part in the Tribunals’ hearings, nor adhered to its decisions. However later Russia released all the arrested activists and paid several million euro in compensation to the Dutch government.

With its decision the Tribunal can bind the Russian authorities to immediately pass the seized vessels and captured sailors to Ukraine. Russia’s refusal may result in a political and economic response by Ukraine’s western allies. The Tribunal will announce its interim decision on the Kerch conflict on May 25.

The Immortal Regiment: how Kremlin instrumentalizes WW2 for propaganda purposes 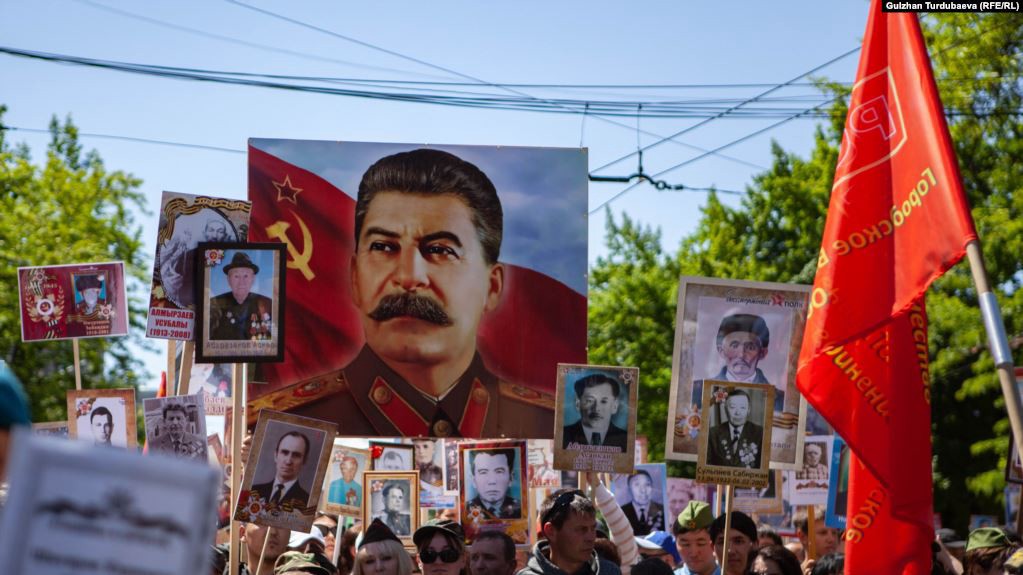 The Immortal Regiment is an annual event at which Russians — and not only them — commemorate the relatives who fought in the Great Patriotic War, 1941–1945. The tradition that includes marching with the portraits of the fallen and those who survived the hostilities started in 2011 in the Russian city of Tomsk with “The Immortal Regiment” civic initiative, non-profitable and non-governmental. Considering that the countries of the former Soviet Union suffered the heaviest losses in WWII — the death toll reached 27 million — the initial desire to preserve the memory of these events is understandable. However, what started as a civic action transformed into a tool of influence and a part of “defeating fascism”political franchise, heavily employed by the Russian government in its internal and external policies, after authorities took control over the initiative.