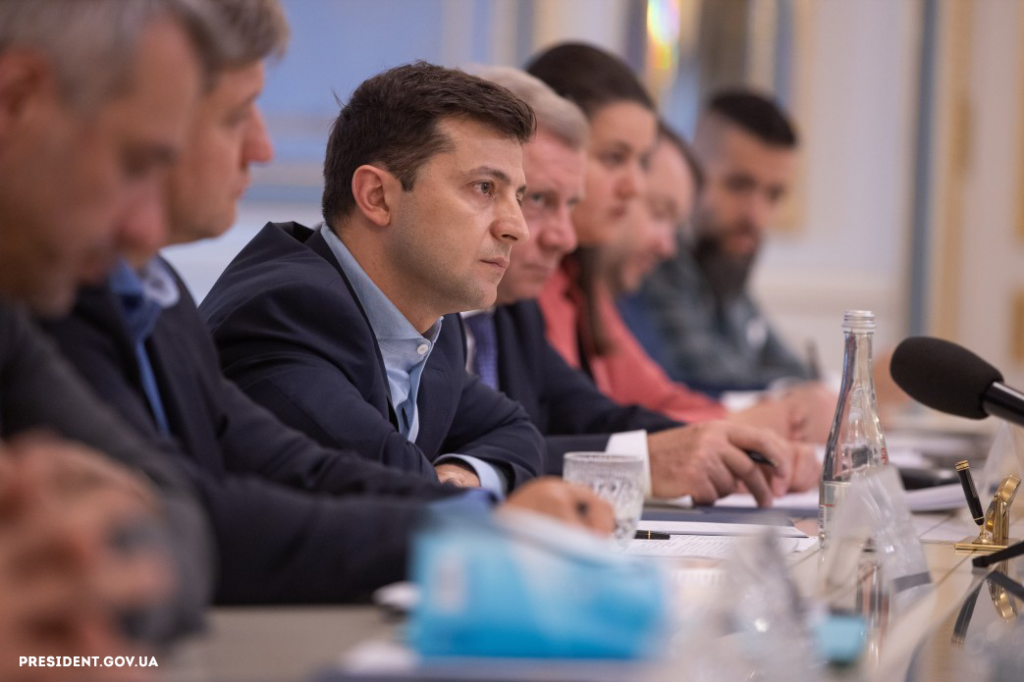 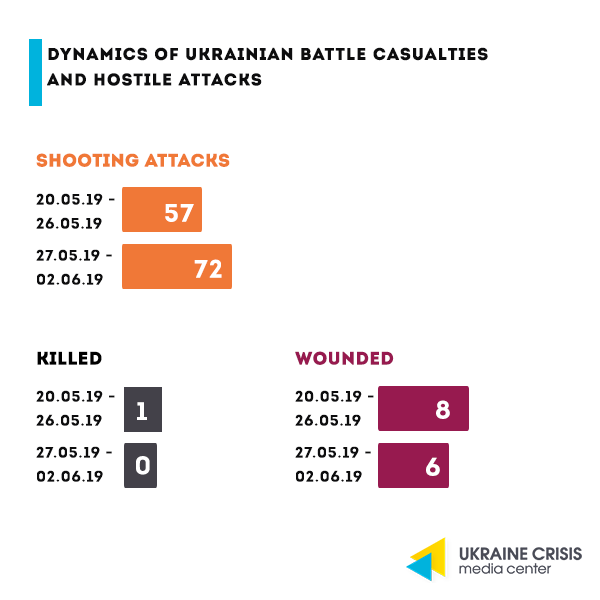 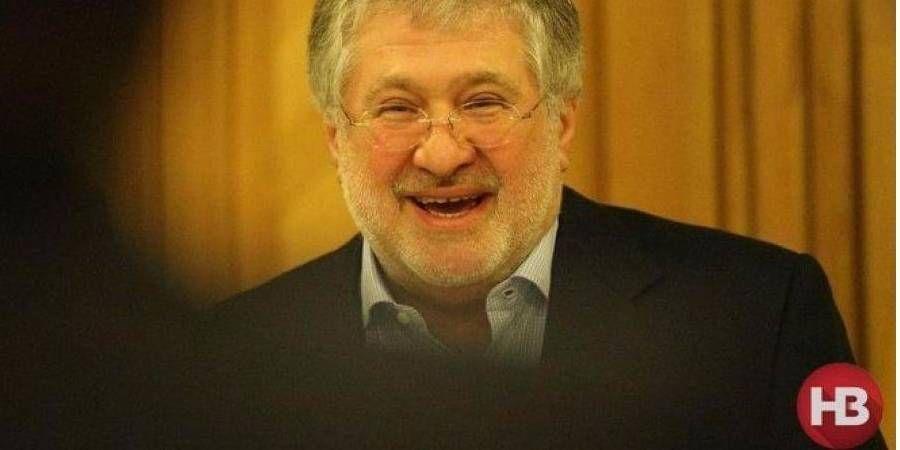 IMF. On May 29 a mission of the International Monetary Fund in Ukraine concluded its visit started on May 21. The decision to disburse the second tranche within the Stand-By Arrangement has not been made. The IMF Mission Chief for Ukraine Ron van Rooden said that the mission had fruitful negotiations with Ukrainian authorities. He said they stand ready “to return to Kyiv to continue discussions after the forthcoming parliamentary elections as soon as a new government has clarified its policy intentions.”

Prime Minister Volodymyr Hroysman stated that the International Monetary Fund claimed ready to continue the cooperation with Ukraine. “We expect a seriously updated program. The program that we are implementing now is optimal and efficient, but the elections stopped us. Nevertheless we are interacting in full,” Prime Minister Hroysman said.

According to the forecast by J.P. Morgan, the actual program will be cancelled and substituted with a new one. Analysts emphasized the increased uncertainty of the timeframe. Moody’s forecasts that Ukraine may get the second tranche with a three-month delay. It will not deteriorate the country’s ability to service its external debt.

Default, Kolomoyskyi says. In his interview to the Financial Times oligarch Ihor Kolomoyskyi called to default. The statement became one of the reasons for Ukraine’s Eurobond prices to go down and for the national currency to weaken. Bank of America Merrill Lynch analysts said that a statement by President Zelenskyi on clear intentions to keep servicing the external debt would calm the investors, but he never commented on that. Head of the National Security and Defense Council, former Finance Ministry chief Oleksandr Danylyuk emphasized that Ukraine not sticking to its debt commitments is a “road to nowhere” that would undermine the trust to the country. He reassured that such decisions are not even considered. Head of “Sluha Narodu” (Servant of People) party Dmytro Razumkov said that “in today’s circumstances it is a low-efficient way that Ukraine is unlikely to undertake.” Financial experts say the Ukraine can service its external debt and there is no need to default.

What’s banned? Kremlin’s ban comprises two lists. Exports from the first list are to be banned completely, while the products in the second list can be exported if licensed by the Russian Ministry of Economy. It actually introduces additional licensing. Thus, Russia has banned exporting crude oil and oil products to Ukraine as well as bitumen and other materials for road surface production.

Coal, gasoline, diesel fuel and liquefied natural gas are not subject to the ban. To export them a special license needs to be issued by the Russian Ministry of Economy.

How dependent on these supplies is Ukraine? According to Upeco company, Russia holds a considerable share in fuel supplies to Ukraine – 33 per cent. Ukraine’s domestic production covers 17 per cent of the oil product market, exports from Belarus cover 32 more per cent, exports from Lithuania – seven per cent, 11 per cent more come from other sources.

Ukraine does not import oil or gasoline from Russia that are part of the sanction list. The situation with the diesel fuel and liquefied gas is different.

It may hurt Ukraine should the problems with diesel fuel supplies arise. The difficulties may come if the Russian Ministry of Economy refuses to issue the licenses.

Will getting a license be problematic? Ukraine gets almost all of its diesel fuel from Russia’s “Rosneft” company that is partially state-owned. It is unclear at the moment how the situation will be unfolding. Yet it is clear that Russia expects that the Ukrainian fuel market will be destabilized with unmotivated demand, increase of prices from possible supply delays or manipulations of the market players.

Comment by the Head of the National Security and Defense Council of Ukraine. The restrictions on exports of oil and oil products to Ukraine effective June 1 that were introduced by Russia, may become a serious threat to the country, so that businesses need to get ready to diversify its supplies, said Head of the National Security and Defense Council Oleksandr Danylyuk speaking to the media on Friday. “There are problems stemming from the restrictions imposed by the Russian Federation coming into effect on June 1. It may possibly create serious threats to the country and we need to be prepared. Supplies of diesel, lubes and oil may possibly be restricted. These are all the challenges that we need to find a response to,” Danylyuk said.

Announcements made by the circle of close associates to the newly elected President of Ukraine raise more and more red flags. One of the latest among them is evidenced by the interview Ukrainian NGO “Detector media” had with Borys Shefir, a co-owner of “Kvartal 95”company, previously founded by the new President, a business partner and a close personal friend to Zelensky.
In his interview Mr Shefir expressed several points that might be considered disturbing, given the close personal connection to the new Head of state. In particular, he has expressed strong hopes for cancellation of language quotas to produce more media-content in Russian language — and then to export it to the Russian Federation. War with Russia, unleashed due to the aggressive policy of Moscow, occupation of Crimea and several regions of eastern Ukraine, then comes as a natural obstacle for the company that has direct ties to the President.More here (English)  https://medium.com/@hwagaucmc/comment-on-the-interview-with-b-shefir-a-co-owner-of-presidential-kvartal-95-776c799034d8?fbclid=IwAR0wSoxha9FWPLdBjCusMA5sIqEqiC22G0bjQ1-dWYHucgfOY-2iNiU54fg 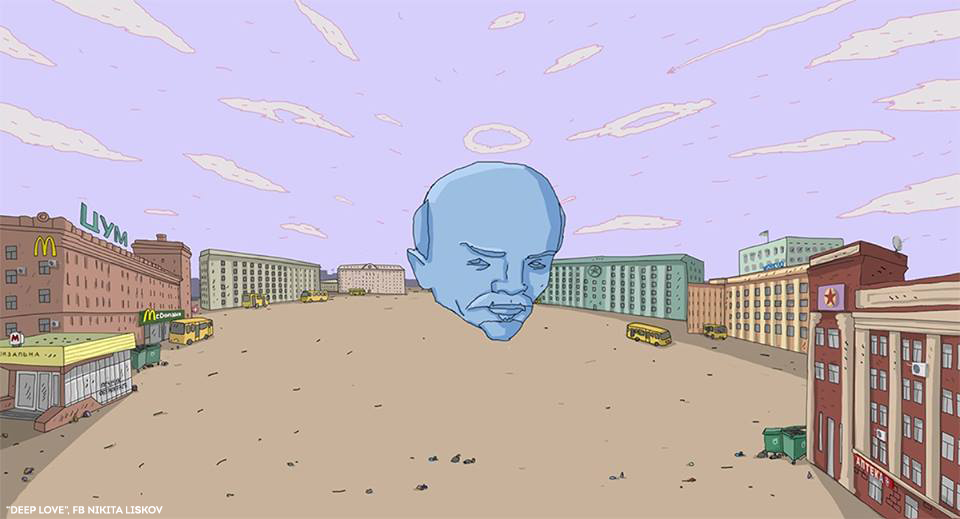 Three Ukrainian short films were awarded in the National Competition of the 48thMolodist Kyiv International Film Festival. Molodist has been a takeoff platform for filmmakers as its main competition focus is on student films and first films of both short and feature length. The festival’s national competition is often a snapshot of the moods, themes and artistic expression tools in today’s Ukrainian cinema.

This year the section’s main prize went to “In Joy” by Maryna Roshchyna, trailer. This urban modern-day story of a young woman oscillating between her son and her new love impressed the jury with “the relation between the camera, director and the subject which is very sensitive”.

The jury also handed out a special mention to the animated film “Deep Love” by Mykyta Lyskov (trailer) that in a week will run in the competition of the Annecy International Animation Film Festival in France. It is the first time that a Ukrainian film was selected into the competition program of the festival that is thought to be one of the key animation events in Europe. “Deep Love” in Annecy, screening schedule.

Another special mention went to the documentary “Facade Colour: Blue” by Oleksiy Radynskyi that captures the struggle to preserve the modernist building of the “Kyiv Flying Saucer” (Tarilka) that the city’s community and the architect Florian Yuriyev are undertaking against a construction developer. The film touches the nerve as last year alone two historic cinema houses were shut down in Kyiv despite the community disagreeing, and the future of “Kyiv” cinema – this year’s festival center, still remains unknown.