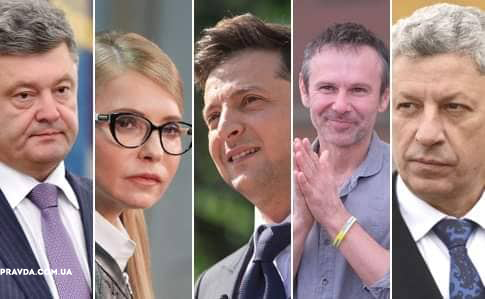 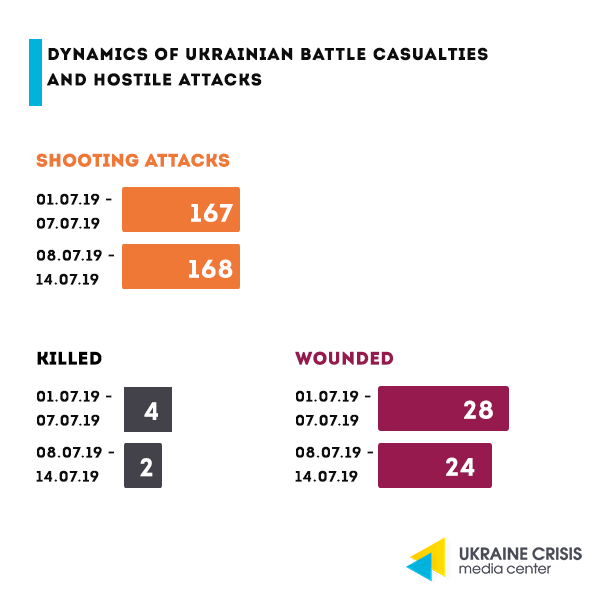 Civilian casualty. In the evening of July 11 Russian proxies were firing for 20 minutes upon the residential blocks of Maryinka – a near front town, from an infantry fighting vehicle. On the same day at about 21:00 a Ukrainian citizen (birth year 1970) was wounded in Chermalyk in a hostile artillery attack. He was then taken to hospital but died of the wounds incurred.

Using a civilian to discover firing positions. On July 13 Russia-backed militants forced a civilian to walk across the mined area, reports the press center of Ukraine’s Joint Forces Operation. Militants used threatened a resident of Donetsk (born in 1949) to make him walk across the area that they had mined towards the Ukrainian army positions. Their intention was to discover the system of firing positions at the Ukrainian strongholds, Joint Forces proceed. The civilian did not incur casualties and was let pass to the Ukraine-controlled military positions. 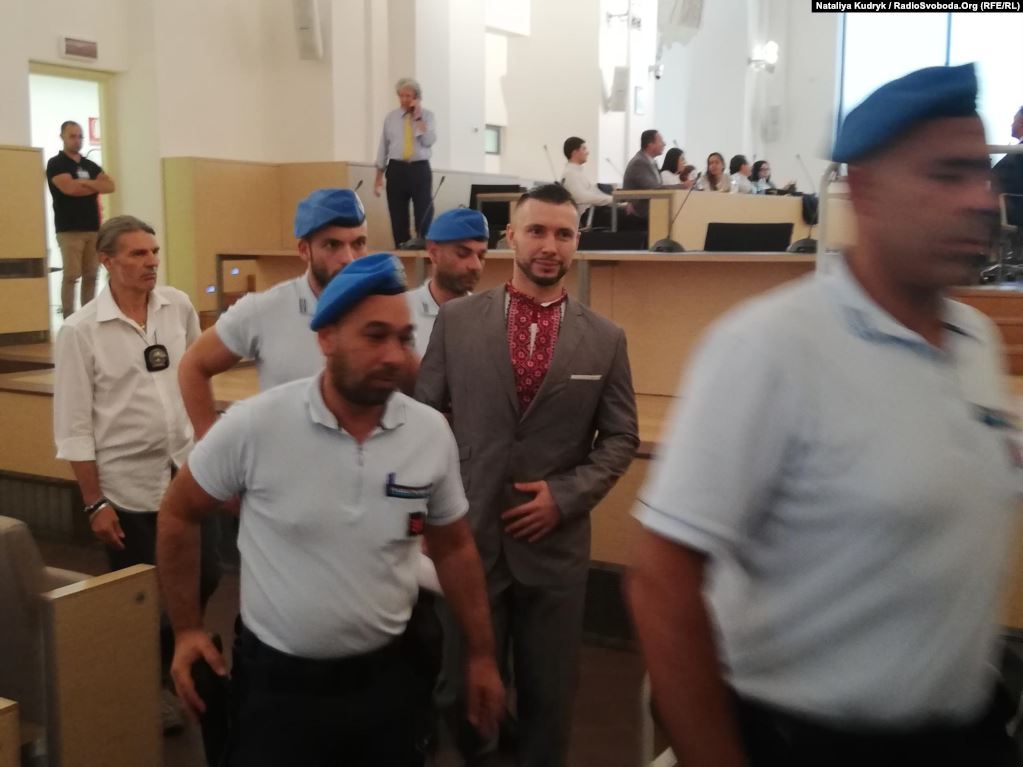 On July 12 the court of Pavia in Italy found Ukrainian serviceman of the National Guard Vitaliy Markiv guilty of involvement in the premeditated murder of Italian photojournalist Andrea Rocchelli in Donbas in 2014 and sentenced him to 24 years in prison. Markiv has dual Italian-Ukrainian citizenship, he was arrested on entry to Italy in June 2017. The trial lasted for about a year.

The sentence to Vitaliy Markiv came as a shock to Ukrainians, both the defense and the prosecution consider it to be unexpected and extremely severe. A more detailed explanation will come with the motivation of the decision that the court will issue in the next 90 days.

According to the prosecution, senior sergeant of the National Guard of Ukraine Vitaliy Markiv did not commit the murder but informed the National Guard command about the movement of civilians near the factory “Zeus Ceramica” at the foot of the Karachun hill. They then contacted the Armed Forces of Ukraine who mortared the foreign journalists. The accusation is largely based on the article by Italian journalist Ilaria Morani for “Corriere della Sera” that is not completely accurate and has no supporting records, and on the testimony by the French journalist Willian Rougelon that contains assumptions and mixes facts.

“Not a single proof of the soldier’s guilt was found. The decision of the court in Pavia brings disbelief in Italian justice,” said Markiv’s lawyer Raffaele Della Valle in his comment to Radio Liberty. The sentence was unexpected for the prosecutor Andrea Zanoncelli as well, he was initially asking for 17 years of imprisonment for Markiv.

Public opinion sided with prosecution?Throughout the trial there were frequent cases when Italian media covered the trial in an unbalanced and unethical manner – calling the defendant “the murderer”, referring to some representatives of the Ukrainian community (majority of whom are women in embroidered shirts as is visible on photos) as “skinheads” hinting on their far-right moods, showing indignation with the “Glory to Ukraine!” (Slava Ukrayni!) greeting. Radio Liberty quotes Ukrainians who were in the courtroom throughout the trial, saying that the prosecutor and the lawyer of the Rocchelli family Alessandra Ballerini were making some appeals or questions in try to present in negative light not just the defendant himself but also the National Guard command and the state of Ukraine: “Italy convicted not only Markiv, Italy convicted Ukraine,” they noted.

Shortly after the sentence was issued the President of Ukraine Volodymyr Zelenskyi tasked the Foreign Affairs Ministry and the Office of the Prosecutor General to make each and every effort to immediately return Vitaliy Markiv back in Ukraine.

The appeal. Markiv’s defence lawyers declared their firm intention to present an appeal. It will become possible after the court of Pavia will release the motivational part of the sentence. The law then foresees a month-and-a-half term to draft and file the appeal. The court decision will be considered by the Court of Appeal in Milan. According to the lawyers, the decision may be issued already in spring 2020. 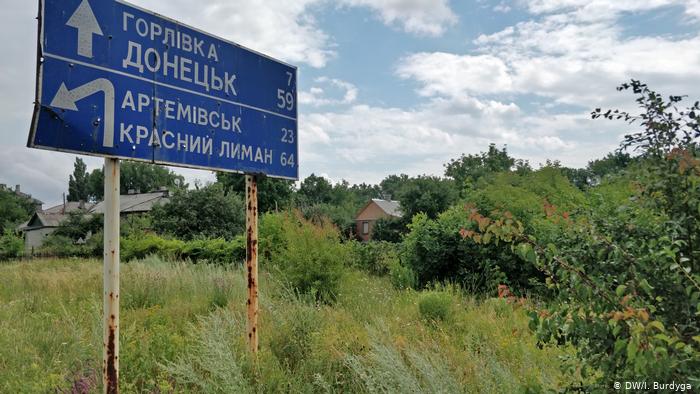 The German side said the negotiations were based on the latest positive developments in eastern Ukraine. Meeting participants were designing further steps for implementation of the Minsk agreements that first of all include ceasefire, dpa agency says.

One week ahead of parliamentary elections: things to know

Six thousand candidates compete for 424 parliamentary seats. MPs will be elected through allocations to party lists as well as in majoritarian districts. Twenty two parties run for parliamentary seats. Opinion polling organizations say only five of them will overcome the five-per-cent election threshold.

“Servant of People”. While it is unlikely that the “Servant of People” (Sluha Narodu) party will repeat the extraordinary result of its candidate Volodymyr Zelenskyi demonstrated at the presidential elections, the party has serious expectations of getting their own majority. It is quite a realistic scenario, given that around 100 MPs elected in majoritarian constituencies can be added to 130-140 MPs (47 per cent) elected through party lists.

Key statements of the party’s program include: implementation of the EU-Ukraine Association Agreement, expansion of cooperation with the EU and NATO, information reintegration of the occupied territories, increase of military expenditures up to five per cent of the GDP.

“Opposition Platform” of Viktor Medvedchuk. Viktor Medvedchuk on the post of the Deputy Head of the Parliament is a realistic scenario for the Verkhovna Rada (Ukraine’s Parliament) of the 9thconvocation. All opinion polls show that “Opposition Platform – For Life” (Opozytsiyna Platforma – Za Zhyttia) will get over 10 per cent of votes and thus up to 40 seats in the Parliament taking up the role of main oppositionists. Their principal hope are the voters longing for friendship with Russia. Last week, the party members went to Moscow to negotiate cooperation, same as they did back in March.

Their main threat is another part of the “Opposition Bloc” headed by Murayev and Vilkul who will “bite off” some percentage.

Their program foresees: the return to multiple directions in foreign policy, restarting trade with Russia, settlement of the conflict in Donbas through a “dialogue”, revocation of the laws on the state language, decommunization and lustration.

“European Solidarity” of Petro Poroshenko. The renewed party of the former President Petro Poroshenko is getting eight-nine per cent of votes. The party moved its notorious members like Kononenko to majoritarian constituencies where they campaign as candidates, held online primaries but disregarded their results when forming the list, added “fresh blood” – volunteers, officials responsible for European integration and military.

Part of the “People’s Front” (Narodnyi Front) party including the groups of the Parliamentary Head Andriy Parubiy and of the former Head of Security and Defense Council Oleksandr Turchynov, joined the party. It is most likely that “European Solidarity” (Yevropeiska Solidarnist) will be competing with “Opposition Platform – For Life” over the status of the chief oppositionist to the pro-presidential majority in the Parliament.

The program’s key aspects are: application for EU membership and the NATO membership action plan, sanctions against Russia and strong army, gender equality and education to enhance national consciousness and patriotism.

“Holos” of Sviatoslav Vakarchuk. In the beginning of 2019 Sviatoslav Vakarchuk was not ready to campaign for President but was actively selecting people for his political force that was not yet announced at the time. The leader of “Holos” (Voice) promised the voters a party and policies of new quality – no links to Russia or pro-Russian forces, no influence by the oligarchs and professionalism. Over six per cent of Ukrainians are ready to cast their votes for the party.

“Batkivshyna” of Yulia Tymoshenko. Yulia Tymoshenko changed the first top three positions in the party list, she is number one in the list and is followed by MP and businessman Serhiy Taruta and former head of the Security Service Valentyn Nalyvaichenko. Rest of the list – candidates that are likely to get seats in the Parliament are well-known. The campaign presents the party in a conservative way and sends the message saying: choose your next Prime Minister. To benefit from popularity of the green color (the color of the “Servant of People” party) the party’s advertising materials also have it on the side suggesting that the experienced head of the government will back the President-beginner.

Yulia Tymoshenko was least categorical about renewing her party’s list, so it mostly contains well-known faces.