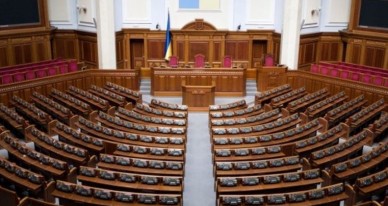 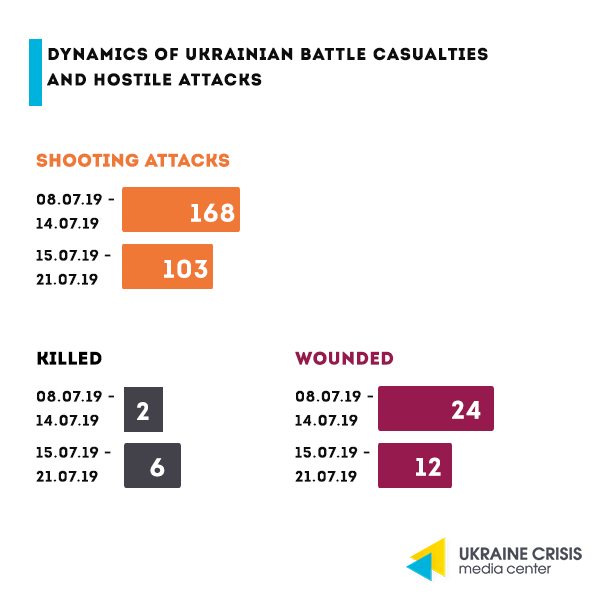 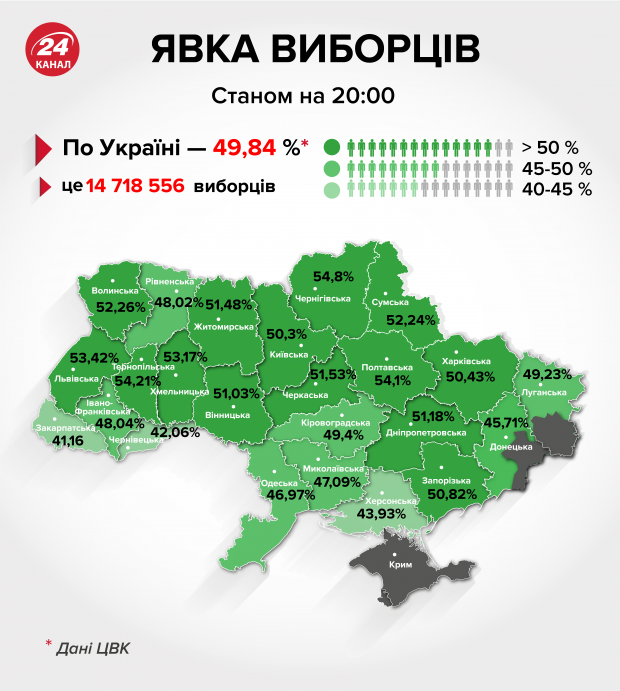 The results based on 75,22 % processed protocols of election commissions show that five parties make it into Verkhovna Rada (the Parliament): “Servant of People” (Sluha narodu) – 42,76 per cent; “Opposition Platform – For Life” (Opozytsiyna platforma – Za zhyttia) – 13 per cent; “European Solidarity” (Yevropeiska solidarnist) – 8,07 per cent, “Batkivshyna” (Fatherland) – 8,07 per cent and “Holos” (Voice) – 6,14 per cent.

“Servant of People” also took the lead in 106 out of the total 223 majoritarian (multi-member) constituencies.

Single-party majority in the Parliament?

These are historic results: it is the first time in Ukraine’s modern-day history as an independent state that a party gets single-party majority in the Parliament. It also means that the new President and his party get exclusive responsibility over developments in the country. There are political risks of having the power usurped but there is also a possibility to quickly implement the reforms vowed by the political force.

At a press briefing on Monday, July 22, head of the “Servant of People” party Dmytro Razumkov said that it is quite possible that the political force may not need to ally with other parties. “In Rada we will be able to cooperate with all political forces that share the same ideology as ours, the same basic vision of our country’s development,” Razumkov said.

Who will form the government?

“Let’s take a look at the results of ‘Holos’ and of ‘Servant of People’. I think we have enough people in our team who can respond to the challenges in the country. We have two-three candidates for each post,” the politician said.

Who will be in the opposition?

It is possible that the opposition in the Parliament of the ninth convocation will be diverse and multi-vector by orientation. On the one hand there is pro-Russian force “Opposition Platform – For Life”, on the other – pro-European forces including Petro Poroshenko’s “European Solidarity” and, possibly, “Batkivshyna” and “Holos”. It may well be expected that “Holos” and “Batkivshyna” will have possibilities for ad-hoc cooperation or joint voting with “Servant of People” while “European Solidarity” will stay in the opposition. The situation of having two diverse opposition forces in the Parliament is also unprecedented.

When will new authorities start?

When will the official results be released? Within 15 days the Central Election Commission will process all 100 per cent of votes casted both through party lists and in majoritarian constituencies.

The vote count will have been finalized by August 5. Final election results will be announced then.

The Central Election Commission will then have five more days – until August 10 at the latest, to officially release the election results by publishing them in official governmental newspapers “Governmental Courier” (Uryadovyi kuryer”) and “The Voice of Ukraine” (Holos Ukrainy). Full list of all elected MPs is supposed to be released there in alphabetical order.

At the latest on September 9 the MPs will be able to make their first decisions and adopt their resolutions as well as start negotiating on forming the coalition.

When will the coalition be formed if at all? According to the Constitution it is the coalition that forms the government. The MPs have one month to negotiate the coalition starting from the day when the first Rada sitting takes place and when the oath is taken. The coalition is supposed to have been formed by October 9, 2019 at the latest.

When will the new government take office? According to the Constitution the coalition (or the faction that holds the majority) has to suggest to the President their candidate to the Prime Minister’s post. The coalition also suggests the candidates to ministers’ posts except for the Defense and Foreign Affairs Ministers appointed by the President.

The President has to introduce to the Parliament a candidate to the Prime Minister’s post (previously listed by the coalition), as well as candidates to the posts of the Foreign Affairs and Defense Ministers. The newly appointed Prime Minister then suggests rest of the ministers for parliamentary approval.

At the latest Rada will start working in September, the government will take office in October. At the same time President Zelenskyi and representatives of his political force “Servant of People” stated that they plan holding the first parliamentary sitting already on Ukraine’s Independence Day on August 24.