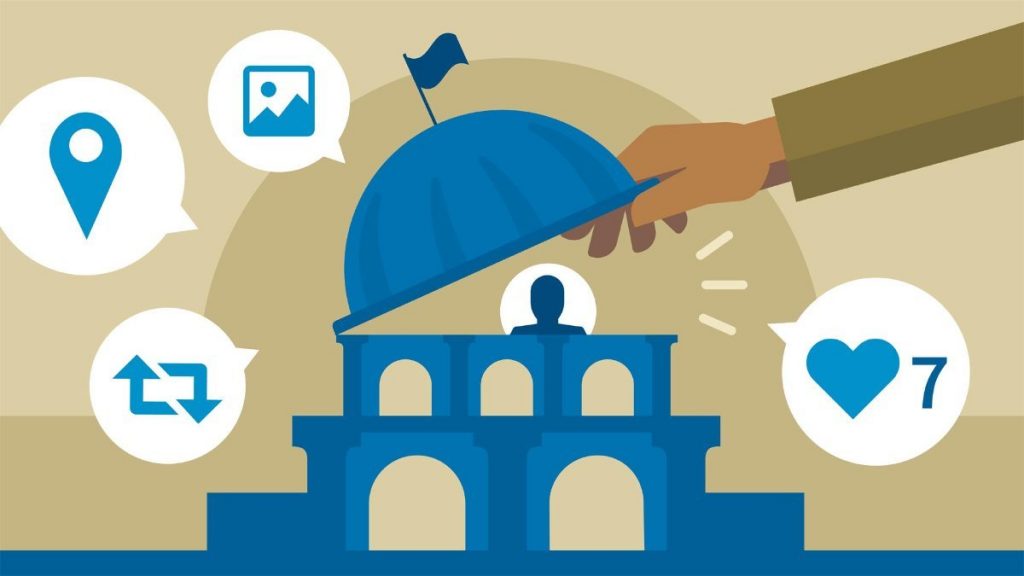 Both Ukrainian and the global media are undergoing a period of deep transformation. Social networks take on an information (sometimes misinformation) function, traditional media defend their independence from oligarchic influence with varying degrees of success, and the new government, led by the new President Zelenskyy, calls into question the need for a “fourth power” in the age of new technologies. The new president and his political force say they can communicate directly with society without intermediaries.

Read more about the changes, the main trends and risks of this attitude in the UCMC material.

The journalism-government relations in Ukraine have never been optimistic. Ukraine’s contemporary history began with the murder of independent journalist Georgiy Gongadze. Most television channels are still controlled by oligarchic groups. However, over the past 15 years, the media environment has been evolving: newsrooms are striving for editorial policy independence from the interests of media owners, independent media are emerging, and the new law requires the media owners’ names to be made public. Meanwhile, the changing political landscape in the country after the 2019 presidential and parliamentary elections has led to a change in the nature of thegovernment-media relations. What are they?

The changing political situation in Ukraine was preceded by a long electoral struggle, during which the future President Volodymyr Zelenskyy chose a strategy of “direct” communication with the voter. He gave almost no interviewsto Ukrainian media, but instead communicated with the public through social media: Facebook and Instagram. The most popular was video format.

This strategy proved to be electorally successful: it was the absence of sensitive and inconvenient questions from journalists and experts that made it possible for an inexperienced politician to formulate his messages in a comfortable format of monologues rather than dialogues.

The new political team has repeatedly insisted that it “used almost no television” in its campaign. This is only partly true, because the Zelenskyy phenomenon emerged due to television which made him 100% recognizable and popular. It is known that a lot of entertaining programswithZelenskyy were broadcast bythe “1 + 1″channel during the election, even during theelection silence. The history of candidate Zelenskyy’s relationship with the “1 + 1″TV channel shows that he uses the television resource and has an obvious support of thechannel owner, oligarch Ihor Kolomoiskyi.

For example, on April 17, 2019, the National Council sent information to the CEC on violations, as Zelenskyy accounted for 14% of the total “1 + 1″broadcasts in the past three months. The 1 + 1 Media Group denied this information.

An interview to a tennis winner

Another innovation in the government-media relations is that the media cannot count on comments except in cases of situational luck. You remember that Zelenskyy gave his first exclusive interview to Ukrainian journalists between the two rounds of the presidential election not to respond to a journalist request but because he had lost a tennis match to RBC-Ukraine journalist Vlad Krasinskyi at election headquarters on the night of the first election round.

“Professional journalists may need to prepare for competitions, flash mobs, tennis tables, where the can win an interview with Zelenskyy,” Oksana Romanyuk from the Mass Media Institute wrote ironically in April 2019.

“I owe you nothing!”

Back in January 2019, “Scheme”reporters produced material about Zelenskyy’s film business in Russia, which according to Zelenskyy,hadbeenclosed at the beginning of the Russian-Ukrainian war.

The journalist wanted to ask Zelenskyyabout it, but the comedian reacted violently and did not answer.“Let’s make an appointment, why don’t you want to meet like normal people, normal journalists?” Zelenskyy said. After the journalist continued to insist on a 2-minute interview, Volodymyr Zelenskyy replied “I owe you nothing. I owe only to my parents. I don’t like the format of your conversation.”

This remark became scandalous: it testified to the politician’s attitude to the media. He does not consider it necessary to explain his actions to the “fourth power”. Following his election, President Zelenskyy has held several briefings where “there is no provision for questions.”

Fake news from the President’s Office

In early August, the Ukrainian media spread the information about the resignation of the head of the President’s Office Andriy Bohdan and the photo of his resignation letter written by hand. However, it turned out that Bohdan would not resign. It was Kyrylo Tymoshenko, deputy chairman of the President’s Office (responsible for information policy) who had spread the fake news.

A large number of Ukrainian media made this information public because they believedthe source was reliable. The refutalof the report on resignation was a blow to the reputation of the mediapranked by the President’s  Office. Journalists took this  fake leakas a challenge from the authorities, as a move aimed at discrediting the media with the public. This has an effect of undermining credibility to journalists and their sources inthepowerstructures.

Shortly afterwards, head of the President’s Office Andriy Bohdan, when asked about the incident by a journalist of Radio Svoboda, noted that Zelenskyy’s presidential campaign had proved that they did not need journalists as mediators to speak to people.

He believes that “classical journalists” got used to perceiving themselves as society. “But as our election campaign has proven, we communicate with society without mediators, without journalists,” he said.

Recently, deputy from the “Servant of the People” Maxym Buzhansky has found himself at the center of media scandal. In his “Telegram” post he called Olha Dukhnich, journalist of “Novoye Vremya,” “stupid sheep.” Before that, in her interview with Dmytro Razumkov, Dukhnich wrote that “Buzhansky is nostalgic for the USSR and the time of Viktor Yanukovych.”

In social media Buzhansky is known as a consistent opponent of the Maidan and post-Maidan power.

“It doesn’t really matter what the Maidan was: a revolution, as you euphemistically call it so far, or a coup (it’s clear even to a blind man). We are still living with what happened, all together … Police, medicine, education have been ruined, and much more things, which I do not mention to spare your feelings… You ‘ve got them on your conscience,” he wrote in 2017.

“Yanukovych was a worthless president, but a legally elected one. But still, he was better than the one we have now. We should have voted him out in a scheduled or snap election. If there was no other candidate, then we should have waited for five more years,” he noted. In his interview to “Strana.ua” he said that “the only result of the Maidan is the legalization of Nazism.”

Later, the Servant of the People party published their reaction to Buzhansky’s statement on the “Novoye Vremya” journalist.

Servant of the People Party members condemned comments made by Buzhansky and apologized to the journalist, noting that Buzhansky’s words “though excessive and not ethical, were quite understandable as a response to the value judgments regarding personal feelings that the elected deputy allegedly has for the USSR and certain Ukrainian politicians.”

Therefore, the “Servant of the People” asked the journalists to refrain from “such value judgments,since they further contribute to labeling and biased attitudes towards politicians,” the party said on Facebook.