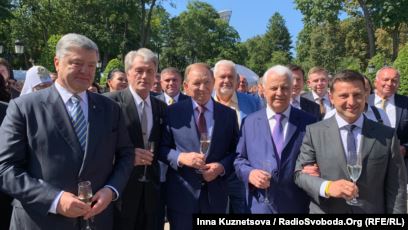 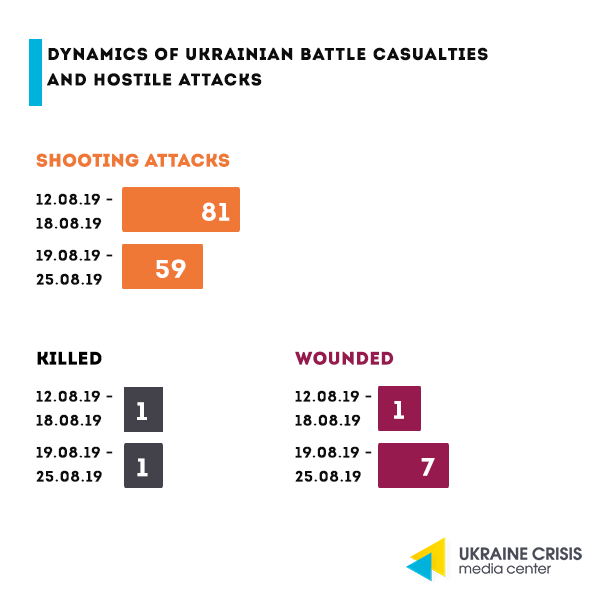 On August 24 Ukraine marked the Independence Day. Instead of a military parade the March of Dignity walked in downtown Kyiv. 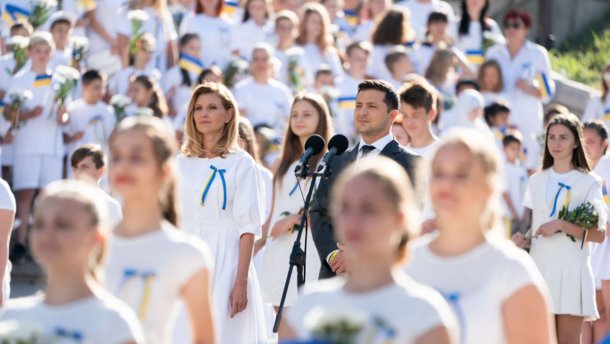 March of Dignity. Ukraine’s prominent medics, professors, athletes and diplomats walked to join the March of Dignity starting at the Maidan square and ending in the European square. The central piece became Ukraine’s anthem performed by Daryna Krasnovetska and the National Orchestra of Ukraine, composer Myroslav Skoryk, singers Alina Pash and Tina Karol as well as by opera singers. Among other musical pieces that played during the celebration was the one produced by Yevhen Filatov aka The Maneken, sound producer of ONUKA band.

The celebration was directed by the music video director Alan Badoev. He said the work he and his team did was “a challenge they accepted.” Viewpoint on the celebration expressed by these prominent Ukrainians is generally controversial.

Ukraine’s fifth President Petro Poroshenko was not present in the box for Presidents during the official ceremony marking the Independence Day in Maidan. So the Presidents missing were just him and Viktor Yanukovych. Hromadske TV got a comment from Poroshenko’s team explaining that the former President did not show up reacting to the parade cancellation.

During the reception for Presidents outside the Maryinskyi Palace held after the March of Dignity Poroshenko joined Volodymyr Zelenskyi, Leonid Kravchuk, Leonid Kuchma and Viktor Yushchenko. 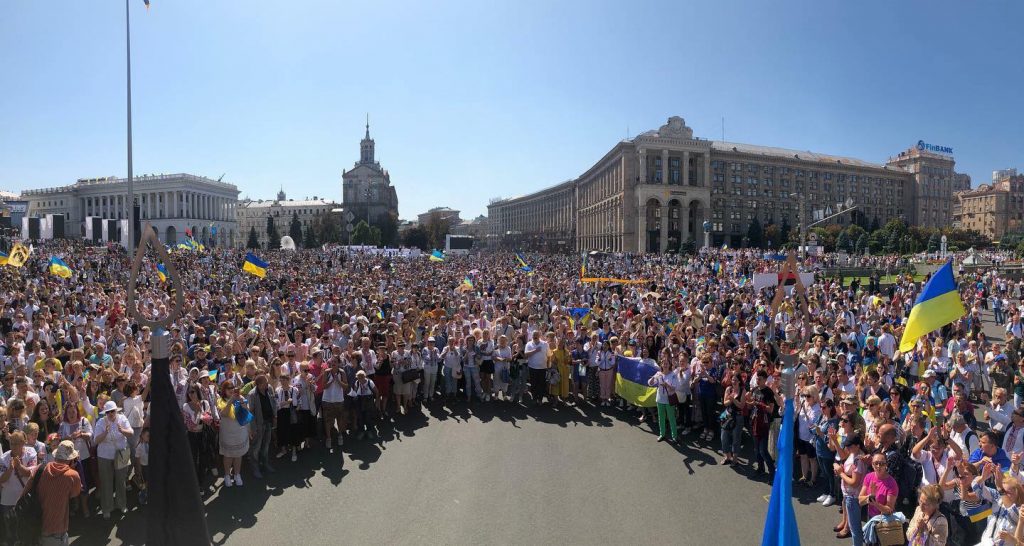 The March started at about 11:30 from the park across the Taras Shevchenko University. Widows and mothers of those killed in action in Donbas walked in the head of the column. People chanted “Thank you!”, “Glory to the heroes!” and kneeled as the march participants were passing by.

Organizers say about 15 thousand people took part in the March. 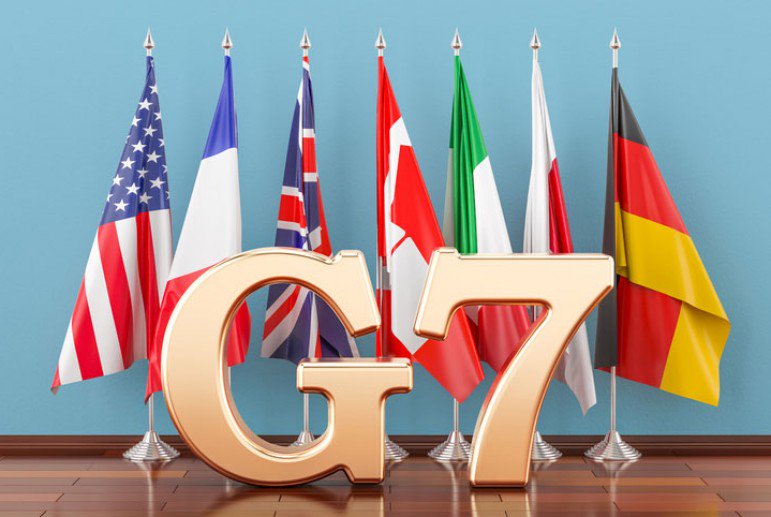 Russia was expelled from the G8 in 2014 after it illegally annexed Crimea. Since then representatives of the Western countries have been repeatedly stating that Russia’s participation in the G8 is linked to the “Crimean issue” and Russia’s adherence to the Minsk agreements that are to end the conflict in Donbas.

The US, Japan, Germany, the UK, France, Italy and Canada are G7 members.

Trump’s position. At the summit held in Biarritz, France, the US President Donald Trump struggled against his colleagues – G7 leaders over his desire to get Russia back into the group, reports Guardian quoting diplomatic sources. They say Trump was insisting that the President of the Russian Federation Vladimir Putin should to be invited back five years after Russia was expelled from the G8 after Crimea annexation. According to the sources among the leaders present at the summit, Italy’s outgoing Prime Minister Giuseppe Conte was the only one who supported Trump’s idea, Japanese Prime Minister Shinzō Abe took a neutral stance.

Ukraine’s reaction. The President of Ukraine Volodymyr Zelenskyi said that Russia can be back to the G7 only after it stops its aggression against Ukraine.

“Return of the occupied Crimea, end of combat actions in Donbas and liberation of over 100 political prisoners and Ukrainian sailors held by the Kremlin will become a true serious signal to the world that Russia is ready to take its place in the agenda of high-level diplomacy,” Zelenskyi stated.

“Dear Mister President of Ukraine, you were palmed off a senseless collection of letters,” she wrote on Facebook. Zakharova said she will be “consulting” Zelenskyi on diplomacy “in a fraternal manner from time to time”.

Ukrainian political prisoners in Russia: will they be swapped soon?

Last week President Zelenskyi said that the first results in the exchange of prisoners between Ukraine and Russia are to be expected in the coming days.

“We are expecting results step by step. First results should be in the coming days. I don’t want tobe projecting,” he said. On the same day the Commissioner on human rights in Russia Tatiana Moskalkova arrived in Kyiv.

The purpose of her visit was not officially named, yet it takes place against a backdrop of media reports on the possible prisoner swap between Ukraine and Russia.

Russian newspaper “Kommersant” reported that there is a chance that by the end of summer sailors captured in the Kerch strait will have been passed to Ukraine. The Kremlin has confirmed that the Russian President Vladimir Putin made contacts as to the exchange of detained persons with Ukraine.

Political prisoners swapped for G7 and sanctions? Reassuring news on the possible exchange can mean that negotiations about the price are on. What is Ukraine ready to give away to get its people back? Deputy Foreign Affairs Minister of Ukraine Olena Zerkal assumed that Russia is trying to link the liberation of Ukrainian sailors to revocation of sanctions and its return to high-level meetings.

In her interview to “Interfax Ukraine” she made an assumption that sailors can be back in Ukraine by December.

“In my opinion they will have been back by December for sure. Putin will be trying to link these issues to sanctions and its return to the format of high-level meetings and other issues. Sailors’ case will be his coin to exchange,” Zerkal said.

To remind, Russia is prosecuting Ukrainian sailors as criminal suspects who violated the state border. Ukraine considers them prisoners of war and demands their unconditional release.

The International Tribunal for the Law of the Sea considered Ukraine’s appeal and bound Russia to release all 24 Ukrainian sailors. The Kremlin has ignored the Tribunal’s order.

What will the new Parliament be like, when to expect the new government formed? 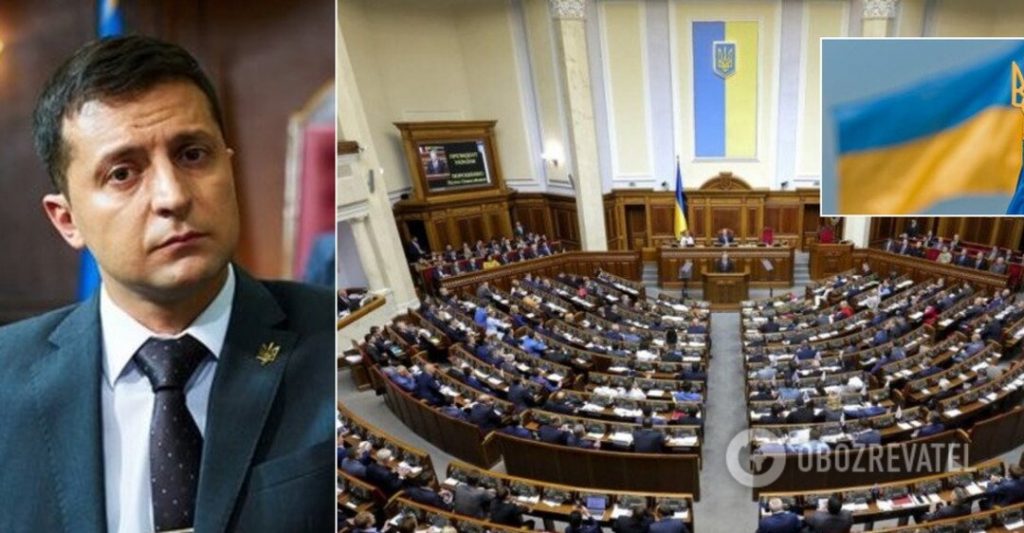 Newly elected MPs are ready to go. The first sitting of the Verkhovna Rada will take place on August 29. The future MPs started struggling for the top seats in the Parliament’s and for the committee seats. Sources say Petro Poroshenko and Svyatoslav Vakarchuk applied for membership in the same committee – that on foreign policy.

When will the government be formed?The new Prime Minister will be named on August 29, promised the future head of Ukraine’s biggest faction ever Davyd Arakhamia. Four main candidates running to be the next Prime Minister named earlier are deputy head of the Presidential Office Oleksiy Honcharuk, Head of the National Security and Defense Council Oleksandr Danylyuk, investment banker and former Minister of Economic Development Aivaras Abromavicius and Head of the Board of Directors at Naftogaz Andriy Kobolev. Honcharuk’s chances are the highest.

Which Ministers of the previous government will serve? The future head of faction Arakhamia also named three ministers who can remain in office after the new Cabinet of Ministers is formed, they are Interior Minister Arsen Avakov, Healthcare Minister Ulana Suprun and Finance Minister Oksana Markarova. According to the sources of “Ukrainska Pravda” (Ukrainian truth) the Ministry of Justice will be headed by Iryna Venediktova who was elected MP by the party list of the “Servant of People”, Avakov will get promoted to the Vice Prime Minister on law enforcement, Markarova will remain the Finance Minister. Prime Minister will be Oleksiy Honcharuk.