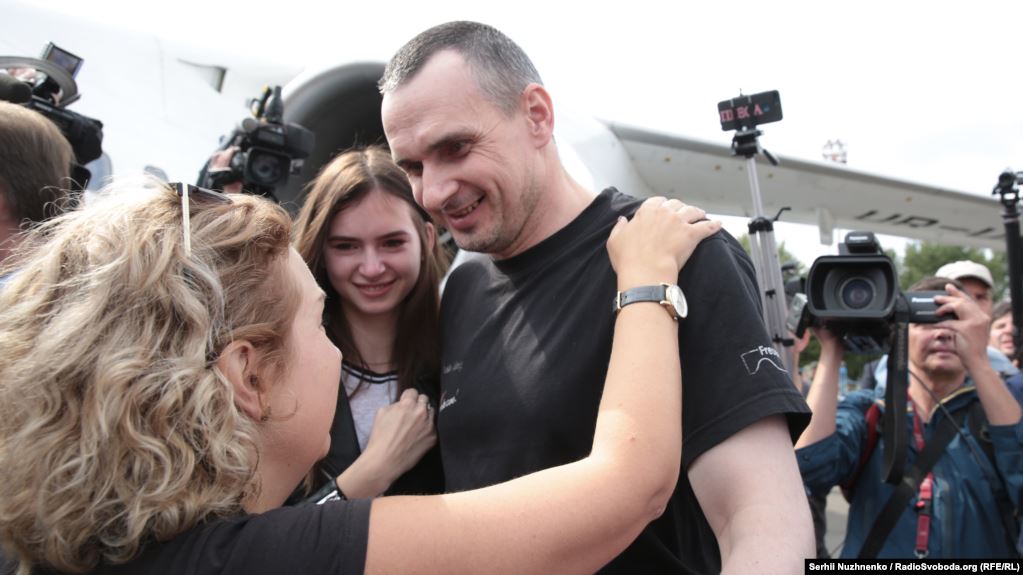 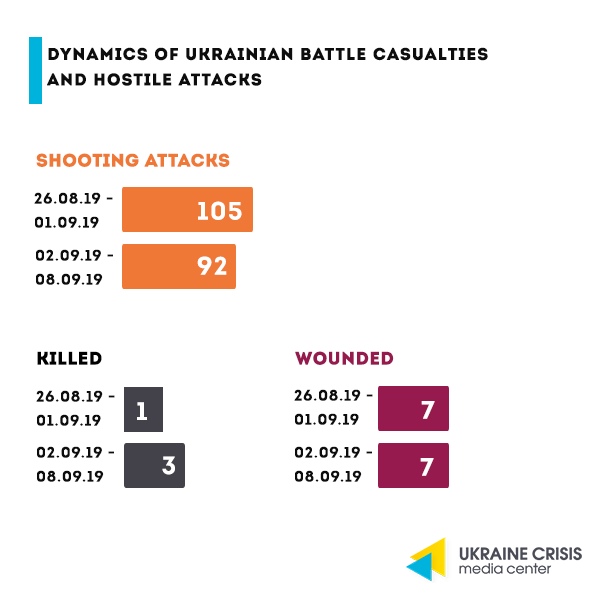 Rebuilding the bridge in Stanytsia Luhanska. According to the Luhansk military-civic administration, on September 7 in the government-controlled area a Ukrainian company continued preparation construction works to widen and cover with asphalt part of the road between the control point across the contact line and the bridge in Stanytsia Luhanska across the Siverskyi Donets river. The State Emergency Service was clearing the roadside from possible explosive devices but stopped 125 meters away from the damaged bridge section as the other side failed to provide them with security guarantees. According to the OSCE Special Monitoring Mission, on September 6 the State Emergency Service used a crane to take off Ukrainian flags between the foundation along the road and the ruined section of the bridge.

Reconstruction of the damaged bridge in Stanytsia Luhanska was presented by President Zelenskyi as a start of the lasting ceasefire. In late July the Trilateral Contact Group agreed to have the areas adjacent to the bridge demined. Last week the Ukrainian side started dismantling the last fortification in the area demonstrating its readiness to commence rebuilding of the bridge. 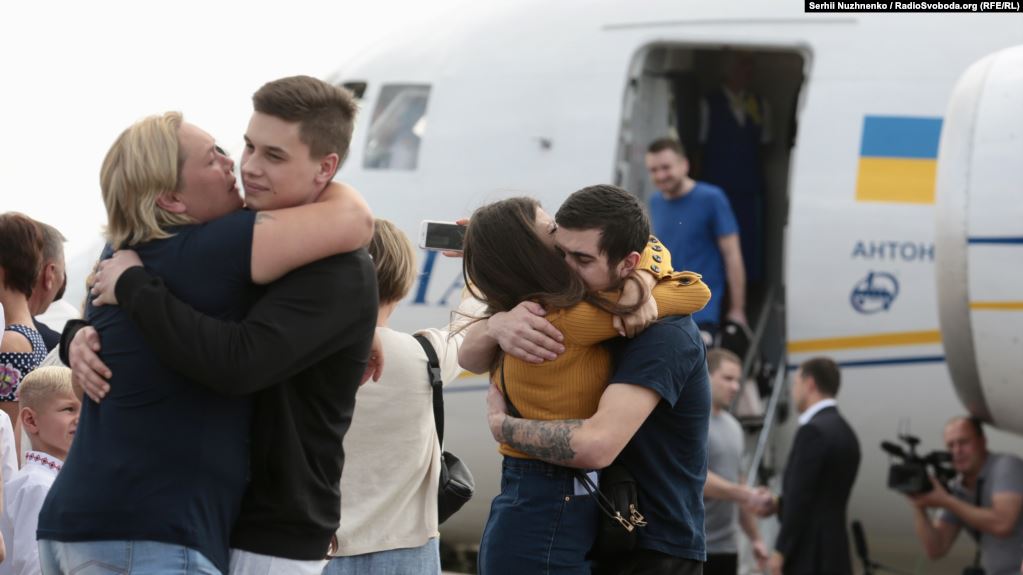 On September 7 Ukraine’s 24 sailors and 11 political prisoners returned back home. The long-awaited event was warmly welcomed and widely celebrated in the society. At the same time there are questions on the price paid for the return as well as potential risks for international policy particularly in the view of the fact that one of the conditions to free Sentsov was passing to Russia an important actor in the MH17 case Volodymyr Tsemakh. Tsemakh was captured and transferred from the occupied territory in Donetsk region in late June 2019. In course of this operation a Ukrainian serviceman was killed. On September 7 Tsemakh was transferred to the Russian Federation.

The “35 per 35” formula was applied to the swap. Eleven political prisoners, 22 illegally captured sailors and two staff members of Ukraine’s Security Service returned back in Ukraine.

Agreements on the exchange: the timeline. The process officially kick-started on August 7, 2019 when President Zelenskyi is said to have read the daily military report that mentioned four Ukrainian troops were killed in action on the previous day. Zelenskyi is also said to have called Vladimir Putin. Office of the President of Ukraine released a statement emphasizing the need for an urgent Normandy format meeting and, as it turned out, prisoner swap was a key part of the negotiations.

On the Ukrainian side the group was chaired by Andriy Yermak, advisor to the President. Ukraine’s Parliamentary Commissioner for Human Rights Liudmyla Denisova was part of the group. She travelled to Russia several times and became sailors’ guarantor for the release. Deputy head of the President’s Office Kyrylo Tymoshenko was responsible for logistics of the exchange and was agreeing it with the Kremlin.

First agreements – liberation of sailors. At first the negotiations solely regarded the Ukrainian sailors captured in the Kerch Strait. Before the Independence Day Ukrainian media learnt that Ukraine’s agreements with the Russian side may expand.

When was the list extended and what is the price? In late August the names of journalist Roman Sushchenko, film director Oleg Sentsov, civil activists Mykola Karpiuk, Volodymyr Balukh and Oleksandr Kolchenko were added to the list.

The Ukrainian side voiced these names after the negotiations when Putin asked Zelenskyi to free the RIA Novosti editor-in-chief Kyrylo Vyshynskyi. According to “Ukrainska Pravda”, Putin agreed to swap Sentsov, Kolchenko and other Kremlin’s hostages after Kyiv promised to pass them Vyshynskyi.

Who else remains in Russia’s captivity? Ukrainian Ombudswoman Liudmyla Denisova said that over 110 Ukrainians remain in Russian prisons, many of them are Crimean Tatars.

Zelenskyi said the liberation of the Crimean Tatar activists from Russian jails will become the second stage of the Ukrainian-Russian prisoner exchange. Ukraine’s Foreign Affairs Minister Vadym Prystaiko said that the work to free all Ukrainians in Russia continues despite the complexities.

Sentsov’s first words after the liberation. The photo of Oleg Sentsov stepping off the plane became a sensation inside and beyond Ukraine. Sentsov made his first statement at the Boryspil airport: “Greetings to all. Today is a good day indeed. Me and the guys we are very happy to be in our native land. We would like to say a huge thank you to all the people who were helping us and our families all these years, who were fighting for us, who were demanding our release and finally they made it. Thank you very much. I hope that all other captives will be freed soon. Even with our last prisoner released, our fight does not end there. It is still too far to the victory,” the film director said. Oleg’s daughter met him at the airport, next day rest of his family – his mother and son from Crimea started to Kyiv.

President Zelenskyi’s statement. Zelenskyi gave a press briefing, he said agreements on the swap remain unchanged and reconfirmed his intention to bring all Ukrainian captives back to Ukraine. He also said that the key witness in the MH17 case Volodymyr Tsemakh was questioned by the Dutch investigators before he was transferred to Russia.

Volodymyr Zelenskyi also had a phone conversation with Vladimir Putin, the parties are said to have emphasized that they are content with the first stage of agreements implemented on the way towards normalization of the dialogue.

Tsemakh’s case as seen by President Zelenskyi. On September 9 “Ukrainska Pravda” published an interview with Andriy Yermak, aide to President Zelenskyi and head of the Ukrainian side of the working group on prisoner exchange with Russia, in which Yermak presented the vision of the President’s administration. He said liberation of Volodymyr Tsemakh, former head of the “air defense brigade” of the “DPR” and witness of the MH17 downing, should not become a reason for reconsidering Ukraine’s relations with its western partners.

Yermak also insists that Ukraine’s decision to pass Tsemakh to Russia was made while in a dialogue with Ukraine’s international partners and the Netherlands in particular. “I can confirm that President Zelenskyi had consultations with some EU leaders and all the procedures regarding Tsemakh that the Dutch side insisted upon were implemented. They were able to finalize everything they wanted as part of the investigation. (…) As to the political consequences, our partners’ position is based not only on this case. There is a whole set of arguments on which the decision on sanctions is based. I don’t think that Tsemakh’s liberation will become the reason for our partners to reconsider relations with us,” Yermak said.

Position of the former Prosecutor General Lutsenko on the swap and on Tsemakh. Yuriy Lutsenko is of the opinion that the situation with Tsemakh could not be “holding back the release of Ukrainians some of whom stood against the Kremlin in a courageous way for years”. The former Prosecutor General wrote on Facebook: “I would like to say to everyone who whispers or screams out loud about the betrayal: the Ukrainian side postponed the exchange and made each and every effort (already after my resignation) in the given situation. Tsemakh was interrogated. He refused a deal with prosecution. We have no right to pass him to the Netherlands because of a constitutional provision. The Dutch will be able to try him in absentia, in the same way as other first four suspects in March 2020.” 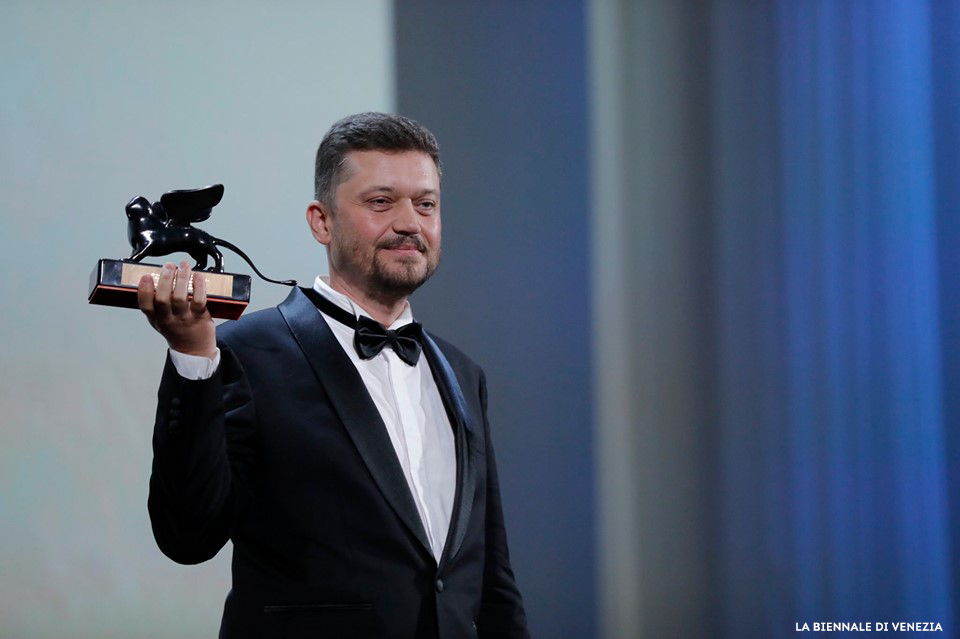 Ukrainian film “Atlantis” by Valentyn Vasyanovych won the Best Film prize in the “Horizons” (Orizzonti) section, a competition program at the 76th Venice International Film Festival. “Horizons” screens films that represent new trends in cinematography by their aesthetics or expression methods. Winning in a competition program at an A-list film festival is regarded as a big achievement in the world of cinema. “Atlantis” is a feature-length fiction film produced with the support of the Ukrainian State Film Agency. The film director Vasyanovych is also the director of photography, screenwriter and editor of the film.

“Atlantis” is set in Donbas in 2025. The war with Russia ended leaving a lifeless desert. The protagonist – war veteran Serhiy suffers from PTSD. The smelter where he works shuts down and Serhiy joins the “Black Tulip” (Chornyi Tulpan) mission that searches for the remains of the killed at war. Key actors in the film are non-professionals: Andriy Rymaruk is a logistic specialist at the “Come Back Alive” (Povernys’ Zhyvym) fund helping the army, Liudmyla Bileka is a paramedic and Vasyl Antoniak is a volunteer soldier. “The theme of the war in the east of Ukraine is the most acute and urgent topic for me,” Valentyn Vasyanovych wrote in his director’s statement. “In a few years, there will be no drinking water in this region, and Donbas will turn into a lifeless desert like Chornobyl.” Follow the link to watch a film excerpt and read the review by Cineuropa.org.