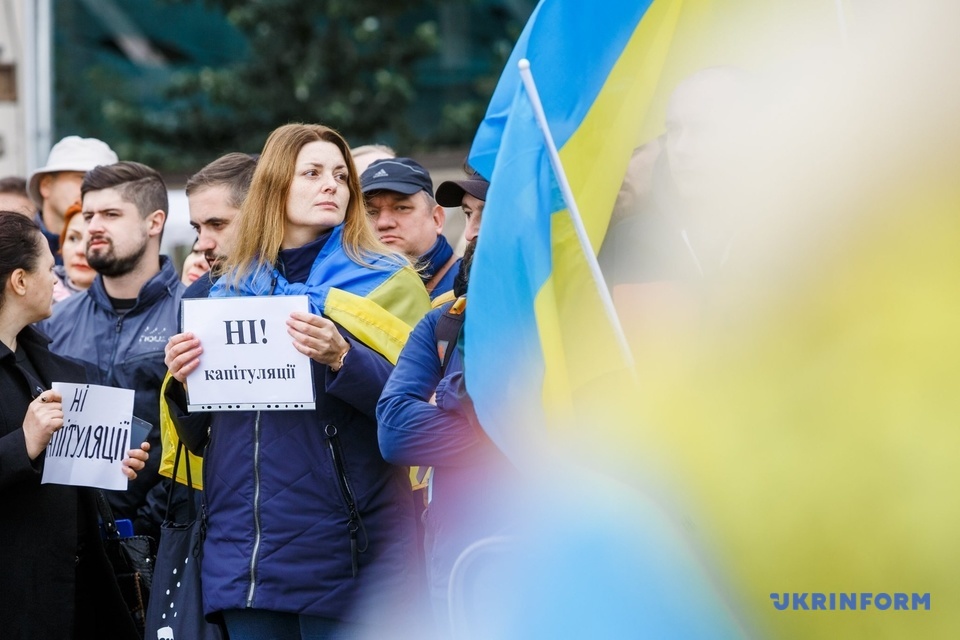 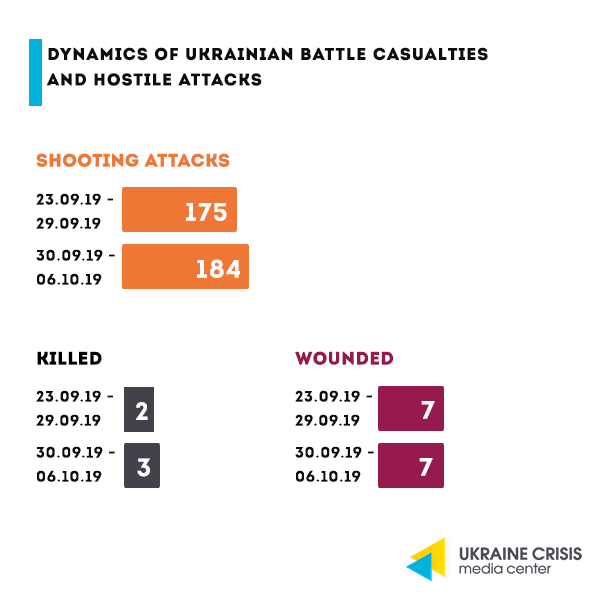 During one of the attacks Russian proxies used an unmanned aerial vehicle carrying grenades aiming to maximize the impact on Ukrainian troops.

In violation of the Minsk agreements Russia-backed militants fired from large-caliber machine guns and small arms in the areas of disengagement of troops and weapons outside Zolote and Bohdanivka.

Protests against the “Steinmeier formula” 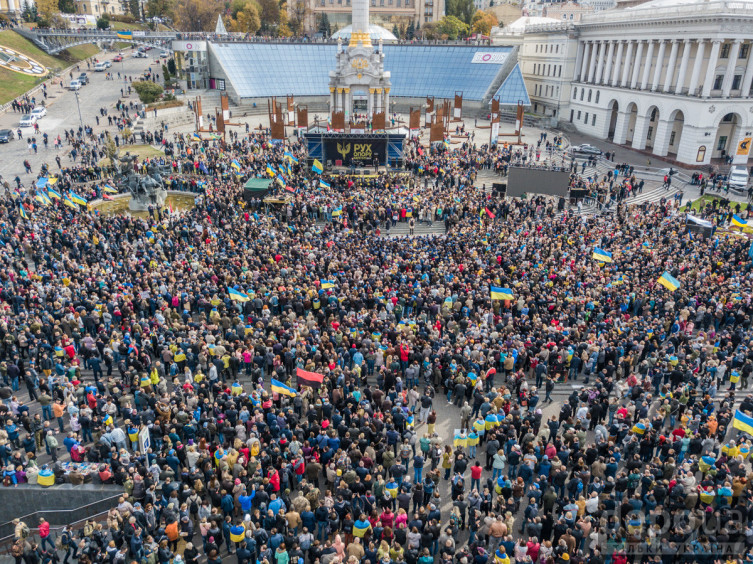 On October 6 on Maidan square in Kyiv people rallied against the so-called “Steinmeier formula” for peace settlement in Donbas. Participants of the rally protested against the “capitulation”.

As per police estimates, about 10 thousand people took part in the rally. No violations of public order were recorded.

Participants of the Viche (public assembly) are concerned that holding elections in the occupied Donbas and assigning a special status to these territories contradicts the Constitution of Ukraine. They demand that Russia leaves Crimea and Donbas unconditionally, while Ukrainian authorities should not be accepting any compromises.

Similar rallies took place all across Ukraine. Thus, in Kharkiv about one hundred people gathered on the central square. 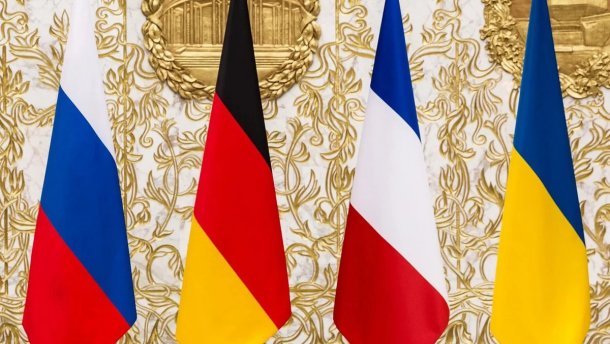 “The disengagement was supposed to start today, indeed it was agreed upon in Minsk by our negotiation team. (…) Unfortunately a few days ago Petrivske and Zolote came under fire. As you may remember our decision was that the disengagement starts on the seventh day after peace stands on a particular site and there are no attacks,” Prystaiko said.

To remind, on October 1 the Trilateral Contact Group in Minsk agreed to disengage forces outside Petrivske and Zolote. As the next step the date for the Normandy Four meeting should be set, the Kremlin stated.

Ukraine’s Defense Ministry said that the Armed Forces are technically ready to the disengagement of troops in Petrivske and Zolote. OSCE stated that disengagement is supposed to start on October 7. 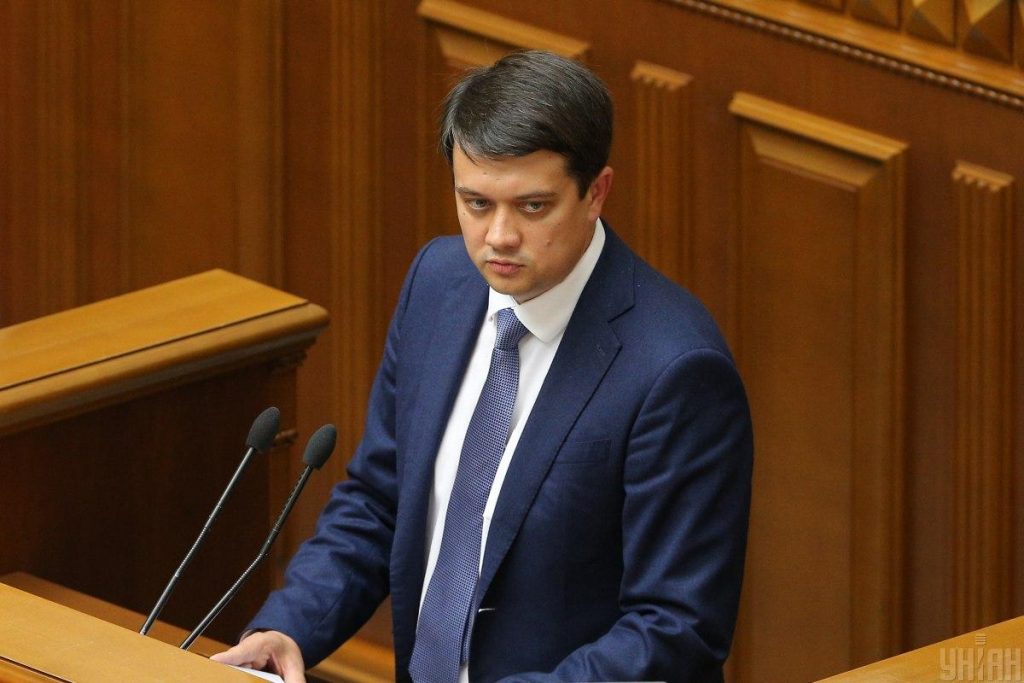 Not a single “red line” will be crossed as the law on the special status of Donbas will be drafted, reassured the Head of the Parliament Dmytro Razumkov in a TV show on “Ukraina” channel on October 6.

The parliamentary chief emphasized that “no one will violate the previously set ‘red lines’ as Ukraine’s territorial integrity and sovereignty depend on them.”

“Elections are the cornerstone. Elections can be held based on the Ukrainian legislation only, it is one of the red lines that we’ve outlined. Secondly elections can take place only when there are no machine guns, tanks or other weapons. All this makes holding elections impossible. When the security component is achieved (…), we will be able to hold the elections in the currently occupied territory based on the Ukrainian legislation only. When we get the control over the border, when OSCE recognizes these elections, the so-called new law on the special status of Donbas will come into effect,” he said.

According to Razumkov, the law “should be drafted with engagement of experts, civil society, Verkhovna Rada, Office of the President and foreign partners” so that no one gets the idea that the new law on the special status foresees Ukraine’s federalization.

“We understand that the so-called law on the special status of the temporarily occupied areas expires this year. A new mechanism, a new law needs to be found, and the President said so, he said it would be a public position. (…) It will not be drafted in the Office of the President or in a closed parliamentary committee. The law will be drafted together with the society, because the issue is very important to the whole country,” he added.