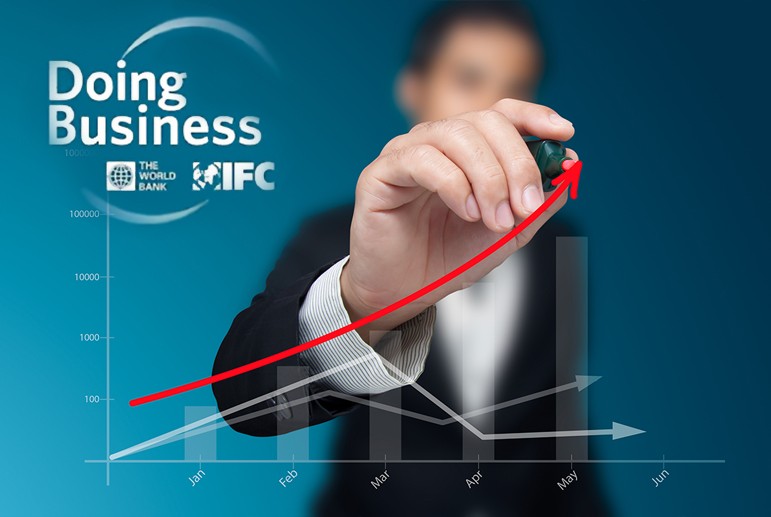 What is the “Doing Business” ranking?

“Doing Business” is the ease of doing business ranking compiled annually by the World Bank. It benchmarks business regulation in 190 countries. The report results froma comprehensive research of business regulation aspectsin  each of the economiesbased on 10 key indicators.

The ease of doing business index is one of the key markers for businesses when deciding to invest in a chosen country.

According to the data by the World Bank this year Ukraine’s six indicators out of ten total that affect the ranking experienced a positive change.

Ukraine’s record leap. Sixty-fourth is Ukraine’s highest position ever in the “Doing Business” ranking. Since the first edition of the index in 2006 Ukraine’s positions were not the best ones. Only in 2015 the country entered the top hundred.

Which factors affected the ranking? The biggest progress (+27 points) was demonstrated for the indicators “protecting minority shareholders” and “dealing with construction permits” (+10 points).

There were positive developments on other indicators: “getting electricity”, “trading across borders”, “registering property” and “getting credit”.

Commentary by the Prime Minister. Prime Minister Oleksiy Honcharuk said: “Ukraine going up seven positions in the Doing Business ranking at once is a self-explanatory result. It is a positive signal for Ukrainian entrepreneurs and a green light for foreign investors.

It is just the beginning and we continue working in this direction – three days ago the Bankruptcy Code came into effect, a few weeks ago – the law on encouraging investment, we are intensifying deregulation processes.”