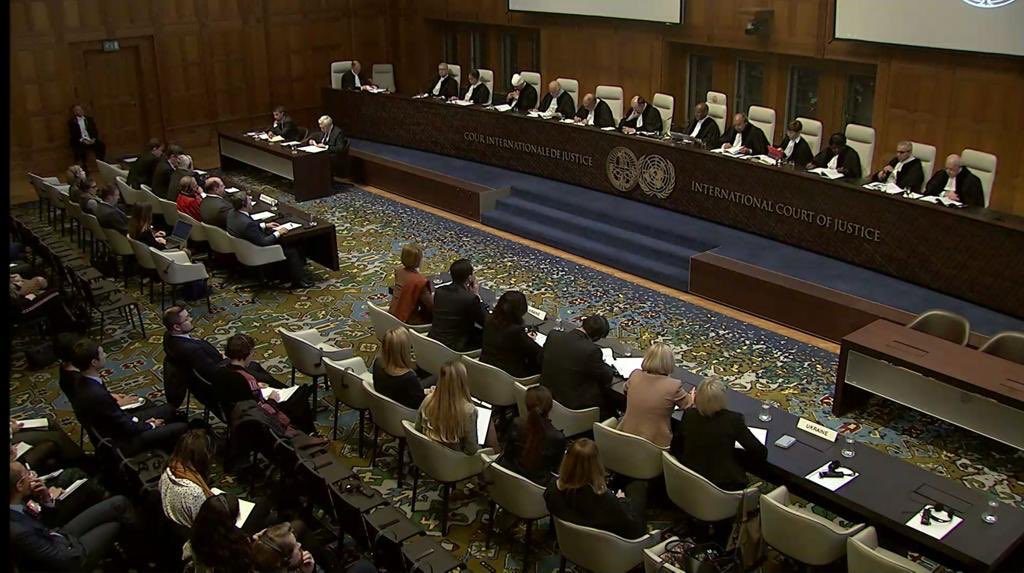 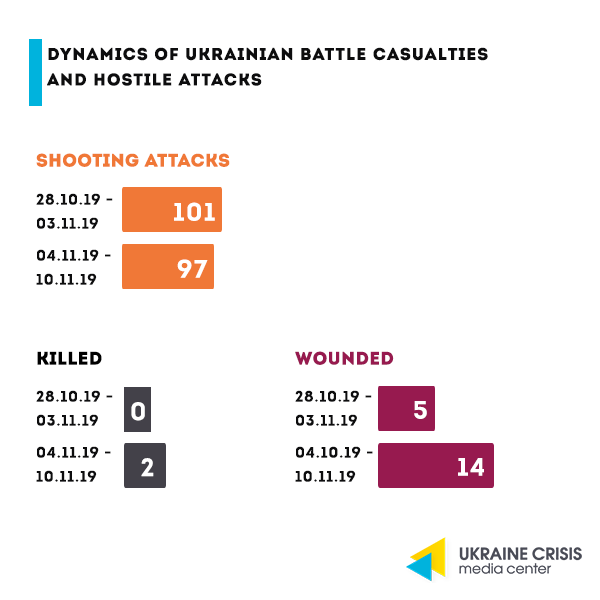 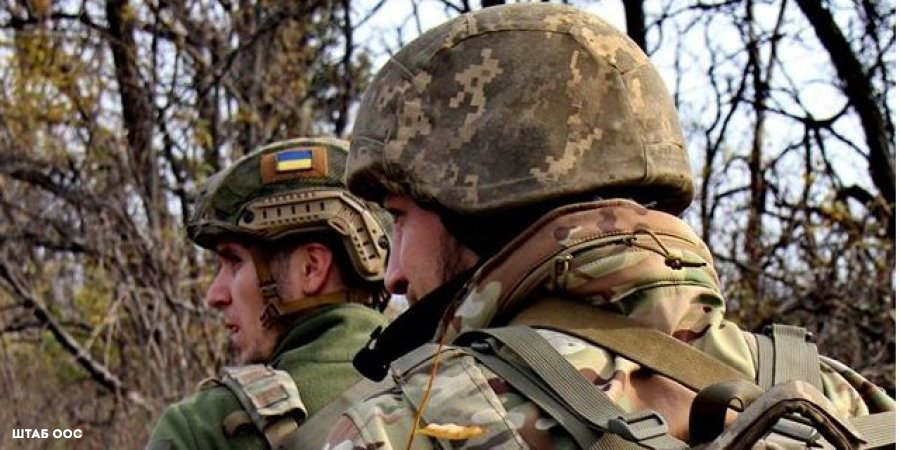 According to Interfax Ukraine, Ukrainian troops and Russia-backed “DPR” militants confirmed the start of disengagement and both launched green flares signaling the disengagement start.

Earlier they launched white signal flares to confirm they were ready to start the disengagement.

Novosti Donbassa report that OSCE monitors confirmed the launch of signal flares. Later the Joint Forces Operation Staff confirmed the start of disengagement of troops on the site. 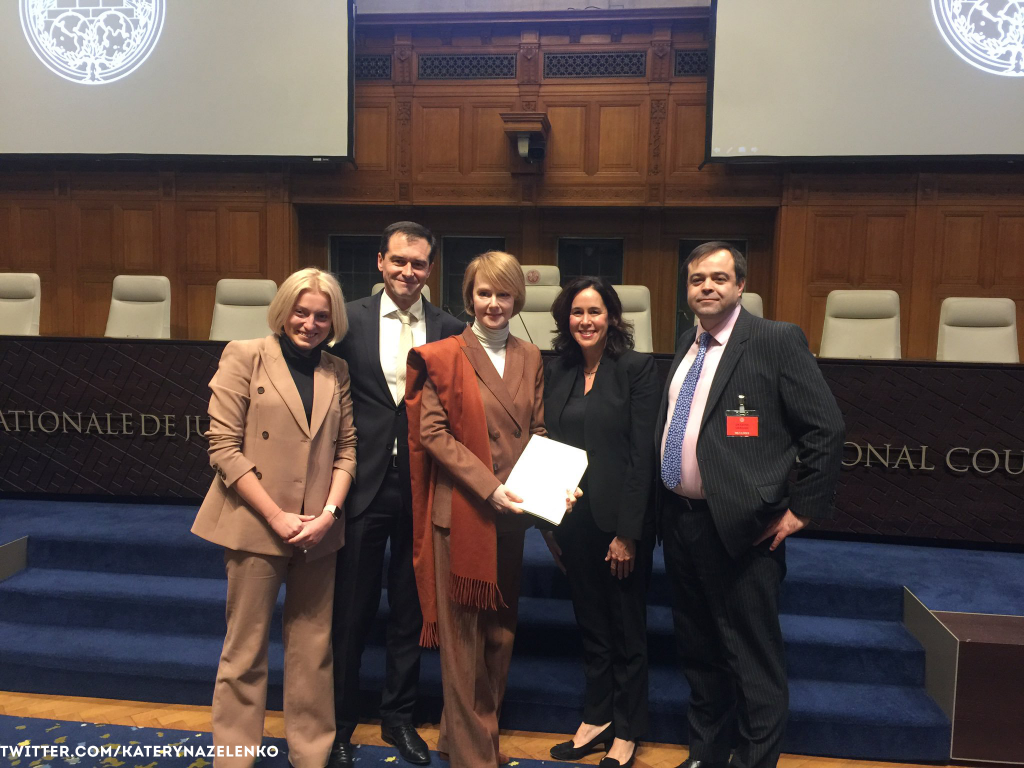 On November 8, 2019 the International Court of Justice (ICJ) issued a judgement in Ukraine’s favor recognizing it has a jurisdiction in the case brought by Ukraine against the Russian Federation.

The UN court did not issue a decision on merits but on the jurisdiction – confirming the possibility to apply and interpret the International Convention for the Suppression of the Financing of Terrorism to the events in Donbas as well as to apply the International Convention on the Elimination of All Forms of Racial Discrimination to cases of the Crimean Tatars’ rights violation in Crimea.

Commentary by Ukraine’s Foreign Affairs Ministry. “Despite Russian Federation’s efforts to avoid responsibility for its numerous violations of international law, today the Court has delivered its final judgement rejecting objections raised by the Russian Federation on the jurisdiction. Furthermore the Court agreed that Ukraine’s claims were duly submitted for the Court’s consideration. All claims by Ukraine concerning terrorism financing in Ukraine and racial discrimination in Crimea will become subject in trials on merits. It is an undisputed victory,” wrote on Twitter Kateryna Zelenko, spokesperson of Ukraine’s Foreign Affairs Ministry.

What will happen next? The court will proceed to the merits stage of the proceedings. The court also emphasized that Ukraine has respected all the procedural pre-trial procedures.

“Following the judgement issued today Ukraine is ready to present its case on the merits to the International Court of Justice. As the next step it is expected that the Court will set the time-limit for the Russian Federation to submit the Counter-Memorial. After next submissions the Court will hold a trial on merits where Ukraine will be able to present its case in full,” Ukraine’s Foreign Affairs Ministry stated.

Commentary by the former Foreign Affairs Minister of Ukraine Pavlo Klimkin.“What the Russian Federation has been doing in Donbas will be subject to consideration by the International Court of Justice. Today’s decision will cost Russia a pretty penny in all senses. It sets an international precedent and is a response to those whining that there are no levers against the aggressor. There are ones, one needs to fight for them,” wrote on Twitter former Foreign Affairs Minister of Ukraine Pavlo Klimkin.

Position of the Russian Federation. In September 2018 Russia made its preliminary objections to the Court’s jurisdiction to consider Ukraine’s claim. Back then Ukraine called on the judges to recognize the jurisdiction and proceed to the merits.

Russia expects that when considering the case “Ukraine against Russia” on merits the International Court of Justice will turn down all claims by Ukraine, reads a statement on the web site of the Russian Foreign Affairs Ministry.

“The Russian Federation expects that at the stage of an examination of the merits the International Court of Justice will take into account Russia’s position in full and will leave unsatisfied all Ukraine’s claims. Until December 8, 2020 Russia has time to present its counter-arguments on the merits,” they say in Moscow.

Context: when and where it started? To remind, in January 2017 Ukraine presented a claim against the Russian Federation seeking reparation for damages suffered due to the systematic violation of the International Convention for the Suppression of the Financing of Terrorism and of the International Convention on the Elimination of All Forms of Racial Discrimination by Russia.

On April 19, 2017 in The Hague the International Court of Justice issued the decision on the International Convention on the Elimination of All Forms of Racial Discrimination binding Russia to ensure that the rights of Crimean Tatars in the annexed Crimea are respected, unban Mejlis and guarantee that education in Ukrainian is available.

At the same time the Court ruled that Ukraine did not provide enough evidence to introduce provisional measures against the Russian Federation for alleged violations of provisions of the International Convention for the Suppression of the Financing of Terrorism.

Ukraine accuses the Russian Federation in financing the armed groups that caused or supported the downing of the MH17 flight, acts of terrorism in Mariupol, Kramatorsk and Volnovakha. Ukraine demands full reparation for the shoot-down of Malaysia Airlines Flight MH17.

New opinion poll held in occupied territory: a trustworthy one? 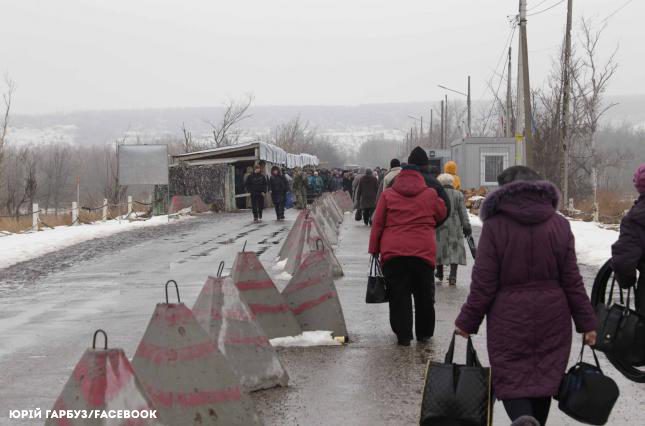 NGO Ukrainian Institute for the Future and Ukrainian newspaper “Dzerkalo Tyzhnia” (Mirror of the Week) commissioned the New Image Marketing Group to hold a public opinion poll in the occupied territory. The survey was conducted face-to-face between October 7 and 31, 2019. A total of 1606 respondents were interviewed: 800 in the uncontrolled part of Luhansk region and 806 in the uncontrolled part of Donetsk region. We herewith quote its key findings.

Citizens of Ukraine, ORDLO or Russia? According to the survey 57,8 per cent of residents in the temporarily uncontrolled territories of Ukraine in Donetsk and Luhansk regions (ORDLO) identified themselves as Ukraine citizens. At the same time 41,6 per cent of ORDLO residents have passports issued by “DPR”/”LPR” (34,8 per cent) or by Russia (6,8 per cent).

The future of the occupied territory. Half of the residents in the occupied territories in Luhansk and Donetsk regions – 50,9 per cent are convinced that the actual uncontrolled territories have to become part of Russia, 13,4 per cent think that “LPR” and “DPR” have to become part of Russia enjoying a special status. A special status for the area within Ukraine is desired by 13,4 per cent. A slightly higher number of respondents – 16,2 per cent insist that the area should be independent.

Attitude to Putin. The opinion poll shows that ORDLO residents have biggest trust in the President of the Russian Federation Vladimir Putin– 11,2 per cent. When answering the question respondents were asked to write down names instead of choosing them from the list.

Firstly, it is clear that it is technically complicated to organize a survey that would get honest answers from people in the occupied territory.

Secondly, results produced by the New Image Marketing Group are questionable. The company was put on the list of pseudo-sociologists (compiled by journalists of “Texty”) after it was seen producing pre-election manipulations a number of times including the ones that included rankings obtained through opinion polls. One of its representatives, Andriy Prokopenko is also on the list of “pseudo-sociologists”.

Andriy Prokopenko is the actual head of the regional state administration of Chernihiv region. Recently – on November 2, 2019 he was appointed to the post by President Zelenskyi. Earlier Prokopenko cooperated with Zelenskyi’s campaign office and that of his party “Servant of the People” as a political technologist.

Thirdly, the Ukrainian Institute for the Future that commissioned the survey together with the “Mirror of the Week” is a think-tank that has been cooperating with Zelenskyi since when the latter started running for President. The organization is also linked to the Deputy Interior Minister Anton Heraschenko.

Another example illustrates the organization’s ties with Zelenskyi’s team – Halyna Yanchenko, wife of the Institute’s executive director Viktor Andrusiv, got a parliamentary seat and is in the top five in the “Servant of the People” party list.

It is not yet possible to say how different the true moods of residents in the occupied areas are and to which side they incline more. It is though quite clear that the data obtained through an organization with questionable reputation – seen using “opinion polls” for political manipulations and potentially linked to authorities will unlikely contribute to resolving the Donbas issue in a due manner.

The Kremlin’s spiral of escalation and disruption

How Moscow uses military pressure to raise the stakes in negotiations

Over the last 5 years Kyiv, Berlin and Paris have been entangled in a complex process of negotiations with Moscow to bring the end to a war that has already claimed more than 13,000 lives and left 1.5 million people without homes. There is, however, a distinct pattern to these negotiations — the escalate-and-disrupt model behind them. This model has been favored by the Kremlin to settle the most favorable conditions for the next round of negotiations by creating high pressure on adversaries. Read more >>>